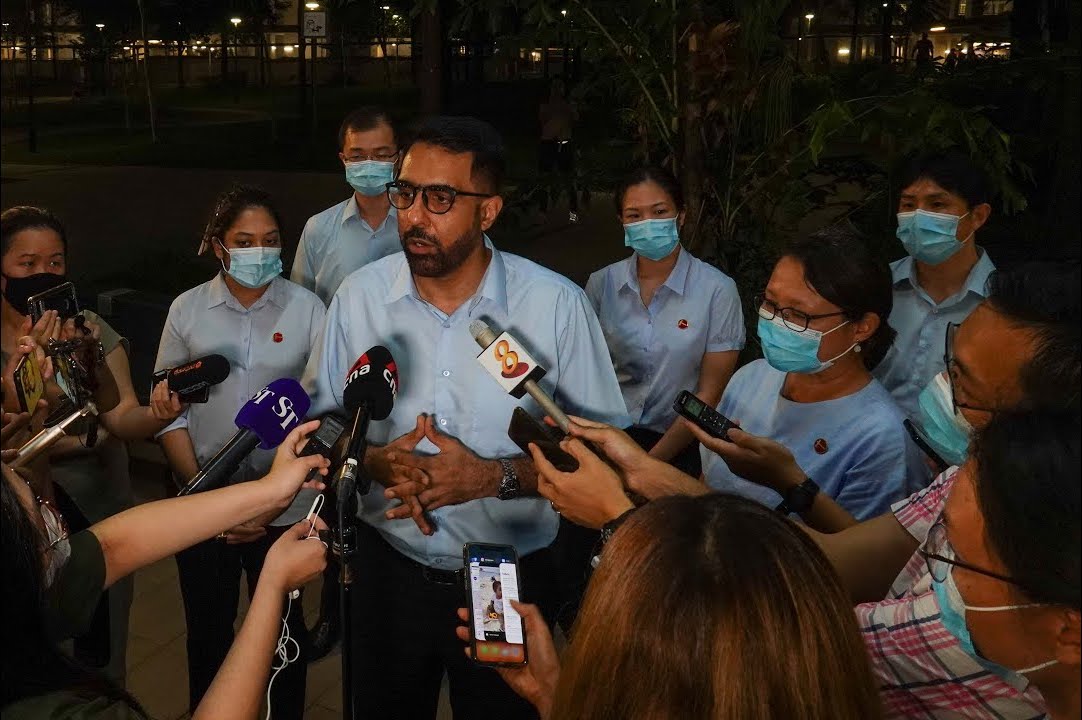 It’s perfectly reasonable to say that anyone running for political office should expect to explain things they’ve said in the past. A healthy democracy, after all, entails being able to scrutinise all our political candidates rigorously.

But democracy, as a social contract, also rests on a few other things.

One, that this scrutiny be levelled proportionately and fairly. Two, recognising that calling out injustice—however imperfectly—is absolutely not the same as perpetuating it.

Three, that we can disagree without bulldozing each other into submission. Four, that the leaders we trust with elected office conduct themselves with dignity.

The vilification of Raeesah Khan—and the campaign period on the whole—have shown that we are doing poorly on all fronts. Our politicians’ instinct to sling mud, intimidate, and weaponize difference remains as alive as it was in the 1960s. This, not a few Facebook posts, is what might truly divide us.

Raeesahgate came near the end of a frankly disappointing campaign period—all the more because it could, and should, have gone very differently. This, after all, is supposed to be an existential election directing Singapore’s path out of Covid-19, and into the next few decades.

We could’ve had a constructive season focused on parties’ plans to address key challenges, like tackling inequality or creating meaningful jobs. Instead, the last week has just been ugly.

First, the prologue nobody asked for: Tan Wu Meng’s hit job on Pritam Singh, swiftly followed by Ivangate. Then came wrangling over the NCMP scheme, in which the PAP accused the Opposition of fear-mongering while doing the exact same thing.

The televised debate provided a refreshing glimpse into what (relatively) civil multi-party discourse might look like. Unfortunately, this was marred by dog-whistle xenophobia from some opposition parties, and quickly descended into ping-pong over the 10 million mystery. (Not to mention the PAP press release accompanying this, which compared Chee Soon Juan’s politicking to domestic violence.)

POFMA notices against the opposition began flying thick and fast, culminating in one against Dr. Paul Tambyah on Sunday night, just as Raeesah’s posts made the news. Throughout all this, the Internet was awash with gripes about gerrymandering, twisted (and hastily amended) headlines, and the toxicity of this campaign season.

Electioneering is never polite, and of course the whole point is that parties are out to score points. But while there is no duty to be nice, a line is crossed when taking cheap shots for political gain seems more valued than healthy discussion in the public interest.

What, after all, have the last few weeks achieved?

Bullying Pritam Singh, Raeesah Khan, and Paul Tambyah did not help us have generous, open discourse about the kind of future we want. It frustrated an electorate sick of having our sense of fair play insulted. And it bodes ill for our ability to have the difficult conversations necessary to take Singapore forward.

We’ve heard over and over again that Covid-19 is a grave threat to Singapore’s future. Collectively, we are running out of time to address the massive challenges lying ahead, be it inequality, climate change, or creeping nationalism.

There should be a similar expiry date on painting difference as villainy. Our government will find itself short on solutions if it keeps presuming that anyone across the aisle is out to wreck our social fabric, or tacitly endorsing police-reporting difficult questions into nonexistence.

When he announced the dissolution of Parliament on June 23rd, PM Lee stated that “Singaporeans and the Government must work closely together, with full trust and confidence in each other”. Many of the tradeoffs we might have to make in the coming years—for example, in restructuring our economy or rethinking our immigration policy—will go down much easier with an electorate which does not feel our goodwill has been abused.

It’s also worth noting that the police reports against Raeesah were allegedly made by a rogue supporter acting in bad faith, and with a history of spouting incendiary vitriol. The PAP could have distanced themselves from this, even if they felt that Raeesah should explain herself.

They could have shown grace and restraint, and urged voters to focus on the issues that matter for the few days left to the campaign. They could have gone high, not low, and probably scored major points with the electorate without having to do much at all.

Instead, they poured gasoline on the fire, and now the campaign has taken a decidedly bleak tone in its last legs.

This would seem less dire if Tan Wu Meng’s smear campaign and Raeesahgate were isolated incidents, but they were not. They were only the latest episodes in a long, sinister trend of weaponising difference.

During the 2011 elections, Dr. Vivian Balakrishnan and his Holland-Bukit Timah GRC teammates mounted a smear campaign against Dr Vincent Wijeysingha, and implied he was out to pursue “a [gay] cause in the political arena”.

One would hope we matured politically in the intervening years. But in 2019 alone, we were treated to the ePay/Preetipls saga, PJ Thum and Kirsten Han’s ill-fated trip to Malaysia, and Ong Ye Kung’s Parliamentary assassination of Alfian Sa’at. (This list is non-exhaustive.)

(Before you start crowing about bias: many opposition politicians have certainly not conducted themselves with grace. Lim Tean, for example, would give Viktor Orban a run for his money in the xenophobia stakes, and deserves to be called out for it. But for all this, they’re not in a position to browbeat voters.)

You could argue that this sort of gutter politics should just be dismissed. But last month, the ASEAN Parliamentarians for Human Rights (of which retiring PAP MP Charles Chong is a member) issued a report declaring that structural imbalances make Singapore’s elections neither free nor fair, even in the absence of irregularities or electoral fraud.

Bullying, after all, can take many forms beyond straight-up smear campaigns. It can look like our buy-one-get-four free GRC system, which compels voters to choose between anchor ministers or diversity in Parliament. Or emotional blackmail—“What would investors think?”—as though any other country would consider a 60-70% vote share a poor result.

Collectively, all this says: the PAP, for all its technocratic brilliance, has no interest in genuine competition or making the work of building this country a collaborative effort. It stings all the more given how voter literacy and civic engagement are perhaps the highest they’ve ever been (one of the heartening things to come out of this election).

In the long run, this would only encourage Singaporeans to believe our voices don’t matter, breed apathy and cynicism, and alienate us from our own political system.

None of this is healthy for a cohesive society. It should also be deeply worrying in light of how disenfranchisement and frustration have contributed to the rise of far-right populism around the world.

Finally, it should be heartbreaking to anyone who loves this country, regardless of political affiliation. And if the outcry on the Internet is anything to go by, young Singaporeans especially will not forget the ugliness we witnessed this election.

What happens on Friday is anyone’s guess, but Singaporeans’ already-fragile faith in our political culture is now badly bruised when we need it most.

The campaign season is now in its final day. It’s not a lot, but it is a window that must be seized to show a better way and where our priorities should lie. A lot is at stake in GE2020. It would behoove no party to win the election, but lose voters to bitterness and disillusionment.

A victory in numbers is not the same as one in spirit, and a political culture built on bullying will end in one long race to the bottom. If this election delivers a strong and clear mandate for anything, it should be for an end to this nonsense.

How has GE2020 made you feel about our political climate? Let us know at community@ricemedia.co.