Affiliation: The Elevator Up The Ivory Tower

I nodded in thanks to the smiling lady. My younger brother’s primary school registration wasn’t due until July, but there was a reason my parents–infamous procrastinators—had urged me to get things in order so early. It wasn’t some vague idea of school pride running in the family that had spurred my parents into this frantic state. No, their motivation lied in the prized pipeline this primary school offered, which would lead directly to university: affiliation.

The recent General Election debates have highlighted the inequities in our education system. Yet one component of the consequent discussion regarding elite schools has been noticeably absent—affiliation.

So you might ask, what’s the problem with affiliation?

As someone who has personally benefited from the policy, I am grateful for all the opportunities and resources I have received, and I know I may be ungrateful for biting the hand that fed me. After all, my entrance into Anglo-Chinese School (Independent) with a subpar PSLE score was only made possible due to my being from its affiliated primary school.

This is troubling. I remember looking down on those from other schools and wondering why they couldn’t do as well academically. After all, it was easy. The notes that school provided were concise and all I had to do to perform was to memorise them. Our class sizes were small, our teachers were attentive and always open for consultation.

It was only when I marched down from my ivory tower to help friends from other schools with their work that I realised just how deep the disparity in resources and instruction between schools could be.

One of the central pillars of the Singaporean education system is meritocracy, where equality of opportunity—at least at the beginning—is paramount. The existence of affiliation flies in the face of this premise. That’s not even considering that for students in primary schools with affiliation links like Singapore Chinese Girls’ School (Primary) or Catholic High School (Primary), their parents are already disproportionately wealthier compared to those from neighbourhood schools. It’s like a race where some participants get better coaching and run shorter distances but everyone is still held to the same standard.

The issues with affiliated schools run even deeper than that. I would argue that through affiliation, the student body is made more racially homogenous.

When you can count the number of Malay students in your cohort on two hands, there may be a problem with diversity. Forget inclusion, there’s barely even enough minority students for some schools to engage in tokenism. Now, this issue isn’t directly caused by feeder schools, but it is definitely exacerbated by it. Many schools with affiliation are rooted in certain religious communities and cultural groups, which are inevitably bound by their own racial and socio-economic circumstances. When working in tandem with other factors such as the Special Assistance Plan, affiliation becomes one of the tools through which an ethnically uniform student body is established.

Take a look at Singapore’s Cabinet, and you’ll see an assortment of ministers who studied in institutions like Anglo-Chinese School or St. Joseph’s Institution. This is just a small sample, but my point is that the upper echelons of Singaporean society disproportionately comprises those who are alumni of such schools. When such high-flyers lose interaction with minority groups, they may lack a certain sensitivity regarding other cultures—and that’s where passive racism may inadvertently rear its ugly head.

If you ask why schools continue this practice despite the perpetuation of inequality, they would stress how affiliation helps preserve school spirit. After all, common sense would dictate that someone who has been to Methodist Girls’ School (Primary) would feel greater loyalty towards Methodist Girls’ School (Secondary). But this is ignoring a crucial fact. Take a look at schools like Raffles Institution or the IB sides of Anglo-Chinese School (Independent) or St. Joseph’s Institution, which are famed for their strong school culture. Yet, they do not rely on affiliation to supplement their student body. School pride comes from a rich and storied history, not the act of institutionalised nepotism.

There is perhaps a more practical side of sustaining affiliation. In ACS, it is common to hear of generations of families passing through the school, and this sense of familial connection to the institution helps foster a network of alumni donors. Using ACJC as an example, it received over a million SGD in donations and sponsorships in 2018. In many ways, it’s similar to legacy admissions in many colleges from the United States, where colleges try to pander towards existing wealthy alumni to garner larger donations. But just like how this does not work in practice for top universities, where schools such as MIT which reject legacy admissions haven’t seen damage to their bottom line, it is also not true for top schools in Singapore. After all, some of ACS’ biggest donors, such as Tan Kah Kee, had little prior relation to the school.

Given the lack of tangible benefits for schools, it raises the question of why such a practice is still so entrenched. To give credit where it is due, the Ministry of Education is curbing the excesses of affiliation. Every secondary school is now compelled to minimally accept 20% of its students from outside the closed circle of affiliated schools, an important step towards opening up these schools to students from different backgrounds.

But this is just a half-step.

Change will not come without sweeping reforms. We can wax poetic about the need to look beyond echo chambers in elite schools all we like, but until action is taken to create the conditions for this to truly be the case—it’s all just words.

If there really is an earnest desire to stem the tide of social inequality and elitism, then the least we can do is to acknowledge systemic inequities, and move together towards stamping them out.

Why not start by giving our system its long overdue lift maintenance?

[4] In the list of affiliated schools, a notable number are linked to the Methodist and Catholic churches.

Members of these churches and clans can then have priority under Phase 2(B) of Primary 1 Registration when it comes to admitting their children to these sought-after schools with affiliation benefits: https://beta.moe.gov.sg/primary/p1-registration/registration-phases-key-dates/?pt=2B

[5] List of the schools attended by the Fourth Lee Hsien Loong Cabinet (Note the number of times “Anglo-Chinese School” appears):

[6] “(Policies that) promotes intergroup contact, facilitating the reduction of prejudice”. From “Racism in Singapore: A Review and Recommendations for Future Research’, retrieved July 17th 2020

Recently, there was a big incident regarding Raffles Institution and racial insensitivity (https://www.asiaone.com/singapore/10-former-ri-students-behind-blackface-group-photo-issue-apology-school-condemns-their) and my experience in “elite schools” would suggest such sentiments aren’t all that uncommon.

[7] “The affiliation system helps to foster a strong school spirit and identity, and preserves schools’ traditions and ethos which leads to positive school experiences for students.”

From the Ministry of Education’s FAQ on affiliation, retrieved July 17th 2020 https://www.moe.gov.sg/microsites/psle/FAQs/affiliation.html

[8] “Ask a Singaporean the same question, and the answer that comes back is more likely to be ‘ACS’, ‘SJI’ or ‘RI’.

Secondary schools, it seems, form the kind of bonds with their students that the universities here can only dream about.”

[9] “Anglo-Chinese School (Independent) and St Joseph’s Institution (SJI), for example, have managed to raise large sums from their alumni over the years. ACS (Independent) has raised about $10 million from its donation drives over the past four years.”

“He added that parents of alumni are a large source of donations and bonds with them are cultivated by involving them in activities in the school.” 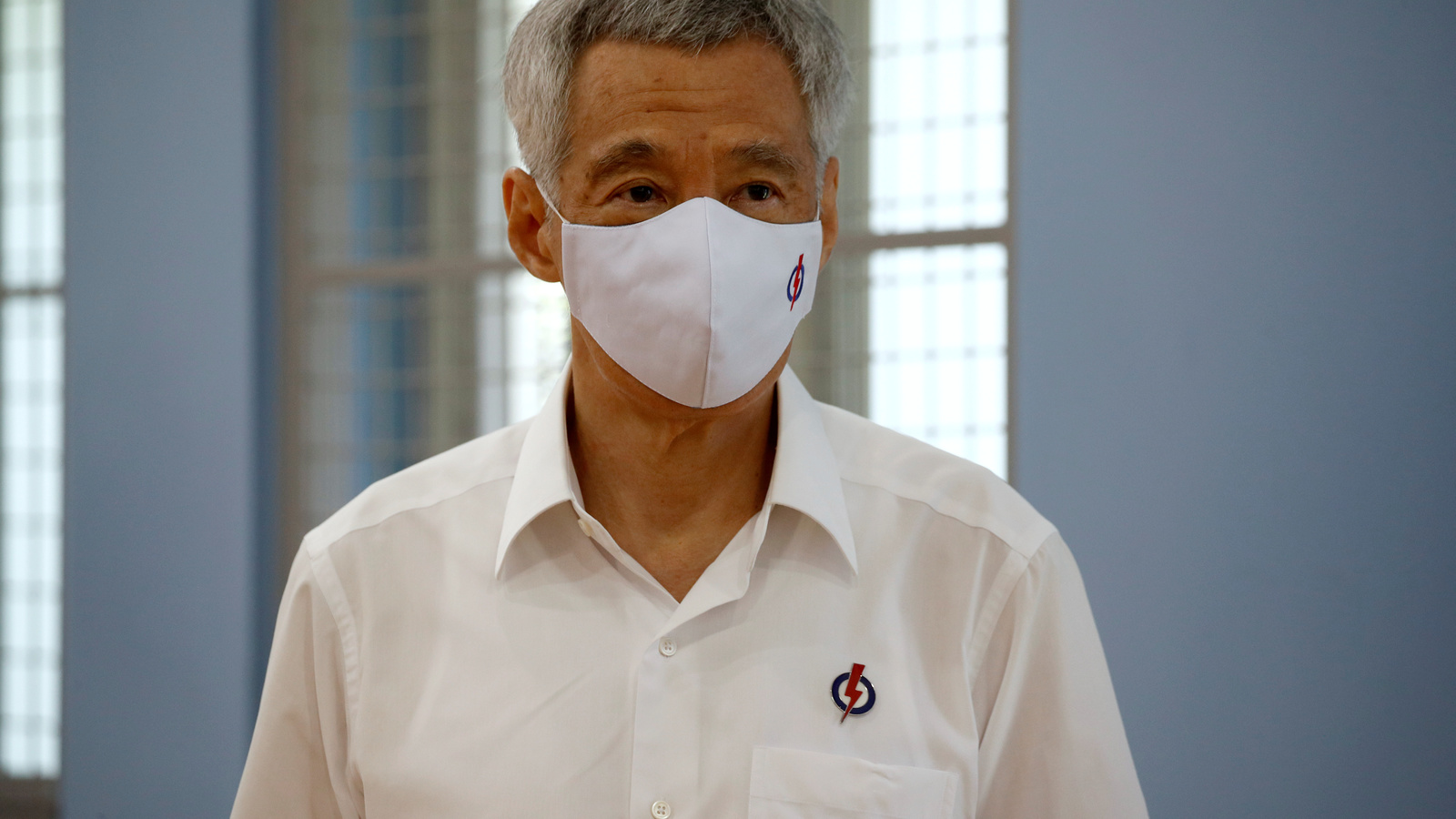