How to Establish A Surveillance State: A Step-by-Step Guide (And Why It Sucks)

Big Brother is watching you. Yes, you.

China, the nation, the culture, the people. For all its presence in global geopolitics, China remains a word synonymous with cheap labour and low manufacturing costs, a household name stamped on every everyday product you can think of, so much so that it has become inextricably intertwined with manufacturing quality, or lack thereof. Is a Chinese watch really that much lower in quality as compared to a German or Swiss one? For what it’s worth, it’s a debatable topic. China, however, excels at one thing better than every other nation on Earth:

The Cambridge English Dictionary defines totalitarianism as when “those in power have complete control and do not allow anyone to oppose them”.

This isn’t some long-ago fantasy in some far-off land; totalitarian states are to the world what Tiktok trends are to millennials. There have been countless attempts at creating them, few successful, but when they do succeed, they’re here to stay whether we like it or not. And one of the most effective measures at safeguarding the continuity of Chinese totalitarianism is surveillance.

2,579,890. According to a frequently-cited Security Magazine study, that’s the number of cameras in Chongqing; not only the most stereotypically-named Chinese city, but also the world’s most surveilled. In fact, 8 of the top 10 most surveilled cities are Chinese, with the two outliers being London and Atlanta. According to the New York Times, more than 200 million cameras are deployed across the country, serving as “the eyes that safeguard China”.

I’m sure that by this point you’re eager to follow in China’s dystopian, tyrannical footsteps, so without further ado, here’s a simple four-step plan to establish your very own surveillance state!

The rhetoric from Beijing about the existence of such surveillance cameras is simple. It stops crime. In a statement to the South China Morning Post in 2012, Chinese officials claimed that over 100,000 crimes had been solved with the aid of such mass surveillance.

Another pretext for this loss of the fundamental human right to privacy has been the outbreak of COVID-19 and subsequent containment measures. Health Code is a mandatory app utilised by the Chinese police, to determine whether its users should be placed into quarantine. Oh, and by the way, it also collects location data, “a troubling precedent for automated social control”.

Furthermore, the deployment of cameras outside and inside homes has become commonplace, in the name of “[saving] personnel expenditures and [increasing] work efficiency” when it comes to keeping people from breaking quarantine. And if it wasn’t obvious enough, it also represents a massive breach in privacy, in no way held back by Chinese rule of law, if there ever was one.

Step 2: Be That Guy Who Knows Way Too Much About You

You might love Park Jimin, but could you reliably pick him out of a 60,000-strong crowd at a pop concert? Okay, but what if he was half as attractive, grew a beard and had black hair? You probably couldn’t. With the help of the Chinese surveillance program, now you can!

In 2019, footage was released on the Chinese video sharing platform Miaopai, showing Chinese police arresting a man at a pop concert, a feat accomplished via face recognition technology. Such facial recognition technology often comes hand-in-hand with the Chinese surveillance system, and, according to human rights activists groups such as Human Rights Watch, allowing them to identify political dissidents and activists, and “empowering China’s police”, giving them “a potent way to track criminals as well as online malcontents, sympathisers of the protest movement in Hong Kong, critics of police themselves, and undesirables”.

Step 3: Make Them Love You For It

“You must love Big Brother. It is not enough for you to obey him: you must love him,” reads a quote from George Orwell’s 1984.

On the surface, establishing a nationwide in-depth surveillance system monitoring millions upon millions at once seems like a daunting task to many. Well that’s because you’re a left-wing, capitalist pig insisting upon fornicating with Mother America and Lady Liberty. For the one true people of China, such surveillance is a-okay!

For many decades now, the Chinese Communist Party (CCP) has desensitised the Chinese people to this idea of widespread surveillance. New York Times contributor Jianan Qian, in her piece Feeling Safe in the Surveillance State, states that the Chinese have been “wired to see safety and freedom as an either-or choice”, and are “happy about the physical security promised by the surveillance network”, a commonly-held belief being that “only criminals need to be afraid”.

Well…no. Surveillance systems such as that in China, allow the government to crack down on political, not merely societal, threats. They allow the CCP to keep a firm grip upon the political stability of their reign, and to clamp down on opposition before they even arise. Prime example: Qian continues about a single mother who hanged herself after an 8,000-strong Beijing rally of disgruntled investors was quickly and quietly stopped by police camped on every street corner, something they had already seen coming because of their surveillance on its organisers.

Now for the real reason why you established such a surveillance network in the first place. The immediate disintegration of any and all organised opposition unwilling to bend to your political will. While the Chinese government vehemently claims “all power in China belongs to the people” and that “eight democratic parties” exist, all “[participating] in government and political affairs”, in truth these serve as nothing more than yes-men to the might of the CCP.

Most notably, the surveillance system has been used to subdue the Uyghur minority in the geographically-vulnerable Xinjiang province, with the Chinese provincial authorities utilising mobile phone apps to limit freedom of movement, and keeping checks on pro-independence groups with AI-enabled facial recognition technology.

In fact, their surveillance system is so in-depth, that by the end of this article, you won’t even know what happened on T——— S— in —89.

Satire aside, surveillance and the continuity of personal and digital privacy is an incredibly prevalent issue, not only in China, but worldwide as well. The Facebook/Cambridge Analytica scandal in the United States showed how vulnerable Big Data was, and is, to political manipulation and serving as a tool for electioneering. In the Netflix series House of Cards, the Republican nominee for President, William Conway, uses the search engine Pollyhop, a bad rip-off of Google, to his advantage, campaigning directly to the wants of the majority of Americans based upon their Internet searches.

Such developments are concerning as it would enable governments to undermine the very democracy upon which they are built, though you could suppose China has none. It would also enable governments to know more about you than you do yourself. Where you live, where you work, where you went to school, what pearls you like with your bubble tea, what song was playing when you cried yourself to sleep. Everything.

Even more concerning is the fact that not only does China not want to stop, it also plays a role in exporting cutting-edge surveillance technology to Human Rights Hall-of-Famers such as Iran, Myanmar, Venezuela and Zimbabwe. Which begs the question: Who’s next? Malaysia? Brunei? Singapore?

China has a point. Such surveillance does have its uses in catching criminals and maintaining quarantine, but it also represents a threat to personal privacy that has never been seen before. It would allow regimes to establish near-total control over the lives and thinking of their constituents. The previously-mentioned Health Code app, under the auspices of ordering people to quarantine, “did not make clear its connections to police”. Privacy falls second to voter manipulation, the suppression of dissent; the possibilities are endless.

Such technology poses a threat to Singapore too. In March 2020, the TraceTogether app was launched and touted as “the first national Bluetooth tracing solution.” Following up on this, Vivian Balakrishnan announced the development of a contact tracing bracelet on June 4 in Parliament, and rightly, sparking debates about the personal privacy of Singaporeans. Activist group Privacy International echoed many when it said pandemic prevention measures have to be “temporary, necessary and proportionate”. What I fear, and many others do, is that after the use of such technology has passed, they won’t be “put to an end and held to account,” and instead serve as the beginning of a very slippery slope toward totalitarianism.

How far should privacy extend in the face of a pandemic? Where does national security end and personal privacy begin? The uses for such innovative technology are endless, and, sadly, so are the abuses. The next time you come across technology that threatens your personal freedoms and privacies for “the greater good”, speak out against its abuses. In doing so, we should keep China and its Skynet fresh in our minds, lest we forget the dystopian future Orwell promised us. 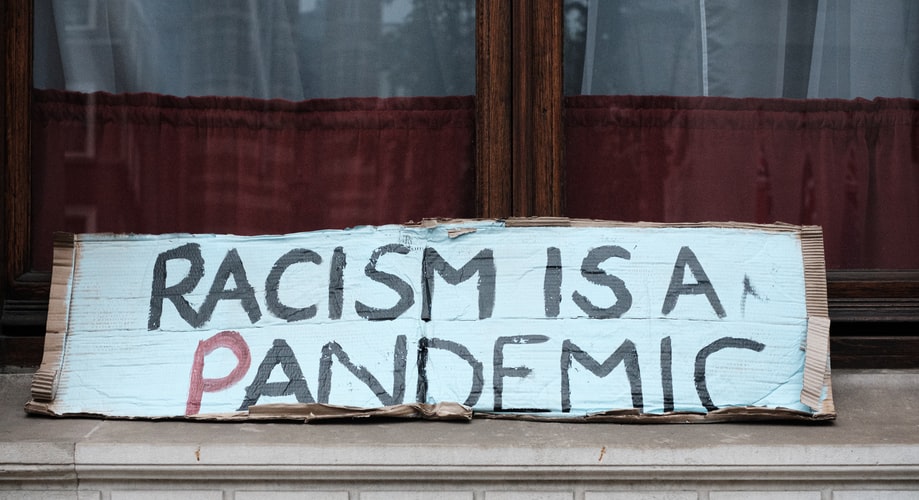