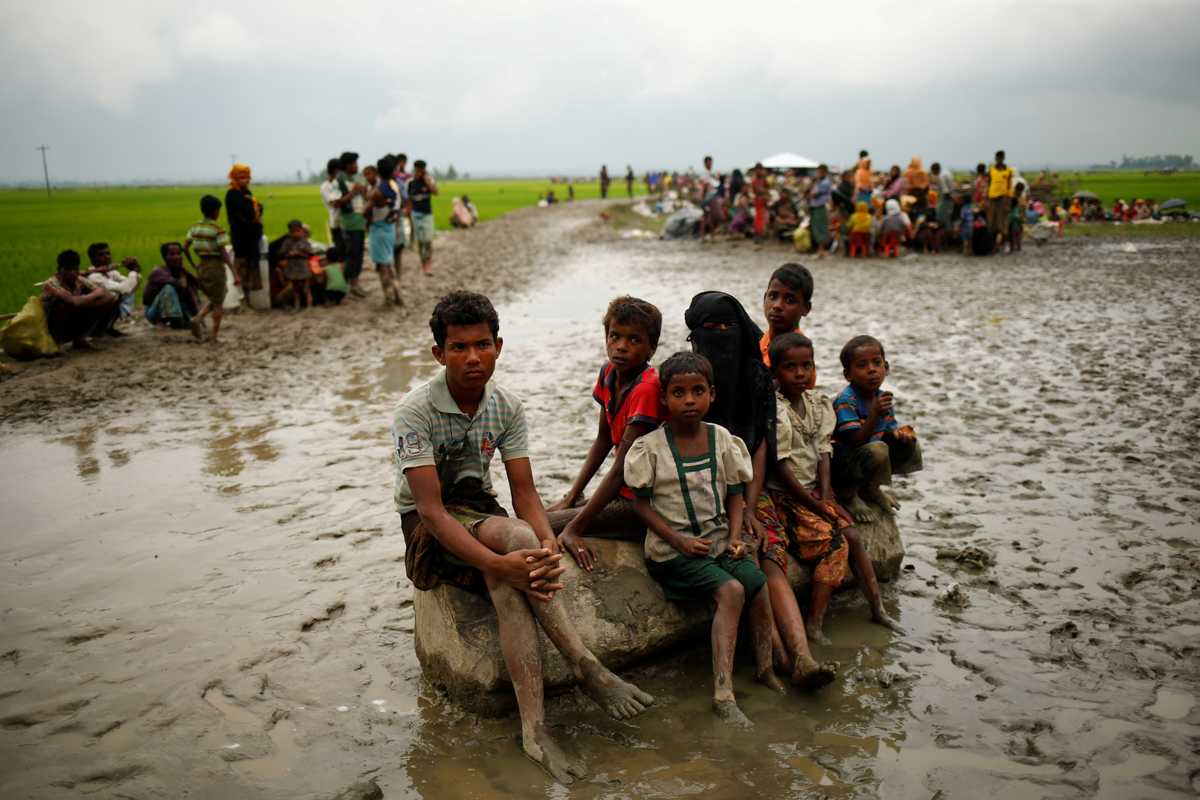 Singapore’s stance regarding refugees and asylum-seekers has long been the same — refugees are not welcome here.

As a multicultural society with no shortage of residents and tourists from other parts of the world, one would think that Singapore is a global city open to foreigners. However, this is not the case. While immigrants and foreign talents — who are perceived to be able to value-add to Singapore’s society and economy — are granted entry into our borders, many refugees find themselves firmly on the other side of the metaphorical door.

The reason often cited by the government for their closed-door policy towards refugees has always been that Singapore’s limited land and natural resources mean that Singapore is ill-equipped to accept refugees.

In 2014, a spokesman for the Ministry of Home Affairs said that, “As a small country with limited land, Singapore is not in a position to accept any persons seeking political asylum or refugee status, regardless of their ethnicity or place of origin.”

Indeed, Singapore’s significant lack of land space is not to be dismissed. According to National Development Minister Lawrence Wong, in order to fit future generations, Singapore has to “[go] upward, downward and seaward.” With limited land and resources, it may seem more plausible, and more responsible, that the government allocate these resources to areas such as housing, healthcare and education in order to ensure the long-term welfare of its citizens.

Another argument commonly put forth by government officials is that before we concern ourselves with international issues, Singapore should first look inward and address the numerous domestic challenges present.

While these may appear to be valid concerns, Singapore’s supposed inability to support an influx of refugees is directly contradicted by the Population White Paper published in 2019, which predicts a possible population trajectory of 5.8M to 6.0M by 2020 and 6.5M to 6.9M by 2030. The Paper states that Singapore will be “able to support the larger population while preserving a high quality living environment for all Singaporeans” by “reclaiming additional land, developing some of our reserve land, intensifying new developments, and recycling land with lower intensity uses such as old industrial areas and some golf courses to achieve higher land productivity.”

Through continual advancements in infrastructure and increases in physical landmass via land reclamation, Singapore has the ability to host an increasing population. Why then, does Singapore’s government remain so staunchly against offering refugees protection within our borders?

Perhaps the government’s resistance towards welcoming refugees can be traced back to Singapore’s unpleasant historical experience in the 1970s in assisting with the Vietnamese refugee crisis during the Vietnam War. Under the 1989 Comprehensive Plan of Action (CPA) for Indochinese refugees, Singapore was left disillusioned after being ‘burdened’ by rejected asylum-seekers, many of whom refused to return home voluntarily for years, and even engaged in hunger strikes or attempted suicide. Seeing as a guarantee of resettlement within 90 days was an underlying precondition for Singapore’s acceptance of refugees from the region, it is understandable that Singapore felt ‘betrayed’ by the experience — to the point of maintaining a policy of almost complete disengagement from the global refugee discourse after the incident.

A necessary question to ask, therefore, would be: for how long should Singapore remain hung up on the past?

Denying refugees entry into Singapore is to deny them of a chance to make a life for themselves. These individuals have a special need for protection that should afford them equal, if not priority, consideration. With lives hanging in the balance, there is a necessity for Singapore to reconsider its position in the lens of its current status as a globalised and developed city.

With ambitious projects to accommodate an increasing population already underway, Singapore should be capable of allowing at least some refugees in.

In light of the steady decline of Singapore’s birth rate in the past decade, as well as our growing aging population, Singapore has been accepting more immigrants in the hopes that they will settle down and start families in Singapore. As a country lacking in physical size and natural resources, Singapore’s most crucial resource has always been its people.

As a nation with the resources to support a larger population and a need for an influx of foreigners, we have no reason to turn refugees away from our borders.  Rather than living in the past of Singapore’s unpleasant historical experience and restricting the entry of refugees and asylum-seekers, we should instead choose to adopt safeguards to avoid a similar outcome.

Much like immigrants, refugees can prove to be an important human resource. Singapore could give refugees conditional work permits and offer them long-term contracts, providing them with job opportunities while strengthening our workforce and encouraging globalism. Taking it a step further, Singapore could establish an asylum recognition system to adjudicate the claims of applicants, set up a clear repatriation process, and outline the rights of applicants whilst in the country, allowing us to offer refugees protection and job opportunities.

Singapore, like many other countries, is not exempt from responsibility-sharing in responding to the effects and consequences of global displacement as a part of the international community. Though we should not forget our past experiences with such issues, it is not justification enough to remain disengaged from social issues that are still very much relevant.

Let us instead learn from our historical experiences and not let it affect our present decision-making,  and move towards being a more globalised nation.

Jerry Lewis Ong. May 2015. Does Singapore Have a Reason to Refuse Refugees?. Singapore Policy Journal. Retrieved from https://spj.hkspublications.org/2015/05/21/does-singapore-have-a-reason-to-refuse-refugees/