Singapore Needs To Be A Nation, Not Just A State 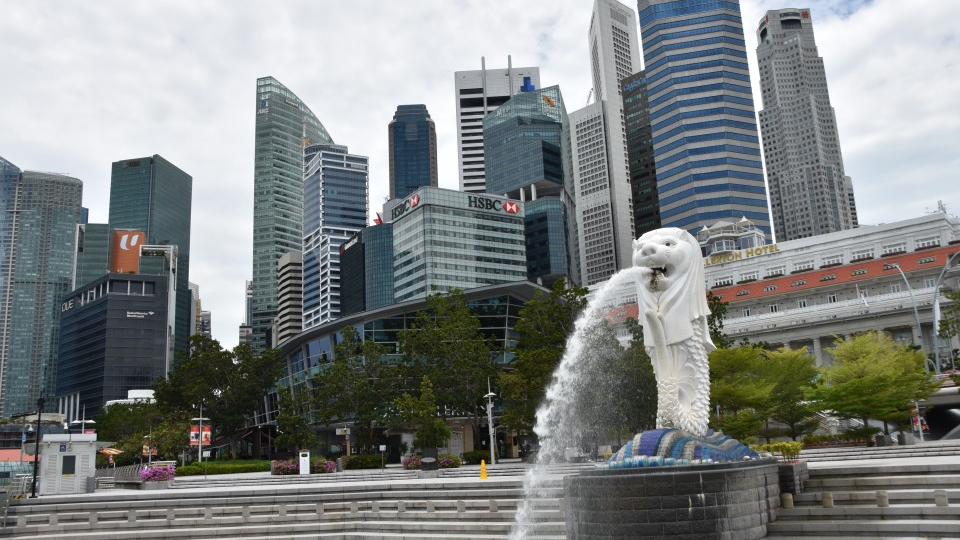 The only time I genuinely “feel Singaporean” is during the 3 minutes and 45 seconds of singing ‘Home’ on 9 August annually. This year is exceptional, I’ll double the time to 7 minutes and 30 seconds since we sang it another time in support of our frontline and migrant workers. Aside from feeling small bursts of pride whenever I hear that my country once again topped global indices, truth to be told I do not possess a sense of national identity, let alone a strong one. As a Gen Z Singaporean, I struggle to identify a concrete commonality which I share with my fellow Singaporeans, one that patently distinguishes us from any other community on the globe.

Singapore, needless to say, is a state, and a remarkably successful one, in fact. Internationally recognised as a state with low corruption, one with a stable economy and fully functional government infrastructures in all aspects such as transport and defence, Singapore has more than succeeded in state building. But in nation building, I believe we have failed. To me, Singapore is not a nation, having a mere nascent national identity. Unlike other nation states such as Japan who have undergone centuries of nation building, Singapore is unequivocally a new state with an absence of a rich and extensive history, which already engenders difficulty in forming a significantly unified nation. Besides, Singapore lacks indigenous culture and arts, essentially being a melting pot of diverse cultures “borrowed” from other nations. Singapore, branded as a multiracial society, also lacks homogeneity— culturally, racially and linguistically— which is indispensable for citizens to become conscious of themselves as a separate national identity. Singapore is unable to achieve solidarity among citizens through a common culture, language, custom, ethnicity simply because we are so diverse.

Homogeneity is pivotal to identity in any community, a binding factor in times of civic unrest or crisis, where we reassure ourselves with these distinguishable traits. I mean, for example, a Korean will support another Korean in need because they are both Korean. The red ants will fight together for food against the non-red ants because they are red. You get what I mean. National identity is a Gorilla super glue binding us to society, crucial in ensuring national resilience and weaving a strong social fabric. Fundamentally, a strong national identity creates a cohesive and harmonious nation. To approach racial divides and inter-race animosity, we have to do so through building a strong national identity, not through making illegal the intent to hurt religious or racial feelings.

Singapore has grown expeditiously in her past 50 years of independence, from a fishing village in the 1800s to an extraordinary first-class cosmopolitan city today. When Singapore separated from Malaysia, Mr Lee Kuan Yew broke down on national television in front of millions of people. It was an iconic and significant uniting moment, at least that’s what my Grandmother said. Singaporeans realised they were vulnerable, left alone. So our pioneer generation built the nation with a crazily strong work ethic, weirdly seeking solidarity in the vulnerability of our country. Singapore formed a hardy society who emerged on top, entering the competition against other cities in the First World. This shared “trauma” bound Singaporeans together, but for upcoming generations, like me, without the same shared experiences, trauma no longer unites us. History, the only way for Singaporeans to have a shared identity, helps future generations of citizens to better understand who they are. Any revision of our history serves to threaten us as one united people.

For the past 50 years, it has always been a game of national survival, of Singapore fighting to ensure her sovereignty. Yet now, after we’ve triumphantly survived and bloomed into a first-world city, pragmatism is still predominant to the sentimental overtures of preservation, culture and identity, with Singapore always prizing economic development over the intangibles. The Singaporean system seems to be structured on perverse incentives that negates our human capacity for empathy, for real meaningful connection to our nation, to one another. Ok, too cheem don’t understand? Basically Singapore prioritizes the economy over the hearts of citizens. How exactly are us Singaporeans supposed to feel connection and affection for this very city versus any other city in the world? This connection really is weaker than Starhub’s.

Very understandably, public leaders sought to make Singapore a “cosmopolitan centre able to attract, retain and absorb talent from all over the world” to ensure that we remain globally competitive. A city sustained by global flows with the world as its hinterland, as well as one with the highest trade to GDP ratio, sitting at 326%, it is undeniably important for Singapore to keep its borders open and continually attract foreigners. But at the same time, this very expansion of Singapore as a global hub, where we have positioned ourselves at the intersection of global flows, further exacerbates the lack of homogeneity within us. With liberal immigration policies, we continually welcome new immigrants into our island, becoming even more socially diverse beyond our traditional differences of race, religion and language. In addition, to attract dynamic and innovative talents from all over the world, Singapore has cultivated a vibrant arts, culture and entertainment scene. If you look around you, you see brand-name Broadway musicals such as The Lion King and Wicked screened at the Sands Theatres at Marina Bay Sands, Pop concerts be it Michael Jackson or Guns N’ Roses held at the National Stadium, Japanese artist Yayoi Kusama’s exhibition at the National Gallery Singapore. But how many times have you seen Singaporean artists in these big venues? While these top global acts have brought in millions of dollars, it has also handicapped our local artists, who have to compete with globally acclaimed artists for consumers in their very own country. Singapore has often been dubbed as a cultural wasteland, with no indigenous culture, which is highly integral to national identity. Culture is something Singaporeans can identify with and pride themselves on. Culture has a hold on the hearts and minds of Singaporeans. Culture provides the emotional resonance Singaporeans require. Just look at how we fight to claim JJ Lin as Singaporean.

The recent buzz of the GE2020 showed various political candidates stepping up, sharing their manifestos filled with lofty ideals, for example, how to reduce social inequality through a myriad of policies and changes to Singapore’s wage system. Introduce a minimum wage? Say no to GST hike? Our leaders consistently introduce new policies to combat various state problems yet nation building does not receive the same level of regard. Admittedly, it is difficult to discuss something as intangible as identity and Singapore does have to be pragmatic to ensure progress as a 721.5 km² island. But I firmly believe that this is not a zero-sum game and that we can definitely achieve a balance between state and nation building. It would truly be remiss of us to solely focus on state building and leave the hearts of Singaporeans hollow. Forget about our GDP, let us shift our focus to rewriting, strengthening the Singaporean identity.

Singapore still has a long way to go in nation building. By nurturing our domestic arts scene for its intrinsic value instead of a vehicle for economic growth, we will slowly but surely develop our very own arts culture. Even if it may take centuries, even if it may seem irrational to sacrifice palpable dollars for something abstract and uncertain, it is worth every effort. Economic demands may be important but so are the demands of a nation’s soul. We, as a nation, are much more than our GDP or international rankings. To my fellow Singaporean reading this, do support local artists to strengthen our very own Singaporean arts scene. Government efforts would not matter without your support. Start listening to Gentle Bones on Spotify, catch a show by Cake Theatrical Productions, visit the Utterly Art exhibition space. Next, since we are racially, religiously and linguistically heterogeneous, we should utilize distinct Singaporean values as a shared attribute. Singapore should adopt a concrete national ideal which articulates the values that bind us, similar to that of The American Dream. This national ethos will give us a stronger sense of rootedness. At the end of the day, if our lifestyles are so uniform that our identities are not distinct from others, there really isn’t much of an identity at all.

I truly hope that one day, I will “feel Singaporean” not just when I’m singing an NDP song for 3 minutes, but endlessly. I will feel proud not only because my country is ranked the #1 most competitive economy, but also because of the special Singaporean arts and culture my country has. I will feel attached to my fellow Singaporeans not because we live on the same island, but because we share the same values and dreams. We need to become a nation, not just a state.

What about you? To you,

What does it mean to be Singaporean?

Is Singapore a nation?