Lowering the Voting Age: Let’s Not 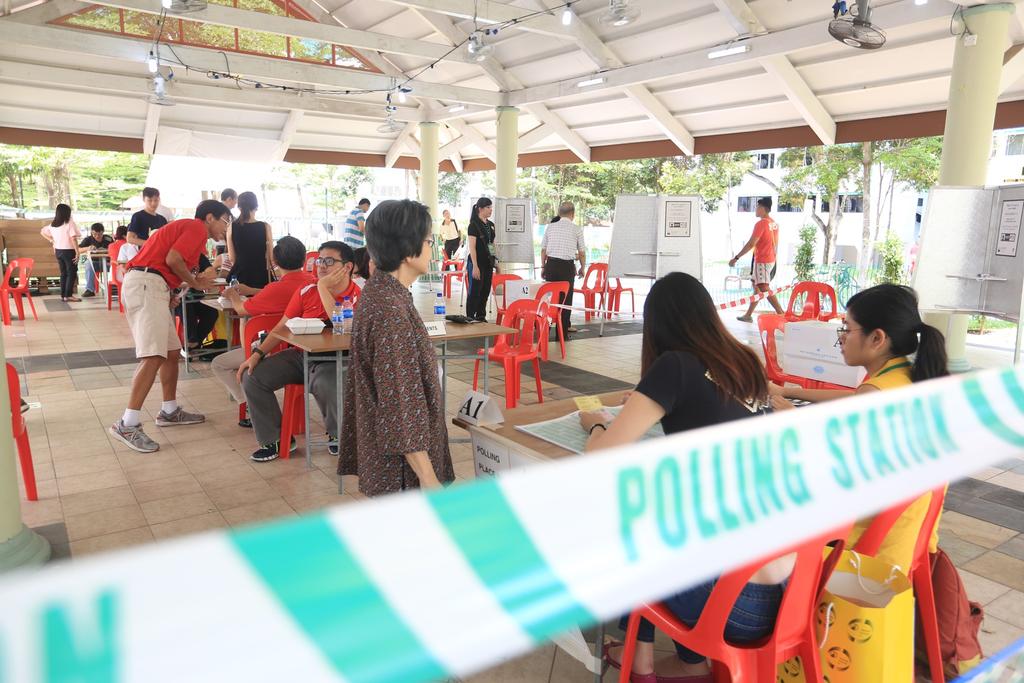 If you are 18 and live in the United States, congratulations – you now have express permission from Uncle Sam to vote. But this perceived privilege exists not only in the United States, but in many other countries. In fact, Singapore’s 21 years entry age to voting is the black sheep among the flock. In this general election, the Workers’ Party proposed to lower the voting age to 18, while Progress Singapore Party’s Tan Cheng Bock also supported the idea last year in 2019. After all, isn’t this a good move? A move that would cast 130 000 new voters into the already existing and saturated pool of 2.65 million voters. A move that would give the youths a voice, a right and a say in our country’s future. However, also a move that would enable votes arising from misinformed decisions squeezing its way through the cracks into our ballot boxes.

Let’s face it. Youths at the ripe age of 18 are simply not equipped, both in maturity and experience, to cast votes. “One man, One vote” is thrown around frequently by political and human rights activists, and to be clear, I truly believe democracy is the way forward. However, at what age is a male truly a man? At what age? 16? 18? 21? The line is blurry and smudged and up to debate.

Youths in Singapore are fervent users of social media. In 2019, it is estimated that 4.4 million Singaporeans use social media. Statistics aside, should one decide to board the train or bus and find not a single person using the phone, that would be as rare as finding a non-air-conditioned bus in Singapore. To that I say good luck. News outlets in Singapore are struggling to appeal to the new younger generation by digitalizing in what appears to be a well-fought but unfortunately futile attempt. In my school, newspapers of all 3 languages are subscribed daily, placed on the wooden shelve that sits outside the multimedia room in the library. Occasionally I would read the papers with my friends and more often than not, we would find the newspapers lying on the shelve not creased at all; almost looking brand new. Newspaper outlets are not alone. In a commendable effort by the National Library Board, they are also “actively promoting reading in various formats”, according to Ms. Catherine Lau from NLB, responding to forum contributor Mr Teo Kok Seah and Mr Terence Teo.

The Straits Times conducted a survey in conjuncture with Singapore University of Social Sciences (SUSS) to “ understand who they are, how they view the world and what they want out of life”. In what appears to be an optimistic step towards youth having a greater awareness of current affairs, this survey may be insufficient to come to a conclusion that youths are indeed more well-read. The frequency of newspaper reading was not mentioned, and the readership according to the survey is around half. Therefore, would “around half” of young voters be aware of politics? Would they be able to analyse situations from many perspectives and not take a single politician’s word as the sole truth? Would they be able to not be easily swayed by well-designed advertisements found on social media? The fact that quite a sizable sum of youths are ill-informed and more political parties are mounting blistering online campaigns where youths’ residential areas are is a disaster waiting to occur. Can we allow half of the 130,000 new voters to cast votes based on misconceived views? Democracy dies in darkness. I want to add to that. Democracy dies in darkness; many lie in darkness. Critically analyzing whatever a party or politician proposes is important, yet many youths, are not able to do it at a ripe age of 18.

Yes, schools conduct social studies lessons. But that is all in the classroom; the classroom and the world outside the walls of school is vastly different. However, don’t take my word yet. Why don’t you find a youth, preferably around 18 and has studied social studies before, and ask him (or her): “Who is K Shanmugam and what post does he hold?”

Let’s say the youth is able to answer you correctly (presuming you even know the answer yourself), and for argument’s sake that all youths are well read and are sharp and intelligent and can critically decide who to vote for based on all the information provided to him. Research shows that males’ brain development is complete at 25 years of age, while females are around 22. That is to say that maturity may not be an asset an 18-year-old possesses, yet. Lee Kuan Yew once said, and this I remember fondly, “during those critical years, 35-60, people who carry twice as much responsibility should have two votes. This will make for a more viable system and a more stable society.” Despite the fact that this statement would have drew heavy criticism from the idealistic West should it be proceeded, what late Lee Kuan Yew said does hold some truths. Adults aged 35-60 indeed have been through a lot in life, holds great stake in every election as they just have too much to lose. They have to feed a family, pay for education, pay for the electricity, pay for June holiday trips little Jane wants, pay for the car, the house, the rent, the depts. It is a heavy burden. The vast majority of 18 year olds have never experienced these responsibilities before. Perhaps the most they have been through are ‘O’ and ‘A’ levels. Youths also do not have so much stake in the country; they are still young, who knows where they may migrate to? The need and urgency for a good and strong government to them may therefore be an “important…but not so much lah” issue.

18 years old is the typical enlistment age for National Service for males, and for females, university. They have just finished their ‘A’ levels or maybe are fresh from polytechnic graduation. Life is just hectic for them. These are huge milestones in their lives. Is it then wise to ask them to vote, in the midst of this flurry of activity? Since humans are social creatures, youths are social creatures on steroids. Thinking and decisions may be  and can be influenced by peers. Can you imagine a society whose leaders are elected based on peer pressure and influence?

George Floyd’s death in United States is a tragic occurrence. The widespread horror and anger by Americans are influenced by their painful history- blacks were the white’s slaves. In Singapore, we do see racism, but vastly on a less severe scale. The situation is different. Similarly, our education system is different. Different not just from United States but from many other countries. Our culture places education in one of a youth’s top priority, and so our education system is longer. Our students spend longer time studying. It is hence unfair to compare other countries with Singapore as other countries’ youths might already be out working for a living while our youths are still studying. Hence, the decision to reduce voting age in Singapore cannot just be done to be “in line with international norms” – Singapore’s situation is vastly different from others. Just because free speech is the “norm” with many other countries does not mean Singapore should leave free speech unchecked.

Rome wasn’t built in a day, and Singapore certainly was not. It was built on the foundation of years of blood and sweat, among the roughest seas and strongest tides. While not built in a day, our admirable rise as a young country in a short span of only 55 years truly is a rare gem among other dried leaves. In a worldwide crisis, many countries are falling and getting sucked into a whirlpool of despair, turning and turning in a widening gyre. Good governance is the adhesive needed to hold the centre, guiding the sails gently to bring the vessel back to the port safety. The voters who choose the men and women who leads Singapore must be man and woman, with enough maturity, experience, and understand the great stake each election holds. Let us not experiment with lower the voting age, for it is an irreversible chemical reaction – once  proceeded, it cannot be retracted. The stakes are too high today, especially with Covid-19 prancing past strict border controls and ridiculing government efforts in many countries. The fate of the tiny fort of Singapore rests on a needle, and is up to the people whom the people elected to ensure we do not collapse on this knife edge.

So dear reader: If you are 18 and live in Singapore, congratulations. Although you cannot vote yet, despair not. Your time will come.