Detoxifying Conversations About Toxic Masculinity: Can We Ever Reconcile? 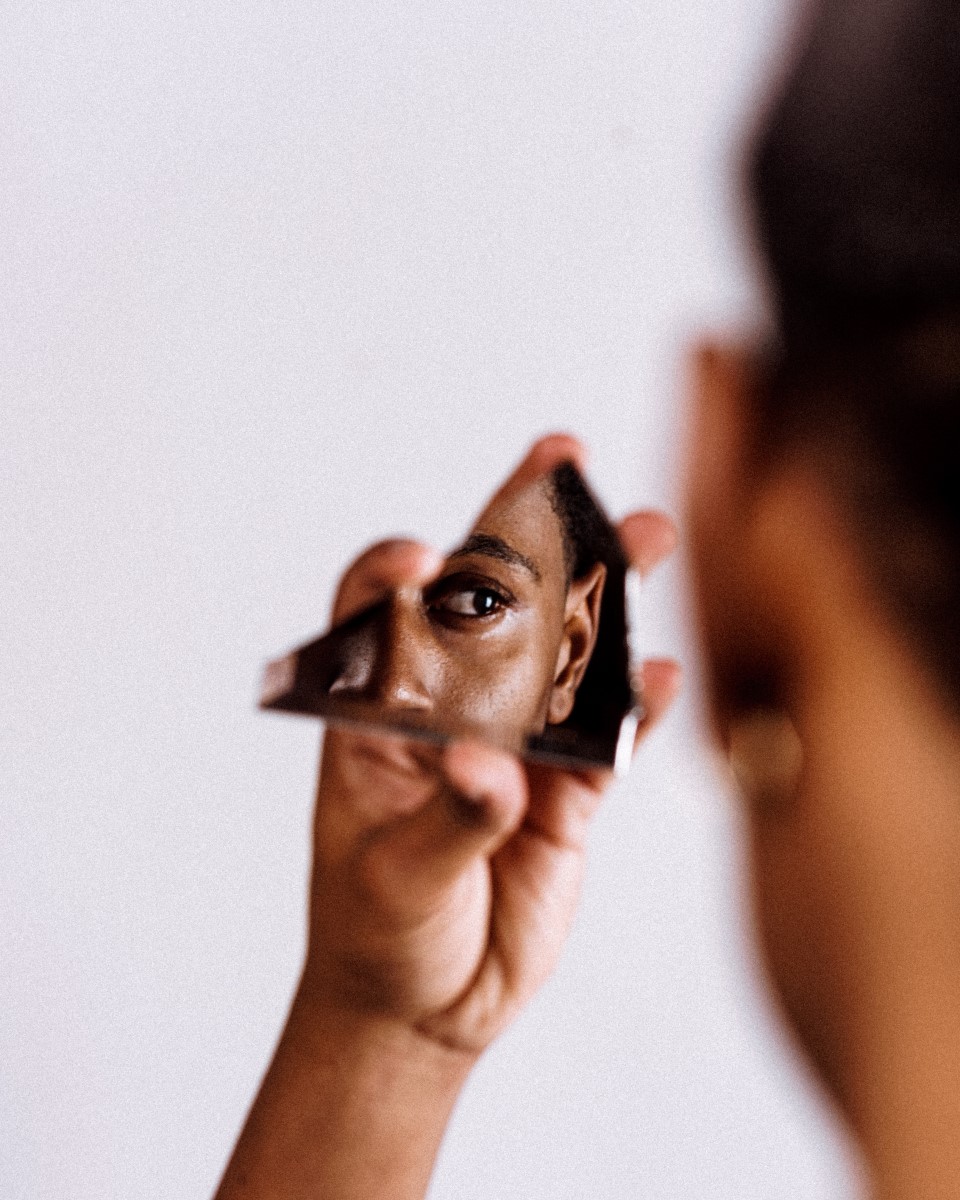 Men’s and women’s rights are sworn foes. At least, that is the conclusion one might draw when surveying the current discourse surrounding gender issues in the West.

This tension played out in my own life. Growing up, I’ve long had an oft-unspoken intuition that there are significant men’s issues that deserve our attention. These convictions stem from my experiences with toxic norms. Unhealthy body standards and statements like “Boys don’t cry” repeated to boys through messaging in popular media, gender policing and bullying undermine the mental health of men like me, and then deter us from expressing these vulnerabilities, to seek help. Other men have had it worse; higher rates of substance abuse, alcoholism, successful suicide, incarceration and stigmisation of males in nurturing roles being just a handful of examples. Yet, I knew from my education that fighting for women’s rights was a necessary task. Be it sexual violence on campus or at the workplace, career opportunities or political representation, there is still so much work to be done in correcting the great social and systemic inequalities women experience, despite the common misapprehension that equality has already been achieved in Singapore.

So when I saw these two sides incessantly at loggerheads, I couldn’t help but feel nonplussed.

Equally unsettling was the unconscionable misogyny that pervades much of today’s western “men’s rights movement”, be it in rhetoric, with their downplaying or denial of women’s issues, or in action, like when National Coalition for Men member Marc Angelucci infamously launched lawsuits to force embattled women’s shelters to take in men.

Now, as much-needed conversations about masculinity start to emerge in Singapore, I fear that we risk importing the same unnecessary dissension that characterises much of contemporary western gender discourse, if we are not circumspect.

Therefore, at this critical juncture, it is essential that we preemptively detoxify dialogue surrounding toxic masculinity and men’s issues to clear the way for cooperation.

To that end, it will be helpful to identify crucial errors in rhetoric different stakeholders have made which has caused dialogue to break down. If we correct them, we just might realise that we have more in common.

A core misconception amongst conservatives is that “toxic masculinity” criticises all manhood, even positive aspects like protecting and providing for the weak. Melodramatic language like “Bring Back Manly Man” and “The Insidious War on Men: The Destruction of Masculinity” is staple in reactionary conservatism, reflecting a significant aversion to the term. Even some moderate observers, such as this Straits Times Forum writer, share this misunderstanding.

Semantics aside, in the widely-circulated debate over toxic masculinity on Jubilee’s Middle Ground series, we see another manifestation of this anxiety in Derrick, who, when asked about the concept, opined that men be emotionally strong, and that he “could’ve used being told to act like a man.” Implicit in this is a binary thought process: if men confront the toxic expectation to always suppress emotions and vulnerabilities, even at the cost of their mental health, they will swing to the other extreme and become weak crybabies. Perhaps he could consider the possibility that peeling back toxic masculinity is more a matter of moderation rather than elimination.

Still others conflate positive aspects of masculinity with the pernicious. In response to AWARE director Corinna Lim’s recent call to review parts of National Service that are toxic, such as festering   misogyny and homophobia, a conservative Facebook page defended National Service and the necessary practice of toughening up recruits. But if one actually listened to Lim’s remarks, you’d know discipline wasn’t what she was critiquing, and it’s not clear how addressing the deleterious sexualisation of women is at odds with developing resilience.

When conservatives move past dismissing the existence of toxic masculinity, this frees them to contemplate deeper questions about redefining masculinity and men’s role in society.

Secondly, influenced by anti-feminism, some men rights activists (MRAs) have also appealed to biological gender differences as a means to rationalise the rigid retention of patriarchal gender roles. This undergirds much of the movement’s misogyny. Inarguably, men and women do exhibit some extent of average physiological and dispositional differences which may disproportionately predispose some of one gender towards particular roles. Men tend to have greater muscle mass, which may qualify more of them to take on protective or physically demanding roles. Gender differences, they then claim, also make men more inclined towards leadership roles and STEM jobs, among other things.

However, even if all these differences result from largely biological rather than cultural programming, which has been cast into doubt by recent research, let’s not exaggerate them as they are limited. These are average differences and significant variance naturally exists. Legions of males and females will have capabilities that lie outside their traditional, supposedly biologically-determined gender roles. Why should we sacrifice meritocracy at the altar of arbitrary social norms? Take New Zealand Prime Minister Jacinda Arden, whose astute leadership helped contain her country’s Covid-19 outbreak far better than some male-led nations. Imagine how different things might have been if Arden had acquiesced to those who told her to stay in the kitchen.

That said, liberal feminism isn’t entirely innocent either. Even when necessary dialogue about men’s issues occurs within moderate liberal spaces, one can’t help but notice a concerning degree of inadvertent victim-blaming hidden in the subtext. Women are oppressed by society, but men impose disadvantages on themselves and each other.

For instance, in a recent opinion piece on Rice Media entitled “Gym Bros Are The Face Of Toxic Masculinity. True or False?”, the author explores how toxic masculinity manifests in gym culture and the ideal male body: a tall and muscular male. While the piece made salient points about the role of media in perpetuating these standards, the section labelled “The Irony Of The Female Gaze” contained some insidious insinuations. Citing a Tiktok user with whom he concurred, he writes: “‘Men assume this is what women want,’ she says, plastering a photo of Chris Hemsworth (who is extremely muscular as Thor) behind her. ‘But again, this is the male gaze, not the female gaze,’ she continued.”

This sweeping generalisation draws a black-and-white distinction between the objectifying “male gaze” and the character-centric “female gaze”, the subtext being that men impose these body standards on themselves, not really women. Though it may have been unintentional, one has to admit that this is a very plausible message that readers could imbibe.

Granted, men do internalise self-destructive beliefs, and engage in gender policing of other males. Recognising this adds nuance to our understanding of where men’s issues originate, just as the notion of internalised misogyny deepens our awareness of gender inequality for females. But this becomes problematic when it’s all we focus on, because, if we’re being honest with ourselves, many women are also complicit in engendering toxic masculinity. Just 20% of female respondents in Singapore indicated willingness to date a guy who’s shorter than them. As elucidated by the academic paper “Why Is Muscularity Sexy? Tests of the Fitness Indicator Hypothesis”, when asked to rate the attractiveness of men on a scale of 1 to 9, female surveyees graded chubby men a measly average of 2.95, while built men got a flattering 6.97, suggesting that the Tiktoker’s preferences, while laudable, is unrepresentative. I have also personally witnessed osctracisation of obese classmates at the hands of both male and female students. So when I hear lofty posturing about the “female gaze” being somehow beyond toxic body standards, forgive me if I giggle.

Men’s issues, like any other quandary, can only be holistically resolved when all of its sources are identified and acknowledged. When feminists embrace this, they show others that feminism approaches men’s issues out of sincere concern rather than to patronise. This builds up good-faith and propels conversations forward.

What should we do?

The first thing we need is more reporting on men’s issues (that doesn’t seek to displace women rights), because, for far too long, men’s issues have flown under the radar, even in local English-medium news outlets, save for a recent Straits Times op-ed. This appears even more pronounced in vernacular newspapers; an online search for the Chinese equivalent for toxic masculinity on Lianhe Zaobao’s website yields no relevant results.

Beyond awareness, to prevent conversations sprung from increased coverage from going awry, let’s gently correct the rhetorical tropes we’ve analysed above when others repeat them.

Ultimately, we need to stop viewing men’s and women’s rights as antithetical. Challenging unhelpful gender norms advances the goals of both sides, as eminent feminist Emma Watson acknowledged. With these conflict-inducing rhetorical mistakes out of the way, maybe the scales will finally fall off our eyes.