Doctor Strange in the Multiverse of Madness Preaches Contentment, Convincingly 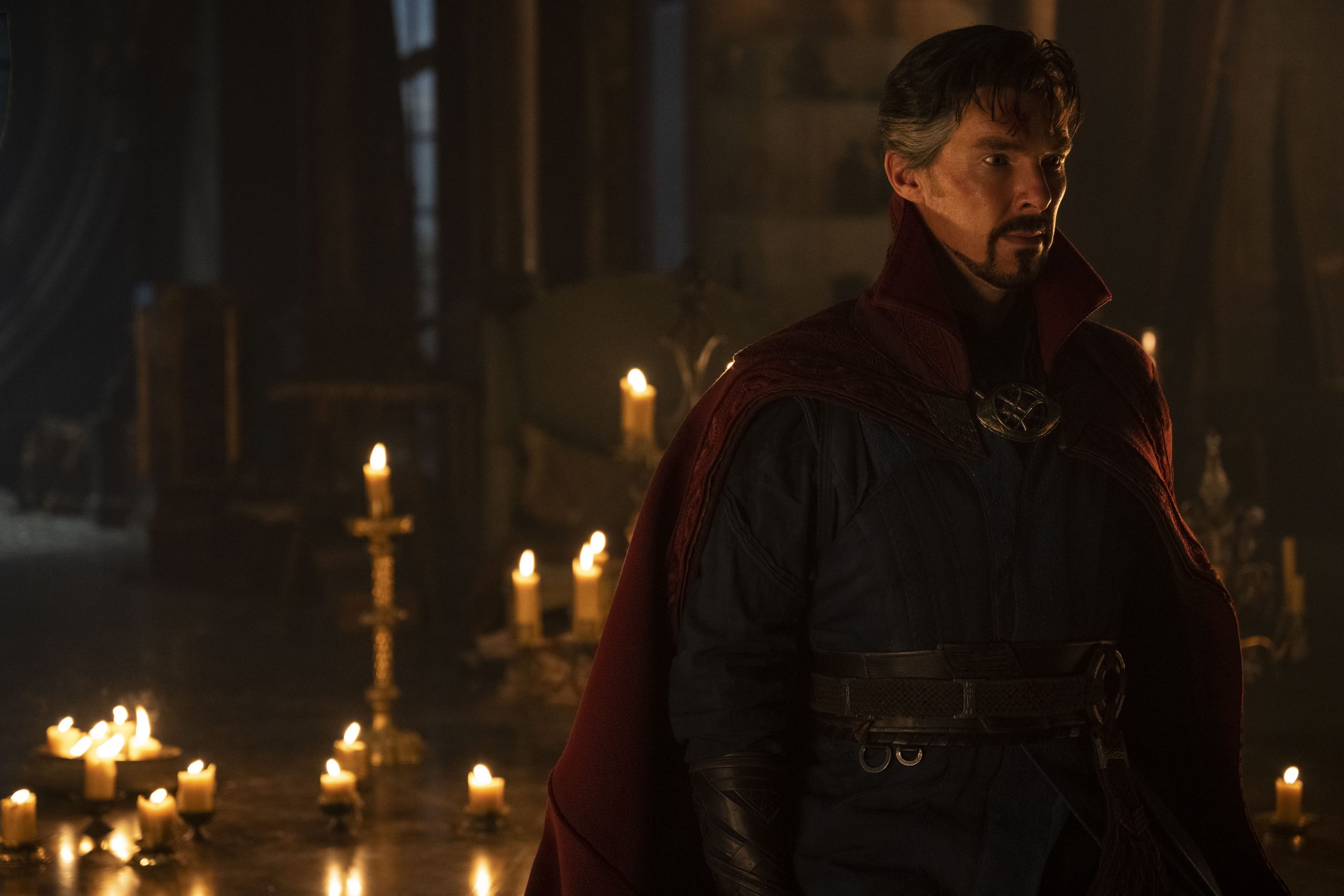 Multiverses are all the rage these days—there was the nostalgia fest of Spider-Man: No Way Home, the parable on stress that was Everything Everywhere All At Once, and now there’s Doctor Strange in the Multiverse of Madness—a story about, of all things, to be content with who you are and what you have. It is also a story about people with magical powers going into alternate universes and fighting other people with magical powers, but underneath it all, it’s about contentment.

Oh, also, this would be a spoiler-free review, I promise.

The twenty-eighth outing in the Marvel Cinematic Universe (MCU), Doctor Strange in the Multiverse of Madness features everyone you’ve seen on the posters with Doctor Strange (Benedict Cumberbatch) and Wanda Maximoff (Elizabeth Olsen), who last appeared in WandaVision, taking centrestage, as they do in the poster.

As for what happens in the film, suffice to say, the description in cinema listings, which calls the movie “a thrilling ride through the Multiverse with Doctor Strange, his trusted friend Wong, and Wanda Maximoff, aka Scarlet Witch,” is sufficiently accurate. If you watch it, you’ll understand why.

And you may not be content with what you’ve watched, or the two post-credits scenes within—I know I wasn’t. But ironically, that runs counter to what the film postulates, which is to be satisfied with what you have.

Wong (Benedict Wong) sums it up best at the end of the film when he remarks that he’s thought about what his alternate lives would be like—but he’s grateful for this one, with “with all its tribulations.”

All three main magic-wielders have their fair share of regrets, their thoughts about what could have been, and if things could have played out in a different way. And as Wanda reminds us several times, in a multiverse where there’s an infinite number of possibilities, there is sure to be one in which you can find what you seek.

“Are you happy?” asks Doctor Strange of Wong, a question he similarly posed earlier in the film. Of course, he spends most of it secretly curbing his desires and wondering how things might have been with an old love. But Wong’s answer is a sobering one. He’s grateful for his life in this one—but then, eh, he’s the Sorcerer Supreme here.

We have a near endless stream of Marvel content coming out now—Moon Knight ends the same week that this movie debuts, there’s a new series (Ms Marvel) next month, then we have Thor: Love and Thunder coming barely a month later. Still, even that is not enough for the fanboys sometimes, who want everything to be exactly the way they envisioned it to be.

Rumours have abounded about the film. Since this is a spoiler-free article, none shall be confirmed or denied (come on, aren’t you going to watch the film?). But I do know that when I stepped out of the theatre, I heard several comments along the lines of “why didn’t they show more of [insert character cameo]” or “I thought this would be where [insert wild rumour]” or “huh that was a disappointing appearance for [insert character cameo]”.

Um, what? We live in an era where our wildest fanboy fantasies have come true—and this isn’t enough? I was beginning to wonder if we had watched different movies, but no, we were in the same IMAX hall that cheered when [spoiler] appeared. Yes, yes, I know I’m being a tease, but I promised no spoilers, remember?

All three characters—Doctor Strange, Scarlet Witch (yes, she adopts this moniker at some point in the film), and Wong—learn to finally be content with what this universe has given them, with what their lives are in this universe, and with what they’ve accomplished and lost.

And that is how their storylines are all resolved in this film—with some teasers in the post-credit scenes. Because they have finally accepted their fates and come to terms with what they have and what they don’t.

So to walk out of the cinema and grouse about what you wanted but didn’t get is completely missing the message of the film. Suffice to say, if you’ve watched every single Marvel television series, shorts, film, and other media that has come out since Iron Man (2008) you’ll probably be richly rewarded by the abundance of cameos in this film. I know I was (but I still haven’t watched the Runaways, sorry!).

Like I mentioned earlier, in what era could we have gotten such intertextuality between Marvel shows? Of course I wanted things to turn out a different way but I’m happy that we even got to entertain such a possibility at all.

And to some extent, I appreciate that the characters onscreen have, too. True, there is some retreading of beats from previous storylines, but all it does is to underscore how important it is to be content with what you have—lest you wreck the multiverse in the process, of course.

Fair warning though, the film was branded as a horror movie at an early point, and even Cumberbatch and Wong have come out and said as much. If you don’t like jump scares and Gothic imagery, watch it anyway, but steel yourself before going in.

Ultimately, I’m content with Doctor Strange in the Multiverse of Madness. I wanted to see it play out the way it did in my head, but it didn’t, and I’m happy to have gone along for the ride. I wanted to see more cameos of my favourite characters, but that’s ultimately a fantastical thought in my head. The film still has a certain X-factor to it, as well as its fair share of inhuman adversaries in the film.

In the end, when you watch the film and walk out, ask yourself this question. Are you happy?