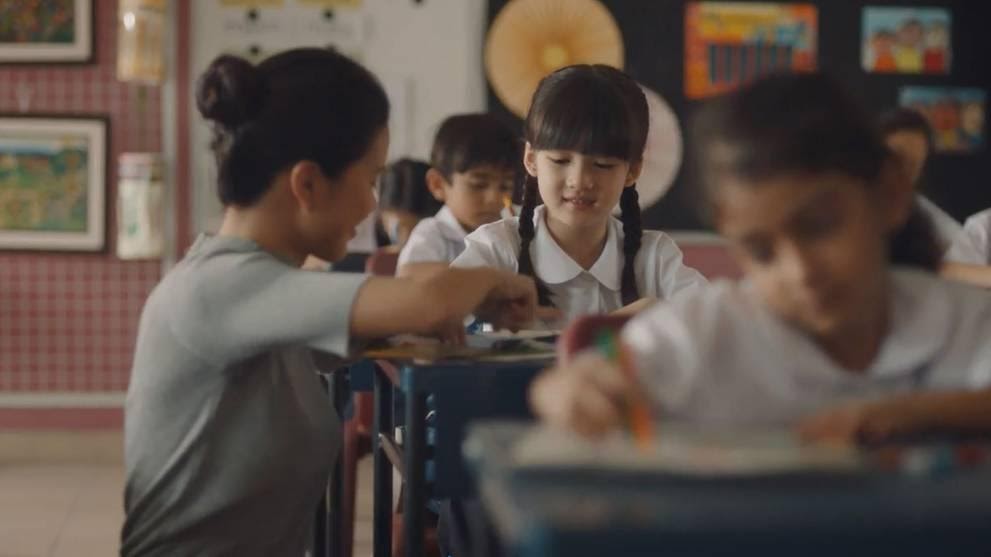 “What’s the next lesson?”

A dramatic sigh reverberated around our classroom. I quickly joined in this collective outpouring of “sian-ness” – after all, having gone through years of an uphill struggle to improve your grasp of Mandarin, expressing your love for the subject would likely earn you a few incredulous looks.

In a society where English takes the spotlight, trawling subreddits and other forums reveals that students brand the study of their mother tongue languages (MTL) as the bane of their existence. Singaporean youth’s aversion to MTL has drawn attention from the public – students, educators and the government alike. In fact, it seems that English has become our first language, while Mandarin, Tamil, Malay and other “original” mother tongue languages have been relegated to the sidelines.

Bilingualism has long been enshrined as a fundamental tenet of education that has guided Singapore’s policy-making processes – we have mandatory learning of mother tongue as the second language, coupled with incentives to encourage students to study Higher Mother Tongue (HMTL). Why then do we still eschew the use of our ethnic mother tongues?

Perhaps it is precisely this formalised system of MTL that has created an unintended inclination to evade usage of the language whenever possible, among students.

Incentives are a double-edged sword when it comes to the study of languages. On one hand, they motivate students – or perhaps more accurately, their parents – to take up the study of HMTL in secondary school; after all, students who pass HMTL at O-Levels are entitled to two-point deduction from their aggregate scores, as well as the added advantage of not having to take H1 MTL at A-Levels should they follow the Junior College route. On the other hand, these alluring benefits may impel students to study harder for their mother tongues in secondary school – but they stop there. Our end goal is no longer to learn to appreciate the language for what it is, but to achieve good grades, reap its practical benefits, then drop the language like a hot potato.

Therefore, it comes as no surprise that many are so eager to discontinue HTML studies in tertiary institutions after nightmarish years of toiling away at school and scuttling to tuition centres. We can see that our utilitarian mindset towards mother tongue is reinforced by the measures in place to promote bilingualism.

Furthermore, the traditional method of rote learning is particularly prevalent during mother tongue lessons across schools, which only serves to perpetuate stereotypes of the languages as mundane and dry. We commit to memory chunks of sample compositions and regurgitate them in examinations (a year after sitting for the O-Levels, a few full sample essays still occasionally rise to the surface of my mind in all their fresh glory). We reply to fictitious emails that we might likely never witness in real life. So much work went into cramming for tests, only for us to leave and reduce our exhausting learning journey to memes (“华文？可以吃的吗？What is Mandarin? Can I eat it?”).

The dire lack of students’ lifelong love for their mother tongue has been exacerbated by the absence of Singapore’s social scene in fostering this love. The 2020 census of population revealed that English was gaining prominence in everyday communication, with 48.3 percent of residents using it most frequently at home. Consequently, the use of Mandarin, Chinese dialects, Malay and Tamil lost ground.

It is a culmination of the various factors above that has led to the unfortunate alienation of the mother tongues among youth. What can be done to solve this resultant cultural inertia towards their mother tongue languages?

I believe that our society must introduce these unique languages to young, impressionable children. This should not be done through insisting that they have to master their mother tongue because of economic or cultural reasons; I’m sure children couldn’t care less about the rise of China as a global powerhouse. Rather, we can strive to start by inducing a more organic passion in the languages among children. When they eventually face the rigid conformity of the school syllabus, only then can this genuine interest help them see beyond taking mundane tests and coveting bonus points.

I’ve had the privilege of studying in a primary school affiliated with Singapore Hokkien Huay Kuan, with its emphasis on preserving the Chinese language and culture. Chinese lessons were infused with weekly Listening and Reading enrichment sessions (我听我读) where kids enthusiastically belted out Di Zi Gui (弟子规), the Three Character Classic (三字经) and classic poems – complete with singing and dancing. Co-curricular activities (CCAs) such as Chinese Opera and Wushu were offered for students to explore their cultural roots. Mother Tongue Language Fortnight provided the avenue for students to have fun while learning, through iconic rap battles in their native languages. Perhaps a page could be taken out of their book to up the fun factor in learning. The Ministry of Education’s revamp of the secondary school mother tongue curriculum is a step in the right direction.

That said, societal forces and education may nudge us towards learning to appreciate the beauty of our vernacular languages, both in literary works and in daily use, but we individuals are the ones at the frontlines of this battle to recapture our interests in these languages. We are the ones who hold the power to decide how we perceive our mother tongues. Yet we are also the ones who forget that the mother tongue language, just like any language, is much more than how our peers speak about it, how our society frames it, or how our school teaches it. External forces have built a pair of warped lenses, which then obstruct our view of the intrinsic value of our mother tongues.

Beyond the pressures of passing MTL examinations with flying colours, let us pause to familiarise ourselves with the language at its very crux. Pick up a few good reads, watch some films or listen to songs in our mother tongue. Take some time to understand the poetic stories behind the idioms we were compelled to memorise. Embark on this gradual learning process with an open mind, for no other reason but genuine interest. After all, if former US President Donald Trump’s granddaughter could serenade Chinese President Xi Jinping with a Mandarin folk song at the tender age of five, why can’t we?

Back in secondary school, if I had looked to other options rather than merely jumping on the bandwagon whenever a chorus of disdain towards Mandarin arose, maybe – just maybe – studying the subject could have been less of an uphill struggle for me.