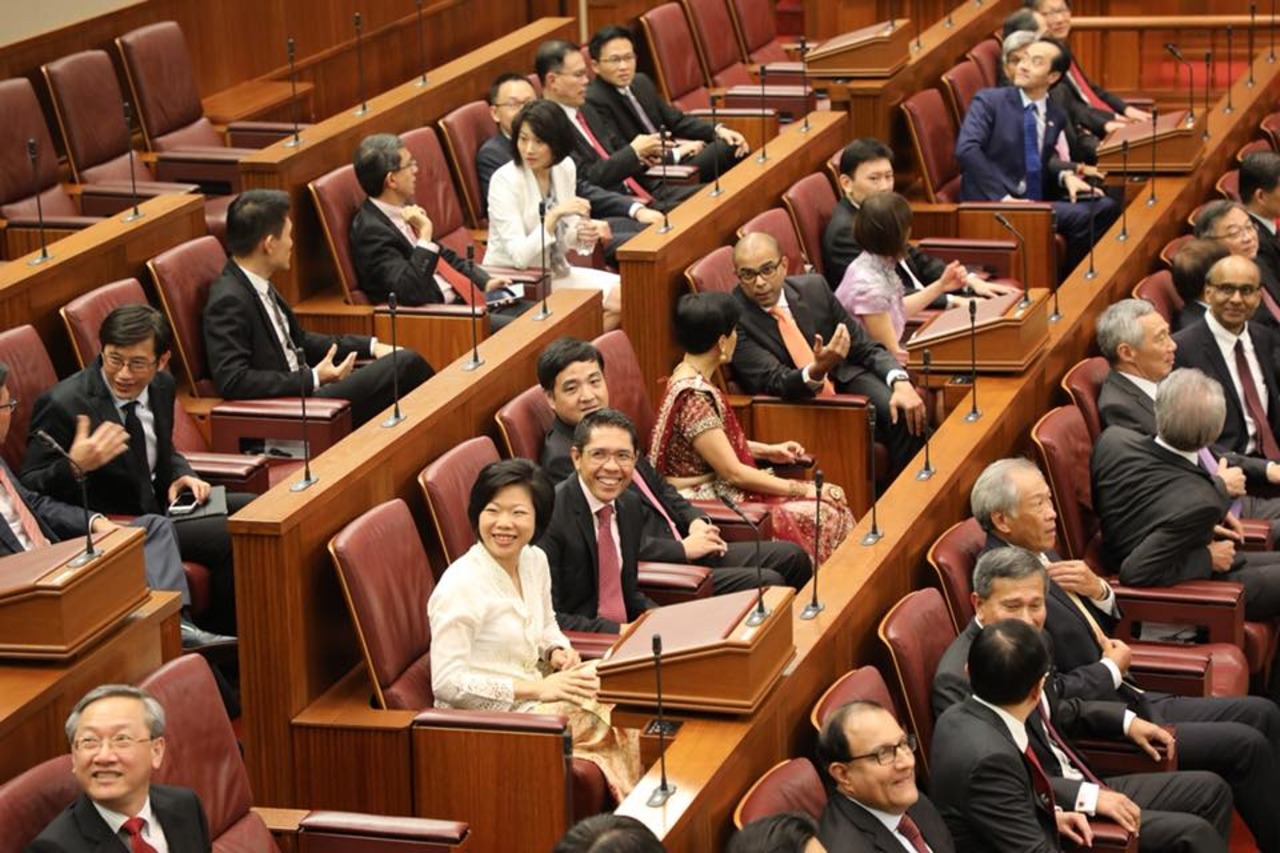 I remember the sense of elation I felt almost a year ago when former Communications and Information Minister S Iswaran announced that the Government had agreed to stream Parliament sessions live. The live stream started in January this year.

Over the years, the Government had dismissed regular calls for live-streaming, citing low viewership as a reason. Still, in January, its first YouTube live stream received more than 80,000 views over two days, a number not to scoff at, though debatable if such a figure can be considered healthy viewership.

One thing is certain, though—According to a survey we conducted with online market research firm Milieu Insight, the live stream has aroused heightened interest amongst Singaporeans in politics, Parliament, and the members charged with ensuring its ceremonial sanctity.

Pandemic driving up interest in politics?

In our survey, 65 per cent of respondents indicated greater interest in politics since the parliament live-stream started. The data is based on a sample size of 1,000 Singaporeans aged between 18 years old or older that represent the Singapore resident population by age and gender.

We used to bemoan that Singaporeans are politically apathetic, so this renewed interest is an encouraging sign of political engagement if statistics are anything to go by.

Is it possible that the pandemic has driven up interest in what goes on in the chamber?

Our survey also revealed that 64 per cent of respondents follow developments from Parliament because topics discussed in the chambers matter to them.

In a time before Covid-19, when prosperity and sound economic growth seemed like a surety, Singaporeans could probably afford to care little about what was going on in the country. Depending on the agenda and stakeholders involved, some issues may not even directly impact us.

But in a pandemic, many would realise that they are no longer living in a state of bliss. Singaporeans are more invested in every word uttered in the hallowed halls of Parliament, almost always pertaining to Covid-19, because they boil down to day-to-day essentials—the mask mandate, gathering sizes, or the right to dine out. There’s a direct and discernible impact.

The whole kerfuffle over TraceTogether data in January, for example, gained traction after Christopher de Souza filed a parliamentary question on the contact-tracing programme involving 78 per cent of Singapore residents (4.2 million people).

Many were understandably worried after Minister of State for Home Affairs Desmond Tan, in reply to the Holland-Bukit Timah GRC MP, confirmed that the police are empowered under the Criminal Procedure Code to use TraceTogether data for criminal investigations. This was a clear retrograde from the Government’s previous assurance that the data would solely be used for contact tracing.

In a statement in Parliament, the Minister-in-charge of the Smart Nation Initiative, Vivian Balakrishnan, admitted that he had not considered the CPC when he earlier spoke about TraceTogether’s data privacy safeguards.

Still, both ministers emphasised that there are proper and stringent safeguards to protect users’ data, and the police will only use it in the interest of the safety and security of Singaporeans.

Law and Home Affairs Minister K Shanmugam further assured Singaporeans that the police would only use TraceTogether data for grave offences. This provision was later added in an amendment to the Covid-19 (Temporary Measures) Act.

With heightened political sentiments from the ground, it’s no longer enough for an MP to be a handy Mr-Fix-It-All at Meet-the-People Sessions, attending to neighbourly disputes or writing appeals to waive off parking fines.

It might have worked in the past when older Singaporeans see their MPs as mere technocrats involved with municipal issues, paying little attention to their parliamentary performance.

But MPs need to remember they are, first and foremost, parliamentarians. Turning up faithfully for those few sittings a month is one thing, but participating actively in the debates is another.

MPs would do well to know that 59 per cent of our respondents—more than half—said they keep up with discussions and debates from Parliament.

In other words, MPs, your residents are keeping track of you and the speeches you make in the House.

My own MP from the previous term, Ong Teng Koon, for instance, spoke only on nine Bills and asked 45 questions from January 2016 until end-2019, according to checks on Hansard. The two-term backbencher has since bowed out of politics last year and was replaced by Hany Soh.

On the other hand, Nee Soon GRC MP Louis Ng spoke on 131 Bills and filed 235 parliamentary questions in the same period.

It’s also not merely enough for an MP to be charismatic because that’s not what Singaporeans look for when they follow what their MPs do in Parliament. Only 17 per cent of our respondents cited “interesting personality” as the main reason to follow a particular MP and what they say in the chamber.

This is in comparison to those who were more inclined to follow MPs with important government portfolios (39 per cent) or those who represent their constituencies (17 per cent).

Of course, an excellent parliamentary performance to maintain political optics isn’t all that matters for MPs. Social media remains a crucial avenue for MPs to connect with their constituents, with 60 per cent of our respondents saying it’s essential for their MPs to have an active presence on social media.

Some MPs have social media accounts but are inactive, rendering them but placeholders of a connected office-bearer—participation notwithstanding. Then, we have a handful who maintain a top-down approach, using social media to churn out press announcements without genuine engagement with followers.

Perhaps MPs should heed the Speaker of Parliament and MP for Marine Parade constituency, Tan Chuan-Jin. Recently, while self-isolating after returning from the Olympics in Tokyo, he held numerous impromptu question-and-answers sessions over Instagram Live, which lasted till the wee hours of the morning.

Such a move humanised the politician as closer to the ground and concerned with establishing more personable relationships with their fellow constituents.

It has been a year since this term of Parliament kicked off, and, assuming this legislature serves its full term of office, there are another four more years to go before the next General Election. With live-streaming of debates in the chamber, a growing interest in politics among Singaporeans, and greater political competition, gone are the days when MPs could bask in their red velvet-cushioned seats while doing non-parliamentary work on their laptops and phones or even fall asleep while speeches are being made.

However, it remains to be seen whether this level of political interest will remain after the pandemic becomes something the populace has learned to live with. What does it mean for our society if we return to being politically apathetic?

Not that we’re asking everyone to sit through a live stream every time Parliament convenes; few have time for that. But it behoves us to continue to be interested and engaged in our country’s political discourse because the issues discussed matter to us in one way or another. Being engaged will also make us more informed voters when elections come round.

With a population more invested in the decision-making process and political discourse, the hope is that the Government will listen more keenly to feedback and have a deeper, more meaningful think through before pushing specific policies. It will know that Singaporeans are keeping track and not giving them the carte blanche to set the agenda without taking them into account.

The online poll we commissioned, was conducted by Milieu Insight, an online market research firm. Field work was conducted the week of Aug 6, 2021 to Aug 11, 2021 with 1,000 respondents and results are representative of the Singapore resident population aged 18 and above. The margin of error is +/- three per cent with a 95 per cent confidence level.

What do you think of the MPs in this current term of Parliament? Share with us your thoughts at community@ricemedia.co. In an ongoing saga with the lie spewed by Raeesah Khan, WP leader Pritam Singh crossed swords with Minister Edwin Tong at the Committee of Privileges. 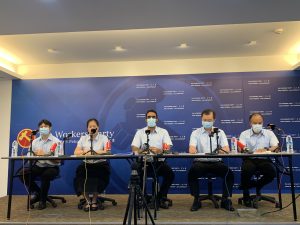 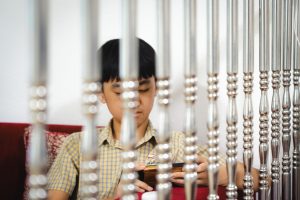