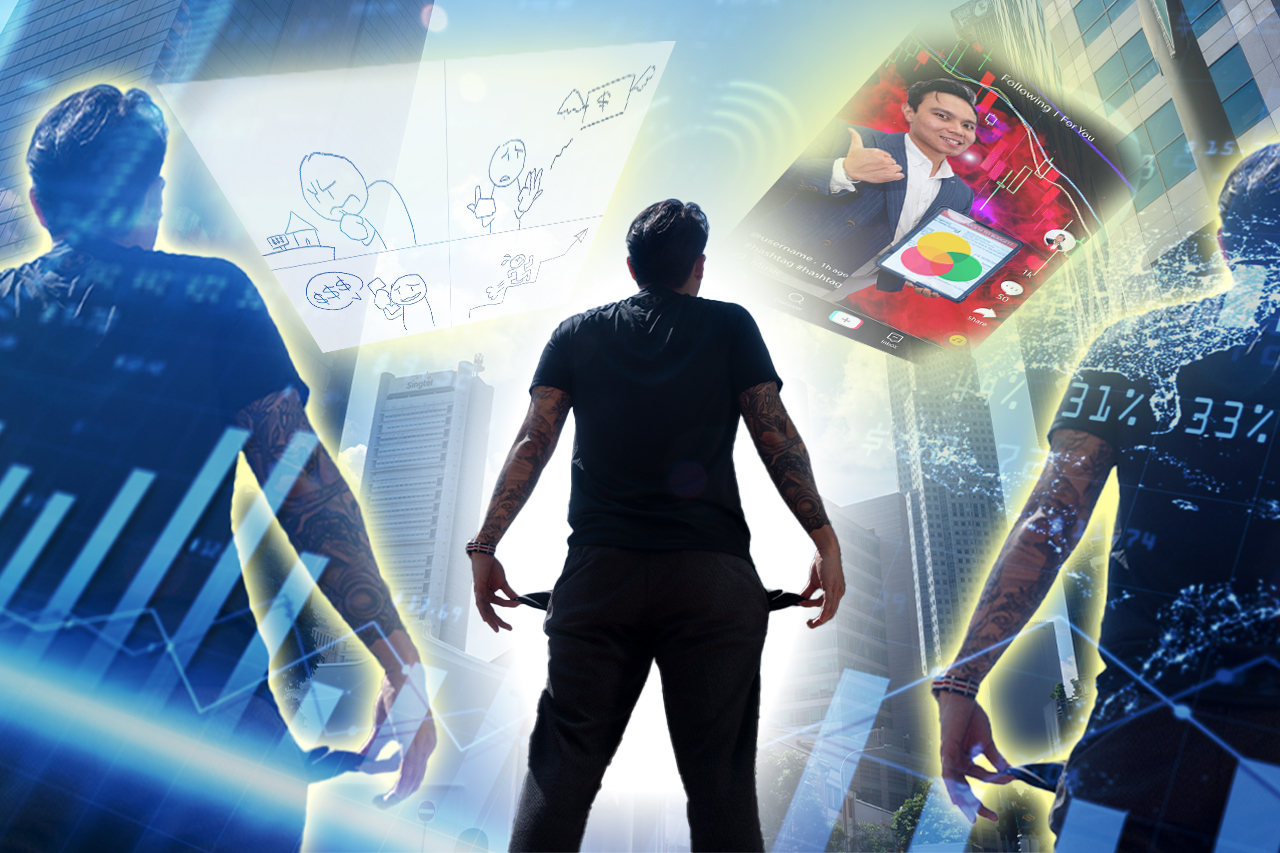 Circa 2009 (perhaps), back in the days when you could ‘become a fan’ of things on Facebook, one particular meme page stood out to me:

I mean, ideally, students could develop the financial skills they’d need in adulthood while still in school. But, let’s be real, quadratic equations and trigonometry were terribly fun (heavy emphasis on the terrible bit). I can’t imagine how much more fun it would be learning about crippling student loans and medical insurance at an age where kids struggle to learn how to text discreetly during class.

Entering the working world meant asking senior colleagues – read: old enough to be my parents – to translate my IRAS letters into something even I could comprehend. I still remember the day a pair of insurance agents approached me at Wilkie Edge. I’ll spare you the details: they were left dumbfounded and speechless upon realising just how little I understood what they talked about. There are only so many hand-drawn rectangles and abstract number problems my brain can compute. I got a job as a writer for a reason. Numbers and statistics remain beyond me.

More recently, with the rise of digestible and actually understandable financial content by names like The Woke Salaryman and @niaolikesiao, am I finally starting to comprehend ‘things’. Things like when I save $90 out of $100, I’d only have saved $80 thanks to inflation.

If things like housing loans and credit interest charges weren’t shrouded in layers of jargon, maybe more of us would actually understand what it all means.

That’s likely why bite-sized financial literacy content does so well. Comics have always been a popular medium for conveying messages to the masses — propaganda, satire, daily gags, you name it.

Co-founder of The Woke Salaryman Goh Wei Choon once stated in an interview that graphic storytelling has the power to make even the most daunting topics easily accessible to anyone, whether the reader realises it or not.

As it is, we’re ravenous for financial content that doesn’t feel exclusionary, and the proof is in the pudding. In the past three years since its inauguration in 2019, the financial-comic publication has amassed over 341,000 followers on Instagram and over 400,000 followers on Facebook. Similarly, finance-based editorial publications like The Simple Sum and life advice personalities like Robert the Otter have successfully used graphic storytelling to spread financial literacy.

Especially with the meteoric rise of TikTok — where short-form videos allow literally anybody to become somebody with a dedicated fanbase — content creators are fervently riding this wave with their financial content. If #fintok is anything to go by, personal finance influencers upload content by the dozens daily, reshaping the way the average joe views personal finance.

Hell, if these were around when I was a teen, maybe I wouldn’t have given the impression to those two insurance agents that I was a hapless fool. Maybe I would’ve started my investment plans earlier. Maybe I’d actually understand what goes into the insurance plans my parents first took out for me.

There’s a caveat, though, specifically when there’s too much of a good thing.

“Comics, memes, social media content — those are great as a hook for getting people interested in personal finance,” Valerie says candidly, before adding: “That’s also where it ends.”

To the 24-year-old AIA financial services consultant, bite-sized finance content can only be treated as a starting point. Most of the advice is sweeping at best. Sometimes, they are grossly simplified. Getting a fuller understanding still requires in-depth articles and explainers to begin chipping away at – what is still – a very loaded topic.

Common sense means that young adults know they should start investing early and know that, with a longer runway, their investment journey will be easier. And therein lies the problem. There’s an overwhelming excess of information which makes it feel similar to choosing a washing machine out of the thousands: How do you choose? Where do you even begin looking? Paradox of choice, is that you, old friend?

Not everyone has the right kind of qualification or knowledge to share about finance. Compared to random people on the internet, AIA financial consultants dedicate thousands of hours to studying, undergoing courses and taking multiple exams just so they know exactly what they’re talking about. For young adults hoping to raise their financial literacy through short-form content, it’s easy to buy into well-intentioned advice that, in reality, isn’t one-size-fits-all.

So even with the renewed interest in personal finance, we’ve taken perhaps only three steps into the jungle, only to realise that there’s a forest of information left to sift through.

Gandalf of the Interwebs

Much like my boss, I recognised that I’m nowhere near smart enough to grow my own money. I all but threw myself into the loving arms of my financial consultant, kind of begging her to take the wheel.

It’s also thanks to her (extremely extensive and patient) explanations that I realised a person in my situation — with two ageing parents to care for, a humble salary, and already had both Life and Medical insurance — would be better off using what I could afford to get a personal accident plan before beginning on investing, just in case anything happened. Several severe food poisoning cases later, I’m just glad those midnight trips to the doctors didn’t leave a dent in my bank account.

Still, that’s not to say there’s no place for social media and bite-sized content in the personal finance sphere. The positives far outweigh the cons, as more and more young adults start seeking financial guidance at an earlier age.

Hadly’s youngest client, an 18-year-old NSman, approached him after Hadly’s vlogs appeared on his timeline.

“It’s not as if my content is purely about personal finance, that turns people off,” he says. “My videos are more about what I do in a day — fitness, food, fashion — and sometimes there’s personal finance and property in the mix.”

The point of creating content, for him, was never about promoting a product or service, but rather generating “organic outreach”. Having a regular online presence, and one that feels genuine, will always be more sincere than cold and stark marketing accounts made for ‘business’, he insists.

Through his posts, that kid could tell that Hadly was the kind of reliable older brother figure you could rely on. He later approached Hadly, curious and hoping to know more about the difference between military insurance and plans AIA had to offer.

Meanwhile, Valerie’s peers and school juniors make up most of her clients, most of whom had expressed interest after seeing her Instagram stories about her own wealth management journey.

In a way, their financial content doubles up as a type of personal branding and self-marketing. Viewers trust personalities who don’t just talk the talk, but can walk the walk. With content creation, financial consultants simply show that they know all about the moolah directly and they do it in a way that’s actually entertaining.

It’s simply because they’re engaging and educational that people want to seek them out to know more about financial content — a far cry from the pre-pandemic days when everyone took a detour whenever they saw an insurance roadshow.

Some say the title of an “insurance agent” has been replaced with “financial services consultant” due to social stigma, but the change in the title also better reflects their roles today. They’re not here to sell insurance, but to be a resource: someone who understands your finances and helps you sift through the options to find one that fits.

It’s kinda like a metaphorical guide through that very same personal finance forest the aforementioned comics and Tiktoks led you to.

It’s not enough to just read comics about FIRE (Financial Independence, Retire Early) and expect all the knowledge in the world to enter your noodles via osmosis. Unless you’re a financial genius like Warren Buffet, we’re all going to need more than just 2D talking heads to get us there. But it’s a good start.

This story is published in partnership with AIA Singapore. 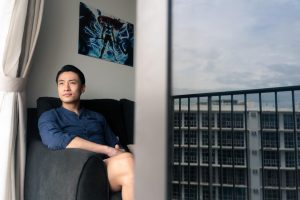 Underneath their polished personas, high-flying insurance agents struggle to have it all too. 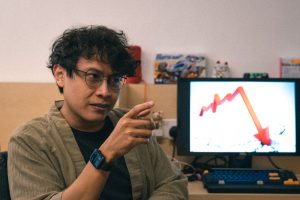 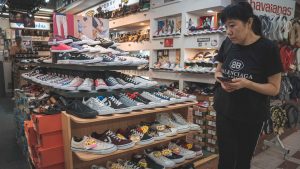