Joke’s On You: “The Phantom of Oxley Castle” Isn’t Just About The Lee Family 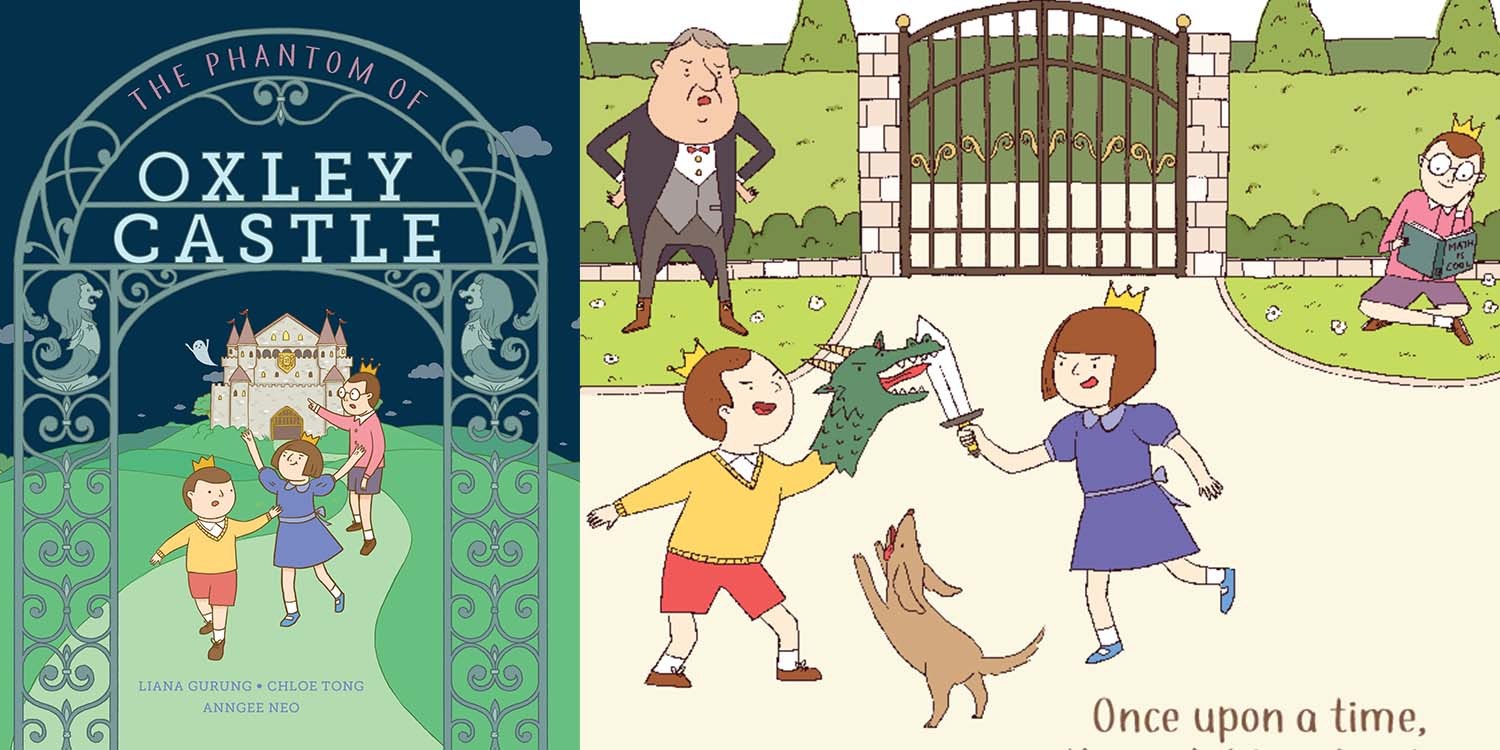 A few weeks ago, I received a string of Facebook messages from a friend of mine telling me about this book titled “The Phantom of Oxley Castle”. Accompanying these messages were links to pages stating that Prime Minister Lee Hsien Loong was about to sue the book’s publishers and authors, that he really wasn’t, that a launch was supposed to take place, and that said launch had been cancelled.

Naturally, I had to find out for myself what all the fuss was about – and so I ordered a copy of the book off LocalBooks.sg. Although the publisher, Epigram Books, had announced that deliveries would not be made until the conclusion of the episode surrounding the book, I received my copy in good time. Clearly, I was fated to read it.

Having read it twice now, my thoughts on “The Phantom of Oxley Castle” can be summarised in one sentence: forget the Prime Minister and his family, the biggest butt of the jokes might well be the Singaporean public.

The book’s three protagonists – Prince Hector, Princess Harriet, and Prince Humphrey – live in one Oxley Castle with their butler, the conveniently-named OB Markus, and their pet dog, Coffee. One night, the young royals are kept awake by strange noises.

Against OB Markus’s orders for them to go to bed, the royal highnesses, led by Princess Harriet, dash out of their bedroom to investigate the source of the sounds. Eventually, the siblings reach a large door through which they can clearly hear the noises. Before their investigation can progress any further, they are stopped in their tracks by the butler. Instead of sending the children back to bed, however, he opens the door to reveal what had been causing the disturbance all along. The ‘phantom’, as it turns out, is Coffee, who has just given birth to three puppies.

The story ends with each sibling happily clutching a puppy and the words “and so they all lived happily ever after … for now”.

Based on Prince Hector’s lofty social status, his dynamic in the family (he is the eldest and most rule-abiding of the three siblings), and his interests (he reads books titled “Math is Cool” and “Super Math Stuff”), it seems reasonable for readers to draw parallels between him and renowned mathematical genius Prime Minister Lee.

What, then, to make of Princess Harriet and Prince Humphrey in relation to Lee Wei Ling and Lee Hsien Yang respectively? In particular, what do the weights and boxing gloves by Princess Harriet’s bed or the random assortment of toys at the foot of Prince Humphrey’s symbolise, and how does such symbolism call to mind the younger Lee siblings?

Well, apparently, Lee Wei Ling keeps, or at least kept, a daily routine of brisk walking several kilometres with dumbbells in hand, thus accounting for the weights. As for the rest of the items: a possible view is that they suggest combativeness on Lee Wei Ling’s part and childishness on Lee Hsien Yang’s, but this is an open question.

Less of an open question, however, is that “The Phantom of Oxley Castle” is at least somewhat satirical and references the Lee family’s dispute over the family property at Oxley Road in some way, despite the authors’ claims that the book is completely fictional. There is plenty of evidence in the book to suggest so.

On their way to their endpoint, the siblings pass the music room, which contains a “stately organ” (“organs of state”, anyone?), and the Great Hall, in which certain items that look suspiciously like national and political symbols are kept.

Its biggest subject of mockery is Singaporeans in general

Also, the siblings’ initial reaction to OB Markus opening the door pre-reveal is not to brace themselves for a spook, but to wonder if a “secret committee” is about to punish them for staying up past their bedtime. This is without mentioning the more blatant references like OB Markus’s name and, indeed, the book’s title.

Yet, the subject at which the book pokes the most fun is arguably neither a politician nor a political ideology or institution, but the Singaporean public as a whole.

Consider the role of the titular ‘phantom’ in the story. Being their pet dog, Coffee is subservient to the fictional siblings. Who else would likewise obey social elites like the real-life Lees but the Singaporean public?

Coffee makes a lot of noise and keeps the siblings up at night, much like how the initial public disquiet over the Oxley Road saga bothered the Lee family so much that the Prime Minister was moved to apologise to the masses. Apparently that was enough to appease the public and allow the Lee family to settle the matter between themselves, giving them the (albeit possibly temporary) happy ending described in the story.

Therein lies the deal with “The Phantom of Oxley Castle”: while it does make fun of the Lee family situation, its biggest subject of mockery is Singaporeans in general.

By likening Singaporeans to a dog, the authors are suggesting that while we are capable of causing disturbances – large-scale ones even – we are ultimately easy to pacify, in part because of our blind devotion to our national leaders.

By making readers think that the ‘phantom’ might be an actual ghost or something similarly scary and then bringing them back down to earth with an “oh, it’s just dogs pining” moment, the authors seem to be implying that public sentiment is low down the list of concerns that the ruling elite has.

And – at the risk of belabouring this point – by ‘giving’ each fictional prince or princess one happy puppy, the authors appear to be mocking the different sets of followers that each real-life Lee has. Though each is apparently loyal to one person only, they all come from the same place at the end of the day: the very place of subservience embodied by Coffee.

Finally, look at Coffee reaching for the bone in Prince Humphrey’s hand. Then, consider how Lee Hsien Yang was able to get the public on his side by appearing to care for our concerns: accountability, transparency and such.

“The Phantom of Oxley Castle” has invited differing viewpoints. Some call it a cheap attempt at capitalising on a newsworthy event, others characterise it as a “teatime browse”, and still others label it simply as “Very OK Lor”.

This review does not attempt to validate or invalidate any of these opinions, but rather to point out that, at the end of the day, the biggest takeaway from the book is that Singaporeans suck: we exhibit tribal behaviour and complain a lot, but never follow up on our grievances because we are too easily appeased by the rulers we so faithfully look up to. 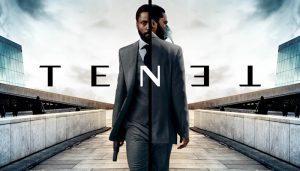 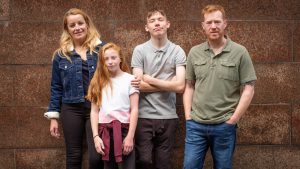 Top image: Unsplash Like most revolutions, the Gig Economy was born under a rallying cry: Freedom! Flexibility! Escape the Tyranny of Your 9 to 5 Work Day!  Who doesn’t dream of being their own boss? With the ability to set their own schedule? There’d be no manager breathing down our neck 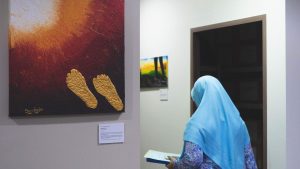 After Covid-19, Will Humanity Find Its Redemption on Mars?

Sometimes I feel an urge to press the eject button on Earth.  No, it’s not Covid-19.  What wears me out is the ignorance and lack of empathy on display by pockets of humanity during this crisis. It makes things that much harder for the rest of us.  Unpopular opinion: I understand