Making a Weapon of Words 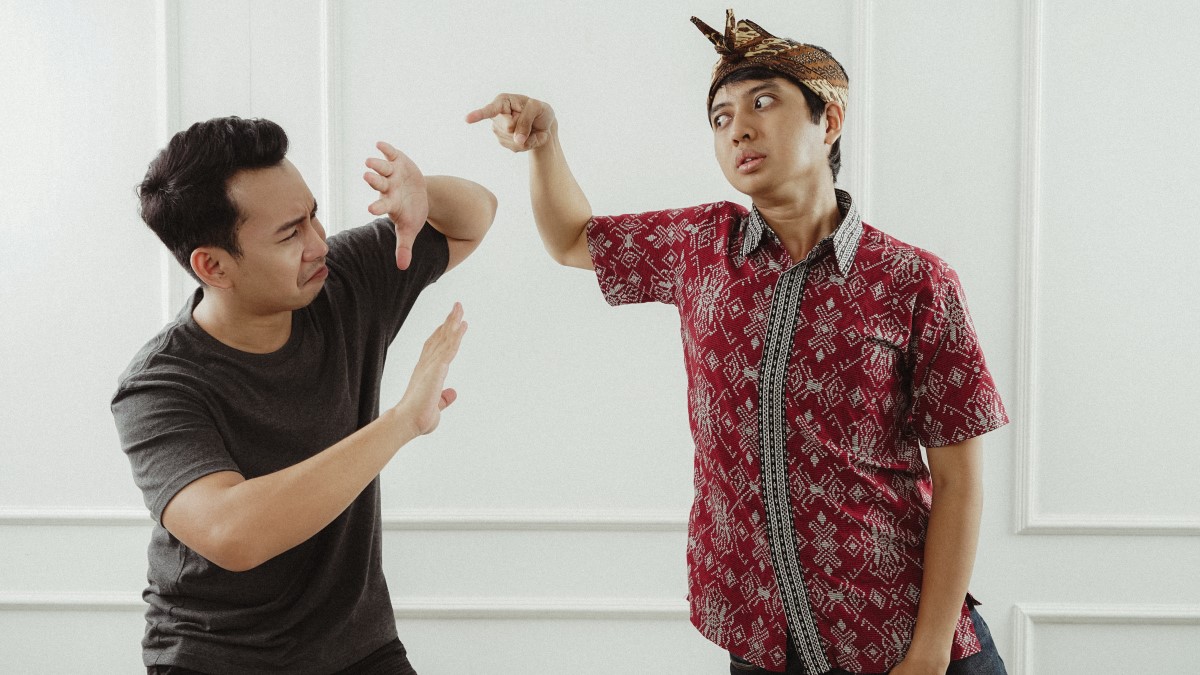 All but a century ago, minstrel shows were performed proudly as public spectacles of ridicule, disabled individuals were left high and dry to fend for themselves as their family abandoned them like damaged goods, and the LGBTQ+ community was but a frantic, shameful whisper among the hushed voices of discrimination. Furrow your brows and look away, uncomfortable at the prejudice that once encompassed our reality and seek the comfort of modern-day. Indeed, sweeping strides have been made in our battle against discrimination on almost every front; with the widespread support and endorsement of the Black Lives Matter campaign, the legalisation of same-sex marriage in 29 countries worldwide, and the general coalescence of disabled individuals with our society. Yet, discrimination still runs rampant in our everyday interactions; so close that you might not even notice. Right under your nose, in the words that you speak.

Slur- noun. words intended to insult or injure someone’s reputation. This definition provided by Cambridge Dictionary fails to incorporate the recently-adopted meaning of the word in our modern context: a word that disparages a specific group of people. Slurs are most prevalent against marginalized groups such as the LGBTQ+ community, racial minorities and handicapped individuals.

A recent trend shows how intolerance of slurs has transcended the severity of even the most vulgar of language, such as the F-word. In 2019, a survey[1] was conducted by a cognitive scientist to explore the severity, or magnitude of offence, of certain words to college students. He concluded that they considered many commonly used slurs to be more offensive than popular profanity, with the N-word scoring an average of 7/9 on the offensiveness scale, and the F-word profanity at 2/9.

So, certain words are prejudiced and amoral. Duh. Yet, the nuances of linguistics in our social sphere bring more to the table than meets the eye (or ear). It is arguably true that certain words such as the R-slur were more or less socially, if not morally, acceptable to use in the 2010s, when pop culture boomed with edgy humour primed on shock value. This means that the seemingly sudden condemnation of these words today is met with controversy and social inertia.

Ingrained within human nature is self-centredness—a reluctance to show concern over issues that do not affect our immediate reality. And when people are asked to refrain from using certain words they have mindlessly dished out for years, compliance is not expected and is not received. “Words are just words,” some defend, “My black friend gave me the N-word pass.” Within the ignorant ramblings of the indignant, however, certain points are made that might give us pause: Why are some words with a prejudiced origin not considered slurs, while others are?

“Dumb” was once meant to describe someone deaf and blind, and “mad” those with mental illness. Yet, these words are not considered slurs. Why is that? To answer this, I raise another question: The word “nice” used to be a derogatory term meaning slow-witted, while “bully” used to be a term of endearment. Yet it is understood that these terms have radically different meanings today from their original definitions. Why is that? The answer lies in a little thing called semantic change.

Semantic change is a form of language shift with regards to the evolution of word usage, such that the resulting meaning is profoundly different from the original. It occurs when a different intention of the word is widespread among the community and becomes established in its usage. This becomes important when we consider the arguments of those resisting the denunciation of certain slurring words: the evolution of language is almost always catalysed and propagated by a social shift. That is to say, the meaning of words is what we give them.

By that logic, can we simply make a word less offensive? A 2019 study[2] about sex roles found 2.9 million tweets containing gendered slurs were made each week, as opposed to 105,000 tweets containing ethnic and religious slurs. This corresponds to how slurs that discriminated against ethnic groups and religions were found to be higher on the offensiveness scale than gendered slurs. Does this make the issue of gender discrimination is of less significance than that of ethnic groups and religions? No. The normalisation of slurs is a pandemic in and of itself, with some mistaking normalised as acceptable.

It would be deceivingly simple to ban such words from our daily lexicon and go about our lives, and yet in a troubling grey area lives another issue entirely—the reclamation of slurs by the very marginalized groups that these words attack. The technical term, linguistic reappropriation, is a specific form of semantic change that trades prejudice for power; in reclaiming words that have been used to instil fear and control for so long, and in turn, exercising control over them, marginalized groups transform slurs into expressions of pride and self-respect, as if taking back the handcuffs their oppressors left on their wrists.

The act of self-labelling is perceived by many as the “defying act of taking ownership over a term, and denying the dominant use of it.”[3] While the reclamation of the n-word is still largely controversial in modern society, an example of a more successful outcome might be a word you didn’t know was ever considered a slur at all— “queer”. The very fact that I can safely spell out the full word and be reasonably clear of backlash and public denunciation is testament itself.

Reclamation of “queer” first set its rainbow-emblazoned flag sail at New York’s 1990 Pride event, where the founders of Queer Nation, and LGBTQ+ activist group, noted that “QUEER can be a rough word but it is also a sly and ironic weapon we can steal from the homophobe’s hands and use against him.”[2] Nowadays, “queer” has evolved from a term reeking of distaste and condescension to a popular self-labelling word of the LGBTQ+ group, sometimes even designated as the politically correct term to describe an individual of the community. If this isn’t enough to convince you that language has the ingrained ability to shape entire socio-political movements, then nothing will.

Kendrick Lamar once stopped a white fan onstage when she used the N-word repeatedly while rapping his song. “I’ve been on this earth for 30 years, and there’s been so many things a Caucasian person said I couldn’t do,” he said, “So if I say this is my word… please let me have that word.”

When you dismiss words as being “just words”, you dismiss the historical and cultural meaning behind these words– the same words that have been weaponized against millions for far too long. When you choose to call someone the N-word, you are digging up the countless centuries of deeply ingrained systemic racism that fostered the slave trade and still seeps its way into the cracks of modern-day equality. Words have power, and you are wielding that power. Every time you use a slur as a cheap pathway to slapstick humour, you set back the progressive movements that have painstakingly inched their way to reach the sub-par level of acceptance we give them today. It is a privilege to able to learn about slurs, instead of experiencing their usage first-hand. If, for once in your life, having to watch what you say bothers you, then you are the problem.