“Let’s Go for the Marina Bay Carnival Together!” I Told a Taxi Driver 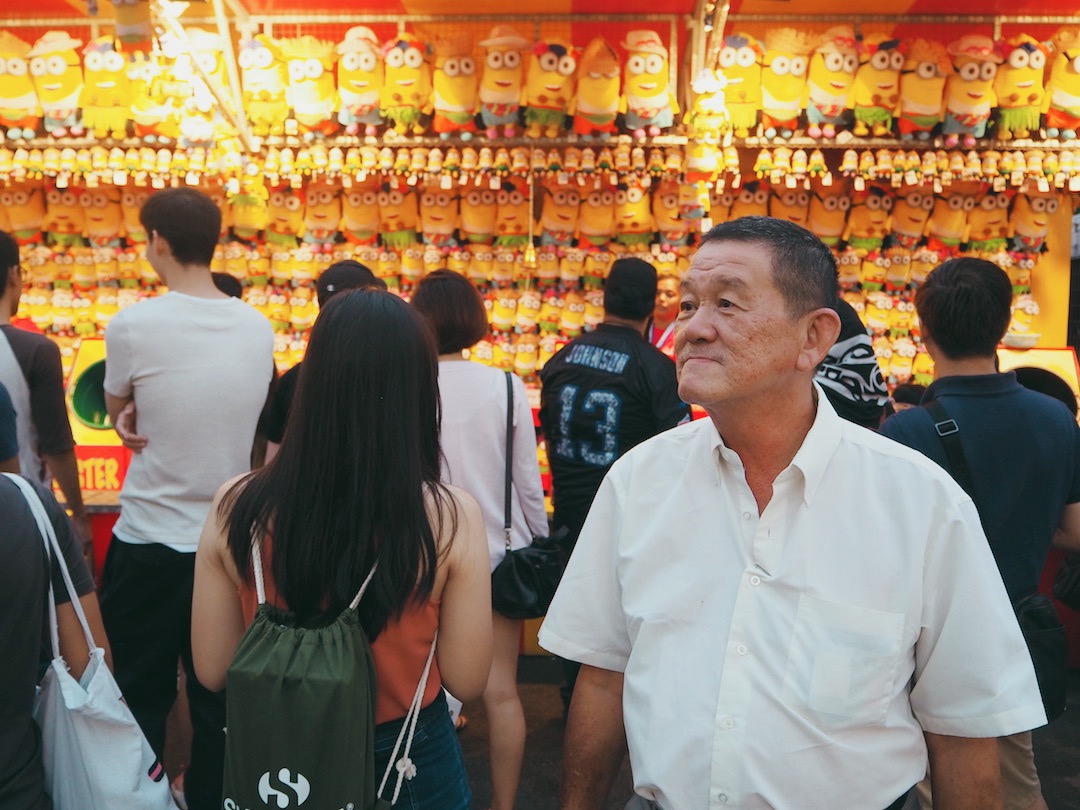 Here’s the thing about me: I hate depending on other people for company. If I really want to do something or go somewhere and can’t find anyone to do it with me, I’d usually do it alone.

Of course, sometimes I would rather have someone with me. So this stubborn insistence to dictate my own schedule means spontaneous meetings with friends or acquaintances who happen to be available.

Occasionally, it even means willing strangers to do shit with me.

This week, for instance, I have time to kill and want to check out the Marina Bay Carnival after reading a couple of reviews online. But all the friends I’d like to go with are either unavailable on short notice or would rather die before they set foot anywhere near a rollercoaster.

And so, when I hop into Mr Ong’s blue Comfort cab at 6pm one day, I ask if the retiree would like to accompany me for the next two hours at the carnival.

The first five minutes of talking to a stranger can feel like you’re on a speed date. You quickly assess each other’s body language and tone of voice to gauge their level of comfort. Fail the test and you may as well give up right then and there.

Luckily for me, Mr Ong is as open to adventure as I am, which he demonstrates by telling me to ask him “anything [I] want” about his life as we drive towards Marina Bay. The only caveat: we have to speak in Mandarin.

Now in his 60s, he’s been a taxi driver for more than 10 years, since folding up his business in CD packaging. This is his retirement job, but he still works from 3pm to 2am.

“The life of a taxi driver is very simple. We eat, drive, then go home and sleep. You have very few friends left after you start driving a taxi, but you’ll meet new friends who are also drivers.”

I soon discover that the reason Mr Ong is so open to entertaining yours truly is because he’s used to meeting “weird” people on the job. Throughout the rest of our long drive, he tells me about all kinds of customers. From those who keep changing their minds about their destination throughout the journey to those who shortchange him or don’t pay up, he clearly meets no shortage of difficult or calculative people.

Apparently, he also gets gamblers as passengers fairly often. These people usually end up confiding in him.

“There was one man who had just gambled away his wife’s $8,000 savings. He told me he wanted to commit suicide. I told him not to be silly, and to just admit to his wife what he’d done then change his behaviour,” he says.

As a result of the people he meets and his savvy business sense, Mr Ong really doesn’t like gambling. He once even turned down a passenger who offered him $1,000 of her winnings if he accompanied her to the casino. He tagged along but refused to accept the cash. In the end, she insisted and gave him $500. Pretty decent for a few hours of ‘work’.

No thanks to traffic, we finally arrive at the carnival at 6:40pm.

At this point, however, I no longer regard Mr Ong as a taxi driver or a stranger. He almost feels like my grandfather relating stories of his youth to me.

And before we enter the fairgrounds, he offers me a cigarette, which I accept.

The carnival is already in full swing and the queues get longer by the minute. There are mostly young couples and young families, and I don’t see anyone who is Mr Ong’s age.

“This is the funfair ah?” he says, looking up at the 55-metre high Mach 5 ride that swings riders round and round in both directions. He shakes his head vigorously.

Just as well, I think, we shall just walk around the fairgrounds then. I’m enjoying the conversation too much to break the flow.

At one stall, there’s a game that requires players to throw small hoops over the necks of glass bottles. After observing for a few minutes, Mr Ong turns to me and leans in like a co-conspirator.

“You know the trick? You have to focus on one bottle and continuously aim for that.”

It might be because he’s old, but his words almost feel like an analogy for life. He refuses to try the game though, because he thinks it’s a waste of money. I imagine the stuffed toy prizes will also be useless to him.

Even though it’s dinner time, Mr Ong politely declines the list of available foods I’ve just rattled off: curly fries, sizzling sausages, warm melted raclette. I find out that not only is he diabetic, which means he needs to pick his meals carefully, he is also used to eating after his shift instead.

Later on, he tells me that he doesn’t appreciate newfangled hipster food. Ah, a man after my own heart.

There are several statues scattered around the carnival that act as photo spots. I ask Mr Ong to stand at one that resembles a fat man, before snapping a quick photo of him with a silly grin on his face.

“You can show this photo to the girls you date,” I joke.

Then I remember that he told me to ask anything.

“Do you ever regret not being married?”

“Occasionally,” he says after a long pause.

He never married in order to focus on his business, and because the woman he loved didn’t get along with his parents. Their tempers were also a mismatch.

There is a woman in his life now, but he laughs when I ask if he plans to marry her. He thinks they are “too old” and will “probably only have about 10 years more to live anyway”.

“Marriage is kind of a destiny thing. If you’re not fated to marry, even when you do, you will get a divorce. If you’re fated, then it will work out in the end. I have a friend who was divorced and got married again to his ex-wife about 13 years later!”

In his worldview, relationships should be simple.

Like someone? Tell them, don’t waste time. Even better, show them. Words are useless.

Can’t figure out if they like you too? Test them; don’t speak with them for a few days. See if they initiate conversations with you.

Want to get married and have children? Do it when you’re young, while you have the energy to look after your kids.

Not for the first time that night, I envy his straightforward approach to life.

I’ve always suspected taxi drivers must hear stories all the time from heartbroken people who relate their sorrows in the backseats of their taxis. They don’t just drive these passengers home, but act as their counsellors along the way.

“Sometimes I will ask if they need help. I’ll also give advice to couples who fight. I tell girls to hold on to good men, let go of bad men. They ask, ‘Uncle, how you know this man is bad?’ and I reply, ‘I am a man, of course I know,’” he says, before getting distracted by the splash of the Jungle River rollercoaster behind us.

His wisdom probably comes from being through decades worth of his own tribulations. He says that a girl once threatened to commit suicide in their younger days because he didn’t reciprocate her love for him. They remained friends, and she’s happily married with children now.

“Love and like are two different things. If you love someone, you will want to protect them. She loved me, I didn’t love her.”

“So how many people have you loved in your life?” I say.

We’ve circled the carnival about four times and Mr Ong is ready to get back to work again, but not before he offers to give me a lift home.

Along the way, I question if he has ever considered being a driver with Grab or Uber instead. These are, after all, brands that appear to be his company’s biggest rivals, and they seem to be winning.

The short answer: no.

“I learnt in business that we can’t abandon people during hard times. That’s why I don’t leave Comfort. I can’t leave my boss. Even though I am just one person, you just need to add up everyone’s individual actions to make a difference. So my own mindset does matter.”

We share details about our families on the drive home, and he tells me more about his nieces and nephews. He also says that his social life consists of old friends from as far back as primary school.

A huge part of why encounters like this are thoroughly enjoyable is because both parties know it’s unlikely to ever happen again. I don’t know if I’ll ever see Mr Ong again and frankly I don’t know if I want to.

Before I alight, I say, “Uncle, did you have fun tonight?”

“Ya, a different experience! But like I said, I get weird requests all the time.”

So to him, I may just be another passenger in his memory tomorrow. But I know these unexpected two hours with a complete stranger at a carnival have already impacted my life in a small but significant manner.

As for the Marina Bay Carnival itself, I suppose it could have included a haunted house. 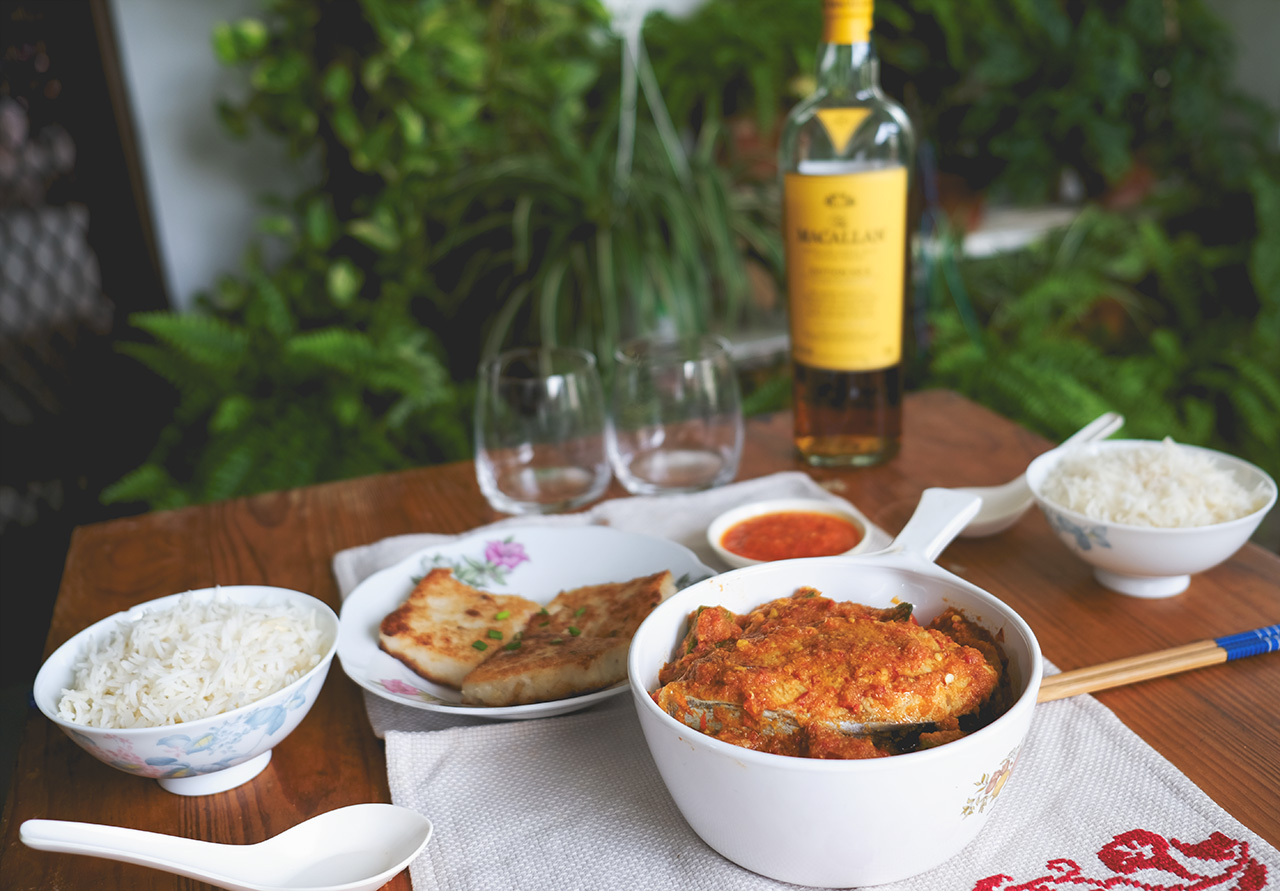 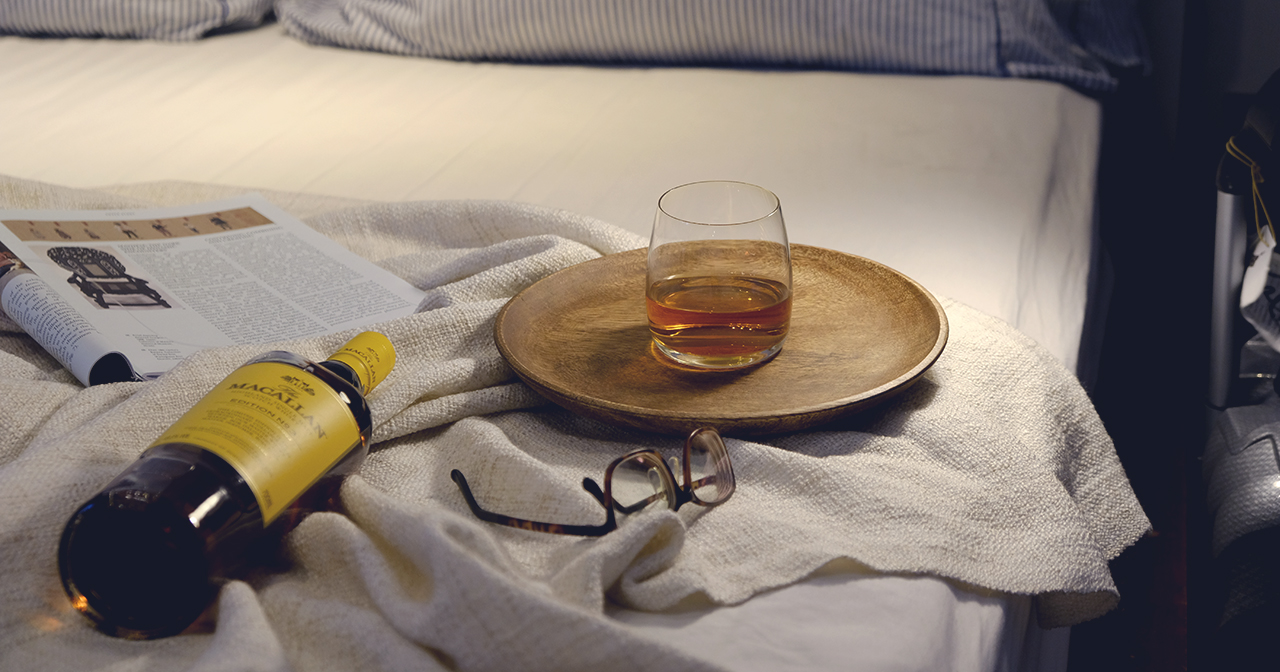 Overheard in Zouk’s Female Toilet: “My Ex Is Here, I Wanna Go Home!”