Movie Review: The Scariest Part of ‘Malignant’ is How It Treats Spousal Abuse 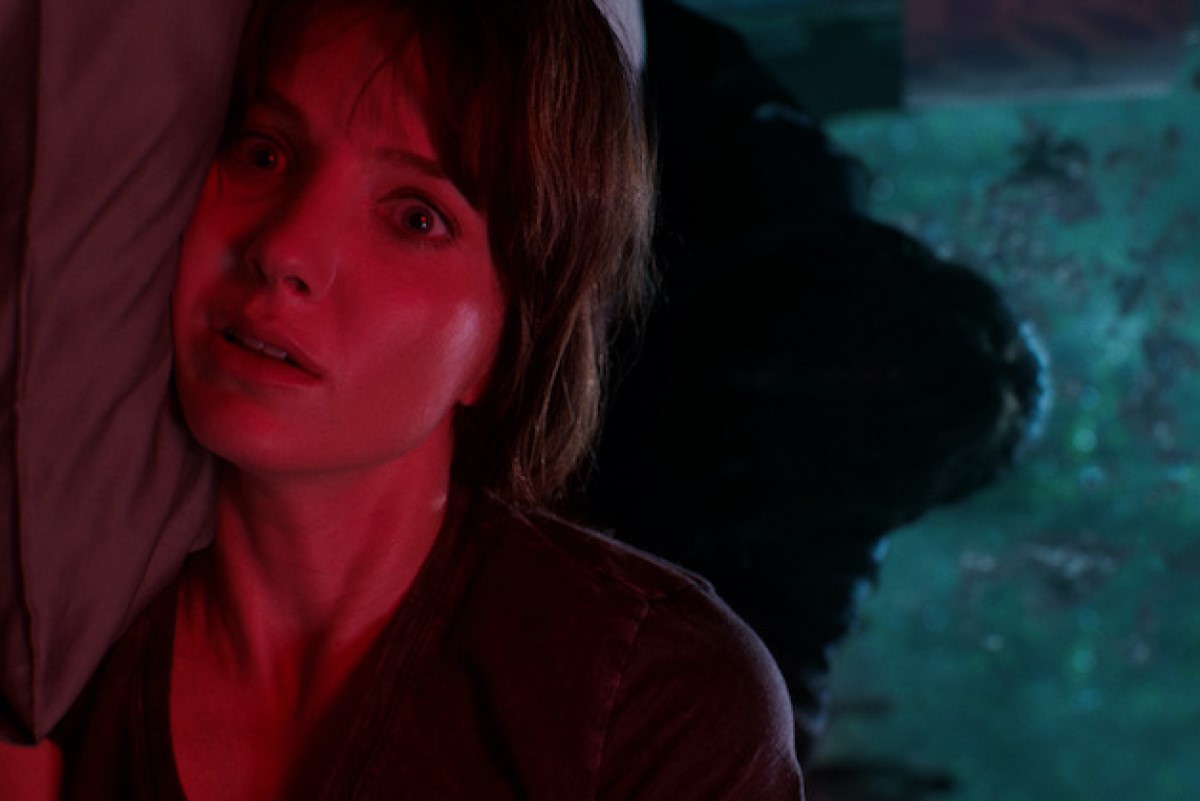 You know that a horror movie isn’t living up to its raison d’etre when there are peals of laughter in the cinema. That happened twice during my viewing of Malignant, when the audience laughed at an overdramatic reveal, then later at a cartoonish line uttered during the film. But the scariest part of the film is a scene depicting spouse abuse—with a human as the true monster of the scene.

As the title strongly implies, a particular health issue is key to the frightful going-ons of the film. It revolves around protagonist Madison (Annabelle Wallis), who stumbles upon an inexplicable murder. Later on, she starts having visions of the same killer going after his other victims and eventually comes to a horrifying revelation about her relationship with the movie’s villain.

On paper, the plot of Malignant seems like it’d work. It certainly ticks off all the checkboxes for horror (characters venturing into dark places alone, characters leaning in a bit too close to examine things, characters not taking threats seriously). Still, it feels like an incredibly inexperienced crew put it together—which is shocking for a James Wan film, and even more so compared to his excellent The Conjuring movies.

The movie opens with a scene of a homicidal patient in a medical facility, as the guards and nurses attempt to overpower and sedate him. While it’s intended to be a terrifying taste of things to come, what with the string of dead bodies that the killer leaves behind… it’s not.

Like the murderer in the show, there’s just something off about the entire first scene. Cheesy lines like “You’ve been a bad, bad boy” undercut the ostensible horror of the opening sequence, and the voice of the homicidal patient (Ray Chase) sounds like a villain from an 80s cartoon.

Incidentally, Ray Chase actually does voiceover work for anime and Western animation. Still, it seems like he may have been instructed to sound like a cartoon villain rather than a, you know, normal, human person.

What happens next, however, is where the film is at its most promising. The next scene shows us Madison with her abusive husband Derek (Jake Abel). Madison has had a string of miscarriages which Derek is clearly unhappy about. In a fit of alcohol-induced rage, Derek strikes Madison that the back of her head slams against the wall, leaving her with an injury that continues to bleed throughout the rest of the film.

Predictably, as with many cases of spouse abuse, Derek apologises profusely for what he has done—but it’s clear that this isn’t the first time he’s been like this.

As someone who grew up in a household with domestic abuse, this pattern of abuse-apologise-abuse-apologise is eerily authentic in a film where very little else rings true. I could see how Madison was living in constant terror of Derek losing control and taking it out on her, yet she felt trapped in that situation because leaving would mean facing the unfamiliar.

And when your emotional capital has been depleted after years of abuse, it’s nigh impossible to muster up the courage to leave familiarity and face the challenges of the unknown. That’s true horror right there.

Given that Jake Abel (of Supernatural fame, he plays the third illegitimate Winchester brother and the archangel Michael in that series) is billed in the opening credits, I assumed that his abusive husband character Derek would be a crucial part of the movie. Hence, I felt dread at seeing more such scenes of abuse play out in the film. It would be an effective, albeit uncomfortable, device.

And this is where the film held so much potential—if it had explored this storyline and tied it to the overall plot, it would have made for so many different levels of horror.

True stories of abuse are very much like the one depicted here—with a never-ending but unpredictable cycle of violence and calm mixed in with relatively everyday life rather than what’s assumed to be daily outbursts of physical rage. Malignant’s treatment of this topic, brief though it may be, felt genuine and possibly based on the experience of one of the creators.

However, that aspect of the movie is soon dropped for plot reasons. While the other characters acknowledge that Madison was trapped in an abusive relationship and isolated from friends and family, that’s all this plot point ever amounts to.

It’s almost criminal to see such a pivotal moment in Madison’s life, but have it be virtually inconsequential for the rest of the movie. There’s even a little victim-blaming on the part of the police officers who investigate the case, which is resolved off-screen.

After the spouse abuse scene and a bit of horror, we’re shown Madison’s sister Sydney (Maddie Hasson). She is introduced wearing a gaudy princess costume—because she works as a princess at a children’s attraction—that raises eyebrows when she visits Madison at the hospital. It’s not entirely clear if this was done for comedic effect.

This tonal whiplash continues throughout the film, with cartoonish dialogue that either state the obvious or is overly dramatic. With the most horrifying part of the movie over (to be clear, that’s the spouse abuse scene), the rest of the show seems poorly put together.

The visuals, on the surface of it, are all right. But the cinematography feels like they let an intern decide all the shots. Whenever there’s a point to be emphasised (and there are many points that are stressed), the camera zooms in—but this camera direction is awkwardly handled. It’s not slow enough to create a lingering sense of tension, and it’s not fast enough to evoke shock and horror, leaving you with a comical camera movement that erases whatever horror may have been built up.

There are some other creative top-down and point-of-view shots, but overall there’s no sense of craft to the film’s cinematography. And that’s strange since The Conjuring 3’s Michael Burgess returns as the cinematographer.

George Young stars as Detective Kekoa Shaw, a strangely Hawaiian name to give to someone who looks more Pan-Asian than anything else. His character is in charge of investigating the string of grisly murders. Inclusivity aside, George Young’s character is quite likeable and one of the brighter points of the movie.

Had Malignant expanded on the spouse abuse storyline and integrated it with the main plot, it would have made a richer and more thought-provoking film. The direction it goes in isn’t bad, but its execution is unmistakably so. If you like laughs with your horror, then Malignant is for you—though be warned, it isn’t actually a comedy-horror film. Don’t let stifled laughter tell you otherwise.