The Flawed, Realistic Ways in Which Singaporeans Manage Their Money

To quote Riverdale, your mid-twenties are a time of epic highs and lows.

On the upside, you have financial independence at last and no longer need to beg your parents for their credit card information.

On the downside, you are perpetually broke. Or at least it feels that way. Towards the end of the month, you often find yourself so short of funds that you cannot afford the second ‘veg’ in your ‘1 meat 2 veg’.

Yet, the people around you seem to be spending money like there’s no tomorrow. Your Instagram feed is filled with $12 grain bowls, Bali hotels, pink cocktails, and wallet-cleansing Aesop hygiene products, which if re-sold, could probably fund a primary school in Cambodia.

You’re left wondering where these people get their money from.

Some are as strapped as you are but seem unconcerned because they have a YOLO attitude or rich parents. For others, however, a seemingly-extravagant lifestyle of clubs and Grab rides everywhere is anything but irresponsible. Although they appear to be big spenders, their lifestyle is underwritten by unseen rules and smart habits, all of which exist out of sight because they do not make for a compelling Insta-story.

Zachary, 26, is one such person. Due to his frequent trips abroad and love of shopping, he’s often seen as a big spender – a perception he rejects.

“I think a lot of it is due to social media; they see you posting a lot of holiday pictures and nice food, so they jump to the conclusion that ‘this guy must be rich,’” he explains. “But the problem is, I don’t really post pictures of me depositing money and eating frugally the next day.”

Contrary to what many of his friends might expect, he does save about $1,000 every month, which is more than a quarter of his salary. $100 is transferred automatically to a separate ‘savings’ account via GIRO, and on top of that, he manually transfers about $1,000 from his main account to a secondary savings account, which he doesn’t touch except for emergencies.

To save $1,000 dollars, he relies on a mix of meticulous book-keeping and gut instinct.

Every day before he goes to bed, Zachary records his daily expenditure in an excel spreadsheet. While he does not have a strict daily budget because he doesn’t like to get ‘hung up’ over small things like a Starbucks coffee, he does check if he’s drastically overspending and moderates his expenditure accordingly.

“Let’s say, if I go out to a restaurant on Monday, I will consciously try to eat porridge or cai png for the next few days to balance it out,” he says.

To manage his spending on big-ticket items like long holidays (he has just returned from 3 weeks in America), he tries to spread out his expenditure over a couple of months. By booking the hotel in one month and paying for the air tickets in another, he’s able to ensure that his ‘indulgences’ do not eat into his savings.

“Sometimes it does happen lah, but not very drastically.”

[Read: How to start a budget plan you can actually stick to]

Li, 27, uses a similar system to manage his budget as a Singaporean studying abroad. As a P.h.d student in Chicago, he has large expenses (America, urban environment) but only a modest income of $2100 from his part-time teaching and research.

To manage his expenses, he too uses an excel spreadsheet to keep track of his monthly expenditure. Unlike Zachary, he breaks down the budget into various categories like rent, food, subscriptions, and transport. On the spreadsheet, he is able to keep track of how far or how close he is to the targeted amount.

The largest categories—rent and car—are non-negotiable because he needs a vehicle to get to his research facility and because rent is expensive in a big city. To cope with this, he reduces his expenditure in other areas like food.

“I find that cooking for myself saves a lot of money as compared to eating out. I save about $100 – $200 by cooking curries and stuff at home,” he elaborates.

His main ‘luxury’ expense are triathlons, which can cost quite a bit because both the bikes ($1000)  and registration fees ($60 – $200) are rather expensive. To limit his spending, he participates sparingly, limiting himself to 2 or 3 races every year.

For other big purchases or ‘money sinks’ like travel, he creates a separate budget beforehand, and saves towards the goal.

“I am currently planning a trip to New England in the summer and I anticipate spending $400 – $800, so I will start saving for it now,” he added.

Closer to home, such strategies might not work out as well because, let’s be honest, only the most disciplined of working adults can summon the willpower to don an apron everyday. It’s much cheaper, and often more sensible to visit the Economic bee hoon stall.

But the wide availability of good food in Singapore is itself a separate challenge, especially for gourmands like Jonathan Wong, who lives to eat and drink.

“People think that I spend a lot because I buy a lot of high-quality things like Mikkeller beer or single-origin coffee,” he said, “But these highly-visible brand-name products are not the real issue.”

The real issues are the ingrained habits he has formed to cope with workplace stress, which causes his costs to spiral out of control. Although he uses a savings app to track his expenditure, there are often lapses of discipline, especially when the going gets really tough.

“Like, if I had a particularly rough day, I would go and have a beer, which might turn into 2 beers or 3,” he says, “That’s how things get out of control.”

Likewise, the stress of working in a start-up means that he has less bandwidth or “emotional availability” to keep a tight grasp on his spending. Yet this is an excuse, he admits, though nevertheless a real challenge because he’s trying to save up for furniture and a rainy-day fund.

[Read: How to save if you’re bad with money]

To manage his expenditure on food & drink, he sets hard limits on the days when he is allowed to indulge. Weekday after-work drinking is a strict no-no, and he avoids expensive liquors, sticking mostly to store-bought Japanese beer. He’s even resorted to bank-provided tools to help plan his finances.

“It has proven quite a challenge because I’m at the point where I’m making enough money that I can be relaxed about spending, but not enough to actually to relax and kick back,” he explains. “I still wish to save more so I can go on holidays, and so I can have a six-month buffer fund for emergencies like losing my job or whatever.”

If an excel spreadsheet isn’t enough, and you wish to learn more about financial planning, visit DBS NAV, a one-stop shop for your financial information needs. Whether you are looking for an article or financial planning tutorials, NAV will offer you smart, reasonable advice, with no hard sells or gimmicks.

If that’s too much work, visit TwentyxThirty by DBS for advice on managing your money without resorting to eating grass. 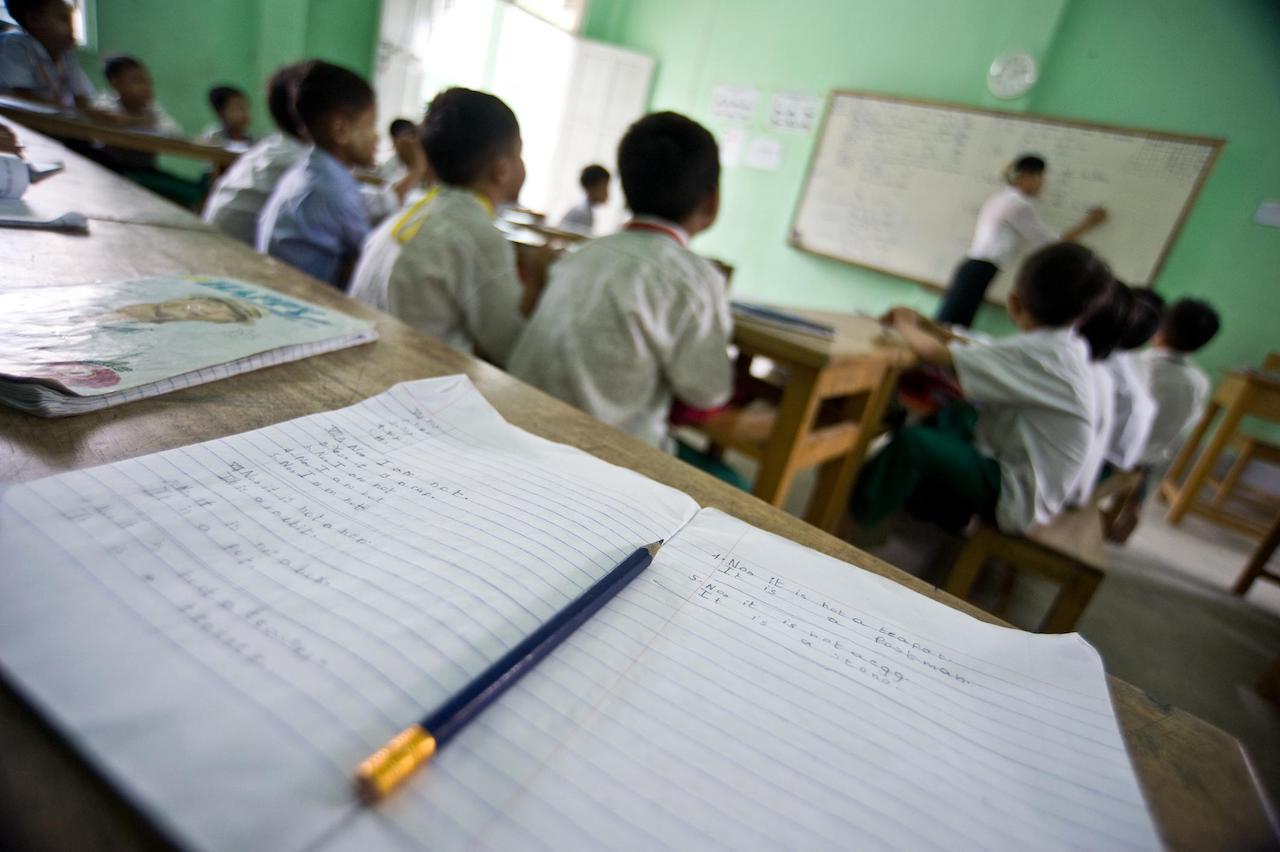 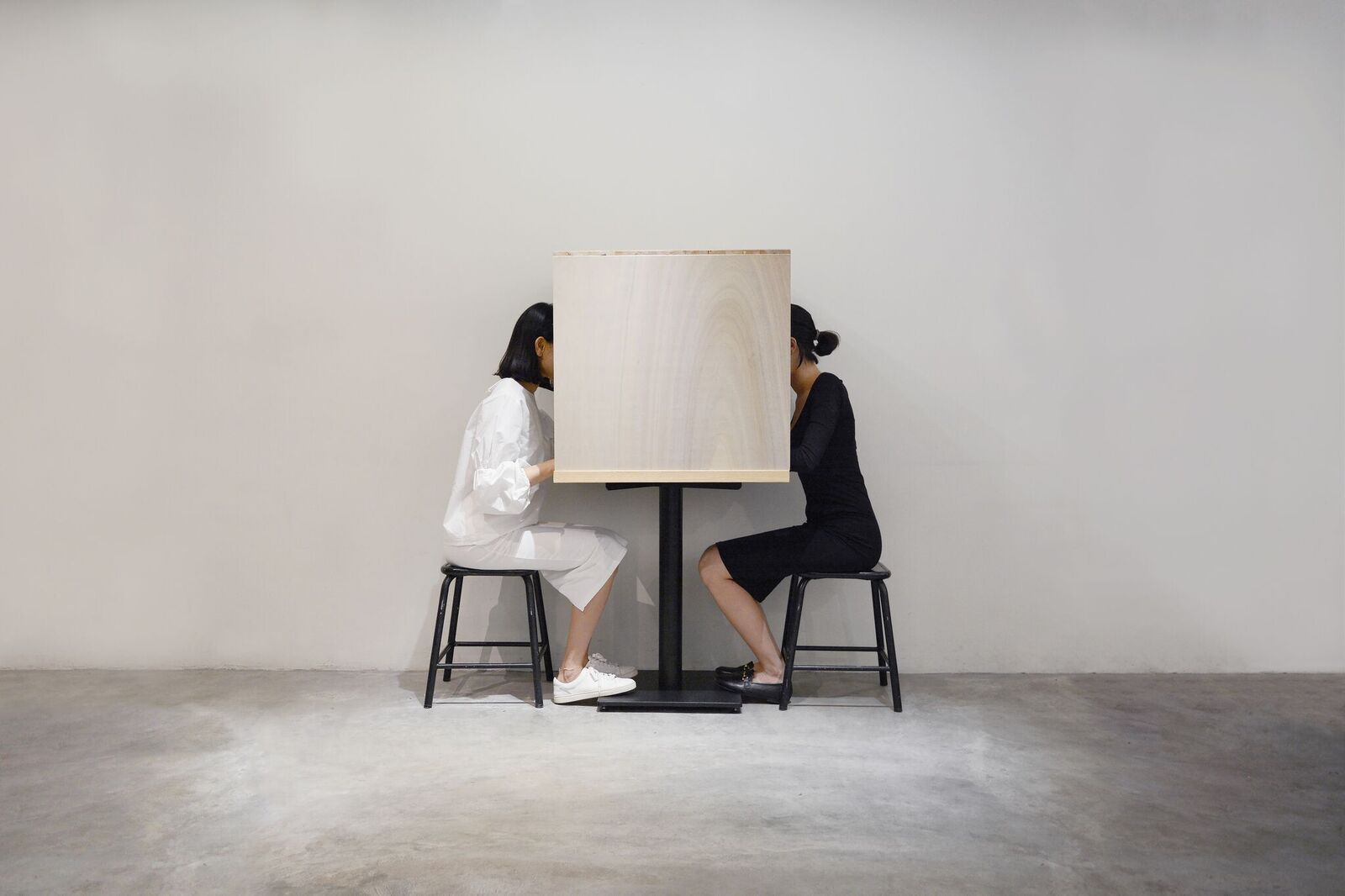