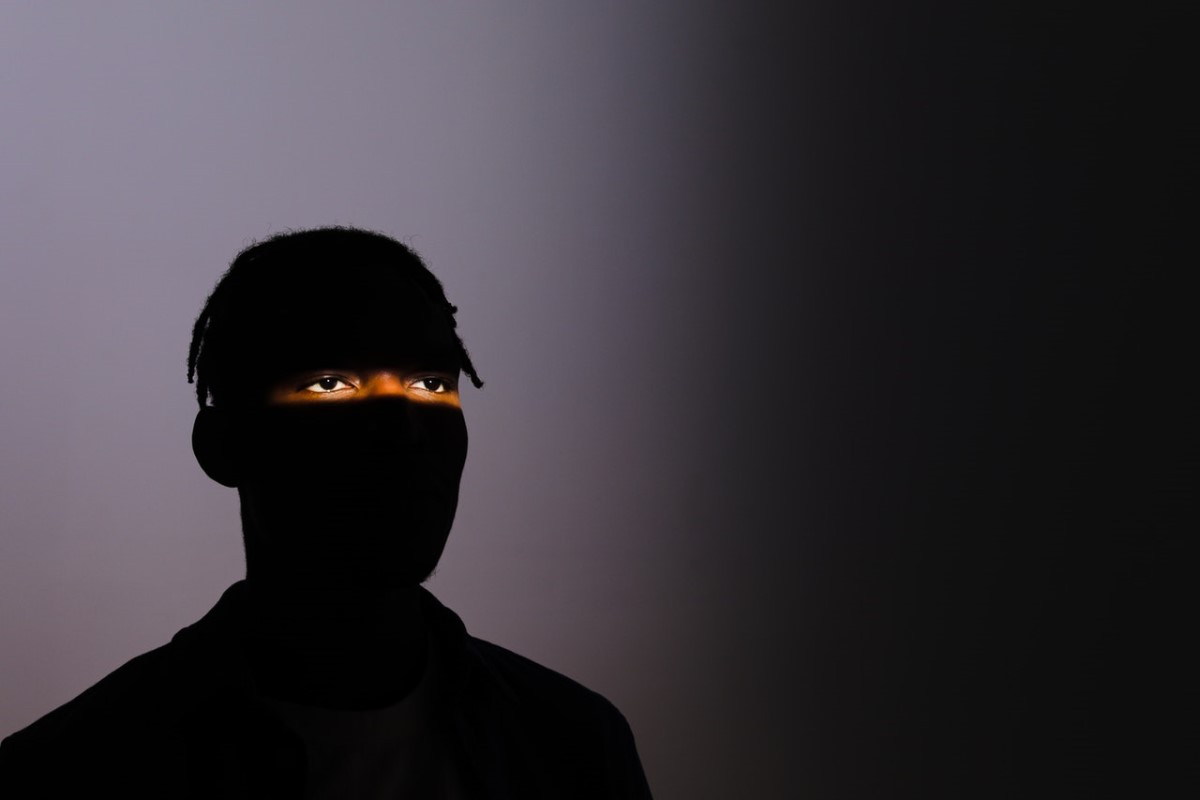 The sudden arrest of my tutor nearly three years ago sent a deluge of emotions and texts flooding my way. Some, concerned, others, unfortunately, resting on convenient tropes of homophobia.

For weeks, I did not know what to feel or think. There was disbelief when it came to connecting a teacher close to our hearts to the face behind the vile acts committed towards young children plastered across the news.

No doubt, the assurance that there was one less sex offender out free in the world provided relief. I was grateful, too, that the messages of comfort I had received were steeped in concern over my well-being and whether my safety had been compromised during the times I’d been alone with him during our foreign exchange programmes.

But in the messages, too, there was curiosity over the gender of his victims, a curiosity I won’t pretend I didn’t entertain.

Though it changed nothing about the odiousness of his crime, the questions asked by teachers, schoolmates, and relatives bears hints of homophobia and often echoed some variation of “Omg, he preyed on boys?” or “Did you know he was gay all along?”.

Despite my initial nonchalance, the problematic nature of such remarks became apparent to me in a confrontation following my father’s explosive reaction to the news.

“Why are you more obsessed with the fact that he was gay than that he was a paedophile?” I retorted.

“And why are you so concerned that that’s the way I interpret it?”

“Because…” I got this close to coming out to him that night.

I know, however, that my father’s homophobic views didn’t exist in a void. Instead, it was a mere reflection of the implicit biases we still hold against gay individuals in Singapore.

Last year, Mediacorp Channel 8’s TV Show, My Guardian Angels, was slammed for portraying their sole gay character as a paedophile who spread sexually transmitted diseases to his victims.

It was barely surprising, considering the deliberate censorship of positive representation of LGBTQ+ characters and relationships on local media, all to preserve our elusive ‘family values’.

Clichés surrounding the queer community are a dime a dozen in the media, abroad, and at home. From the sassy sidekick to the haughty antagonist, the image of the gay man has been indelibly stapled to the idea of femininity, fragility, and promiscuity—a stereotype that even gay meme pages have come to embrace.

Of them all, portraying the gay man as the conniving, depraved pervert that preys on unsuspecting boys and men has, in particular, gravely contributed to the dehumanisation of the queer community and justification of homophobic violence, as has been the case in repeated usage of the United States’ notorious LGBTQ+ panic defence.

Yet, it is only in the 1970s, with the ‘Save Our Children’ campaign of American anti-gay activist Anita Bryant, that the myth of the ‘gay child molester’ truly emerged.

With the backing of psychologist Paul Cameron, who published research papers asserting a relationship between child sexual abuse and homosexuality, homosexuality is now no longer the wayward way of a handful of immoral individuals to be ignored but a discernible threat to public safety to be actively quashed—by theists and atheists alike.

The now-global trope has since seeped into male-dominated spaces, dotting our daily Singaporean conversations with ‘sus’ jokes and references to the ‘Bishan gay’ in school, SAFTI-Milo legends, and ‘Don’t ask, don’t tell’ briefings during National Service.

Never mind that the discredited psychologist’s work has been repeatedly debunked, and his reputation as a researcher dogged by expulsions from the American Psychological and Sociological Associations due to misrepresentation of social science research.

Yet, far from protecting our society from the claws of sexual predators, as you’d expect from ‘identifying the responsible party’, associating homosexuality with sexual violence and predatory behaviour only spells more deleterious problems than it can solve.

A recent study conducted by the University of California Los Angeles found that LGBT individuals were almost four times more likely than non-LGBT people to encounter violent aggressions, including rape.

Another survey by British charity SurvivorsUK puts the frequency of sexual assault among gay and bisexual men even higher—at ten times that of the male population as a whole.

When we consider how research across the globe consistently indicates that LGBTQ+ individuals are disproportionately affected by sexual violence, it becomes clear that such associations to homophobia only serve as a second attack against an already-vulnerable community.

Looking for love in a mall

At 16, in a quest for identity, I found myself in the depths of regret following a venture into the underground dating scene.

Leaving the toilet cubicle of the mall after a brief encounter with an older man, however, only left me with the bitter aftertaste of hand wash in my mouth and a suffocating stillness in the air. Reality hadn’t quite lived up to the expectations of my first time, one that I’d thought would be nothing short of comforting, safe, and intimate.

He told me that once I’d said yes, it wasn’t something I could back out of, and I believed it. Was this what everyone’s first time is supposed to be like? Closeted and with no one to confide in, I had to assume that that was the case. After all, we had agreed that, in Singapore, telling anyone would be bad for both of us. Secrecy was a weapon.

It kept me veiled in a shell of distrust of openly gay men from then on. Whereas I once sought them, I ended up shunning the same furtive glances, cryptic messages and pats on the back that I noticed—signals that menaced “I know who you really are”.

The frustration arose, however, from the confusion about why I felt the way I did. Was my distrust rooted in homophobia? Or was it because I didn’t feel protected as a gay person when it came to matters of intimacy?

Loving (and living) in secrecy

As I later realised from an in-camp colleague who had confided in me about his helplessness as a questioning youth targeted by an older relative, I wasn’t alone in my experiences.

From overseas horror stories of serial killings and under-policed neighbourhoods to local cautionary tales of extortion cases and Grindr predators, we are constantly reminded that loving and living in secrecy has fostered a climate ripe for abuse.

Yet, for a community living in the shadows of casual homophobia, these attacks are the price to pay and an ill to bear for freedom from judgement, as seeking help entails a potential disclosure of that shameful part of ourselves from which vulnerability stems.

And as lawyer Remy Choo and the Association of Women for Action and Research (AWARE) explained, with the retention of Section 377A of our penal code, LGBT survivors fear being perceived as criminal perpetrators in the eyes of the law, rather than victims in need of protection.

The LGBT community’s susceptibility to sexual violence committed with impunity is due to perpetual social and legal discrimination—it is a part of humanity’s broader struggle with abuses of power. Only by not scapegoating it as the source of predatory behaviour can our problems be tackled.

The damaging beliefs society have about homosexuality may, in many ways, affect victims who self-identify as heterosexual, too.

Relating his reluctance to report his experience with childhood sexual abuse, the late Linkin Park vocalist Chester Bennington had revealed, “I didn’t want people to think I was gay or that I was lying.”

And according to Leow Yangfa, executive director of Singapore-based LGBT non-profit organisation Oogachaga, it is for the same reason that straight male sexual assault victims dread disclosing their ordeals.

It shouldn’t be this way. But with societal perceptions of homosexuality as a contagion and its weaponisation as a punchline in conversations to undermine boys’ masculinity, male sexual assault victims are often left embroiled in doubts about their sexuality.

And because of the patriarchy’s conflation of femininity, homosexuality, and vulnerability, it is inconceivable that a man could ever experience violence of such a nature unless he had ‘allowed’ or ‘attracted’ it in some way. Once again, it is homophobia rearing its ugly head.

It is no wonder, then, that since coming forward with one’s trauma shatters the image of toughness, assertiveness, and independence that society has foisted upon our men, the voices of male victims, gay or otherwise, are silenced by shame and the fear of humiliation.

Like all other forms of discrimination and bigotry, homophobia is psychologically damaging for one’s self-esteem. And while each form of prejudice houses its own appalling history, with racism and sexism wreaking irreparable devastation across the world, the nebulousness of queer identity poses a unique challenge for us in defeating homophobia.

Despite the reservoir of stereotypes we think are telltale signs many base our ‘gaydar’ on, it is ultimately impossible to delineate clear boundaries between the ‘gay community’ or the ‘straight community’.

While our gender and sexual identities are, thankfully, not outward physical manifestations visible in our appearances, their propensity for fluidity and concealment has only contributed to the denial of their very existence—by both questioning and non-questioning people—and their dismissal as a choice to be punished, a mental illness to be treated, an agenda to be fought.

With denial thus comes years of painful internal struggle and repressed rage that culminates in aggressive homophobic behaviour, from hate crimes to anti-gay policies by closeted politicians to ex-gay activists who tout themselves as triumphant examples of the possibility of engineering one’s sexuality.

Looking back on the homophobic jokes I stupidly parroted as a teen myself, I realise that in desperately struggling to erase our identity, many queer individuals are complicit in perpetuating noxious attitudes towards our own group.

This means that homophobia is every bit as nebulous as homosexuality itself, a universal problem promoted by and affecting fearful queer and straight individuals alike. It’s an intimate part of the wider patriarchy and rigid gender expectations that smother the voices of male and queer assault survivors.

Our world still has much to understand about sexual violence, and its psychology, and not nearly enough is known about the relationship between power and heinous acts ranging from hazing rituals in schools to male rape in wars.

However, the demonisation of queer identity is not an antidote but a pernicious red herring rooted in intellectual dishonesty that detracts from our real battle against male sexual assault.

Only when we destigmatise queerness and dispel the notion that gay men are more predisposed to lust and criminality can we truly create a Singapore where survivors of sexual assault—queer or otherwise—can feel safe voicing out the abuse they face. 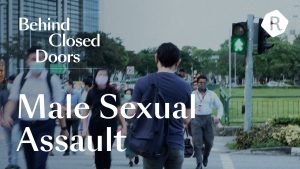 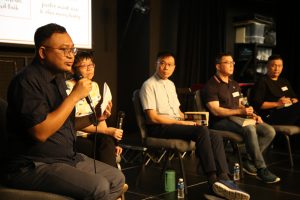