The last time someone mentioned the 5 Cs, we were still in 2014. Questions revolved around whether the “Singaporean dream” is still attainable given how expensive things have become, and someone even came up with a new set of 5 Cs to build on the old ones.

While we’re busy wondering if these aspirations are still realistic, a more important question looms in the background: “Do people in fact still want these things?”

Ever since ‘millennials’ became a buzzword, we’ve started hearing countless stories of people who choose meaningful careers over lucrative ones. Young adults now want to feel appreciated. They want to work with social causes, actively living out the mantra that money can’t buy happiness.

Now, more so than ever, there seems to be a pushback against materialism and all its supposedly evil trappings.

In case you missed the memo, the 3 Rs are Recognition, Reputation, and Respect.

Respect is so wonderful because it’s not about what you have, but who you are.

Recognition comes when others begin to notice certain things that you do. Whether it’s “Hey, nice shirt,” or “We really appreciate your initiative on this project,” it matters both at work and outside of it. Being told that you have a good work ethic or good taste has trumped being able to afford that good taste.

Reputation is when you are eventually identified by the above qualities. It’s the crystallisation of recognition—an intangible identifier that is, by default, completely different from anyone else’s. “He makes things happen” or “She’s totally a #girlboss” are now more fulfilling than “You’re the guy with the luxury car.” Anyone can buy expensive things, but only you have this defining character trait.

Respect is the crown jewel, because while it might be nice to be known for certain things, it’s better to be admired for them. Respect transcends both good and bad reputations, and hints, at some level, that people wish they could be like you. Respect is so wonderful because it’s not about what you have, but who you are.

After all, no one says, “Whoa nice condo, much respect.”

All of these come together to inform one thing: personal branding. We want clear identities, whether as an entrepreneur who’s #nevernotworking or as someone who’s exceptional at hunting down hidden brunch spots.

Yet this is also not to say that the 5 Cs are no longer relevant. In a way, we simply want to believe that they’re not.

We want others to see only these moments, and not the credit cards that are swiped to make them happen.

Nowhere is this clearer than on social media, where it’s distasteful to share pictures of your new BMW Z4 or some swanky thing that you bought with your fat bonus. These are all indications that you’re moving up in the world, but talking about them looks obnoxious.

Instead, we share pictures of painting or pottery classes, or the yoga retreat in Ubud where we went to unplug for 3 weeks. It’s the idea of buying experiences and not things—something that contemporary culture pressures us to conform to.

But while the 3 Rs might arguably be the new 5 Cs, it’s not so much a shift in priorities than it is a shift in conversation. Because it’s too “basic” to be obsessed with money and objects, we ignore the fact that it takes a significant financial investment to sharpen one’s personal branding.

We talk about things like spiritual fulfilment or reasons to wake up in the morning, but conveniently leave out how much gym memberships or enrolling our kids in swimming classes cost. We don’t talk about how much we still pay to own that car that makes it possible to do so much at once.

It’s a lot like how we talk about work-life balance. We aspire to take our families on weekend getaways and have time to hit up swanky new restaurants with our friends, all while kicking ass at work. We want others to see only these moments, and not the credit cards that are swiped to make them happen.

Not everyone gets the luxury of saying that money isn’t everything, especially those who’ve never had much of it.

By focusing on what these things represent rather than how they’re packaged, we try to ignore that it takes money to make it look like we’re not obsessed with spending money.

These days, you can say that you’re ambitious, but it’s lame if you say that it’s because you want to be rich. Rather, you’re supposed to say that you want to give back to society.

Ultimately, the 3 Rs, like the 5 Cs, are still a kind of vanity. It’s just a more socially acceptable kind, where we now seek to be defined by who we are, what we do, and where we’ve been, rather than what we have.

(It’s all just a matter of perspective.)

What’s worth thinking about is that this whole “experiences not things” movement is ultimately a class affliction. Only those of us born into socioeconomic circumstances where we have options, where we got to go to good schools and travel, get to talk about this. We don’t need to seize the first well paying job that comes along so we can start helping with the bills. We get to want intangible things like respect and recognition rather than compensation, and we want others to know this.

But out there, there are many people for whom the 5 Cs and a fulfilling material existence are still important. Not everyone gets the luxury of saying that money isn’t everything, especially those who’ve never had much of it.

Well, that’s for you to decide. 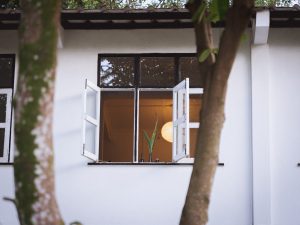