Inmates and Nursing Homes: How This Kitchen is Solving Two Problems at Once

Across every story that has ever gone viral in Singapore, one narrative seems to work no matter how often it has been parroted: ex-convicts who have turned over a new leaf. It’s better if the story also mentions the company or individuals who have given said ex-convicts a second chance at life.

These formulaic stories are ‘evidence’ that Singapore is open-minded and progressive, more than ready to welcome ex-convicts back into society.

And so, when I first learn about Samsui Kitchen, an initiative started by parent company, Samsui Supplies & Services, I appreciate that the company makes corporate social responsibility (CSR) the core tenet of their business.

The kitchen is manned by inmates who prepare food for nursing homes, effectively incorporating the ‘available’ manpower from the prisons to give back to another sector of society.

As the director of Samsui Supplies & Services, Ang Kian Peng, says, “We realised the food served at nursing homes wasn’t very healthy, so we decided to use our F&B skills and professional chefs to provide them with quality and reasonably priced food. Why not turn our CSR into a long-term solution for them?”

The company will then hire these inmates upon their eventual release. (The first ‘batch’ of inmates who started working in Samsui Kitchen hasn’t been released yet.)

The premise of Samsui Kitchen is admirable, but it also sounds like the perfect PR pitch: elevate the perception of inmates, while caring for our elderly.

Established on 13 October 2017, the 480-square metre kitchen is located in the heart of Cluster B of Singapore Changi Prison Complex.

At the main gate to Changi Prison, Ang Kian Peng meets me along with his two head chefs, Chef Lee Cheok Kwang and Chef Lee Chee Hua, who handle the inmates in the kitchen.

When I’m asked to surrender my IC to the officer at the first counter in exchange for an entry pass, I’m overcome by an unexpected feeling of claustrophobia and anxiety. I have to leave my phone and wallet in a locker too.

At each door we pass in the prison, the previous one needs to shut before the next can be opened, a safety measure designed to ensure no inmates escape, and to let visitors feel safe. It has the opposite effect on me.

After the umpteenth barrier, I’m finally allowed into the prison with only my pen and notebook, which an officer has flipped through before permitting my entry. This gets on my nerves.

Having my every action inspected so thoroughly makes me feel as though I have zero control of the situation. It occurs to me that this is a mere glimpse of what inmates experience daily—not having any say over even the smallest of actions, such as entering a room.

I feel much more at ease when we enter the kitchen where the inmates work.

While stocked with industry standard equipment, the kitchen is spartan. Its beige walls complement the white T-shirts and hairnets that the inmates wear, essentially stripping the entire place and its occupants of any sense of identity. The only thing that remotely distinguishes each inmate is the prison ID tag on their shirts.

The kitchen operates two shifts per day, each about four hours long, with 18 to 20 inmates per shift. They have to make 3,000 meals everyday.

I learn that willing inmates are selected to be part of the kitchen after meeting several criteria: skillset, talent, interest, and passing a psychometric test given by the prison.

Overseeing all of them are the two head chefs. Chef Kwang has more than 20 years of experience in renowned hotels, such as Mandarin Oriental. He has also worked in Taipei.

But, according to Kian Peng, his boss, it takes more than a stellar resume to land the job heading Samsui Kitchen. Witnessing how natural Chef Kwang is with the inmates, I later learn that his effortlessness comes from having known a few night cleaners at the hotels he used to work at, all of whom were ex-convicts.

According to Chef Kwang, these guys were always self-conscious, as though plagued by the belief that others were constantly talking behind their backs.

He shares, “We’re just lucky that we haven’t been in situations that would land us in prison ourselves. So it’s important that we treat inmates like regular people, albeit still maintaining a professional distance.”

Within the kitchen, inmates are sorted into various stations, such as the packing room, vegetable cold room, marination station, and so on, depending on their pre-existing skills. For instance, the inmate assigned to the marination station used to be a chef, so he understands the importance of marinating food properly before sending it into the hot kitchen.

Cook the sauce, vacuum pack it, then place them in the chiller.

Divide the marinated chicken into trays, weigh each tray to ensure consistency, then put them into the oven.

This production line almost passes off as a hotel kitchen, until I notice that all scissors and knives are chained to the work stations. No matter the camaraderie, it’s a sobering reminder that we are still in a prison, where inmates are denied basic personal freedom.

Because the food is meant for nursing homes, the daily menu comprises simple dishes that are easy to consume and cook, such as chicken, fish, and vegetables.

Today, the inmates serve me oyster sauce chicken with potatoes and rice kueh with braised chicken, both dishes on the menu of the day. The meat on the chicken is tender and juicy, and the soft potatoes fall apart in my mouth. I am only given a spoon (a fork is seen as a weapon, so isn’t available), but I wipe out two servings in no time.

The dishes may be simple, but according to the chefs, knowing they created the final product to benefit others empowers these inmates with a sense of pride.

The idea of Samsui Kitchen is perfect on paper, but working with inmates is not a job anyone can handle. On top of empathy, it takes a militant level of resilience, grit, and discipline.

I stay in Samsui Kitchen for only the first shift of the day, but I imagine the job would take a psychological toll if I had to go through this every day.

The uneasiness doesn’t come from the thought surrendering all forms of communication for eight hours every day. Instead, it’s knowing I can practically waltz in and out of a maximum security compound when the inmates I cross paths with today will never be able to do the same. I have never had to so openly confront this privilege.

Perhaps the reason Kian Peng and his head chefs are able to return everyday is because they hold fast to why this job matters.

“We want to give them training so that they can work with us in the commercial kitchen eventually. This is not just a job, but a career. As long as they are ready to repent, we can give them direction,” says Kian Peng.

Chef Kwang also acknowledges that re-offending rates are very high, because inmates experience ‘culture shock’ when they re-enter society. By offering them a job once they are released from prison, he hopes that they are able to assimilate into society faster.

“We tell them they are doing well to give them confidence. Some who are interested will come to ask us how they can interview for a job with us after leaving prison.”

Ultimately, he states that everything, from training inmates to offering them jobs, is fundamentally about trust.

Even though it appears that more companies like Samsui Kitchen are willing to hire ex-convicts, these businesses often lack the ability to prevent ex-convicts from re-offending or change society’s perception of ex-convicts. They aim to treat ex-convicts like they would any degree or diploma holder simply to help each individual lead a better life.

Unfortunately, when the media glorifies these individuals and companies, it can lead us to pursue the cause just because it’s a noble endeavour; we may not actually understand what these inmates need.

We end up overlooking the fact that ex-convicts, like anyone of us, are complicated and challenging beings, not an abstract problem to solve.

Despite support for the Yellow Ribbon Project, many believe the government still isn’t ready to work with ex-convicts either, even when they have shed their past and rebuilt an honourable life.

Even now, redemption remains something we enjoy brandishing like a ribbon when it benefits us. It is not yet a lifelong process we are always willing and able to sustain. My Dog Was Dying, My Vet Told Me to Put Him Down, But 100% Oxygen Saved Him 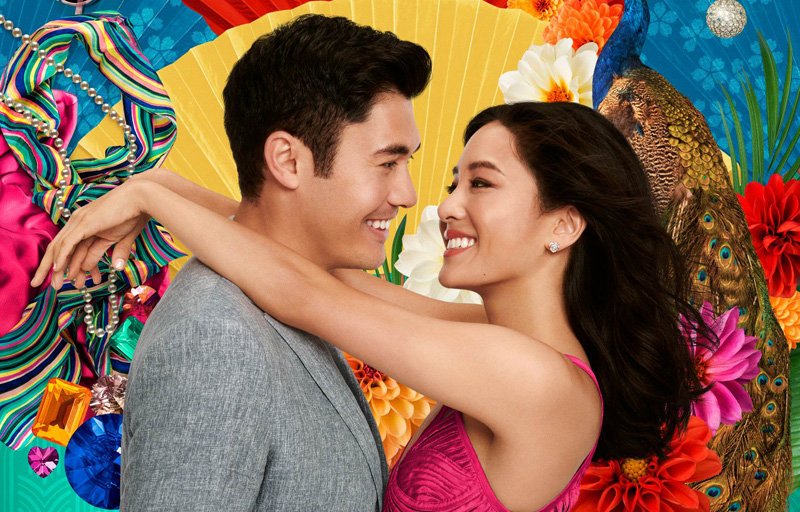