Here’s Why Pregnant Singaporeans Are Hesitant About The MRNA Vaccine 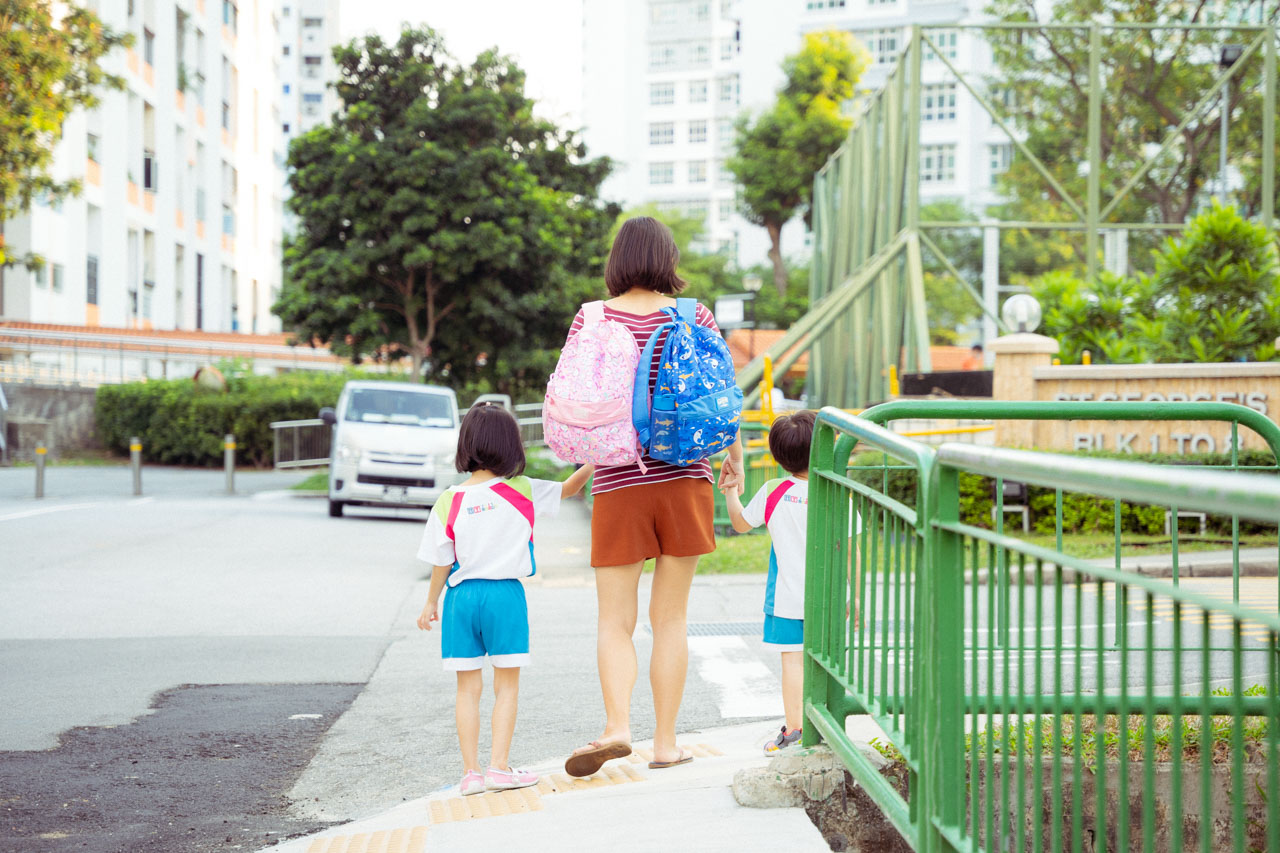 As the restrictions have eased and a road-map to post-pandemic life is drawn, a sense of optimism has taken hold. The MRNA concoction is like ambrosia—a tincture which promises strength and longevity, or at least a ticket out of this ongoing instability. But for some, the vaccine is a threat and not a solution.

“There seems to be an active campaign to spread misinformation about the MRNA vaccine,” said Professor Hsu Li Yang, the Vice Dean of Global Health at NUS, in conversation with RICE. “Prior to this pandemic, I don’t believe that we had much systemic disinformation. What’s happening now is quite astonishing.”

Misinformation spreads like wildfire on social media. This is partly due to the quicksilver nature of the pandemic. Even credible sources like the WHO have amended prior guidance in accordance with new scientific evidence, which has led to confusion about which sources are trustworthy. Though vaccine misinformation is actively combatted by social media platforms, there are places that content moderation can’t touch—prominently, private Facebook groups and WhatsApp chats. It can’t rewrite history either, which is where a lot of the modern anti-vaxx rhetoric comes from.

It’s easy to write off misinformation campaigns as the incoherent ramblings of inherently suspicious anti-vaxxers. But it’s not just the anti-vaxxers who have reservations about the MRNA technology: pregnant women in Singapore are nervous about getting jabbed too. We spoke with two prospective mothers to hear out their concerns, and while the particulars of their stories varied, there was a common thread: they’re unsure of which opinion to trust.

Why Are Pregnant Women Hesitant About Getting The Vaccine?

In general, vaccine reluctance is tricky to analyse because there isn’t a universal catalyst. However, for parents, there is the anguish of deciding on the behalf of a child. Parenthood is a high-wire act of risk negotiation. Do I let my kid get chickenpox now so it isn’t lethal in the future? And so on. This parental anxiety (which is thought to be evolutionary) can push the brain into a state of hypervigilance. When misinformation greets the anxious parent, logic takes a backseat to emotion.

For example, in 1998 a prominent medical researcher published a paper which suggested that the MMR vaccine increased incidents of autism in children. His findings made headlines around the world. Parents were terrified and subsequently in the United Kingdom, immunization rates dropped by up to 50%. In 2004, several independent literature reviews concluded that there was no causal link between the MMR vaccine and incidents of autism, and the researcher was forced to retract his work. Despite the retraction, the damage of this researcher’s fear mongering has continued. In 2008, (for the first time in 14 years) measles was declared endemic in England and Wales. It’s clear from this debacle that misinformation has tangible negative outcomes on public health.

Is Vaccine Hesitancy A Problem in Singapore?

Before the pandemic, not so much. “Like any other country, we have our share of pro vaccine advocates and outright refusers. Even as we’re seeing more anti-vaxxers now, the proportion of refusers is smaller and less organised than other countries in Europe or in the United States,” Professor Hsu noted. In Singapore, childhood vaccines have reached 90% coverage due to a high level of trust in government health projects. However, it’s become harder to encourage adults to get vaccinated. “Before COVID, we hadn’t campaigned very hard for adult vaccinations.”

Iffy, the first expectant mother we spoke with, cites this novel attempt to vaccinate adults en masse as a contributing factor to her vaccine jitters. Before her pregnancy, Iffy took the flu jabs and received all of the mandatory childhood immunizations. But pregnancy has made her cautious. “There’s no urgency for pregnant women to get vaccinated. Other groups are strongly encouraged to get jabbed: the elderly, students, and people with underlying conditions. Who is specifically targeting us?”

At 5 months pregnant, a perceived lack of clarity on the safety of the MRNA vaccine in pregnancy, combined with this non-urgency, further complicates her decision. “We have no local studies. Relying on overseas data, though I know it’s sound, makes me feel less confident. I trust our local research efforts much more. I’ve also heard one or two incidents of pregnancies being lost as a result of the vaccine.”

We were unable to verify that any pregnant women have miscarried because of the vaccine in Singapore. With that aside, we relayed Iffy’s other concern to Professor Hsu. “It’s true that there are no clinical trials in pregnant women. In any medical trial, they are last on the list, because the stakes are very high. But we’re receiving more data as the vaccines are used on pregnant women in the United States and Israel, which shows that the vaccine is safe, and there are no effects like teratogenicity, where the baby is malformed or stillborn.” But still, he understood Iffy’s hesitancy. “The data is coming out slowly, and Singapore has targets who are at higher risk.”

Despite her misgivings, Iffy is open to receiving the vaccine before delivery. Ultimately, she’s going to make a decision based on the expertise of her gynaecologist. Another expectant mother, S, who is currently in her first trimester—is not open to persuasion. Before her pregnancy, she had pre-registered for the vaccine. “After trying to conceive for almost three years, I finally got pregnant. Now, my priorities are different. I think there isn’t enough evidence and research done on a larger sample of pregnant women, which is why I daren’t take the risk of getting vaccinated now. Nothing will sway my mind.”

Though Iffy and S have different outlooks, both mentioned that they felt the public health messaging on the safety of MRNA vaccines for pregnant women was vague.

For S, her personal experience with health providers differed from the official guidance. “MOH says that the vaccine is totally safe, but then tells pregnant women to consult their doctors. While I was undergoing IUI treatments, my doctor told me not to get vaccinated. Many of my friends have been told by their doctors not to get vaccinated as well. Others have said it’s okay only after the first trimester.”

Professor Hsu agreed that the messaging can be more clear—“In Singapore, we have wanted to be safe. Our messaging relies on data. It takes time to collect data, and the results vary.” This process of waiting and  analysing before reacting informed Singapore’s approach to vaccine outreach.

“I think what the government agencies tried to do was to wait for more data to come out from the countries that were vaccinating faster. That can be counterproductive, because the data and guidelines are volatile. Thus, the guidance changes over time.”

As the guidelines shift, the consensus among practitioners has become unwieldy. “The practitioner has their own opinion, right? It’s not an overall consensus. There are personalities and beliefs involved. In Singapore, there are even some medical groups which are campaigning against the MRNA vaccines and pushing Sinovac instead.”

Where Do We Go From Here?

Vaccine efforts succeed when citizens trust that the government is taking appropriate measures to ensure their safety. While battling misinformation campaigns, gaining trust can be difficult, and consistent guidance is of the utmost importance. “The government agencies and the ministry have to take a consistent position, and relay that position clearly to health practitioners.”

Updating health practitioners with pertinent information on a regular basis, is key for pregnant women who are nervous about the vaccine. “OBGYN doctors are important. They meet regularly with their patients, and are viewed as highly trusted medical professionals. It’s imperative that they are able to give their patients updated information on the safety of vaccines, and can speak to them about which type of vaccine will suit them best.”

How are your loved ones feeling about getting jabbed? Write to us community@ricemedia.co