This review of The Silent Forest may contain spoilers.
Trigger warnings: Sexual violence and self-harm

I almost couldn’t write this. And in some way, I still can’t. I can’t casually forget what I’ve seen—innocent children perpetuating heinous deeds, as they unwittingly carry out a cycle of abuse before going back to joking and laughing and playing soccer with each other the next day. In some ways, the psychological thriller The Silent Forest is probably the most difficult film I have watched for a myriad of reasons.

The film, which won two Golden Horse Awards last year, is based on the real-life sexual abuse scandal at National Tainan Special School, a Taiwanese school for the deaf. It revolves around young Chang Cheng (Troy Liu), who has just transferred over from a mainstream school and couldn’t be more delighted to be in a school with teachers that genuinely understand him and students who are just like him.

That is until he stumbles upon a sexual assault on another student. This eventually leads to a horrifying discovery at the school. The cases of sexual assault are more widespread than anyone realised, and the worst part is that the abusers and the abused are children.

And that’s the crux of why The Silent Forest is so difficult to watch. Even at their tender age, they are already succumbing to the cycle of abuse, perpetuating the sexual violence visited upon them onto other, younger students. You’d think that this is something that only adults are capable of yet in a rather Lord of the Flies-esque way, the students of the school fall prey to the basest of human instincts without understanding the gravity of their actions.

This is especially evident when depicting the helplessness of the victims. Already, the film repeatedly shows how as deaf people, they’re not taken seriously by society. They’re both metaphorically and literally unheard by others. For some of them, the school is a place where they can feel normal, where they can feel like everyone else—o to give up that chance to belong by blowing the whistle on the bullies feels like an impossible choice.

Yet, when one of the victims reports it to the teacher, she goes unheard. The helplessness is palpable—already, it is a struggle to tell anyone about it. The refusal of the adults to listen, the knowledge that one just has to live with the situation, being unable to leave the environment because everything else is otherwise the best place you’ve ever known—this can be profoundly triggering for anyone who has suffered abuse and can understand the feelings of being trapped. While it’s not the same situation, the film brought back childhood memories and emotions of growing up in an abusive household, and it took a few days to process what I’d watched.

Ultimately, they’re children. It crushes the soul to see them have to make such choices. It’s terrifying to see their innocence so tainted. Still, it raises questions on the innate darkness that lurks in humanity. It makes you question if they truly know what they’re doing and the impact of the actions—after the sexual assaults, the students go back to their classes and interactions as if nothing had happened. How could anyone, adults or children, let this happen?

What makes all this worse is that sexual violence in special schools is not uncommon. Take the examples of London’s Woodford School for Deaf Children or South Korea’s Gwangju Inhwa School. The incidents at the latter were the basis for 2011’s Silenced. It makes one wonder how far and how badly the education institutions have failed these children by refusing to listen to them.

This doesn’t just apply to the deaf, as the film uses the deaf students as a metaphor for demographics who are treated as outsiders to society. The Silent Forest makes skilful use of silence and atmos, rather than soundtracks (although there is a particularly haunting violin piece in one scene), to convey the idea of the isolation that the protagonists feel. It’s particularly apt, given the subject matter. And the film doesn’t shy away from the use of sign language either – long conversations take place in silence in key scenes, yet the emotional impact of the words communicated still bear as much weight as if they were spoken. It’s a testament to the skill and artistry of director Ko Chen-Nien that she’s able to show us the different perspectives of the students while keeping the characters relatable.

Troy Liu, Chen Yan-Fei, and Kim Hyunbin also deliver masterful performances as the three main student characters. Each character has their own internal conflict regarding the film’s events since they’re all involved in the sexual violence in one way or another. Yet, they’re also children who are still finding their place in the world and coming to terms with how cruel society can be to the deaf. Their deliveries constantly remind us that this is a burden too hard to bear for children, but bear it they must.

The Silent Forest is a story of abuse on all levels. It captures that feeling of being a victim, being unable to escape, and magnifies it with the fact that deaf children are both being abused and abusing others. It makes us question if we should treat the unheard members of society better. But above all, by allowing such events to transpire asks us if we have failed the very children we are meant to protect. 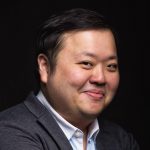 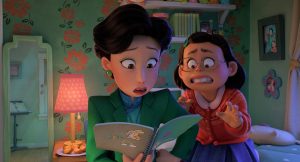 An Open Letter to My Parents About My Passive Suicidal Ideation

It’s a complicated duality: I'm not interested in being alive, but I don't want to die right now.