Despite what Katelin Teo, founder of the Anti-Chope Movement, might say, ‘chope-ing’ is a life hack.

You see, chope-ing is all about demand and supply. It gives you the perfect visual of exactly how many people are eating at a specific lunch spot, therefore giving you all the information you need to weigh your options and decide if you want to brave the crowd or bounce.

It is a well-oiled machine. It is a system that works. When you walk into a hawker centre at noon and see tables crowded with water bottles and tissue packets—and spy the long lines that snake around them—you know it’s time for you to reconsider your lunch options.

Many Singaporean netizens seem to share these sentiments, and they made sure to make their voices heard on a recent Yahoo! Article which garnered more than 300 reactions (an unusually impassioned response to a Yahoo! Article, if you ask me).

The article detailed Teo’s personal vendetta against chope-ing, and how she was subsequently spurred into taking action. Twice a week, Teo and two other friends journey to food courts and hawker centres and look for “chope-d” tables or seats. They then leave the unsuspecting chope-r a card which reminds them not to repeat this ungracious behaviour.

According to the movement’s Facebook page, one of their arguments for why chope-ing shouldn’t be a thing is:

“Seats at hawker centres, food courts, coffee shops, cafes and fast food restaurants are meant to be FREE-SEATING, free-for-all, it is a first-come-first get a seat (butt seated) basis; that is why you pay an economical price dining in places like that as opposed to dining in a restaurant.”

But it is precisely because it is a free-for-all that Singaporeans have designed an informal system that has since become entrenched in our local customs. You have two options: you can either respect the chope or fight it.

And while I understand people being peeved enough to choose to go with the latter option, you are also being kind of a dick by going against a social convention and ruining lunchtime for Joe. All poor Joe wanted to do was eat his lunch in peace—and all you had to do was respect the chope and find somewhere else to sit.

Usually, this practice is mostly observed during peak lunch hour around the CBD. Most employers limit the lunch hour to just one hour, sometime between 12 to 2 PM. During this time, employees just want to grab an affordable and quick bite, which tends to mean flocking to the nearby food courts or hawker centres.

Now, mentally multiply this scenario by the hundreds. Under such frenzied circumstances, shouldn’t we aim to maximise efficiency?

I will admit that it is not the most pleasant way to do it, but it beats waiting around for someone to vacate their seats—all the while sweating bullets, arms trembling under the weight of your bowl of noodle soup balanced very precariously on your food tray.

What does chope-ing have to do with the Singapore Kindness Movement, anyway?

It’s not particularly unkind to chope a seat. It’s never personal. And it’s not like you’re trying to deprive people of places to sit out of some vindictive pleasure.

All you want is to secure a spot for you and your companions.

I’ve also never seen Singaporeans deprive others of sharing a table if there happened to be empty spots.

Now, returning your tray and doing a cursory clean of the table after you’re done with a meal is being gracious and considerate. I think everyone can get behind that.

But despite the comparisons Teo draws between the National Tray Return Initiative and her own Anti-Chope Movement, the former actually makes the jobs of cleaner aunties and uncles significantly easier, while the latter is merely addressing an unpleasant social behaviour that frankly doesn’t really affect anyone all that much.

While I understand where Teo’s annoyance comes from, it’s not a big enough deal to start an entire movement against it. Teo intends to not only continue her bi-weekly outreach, but is even looking to expand the movement. She hopes to get more “ambassadors” on board and station more people around the more infamous “chope-ing” spots.

I admire their dedication to a cause that they clearly seem very invested in, but…. seriously?? Imagine taking out hours of your week just to hover around crowded eating spots, waiting to catch offending chope-rs??

Perhaps instead of merely lambasting the actual act of chope-ing, this movement should take the time to examine the real world practicalities behind why people chope. They should look into how the infrastructure can be improved to accommodate the crowds at peak hours, rather than give out bookmarks and hope that it induces a 180-degree change in behaviour.

We should direct our efforts towards other more pressing issues rather than investing time and resources giving out fliers that admonish people for their scandalising chope behaviour.

In the end, chope-ing should just remain a pet peeve—something that you’re annoyed about, but you learn to live with. It’s not going to ruin your whole day, nor is it going to single-handedly destroy Singapore’s reputation as a first world nation, despite what some might think.

Can we all just have more sympathy for the harried, working Singaporean who just wants to eat their lunch in peace? Thanks.

If you’re up for more creative exposition, we have previously written an article detailing the apocalyptic scenario of a Singapore without chope-ing.

What do you think of chope-ing? Are you a scandalous offender yourself, or an outspoken anti-chope advocate? Send us your thoughts at community@ricemedia.co. 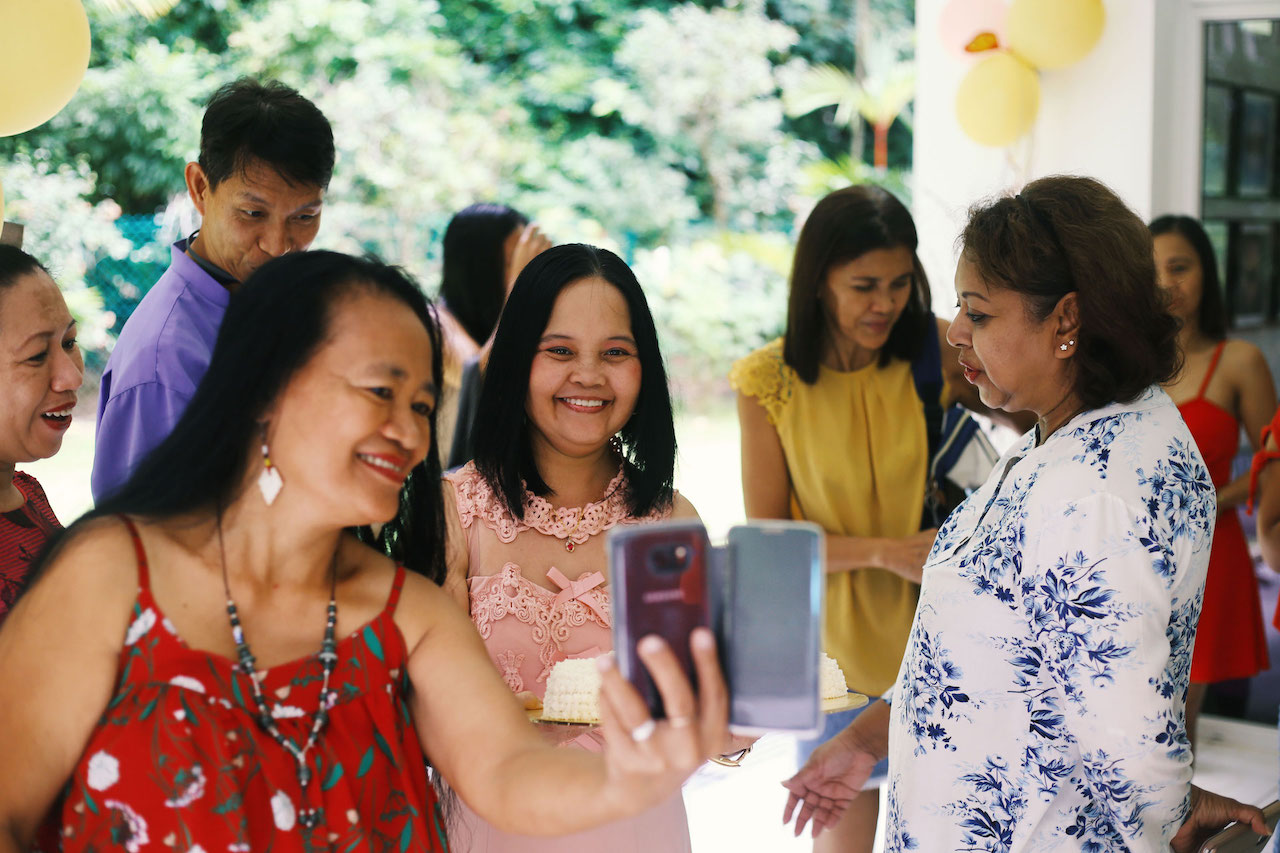