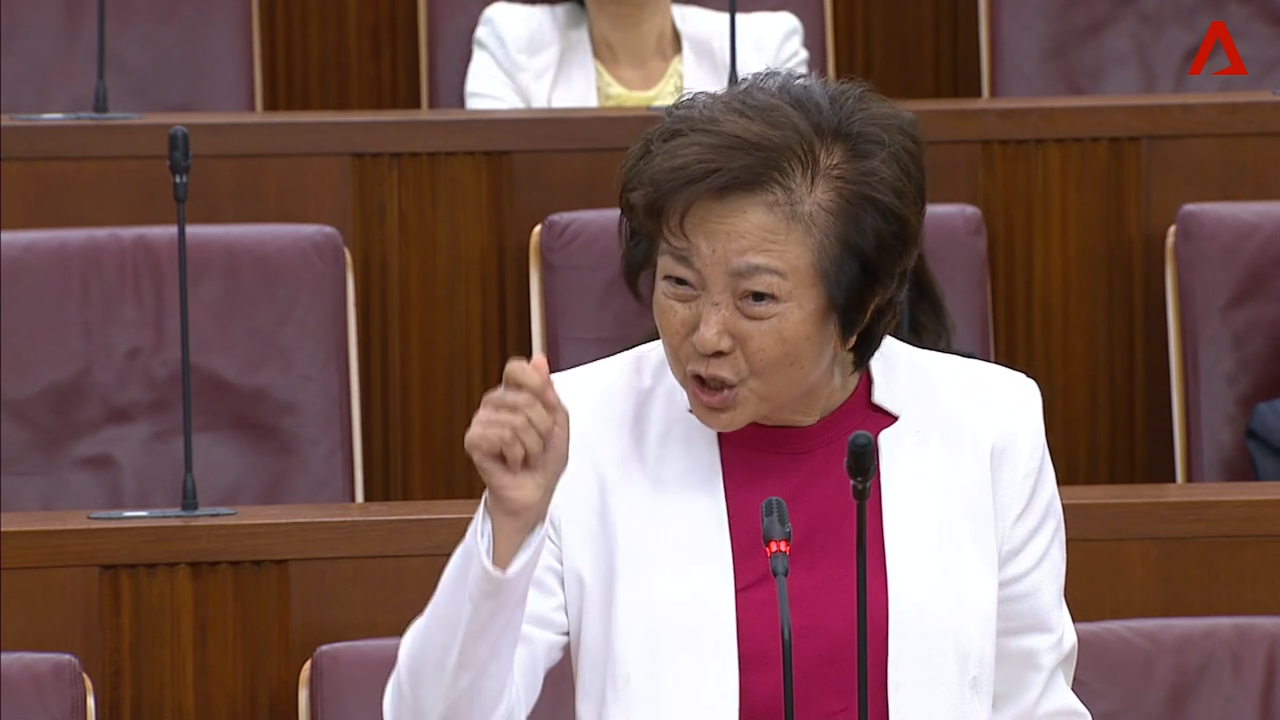 Remember when your mother was the universe?

And then suddenly she’s a middle-aged woman, screaming at you for every minor transgression.

But what if she was?

It’s not even that far of a stretch to imagine.

As early as 1991, Goh Chok Tong already called us “sons and daughters”, in Singapore: The Next Lap, a book detailing Singapore’s national development plan for the coming decades.

Since then at least, the family as a political metaphor for the relationship between state and citizen seems to have rooted itself firmly in the language of our politicians, whether unconsciously or not.

For further examples, look no further than Josephine Teo—that well-meaning but kaypoh CNY auntie who thinks that “you don’t need much space to have sex”; better get it over and done with, before the baby machinery crumbles from disuse.

And if you still don’t believe that our politicians behave as if they were our parents, expecting to be treated as if they were, doesn’t Lee Kuan Yew’s infamous warning for Aljunied residents to “repent” in the 2011 General Elections just smack of paternalistic condescension?

If the state wants so badly to be my parents, why the hell not?

Of the 20 women in parliament, Mama Lee stands above the rest.

Her earnest and eager Hokkien cuts a magnificent swathe through the Queen’s English of her peers, undeniably crowning her as the reigning Auntie MP of Parliament House. She fights for her residents’ welfare, and she’s not afraid to ask the tough questions.

She’s feisty, eager, and could well be anybody’s mother.

So why choose between the MPs (Motherly Person) in your life to celebrate when I say, you can have the best of both worlds with Lee Bee Wah, or rather, Ah Huay from the neighbourhood coffeeshop?

Which begs the question: If Lee Bee Wah was your mother, what would she say?

That’s what she’ll say when you’ve inevitably mismanaged your expenses and asked for next month’s allowance in advance. Never mind how tactful you try to be; never mind that sometimes you just need to maintain some semblance of social capital with your peers. In her mind, all she sees is an ungrateful, good-for-nothing child squandering her hard-earned money.

In fact, if your name is Ah Seng,  she might just kick you out of the house if you don’t watch what you say.

It’s a pity that Mama Lee isn’t quite as open-minded as she likes to say she is.

Just the other day, she reassured you that she was a ‘cool mum’, that you could come to her with any problems that you face at school.

Yet it appears she’s only receptive to problems that she thinks are problems.

Guess you’re on your own, Ah Seng.

No, she won’t say ‘Whatsapp’, and yes, she’s right in the way only mothers will insist they’re right.

Mama Lee may be formidably harsh, but let’s not cage her within the dragon lady trope. Fearing the influx of disinformation and how susceptible the elderly are (including herself), she supports POFMA wholeheartedly. That’s also why she’s told you to take time off after school everyday to teach Ah Gong how to ‘Apps’ so that he does not fall prey to scammers.

She however, also seems to have told the entire coffeeshop and kampung about her tech-genius of a son—now all the jolly folks at the coffeeshop want Ah Huay’s kid to teach them how to ‘Apps’ too.

Genuinely caring for her family and community, she takes note of concerns and tries to help in the ways she thinks and knows best.

Mere resentment, derision, and showing her the cold shoulder for her more problematic behaviours and expressions are plainly not the most constructive of ways to get her to understand things from your perspective.

Ah Seng, you need to stop ghosting your mother.

More annoyingly, she’ll fuss over your sexuality everytime she catches you watching Rupaul’s Drag Race. As much as you try to be patient with her accusations, it remains grating nonetheless. Unduly worried that the sultry vixen spells of camp, glitter, and sass will ‘turn you gay’, she’ll make a hoohah and call IMDA to complain.

Mama Lee is representative of a brand of conservatism that’s peculiar to her generation.

Caught in the cusp of change between shifting social mores and attitudes, her generation fears the perceived wave of ‘Western liberalism’ that threatens to butt heads against the oft vaguely-defined ‘Asian Values’ that they’ve grown up with.

When you probe further what these ‘Asian Values’ are, she can’t quite articulate it into words, instead reiterating that to go against them would be sacrilegious.

Can’t we just enjoy our tea in peace?

“HOW DARE YOU TALK BACK TO ME!? I AM YOUR MOTHER!”

Just when you, Ah Seng, think you’ve found the courage to explain to Mama Lee why you don’t appreciate her swearing, or that watching Rupaul’s Drag Race will not ‘turn you gay’, the claim to maternal authority will hit you faster than single mothers can claim maternity leave in Singapore.

But that’s where I draw the line.

If our politicians want us to think of them as parental figures, that’s fine by all means. They are free to use whatever political metaphor they deem suitable to convey their messages. I, however, do not appreciate the use of political metaphors, or authority-claims—that annoying attitude of ‘mother knows best’—to deflect or ignore legitimate criticism.

And if we certainly do not (and should not) refrain from criticising our politicians, the same should apply to our mothers.

So what if she’s your mother? Motherhood does not equate to godhood; our mothers are prone to human foibles just like anyone else.

She may subscribe to racial stereotypes, believe that queer rights are okay but a gay son is not, or buy into pseudoscience. In instances like these, we should neither allow ourselves to be intimidated by the power dynamics of the mother-child relationship and refrain from criticising them, nor allow them to exploit it to excuse their own behaviour and attitudes.

It may be hard and difficult at first, but the onus is on us, as sons and daughters to help our mothers be better people.

So take this Mother’s Day to talk back to your mother, correct her misconceptions, have an open, honest conversation with her.

I know I love my mother too much to not talk back to her.

Let’s hope you do too.

Not sure if your name is Ah Seng? Don’t dare to talk back to your mother? What would she say about this article? Let us know at community@ricemedia.co.
Share to
Related Articles