Malls Aren’t The Only Place To Hang Out. Stop Treating It That Way. 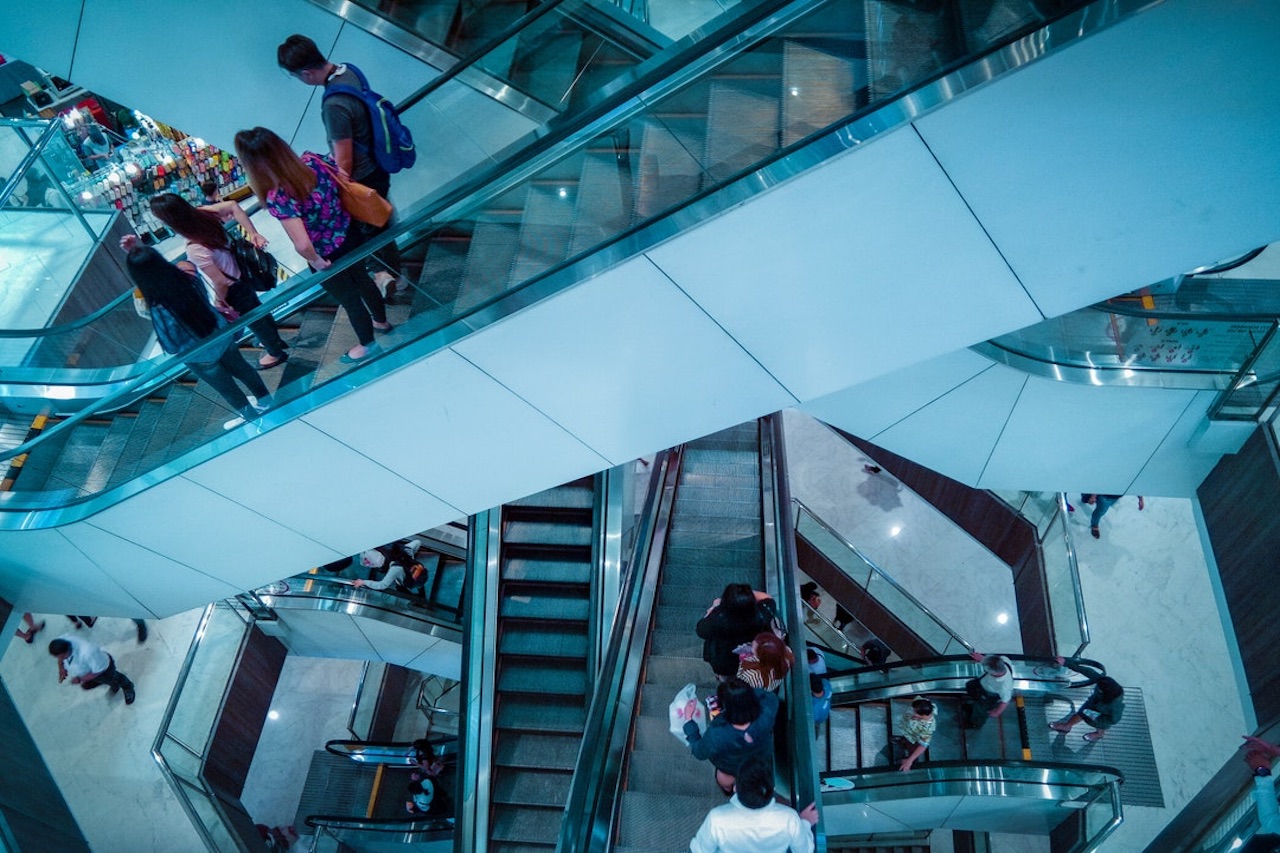 After I started living in Singapore just under two years ago, it was quickly apparent that consumerism seemed to be rampant here. I’d never seen so many grand shopping malls packed into such a small space as they were on Orchard Road. And despite having this shopping Mecca, practically every neighbourhood in Singapore has at least one mall of its own too.

I grew up in San Francisco, which has three major shopping malls—at most. And so, seeing so many of them packed to the brim with people was somewhat jarring for me.

At home, the shopping malls were never where people went to ‘just’ hang out. It was more common to spend time in scenic open spaces like Dolores Park, or walk through the iconic neighbourhoods of the city like the Haight or the Mission, each with their unique set of street art, street people, buskers, hipsters, and cafes.

Shopping was never a thing I did for fun with my friends.

Yet here in Singapore, it is something to be celebrated, no less by former Prime Minister Goh Chok Tong. In his 1996 National Day address, he said, “Life for Singaporeans is not complete without shopping!”

Ah, shopping—the hobby that unites the unnatural nation of Singapore. We may be a global city, but many people think going to the mall is the only thing to do here.

A similar sentiment was expressed by Gone Shopping director Li Lin Wee: “Where do you go to see the glorious and pristine Singapore? You go to the malls. What else do we have to take our mind off things?”

My favourite theory for the number of malls on this island is that malls are essentially the only spaces to hang out in the comfort of air-conditioning.

I feel like I’m getting slow-roasted when I walk around downtown Singapore in broad daylight, and malls are a great escape from the sidewalk oven. It seems natural for people to gravitate towards the malls when the alternative is being cooked to death.

When I first got to Singapore, I was shocked at how few people I found in the CBD. There are hundreds of thousands of people working in the towers of the CBD and yet there was barely anyone on the street.

I took the MRT to Raffles station at 1 PM and started down Marina Boulevard. It was hot as hell out, and by the time I got near the Standard Chartered building, my perspiration was stinging my eyes. I wondered how anyone could survive in this climate, only to realise I was the only one outside on that entire block. Where the hell was everyone? It was peak lunch hour and no one was on the street.

Then I found the air-conditioned underground corridors leading from most of the large office buildings to the mall, which had air-conditioned pathways leading to the MRT—an ingenious yet dystopian feat of urban engineering.

Ironically, even though mall culture is going strong in Singapore, brick and mortar retail is dying.

But I see an urge to keep shopping culture alive, particularly on the part of the government. Earlier this year, the Urban Redevelopment Authority, Singapore Tourism Board, and National Parks Board jointly announced a plan to “rejuvenate” Orchard Road and turn it into a major “lifestyle destination”. The plans include creating designated arts and recreation districts along Orchard Road in order to attract more visitors and ultimately more shoppers.

While the government might genuinely want to turn Orchard Road into a cultural oasis, I fear that the end product would look like a bunch of faux plants protruding out of an old cultural desert. I appreciate the effort to beautify the city, but doing so to perpetuate consumerism leaves a bad taste in my mouth.

After all, malls are institutions that exist within the free market. If they can’t save themselves, then, in my opinion, they deserve to die. The government should do more to support beauty as an end in itself by providing grants and funding to local artists and grassroots cultural institutions, instead of using beauty as an instrument to bolster consumerism.

But let’s not pretend that the government is the only entity that is needed to support the cultural institutions that make Singapore a global city. There are many artists, music venues, private galleries and more that will simply never be willing and/or eligible to receive government arts grants. These individuals and institutions that exist on the margins are often the most innovative and iconic. To let them fail just because we are used to just hanging out at the mall would be a tragedy.

While shopping is often painted as ‘part of the culture’, it has always appeared to me as an activity that people pursue in the absence of culture (i.e. the thing people do in the suburbs).

In the suburbs of the United States, the mall is the hangout spot of choice because there is basically no other place. There are no large public squares and parks. There are no cafes and music venues representing niche interests, and none of the artists and social deviants who typically inhabit them. In the suburbs, there are no Delores Parks, no Missions, and no Haights. Instead, there is typically only one gathering space: the mall—clean, quiet, boring, homogeneous; the epitome of suburban life.

But Singapore isn’t just a tightly packed vertical suburb where the only thing to do for fun is going to the mall.

In my time in Singapore, I have found many small gems—pockets of fun beyond the air-conditioned cultural wasteland of the malls. The Raden Saleh collection at the National Gallery is extraordinary. The Botanic Gardens is one of the most beautiful public parks I’ve ever been to. The Projector consistently puts on wonderful alternative movies that I would never have discovered if they had not been showing there.

These places have allowed me to appreciate beauty, whether it’s through fine brushstrokes on a canvas, the layout of foliage in a park, or unconventional cinematography. They are all cultural institutions worthy of a global city.

Unlike these places, malls do not offer me much beauty to appreciate. Instead, they make me covet beauty.

When I go to the mall, I don’t just think of how nice the clothing in the display cases look, I inevitably think about how they would make me look. Going to the mall only makes me want to own beautiful things for the sake of looking attractive, cool, or powerful. It only makes me anxious about my own image so that I want to buy garbage that I would have never thought about if I hadn’t gone to the mall in the first place.

Ultimately, the notion that shopping at the mall is the only leisure activity in Singapore is a self-fulfilling prophecy. If we only go to the mall, then it will seem like the mall is the only place to go. If we only spend money at the mall, then independent artistic and cultural centres like The Projector won’t survive, and then Singapore would actually become a cultural desert.

Is the tendency to just hang out at the mall really a problem? Tell us what you think at community@ricemedia.co.
Share to
Related Articles