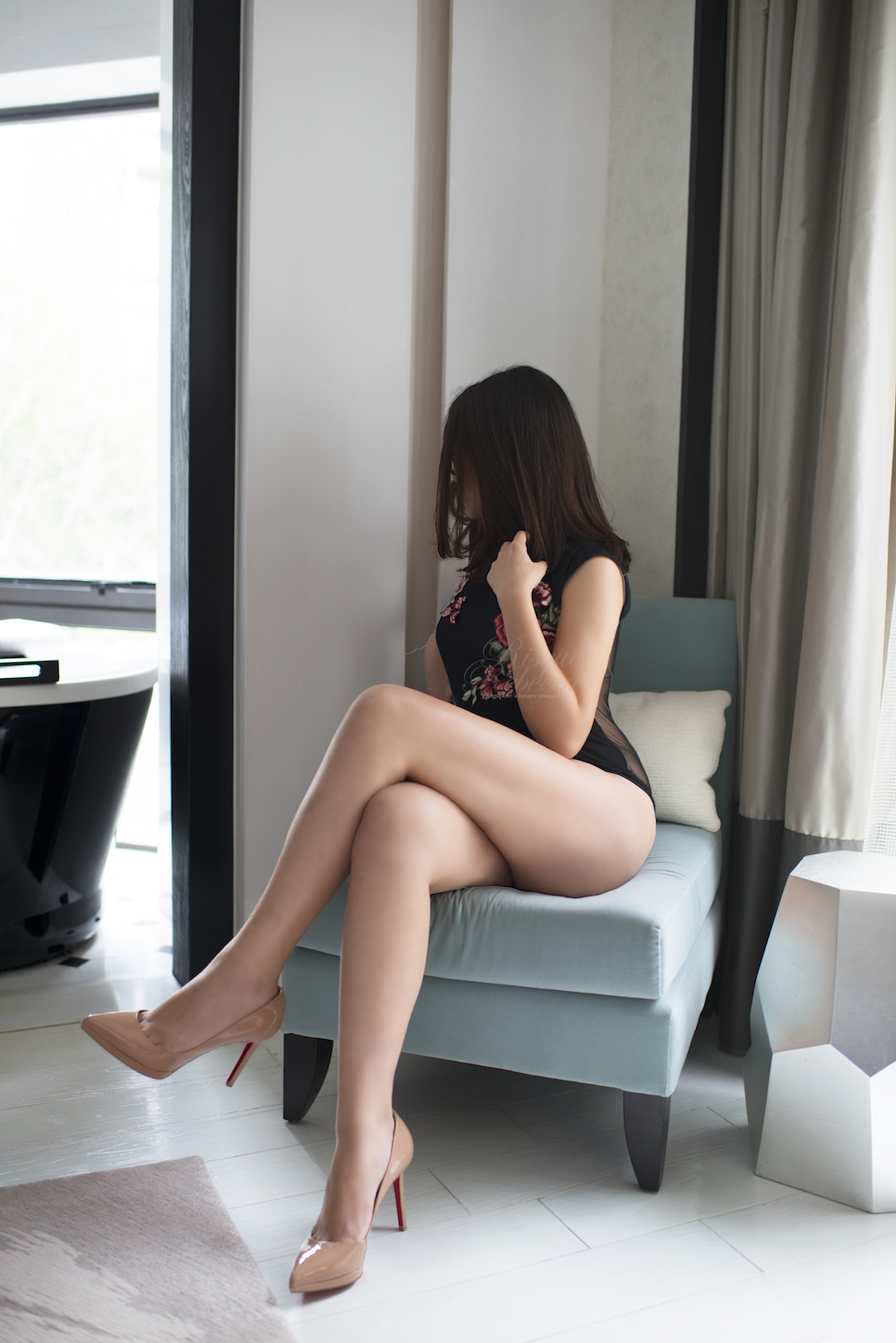 “Whenever I go on dates, there’s implicit pressure to do something sexual afterwards since the guy ‘paid for a nice dinner and drinks’. So if someone [already] feels my time and company can be rented, why shouldn’t I set the price?”

I have never known anyone so driven by what they want from life. At 21 years old, Rebecca unabashedly declares her love for money and sex, and how being a sex worker allows her passions to merge.

Our entire conversation takes place over several days via text message, so I never get to meet Rebecca. But she replies efficiently, never hides behind cryptic answers, and expresses no regrets about choosing ‘this life’.

“Since I started sex work 3 years ago as a sugar baby, I’ve grown more comfortable in my own skin. I no longer bend over backwards to fit someone’s ideal or change aspects of myself with every client that I meet,” she says.

So this much is obvious: like any business minded person, Rebecca understands the product she’s selling: sex, time and company. She also has a tangible goal: to be financially independent by 24.

She also calls herself a feminist.

Intellectually, I know there’s nothing jarring about this. Feminism, after all, is built on the belief that women are free to make their own choices.

No one’s forcing Rebecca into sex work, and all aspects of her career are meticulously managed by herself, right down to her website design. In another life and under different circumstances, I may even have considered being a social escort or a sugar baby while in school for the extra pocket money. (Both the male and female friends I speak to feel the same.)

I also agree with what feminist author Roxane Gay once wrote: “I believe feminism is grounded in supporting the choices of women even if we wouldn’t make certain choices for ourselves.”

Yet I can’t shake my uneasiness towards this possible hypocrisy – one that prevents me from unreservedly supporting anyone who happily chooses this life.

Make no mistake, I have no problem with anyone choosing sex work as a profession. Instead, I am uncomfortable with one calling this a feminist choice yet trivialising the patriarchal trappings of the sex work industry.

While we have a long way to go before society takes sex work seriously and recognises the profession as one that, like any other, helps pay the bills, I wonder if sex workers like Rebecca merely perpetuate negative gender stereotypes.

For one, it’s hard to ignore the objectification involved in men ‘buying’ the use of women’s bodies, and how the social escort industry both legitimises and encourages such behaviour. How does one call themselves a feminist, and still choose to be a part of this?

A self-proclaimed feminist on a Quora thread titled “Can I spend money and time with female escorts and still consider myself a feminist?” articulates my concerns: “Feminism is the support of the political, social, and economic equality of the sexes. It’s supposed to lift women up to equal men in society. I’m not sure how people can believe that a system set up for the sexual service of men by the most marginalised groups of society is feminist or good.”

Essentially, one’s choices don’t exist in isolation. Freedom of choice does not mean freedom from judgement or consequence.

I feel empowered because I do what I want on my own terms. It’s about knowing my worth and quantifying it.

After speaking to Rebecca, I accept I might not totally understand the nuances of her experience.

“I would flip this around and say that you cannot be a feminist if you don’t support sex workers and their rights. If you don’t support women’s choices because they don’t fit your ideal, you’re not a feminist. You’re just a hypocrite who wants to feel superior to everyone else,” she says.

At this point, I note that what Rebecca says really only applies to women with options who have then chosen this profession, and not those who have been forced into it via human trafficking.

On the same above-mentioned Quora thread, user Franklin Veaux reiterates what Rebecca has been telling me all along: choice is what makes her sex work feminist.

For Rebecca, putting a price on her body is her way of rebelling against the very patriarchy that seeks to control it. By turning her ‘disadvantage’, or what’s typically seen as ‘lesser’, into a money-making strength, she acknowledges the inherent gender power play involved, embraces it, then turns it on its head.

She explains, “I feel empowered because I do what I want on my own terms. It’s about knowing my worth and quantifying it. Besides, feminists have been fighting for women’s rights to consciously choose whatever they want to do with their own bodies and lives. Pursuing sex work is just one of these choices.”

Being certain of her decisions also means she’s not short on pointed advice for her critics. In particular, she takes aim at ‘feminists’ who claim to fight for gender equality yet deny it to sex workers and anyone else holding a career they assume to be counterproductive to this fight.

“If you’re a career woman smashing the glass ceiling, good for you. But don’t believe for one second that you’re better than someone else who made the active choice to stay at home, engage in sex work, or do anything else you didn’t choose.”

Without missing a beat, she asks, “Does my unpalatable career choice suddenly make me inferior and undeserving of equality? Isn’t this very anti-feminist?”

Still, Rebecca is lucky. Not all sex workers can claim that every one of their choices are self-controlled. For some, a personal essay in xoJane from a former sex worker may resonate instead.

One paragraph puts it best: “Sex work is a relentless game of pandering to male narcissism. It is literally your job to make a man feel special, superior, and satisfied as if he is the only being on the planet. This aspect of the job really leaves no room for the self. There is no space to explore or identify or evolve any aspect of your own being, because there is no room for you in the equation.”

So life is never that simple. Even if one chooses sex work with the aim of empowering themselves, they may realise that it doesn’t always work that way. The same can be said of any other career.

That said, it’s not entirely Rebecca’s fault for being unaware of the larger implications of her career choice. Societal attitudes have shaped how we see sex work: often as a heterosexual transaction between a male client and a female sex worker.

If we are to look at sex work through feminist eyes, perhaps the first step would be to fully appreciate that sex work, or at least our current perception of it, remains confined to a narrow heteronormative sphere.

Once we start talking about sex workers who service gay clients, women who visit male sex workers, trans sex workers (and so on) as commonly as we do about female sex workers like Rebecca, then we truly equalise the conversation around sex work.

Rebecca’s decision may feel liberating for her, but it’s inseparable from an industry that both prevails for the pleasure of men and reinforces the idea that women’s bodies can be used and sold.

If anything, my conversation with Rebecca has taught me one crucial lesson: one’s choices, even if personally empowering, do not automatically negate everyone else’s disagreements with it.

But we also can and should get rid of these disagreements – and this starts with first understanding where they come from and why they exist. 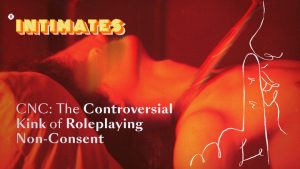 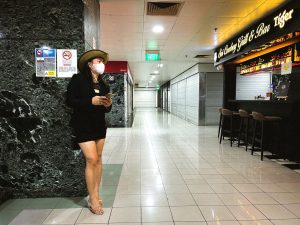 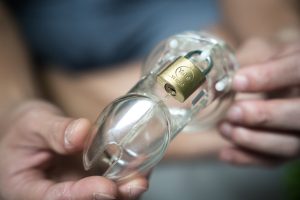 Too loose. Too tight. Too sharp. About 4 years in and $3,000 spent, one Singaporean man is still on the hunt for the perfect cage to fit his private parts.