In a former car park on the 11th floor of Shaw Tower, three hungry chickens cluck at my feet as I take in the three-way panoramic view. Growing on the northern half is corn and other stalk vegetables; the southern half is almost completely aquatic, with fish tanks of various lengths widths and depths, on top of which sit loading crates and makeshift planks to help people navigate between them.

I’m at the soon to be completed 1500m2 farm run by OnHand Agrarian, a Singapore based urban farming company. The last time OnHand Agrarian made the headlines was when they severed ties with NUS over the Monica Baey incident.

Looking down from the farm to the roads below feels strangely relaxing, as though I’ve transcended the everyday rat race. It’s probably for this same reason that people frequent The Great Escape Bar—which shares the space with OnHand Agrarian—not to mention that baby chickens are even more captivating whilst under the influence.

“You should come here to see drunk people’s faces when the crabs start walking around. It’s like they’re worried they got something extra in their drink!” founder of OnHand Agrarian Shannon Lim exclaims.

I might have approximately zero knowledge of urban farming in Singapore, but I do have some prejudices.

For one, it strikes me as an industry run by metal straw toting, superficially eco-friendly yuppie types courting customers of the same demographic. The only thing separating them being that the customers aren’t actually prepared to disappoint their parents by making no money as a postmodernist painter, NGO worker, urban farmer, etc; compensating for their “sellout” careers by buying overpriced urban farmed quinoa for their vegan salads.

Yet far from the entitled wokie that I would imagine running an urban farm, Shannon’s calloused hands and stoic demeanour strike me as those of someone accustomed to adversity.

Sure enough, he soon opens up to me about the death of his father, as well as the ongoing custody battle for his daughter, the latter of which he is quite vocal about on Facebook.

“Pfft … a pathetic country whose legal system so consistently and miserably fails thousands of little girls for the financial gain of some women,” reads a recent post of his.

Shannon can’t help but say what believes, and this is enough for me to doubt that he’s into urban farming just to satisfy some urge to be superficially environmentally friendly.

Before going into farming, he was in finance, which he enjoyed. But after a 2009 piece of consumer protection legislation was passed, his job no longer felt so appealing.

“After the regulation, these weren’t the same kinds of profits. The last straw came in 2011 when a client brought me to court over the fact that I hadn’t told her not to pay taxes on a security that she bought from me. In Singapore, you can bring people to court over BS like that.”

Going into urban farming after a career in finance seems about as natural a course of action as going to a nightclub seeking intellectual conversation, but sometimes the cookie crumbles in unexpected ways.

As a teenager, he had already started messing around scavengers and plants to help keep his home aquarium clean. Having also worked at his dad’s construction company, he understood how to work with plumbing and water systems. Throw in his knowledge of what other supposedly “high-tech” local fish farmers were doing—most of which left him unimpressed.

Hence, his interest in sustainable fish farming techniques didn’t exactly sprout out of nowhere, and urban farming seemed like a relatively rational next step. He figured he could shake up the urban fish farming industry harder than a basic Chinese girl shakes her brown sugar bubble tea, and make good money doing so.

At the same time, money, it seems, is only a goal if he can get it without compromising his principles. Despite the availability of lucrative government grants designed to bolster Singapore’s minuscule agriculture sector, he refuses to apply for any of them.

“I don’t even know where the money is going. I have never even seen the products of the companies which have received these multi-million dollar grants. I commented on Koh Poh Koon’s status update saying that the local farmers that actually produce anything neither need nor deserve government grants. He never replied, but the post got a lot of likes,” he says with a chuckle.

It’s no accident that Shannon doesn’t want to take money from the government, considering how he doesn’t really like the idea of government meddling in markets in the first place.

“Do you know much about libertarianism?” he asks.

My limited knowledge of libertarianism stems from trudging through an Ayn Rand novel at an age too young to know that it was excessively long and poorly written. But when I think about it, Shannon checks all the boxes for a hero right out of a libertarian novel.

First, he’s an incessantly innovative entrepreneur: When I arrived at Onhand Agrarian, Shannon and his intern Kshitij Bansal were busy building a TEC chip based cooling system in order to grow mushrooms. Looking around the Shaw Tower rooftop farm, nearly everything from the planter boxes to the irrigation system, like the mushroom refrigerator, is of Shannon’s own design.

Second, he uses the free market as means to self-interested yet moral ends: part of his business is based upon “for-profit conservation”, which he explains is “letting rich people shoot endangered goats for 150,000 dollars.” As part of their business, OnHand Agrarian raises endangered fish whose exotic meat sells for an exorbitant price. With the money made in these sales, they invest in growing endangered populations.

Third and most importantly, he is building a concrete private island.

He explains how by using a type of porous concrete block, he is building a floating platform that he can tow out into international waters.

For Shannon, the island will serve a dual purpose. Not only will he be able to preside over his very own libertarian hive of morally grey innovation, it will also serve to further his multiple business ventures.

He explains, “Agrarian needs room to expand and do proper conservation and rescue work. Singapore is an excellent business incubator, but we’ll eventually bump into red tape.”

Shannon might be in the business of creating life, but he’s also in that of planning for what happens after death. His other major business venture, Reefincarnate, allows its customers to have their ashes used to fertilise coral reefs after they die.

“Reefincarnate is a company that enters into contracts that could potentially last centuries. It’s impossible to build the foundation of a company like that in any country where laws potentially change with each election cycle.”

This story might be about an urban farmer, but it has nothing to do with urban farming. It’s about a vision for the future—one that’s more down to earth, or rather, sea—than any of the visions of our most famous tech billionaires.

It’s almost a gimmick at this point. From Elon Musk and Mars to Jeff Bezos and man-made rotating space colonies, if you’re a tech billionaire, you need to be investing in the final frontier. For them, human nature is such that overpopulation and resource depletion are inevitable, and we will only be able to truly flourish once we are beyond our atmosphere.

Shannon seems to take a different view. With a healthy dose of libertarian personal responsibility, he thinks that he is capable of creating an efficient sustainable state on the high seas.

Maybe it will be Shannon’s island that models humanity’s sustainable future. Only time will tell.

If you owned an island, how would you govern it? Write to us at community@ricemedia.co. 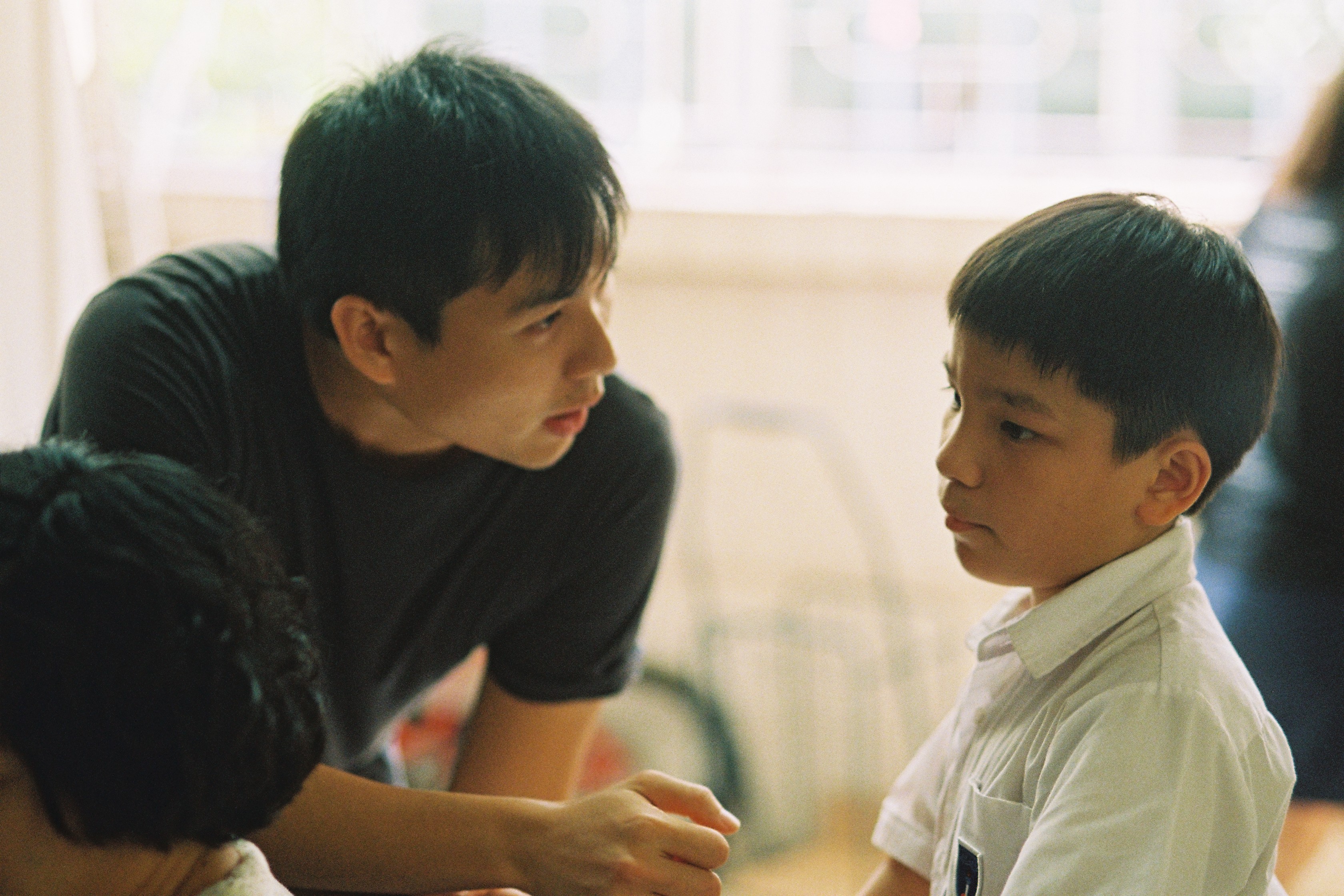 He Once Beat Out Wong Kar-Wai For A Film Award. But Where Is Anthony Chen Now?