Elitism is Here to Stay, But Don’t Count on the Government to Fix It

All images courtesy of Clarence Ching.

During President Halimah Yacob’s address to Parliament two weeks ago, she called for bold changes in the approach towards growing social stratification. Not long after, Mr Ong Ye Kung, Minister for Education, delivered a speech in which he identified bottlenecks in the education system, calling social inequality a work in progress.

As I read Minister Ong’s speech transcript, a line from a play by local theatre company Checkpoint Theatre came to mind: “Did you know that Mount Everest is littered with dead bodies? Apparently, it’s too dangerous to move the bodies, even if they are still breathing. They all died trying to reach the top. I don’t know if that was really their dream. Sometimes I look around and think, we all look like dead bodies.”

These lines from the sold-out play Normal shed light on the lives of struggling Normal (Academic) students. Like both the characters in the play and Faith Ng, its playwright, I too was a Normal (Academic)—or N(A) as is commonly known—student.

I started my primary school education in a popular elite primary school, known for offering the Gifted Education Programme (GEP). Raised in a middle-class family, my parents believed in the head start a top primary school (with the best possible resources) would give me. To ensure a placement in the particular school, they dutifully did 2 years of volunteer work.

Unfortunately, I never thrived in primary school. After doing badly at the PSLE, I was streamed into N(A).

In the Normal stream, not much was expected from us. For those who don’t know, Normal (A) meant taking an additional year to finish “O” levels while Normal (Technical) meant heading over to the Institute of Technical Education (ITE) to hone vocational skills.

There, it was us versus the world. The system was designed in such a way that we were slower compared to those in the Express or Special Stream.

Pedagogies were tweaked to cater to students that presumably took a longer time to grasp concepts, and we were given a simplified syllabus based on our academic aptitudes.

With preconceived mindsets about those in the Normal Stream, some teachers also spent less effort nurturing students, and were less likely to deliver the same standard of lessons in classes as they did for those in express or special streams. Eventually, students would lose interest in learning and the motivation to study and do well.

We were not the pride of the school, and as such were conditioned to believe that we were not good enough and would never make it to the top.

We were just bright-eyed teenagers trying to find our place and significance in society. But being streamed into a less academically intensive programme made us understand that discrimination was very much part and parcel of Singapore’s competitive education system.

As both my parents are educators, I felt like a disappointment. And from what I saw, bruised self-esteems made giving up the easier way out, and many embraced the “we’re here anyway so let’s just do as we’re told” attitude. We constantly worried about our future, not knowing how it would all pan out.

Would we be ostracised for who we were when we finally enter in the workforce? Would we really not have a future like how society tells us?

Notwithstanding the obstacles, many of us didn’t give up. With the resilience we had built along the way, we worked hard and fought for opportunities, grabbing them whenever they came our way. We were also sick of being mediocre, and of taking pity on ourselves.

Thankfully, in the last two years of secondary school, assets were redistributed and dedicated teachers who believed in us were available to give us the edge we needed. Along with a reduced class size of 26 for optimal learning in secondary 5, it paid off. We did well enough to move on.

Jun Xiang, a former N(A) student, is one such example. He was featured in the Straits Times’ Generation Grit series for making it to NUS School of Medicine. A couple of my classmates from my N (A) class also made it to Junior Colleges, something rarely heard of back then.

Other classmates went on to pursue their passions and took on different paths such as starting their own businesses or furthering their studies. A good friend who was streamed to N(T) overcame all odds in a single-parent family and is now studying Law in a Russell Group university in United Kingdom. One has even gone on to score a statutory board scholarship after excelling in his polytechnic studies.

Likewise, I was fortunate enough to study social entrepreneurship in polytechnic and had the tremendous privilege of serving residents in the Kreta Ayer-Kim Seng community since “O” levels. Working alongside a Member of Parliament, I began understanding real issues on the ground by doing grassroots work, preparing briefs, researching, and writing parliamentary speeches.

It was here, working with the elderly and less fortunate, that I saw how we all shared something in common: we had not let the system write us off, and we wanted to prove that we were just as good as the elites.

From the days of “get out of my elite uncaring face” to the memorable “elitism can be good for society” forum piece in The Straits Times, elitism has been the elephant in the room for years.

It is also no secret that top independent elite schools enjoy access to more resources, and students tend to move up quicker than others from other non-elite schools in their respective careers.

At the same time, here’s the hard truth: elites are here to stay.

From mixing elite and non-elite students to calls for the Primary School Leaving Examination (PSLE) to be scrapped, many have shared different ideas on tackling elitism.

Yet while Minister Ong’s team should heed calls to diversify resources, among other policy proposals to level the playing field for the less fortunate and less academically inclined, we must never forget the large part streaming plays in today’s education system.

To address this, schools must continue to innovate, with more opportunities and resources given to the non-elite.

On top of this, the community plays a significant role in nurturing our next generation of leaders. Rather than relying on the Government alone, what can we do better as a community? All this goes beyond policy—bridging the gap means providing more opportunities for students to embrace their different strengths and skills. We need long-term collaborative solutions as a collective community.

In our little red dot, everyone has a stake and something to contribute. As one of our founding fathers Mr. S. Rajaratnam once said, Singapore “is a democracy of deeds, and not words”.

To this end, figures play a vital role in shaping young minds.

Marginalised youths in Normal streams need to feel empowered. More students need to be guided and convinced by mentors, teachers, and family that despite their difficulties, their non-elite background is not a stumbling block.

Values and skills are critical especially in a volatile, uncertain, complex, and ambiguous environment. And so imparting important life skills such as empathy will go a long way. Also, those who have found success in life should pay it forward by providing mentorship and guidance to students in times of need.

Two key factors, grit and commitment, allowed us to overcome the odds to write our own story. We were the lucky ones, but there are also many out there who have unfortunately not made it and are left out of the system. I think there is a collective responsibility for us to nurture young minds to be more resilient.

Already, I can think of some great initiatives that do this.

Ground-up initiatives like ReadAble and non-profits like Halogen Foundation provide mentorship to children and youths. The CATCH Plus (Children and Teen Community Hub Plus) Programme for students from low-income families in Jalan Kukoh focuses on students’ academic development and emphasises the socio-emotional aspects of their development. Here, students participate in social-emotional learning, character building, and develop computer literacy, reading, and writing to help them build confidence and learn values like social graciousness.

These efforts, which are for the people and by the people, are what we need more of.

Today’s landscape is changing, and there is a sense that we’ve reached an inflection point.

We hear more and more stories of average, non-elite Singaporeans overcoming adversity, and less praise for scholars hailing from elite institutions and privileged backgrounds. But without question, we can still do better.

Stigmas in the system will continue to exist if we, as a nation, continue to perpetuate the mindset that academic excellence equates to intelligence and future success, inadvertently promoting discrimination and prejudice among students.

Mindsets and stereotypes have to change if we are to chart a new chapter in our education system. Whether we like it or not, fixing elitism begins with ourselves.

We must take a step forward in recognising the importance of different skills and strengths, and realise that as time has shown, the best leaders aren’t necessarily the brightest but the ones that empathise and understand the ground well.

Make no mistake, we are all successful in our own right. Even students from N(A) can write their own stories despite experiencing failure.

After all, it is okay to fail. We might take a little more time, but we all eventually get there.

I know I will want to raise my children to be compassionate, with the freedom to pursue their interests rather than numbers or certificates. Definitions of success, to many Singaporeans, are different. To me, it is a Singapore that embraces different aptitudes and talents, and that makes room for each individual.

Have something to say about this article? Have a story of your own to share? Write to us community@ricemedia.co. 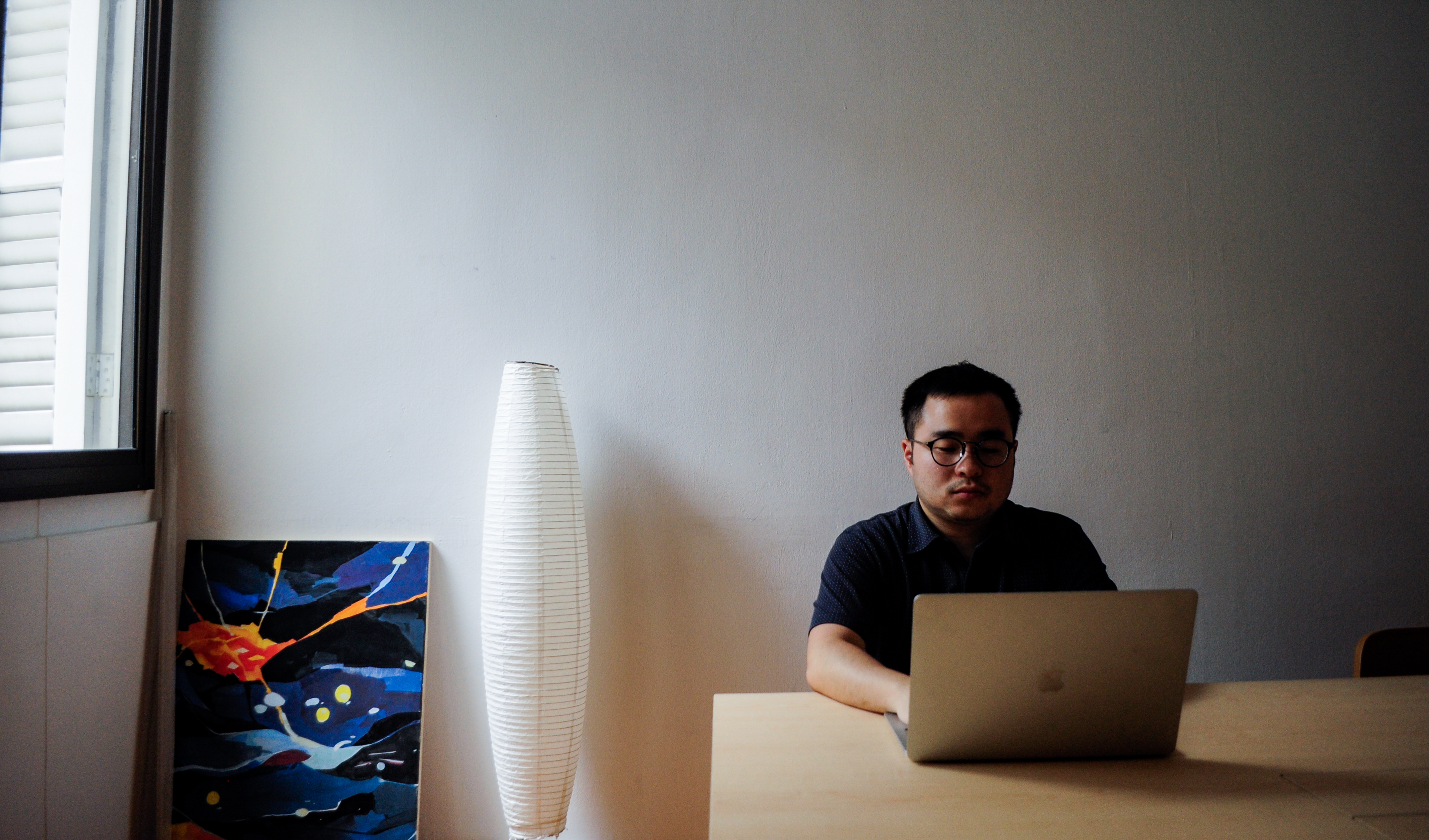 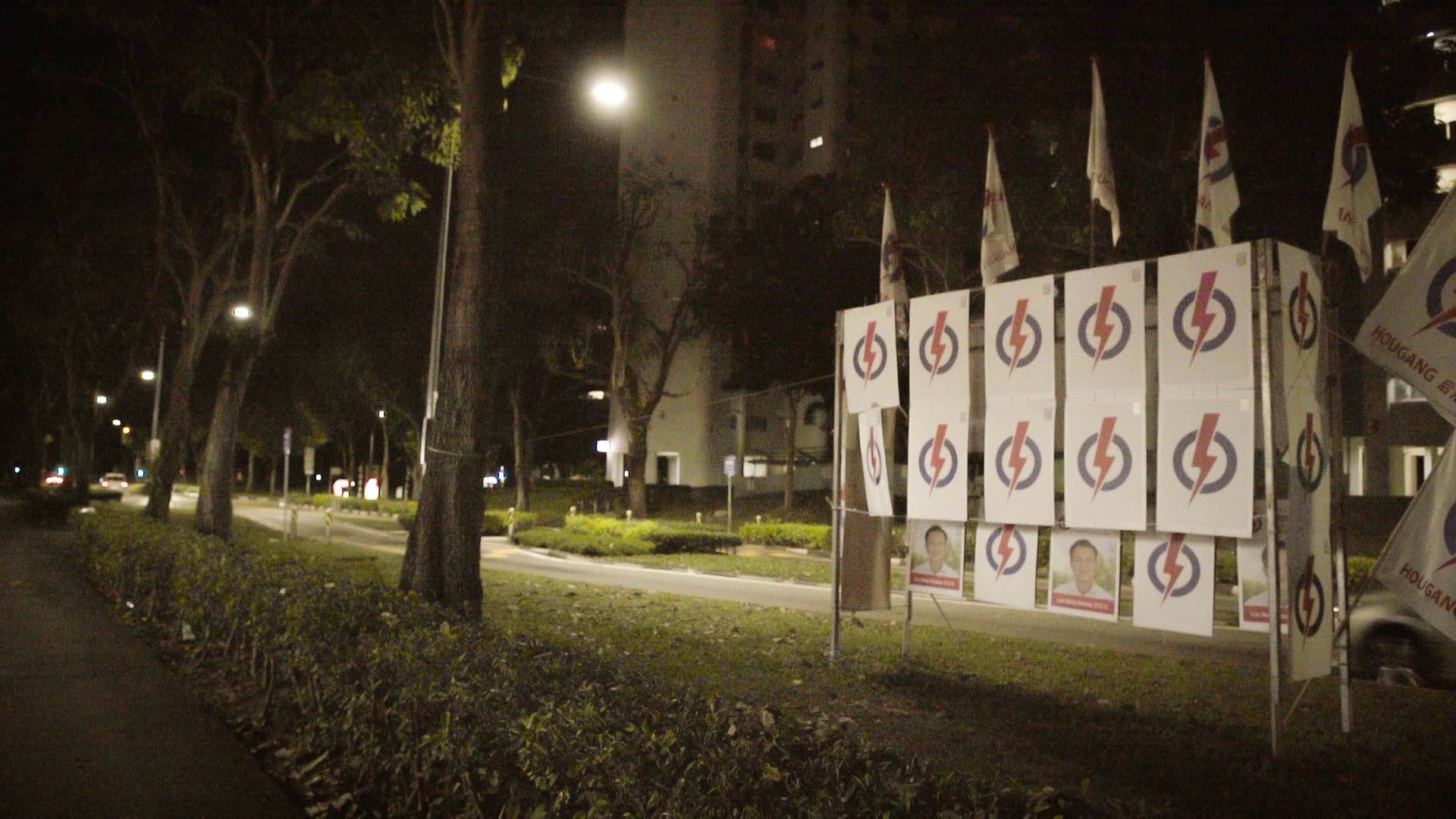 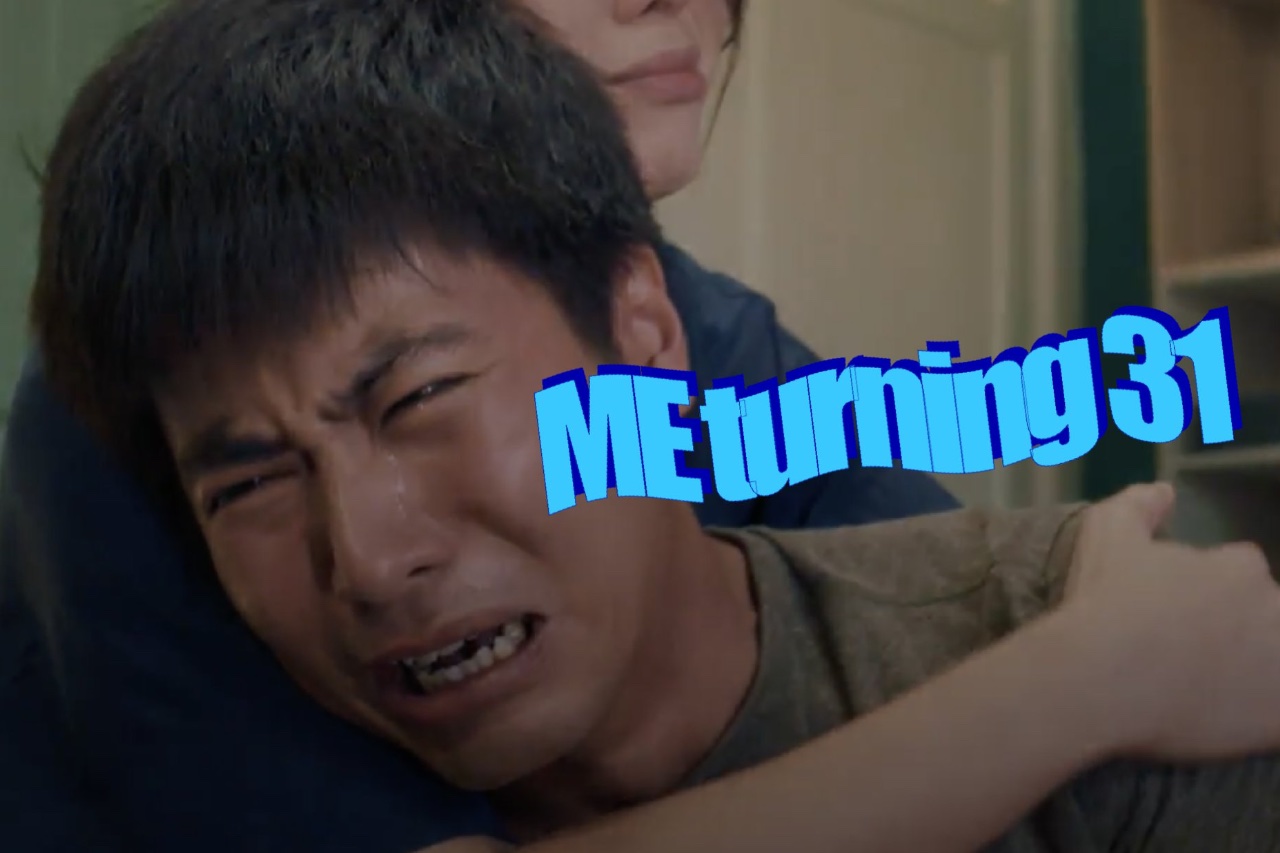 Can Memes by Brands and Government Bodies be Dank? Singapore’s Memelords Have Thoughts 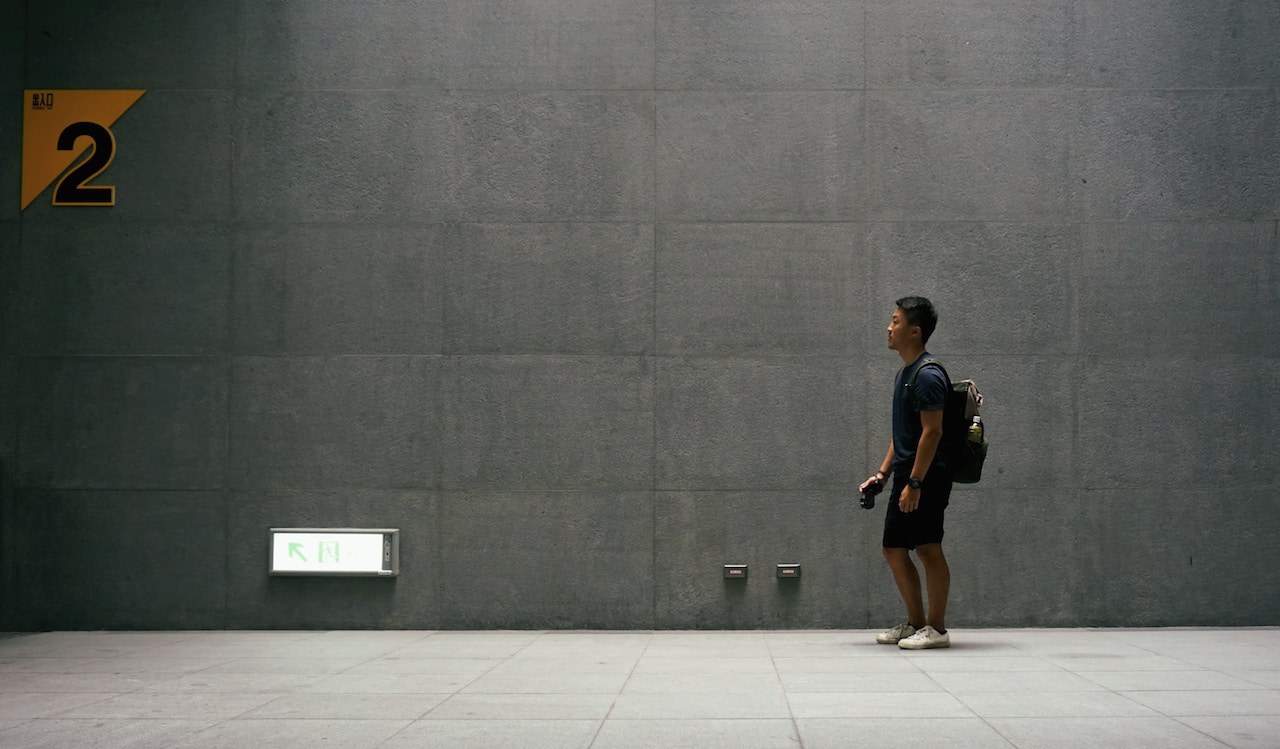 Relax, Your "Quarter-life Crisis" is Not a "Crisis"