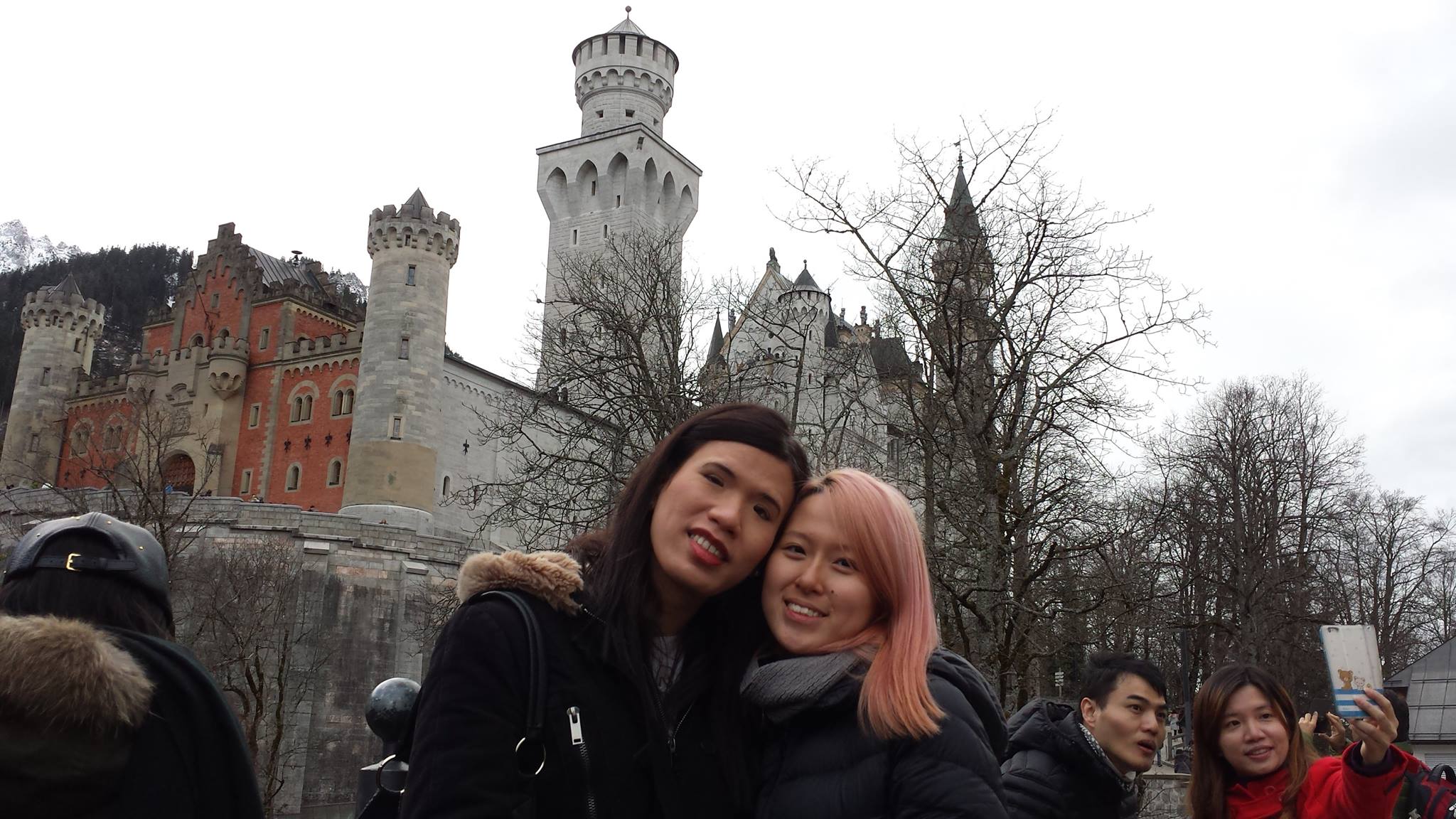 I first met Charlene (or Han, as he was known back then) in Secondary school. During the school holidays, he would organise these legendary gaming parties at his house where 20 of us would haul along our giant CPUs and LAN cables to play Counterstrike and Command & Conquer.

Fast forward 15 years, and Han is now a woman.

“I’ve always liked women and I still like women. My transition has not changed this at all”, Charlene tells me over Skype.

Charlene is a Singaporean transgender woman who is sexually attracted to other women. She has opted to retain her male genitalia so that she can continue to have sexual intercourse.  Now 33, she has been living in Melbourne for the past 10 years.

“I’m currently going through hormonal therapy which changes my appearance (to look more feminine), but I don’t intend to go through full sex reassignment surgery. It’s expensive, and there are health risks,” Charlene explains. “Also, my fiancé is female, and having male parts just makes sex easier.”

Admittedly, I had trouble understanding this at first brush. While gender identity and sexual orientation are distinct concepts, it can still be difficult to separate the two. For the longest time, my understanding of gender was often led by sexual orientation i.e. if a man enjoys having sex with another man / woman using his penis, then he must identify as a man.

The rise of media personalities like Caitlyn Jenner might have made this easier for the mainstream to understand, but it’s still confusing.

Unsurprisingly, it was just as confusing for Charlene when she was growing up.

“Growing up in Singapore, I never understood what it even meant to be a transgender person,” said Charlene. She goes on to tell me that it was in kindergarten when she first felt confused about her gender.

“We used to play dress up, and I always picked the girl parts and dressed up in girl’s clothes,” she continued. “There was once I got caught by my mother wearing her clothes, and I got a scolding. I was told that it wasn’t normal and that I should “behave like a boy”.”

The thing is, I’ve always remembered Charlene to be a typical “guy”. She was outspoken, brash, and always starting fights or causing mayhem in one way or another. She would have been the last person I picked to become a transgender woman. But appearances, as I’ve learnt, never tell the full story.

“Back in Secondary school, while I identified as a male, I’ve always known that I was different. I just didn’t know at that point how to articulate this difference, or what it meant,” she explained.

It was only until her mid-20s that she finally understood what it meant to be a transgender woman.  The turning point came at a Halloween party where she crossed-dressed for the first time.

“I went to Halloween party dressed as a female pirate. I remembered feeling “this is me”. I felt normal for the first time,” Charlene recounted. “I was already feeling pretty unhappy about my gender up to this point, and cross-dressing for Halloween seemed like an easy way to experiment.”

Consequently, she started cross-dressing more frequently, and it went from a party gimmick to a weekly routine where she would dress up as a woman for the weekend. This eventually led to a decision to permanently reassign her gender in 2013.

“It was something I had been considering for a while. When I looked in the mirror and saw myself as a guy, it was not a look that I enjoyed. It’s not just about the aesthetic, it’s about having a body that reflects who you are inside,” Charlene explained.

Like most of us, Charlene simply wanted feel comfortable in her own skin. And this meant coming to terms with her gender.

Following her decision to go through hormonal therapy, Charlene had her gender legally changed in Australia (she can’t do this in Singapore unless she goes for full sex reassignment surgery). And since then, life has been working out just fine.

“I just got engaged a few months ago,” said Charlene. “I’ve been dating Shu for four years before I popped the question.” Shu, Charlene’s fiancé, is a Singaporean who is also based in Melbourne.

“I’ve known Shu before I transitioned. We met through some mutual friends. And while I wasn’t attracted to her initially, I’ve always thought she was cool,” Charlene said. “After I transitioned, she seemed completely natural around me. This was special because I could feel that most of my friends seemed a little self-conscious around me after I transitioned.”

Shu, who is bisexual, doesn’t see the difference between dating a transgender woman and a woman. “It’s the same thing,” she chimed in. She had been sitting next to Charlene throughout our Skype call, but had not said a word up to this point.

“When I first met her, I thought she had a “golden mouth” because she simply wouldn’t talk. But after I got to know her, she wouldn’t shut up,” Charlene said in semi-jest. “And once we started talking more frequently, we really hit it off.”

The couple had been talking about marriage for a while, so the proposal wasn’t exactly a surprise. Their parents have also been aware of their relationship for a while and have, for a large part, been very supportive.

“It’s pretty much a normal in-law relationship. We hang out when we’re back in Singapore, and we go on family trips together,” Charlene explained.

“I had asked Shu’s father for permission to marry Shu. He gave me his blessing and told me that “all he wants is for his daughter to be happy.”

It was hard not to be moved when I heard this. It was also a nice surprise to hear that their families had been so supportive. I guess there’s truth in saying that, at the end of the day, most parents just want their kids to be happy.

While things seem to be smooth, there are some speedbumps ahead for the couple.

For one, same-sex marriages are not legal in Melbourne or Singapore. To get married in Singapore as a woman, Charlene will need to go through full sex reassignment surgery (which she doesn’t intend to do). The couple are thus considering going to New Zealand to tie the knot.

And while they have not decided on whether they want to have children or not, it could prove challenging should they decide to do so. The hormonal therapy which Charlene is currently on basically renders her sperm infertile. They would thus need to resort to artificial insemination or IVF if they plan on having children.

Discrimination can also be an issue. Charlene has encountered her fair share of discriminatory behaviour (she was once refused entry to a club because she was crossdressing) as an individual, although she maintains that they have yet to encounter the same as a couple.

Still, these issues seem minor compared to the obstacles that the couple have already overcome.

I for one will never know what it takes to go through a gender transition, but it undoubtedly requires a lot of courage and conviction. That they somehow found love at the end makes their story both improbable and special in equal measure. 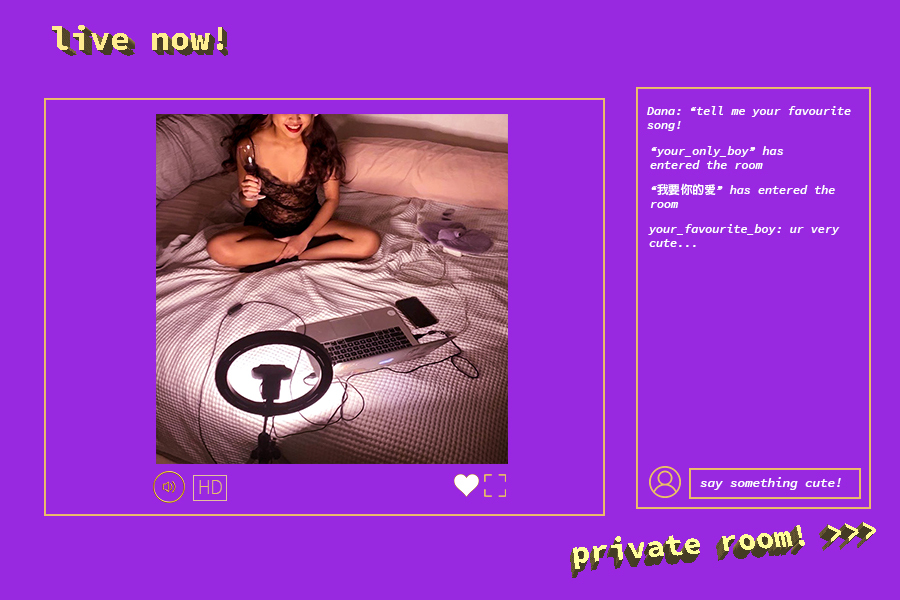 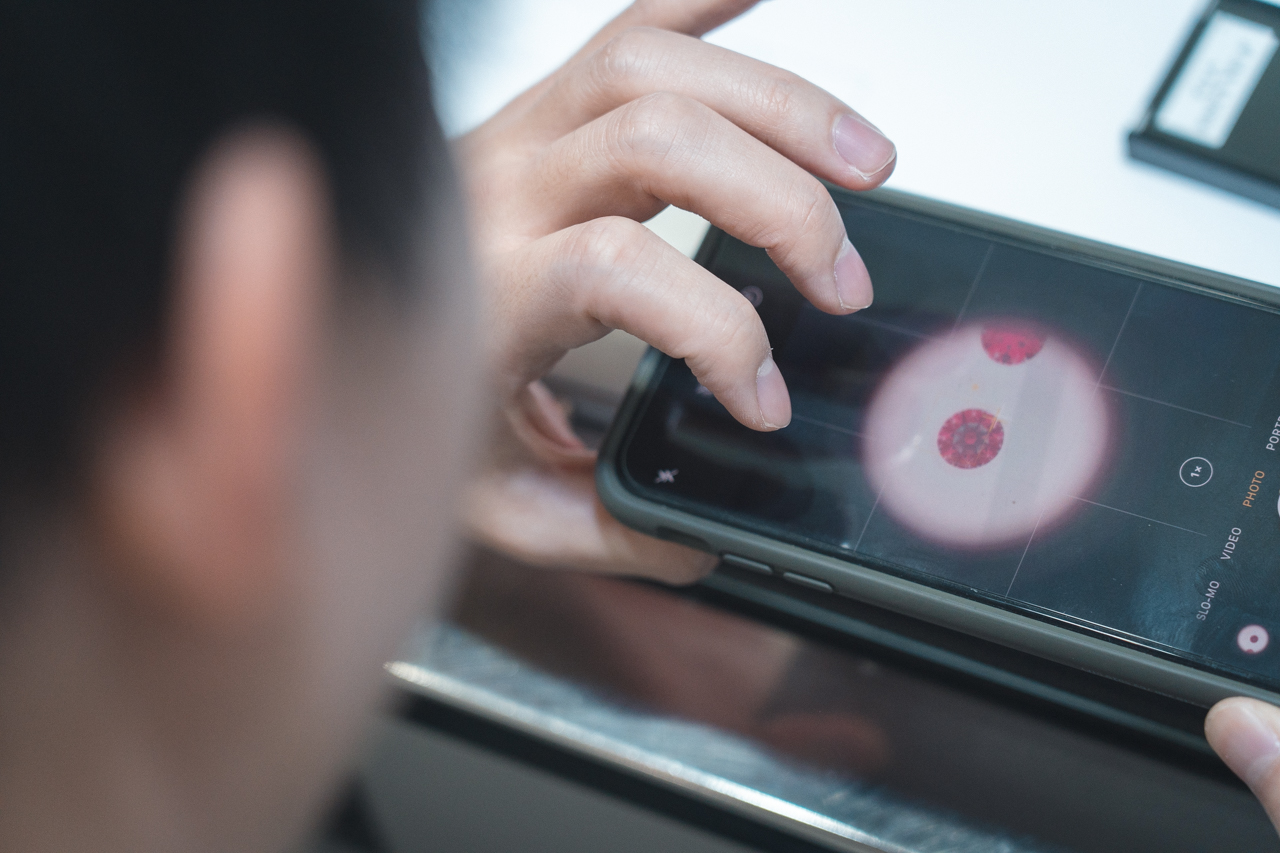 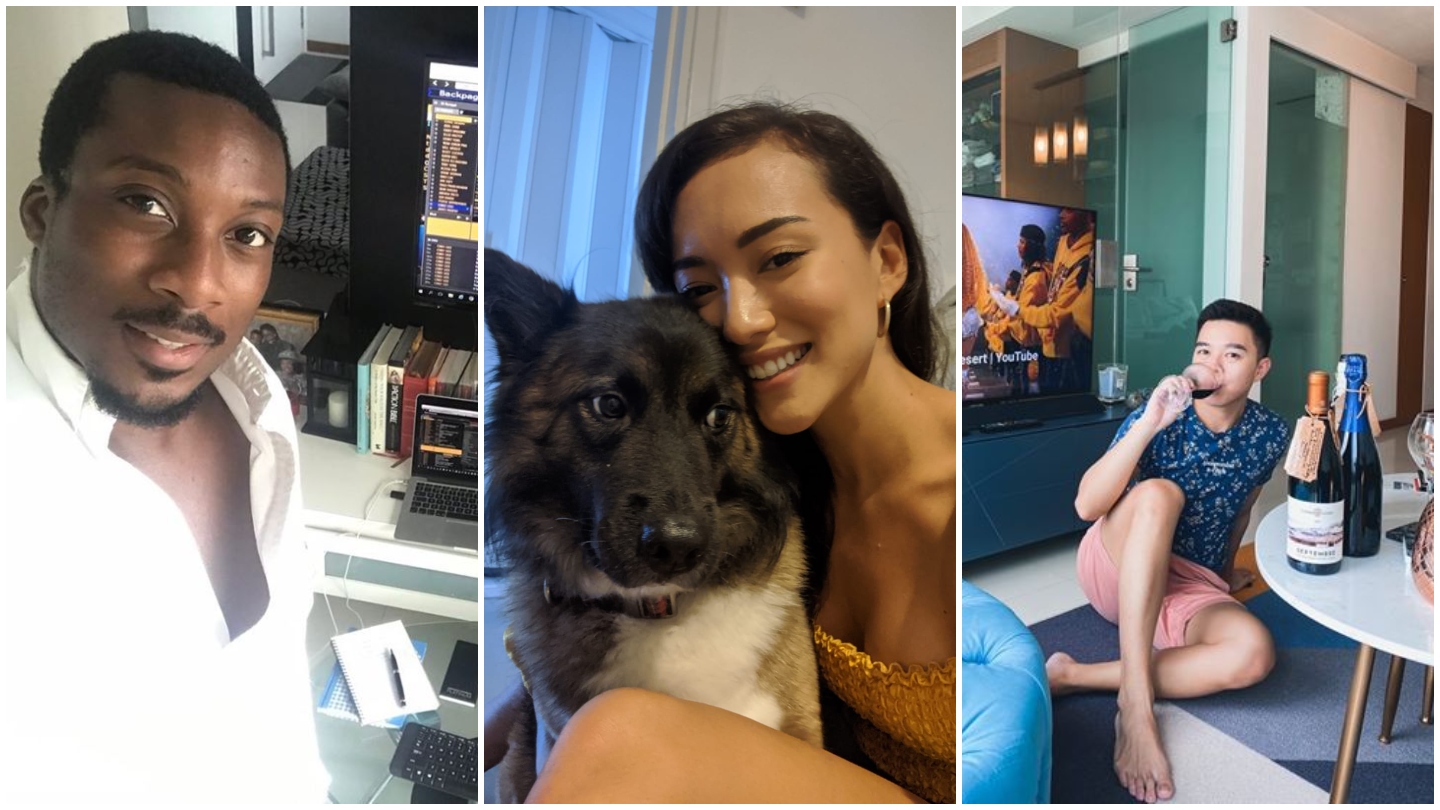 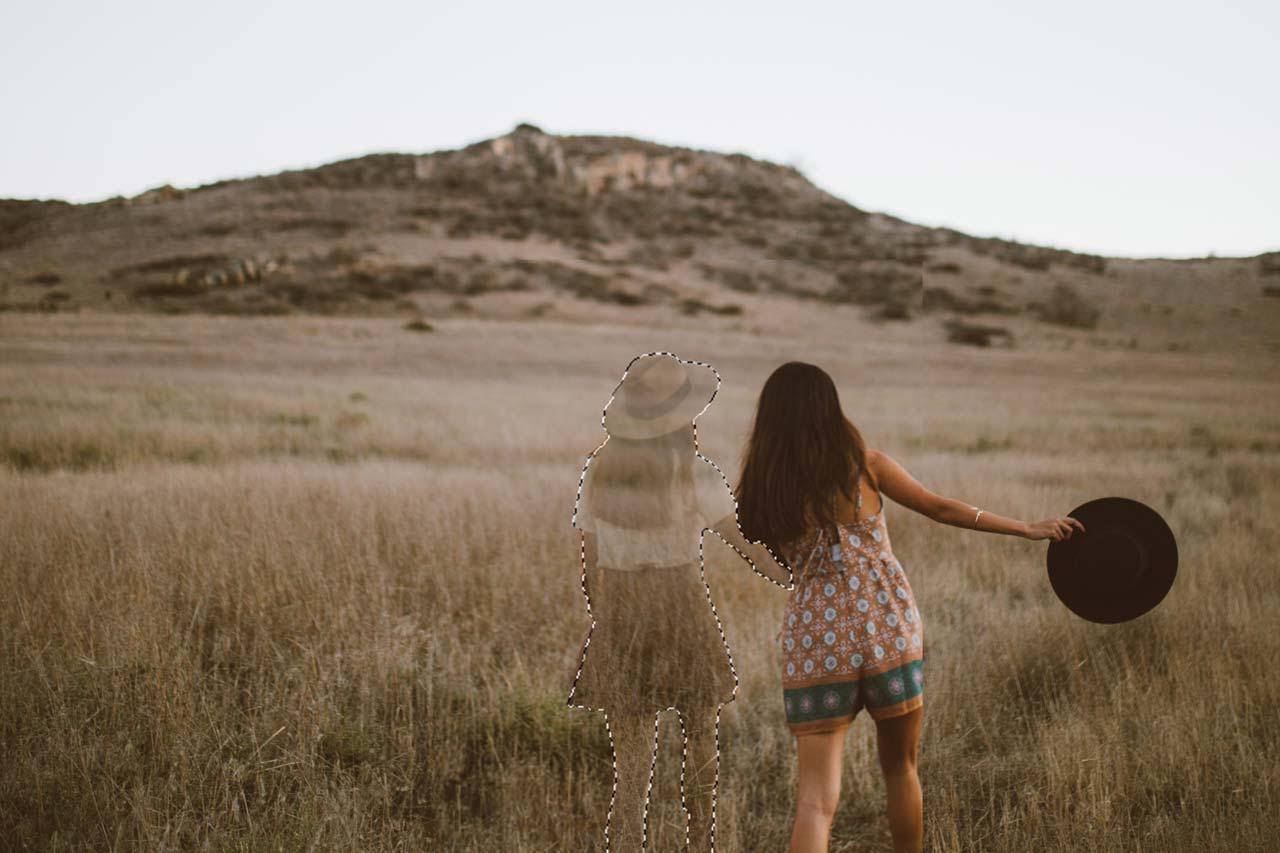 Unfriending in Real Life: Would You Do It?