This GE, political candidates have been addressing issues of mainstream concern: salvaging the economy, immigration laws, and even minority struggles. But there is one issue that politicians always shy away from: drugs.

“I understand that politicians need to speak about issues that pertain to all citizens, but addiction struggles matter to everyone,” said Jane, a 21-year-old who recently left the Drug Rehabilitation Centre (DRC) at the Singapore Prison Service.

“Inside prison, I saw that it’s a problem that can affect everyone: There were underage girls inside who abused drugs for weight loss, and underprivileged mothers who used substances to work multiple jobs. It’s a more varied issue than people think.”

In 2019, about two-thirds of the Singapore prison population was incarcerated for drug offences. In turn, it’s hard to speak about a safe and inclusive society without addressing drug abuse, especially when this year saw a record number of drug abusers arrested.

“Do people really know what they should do if their loved ones start abusing drugs?” Jane asked, recalling her family’s lack of resources when she fell into a toxic relationship with methamphetamine.

Many recovering addicts are piecing their lives together as this election plays out, and it’s no surprise their main concerns have to do with Singapore’s social and political approach to drugs. This is where they hope to see change.

There are countless ways to support drug abusers before resorting to jail time, but for us to intervene more humanely, we need to address the social norms that have conditioned us to think addicts don’t belong in society.

“I would like to see people not demonise drug users, so they don’t have to feel afraid of reaching out,” Jane said.

She shared that when she was at one of the darkest points in her addiction, she didn’t know who she could turn to. “I was so afraid that If I would reach out for help, I would be sending myself into jail,” she said. “I didn’t know who had true motives in helping me.”

At one point, Jane travelled to London in search of treatment. There, she found multiple services that offered non-judgmental support to drug abusers for free. While in Singapore, the few private clinics Jane could access were extremely expensive: “I couldn’t tell if they really wanted to help or if they just wanted to make a profit off helpless addicts.”

Jane mentioned that for Singapore to see a reduced number of addicts, then treatment needs to be made accessible to underprivileged Singaporeans.

Currently, the vast majority of drug offenders arrested are Malay—which raises questions about why minority communities are overrepresented in jail. Is it because treatment is expensive, making it harder to access for disadvantaged communities? Is it because of cultural barriers to discussing addiction openly? Are there socioeconomic reasons?

It’s hard to know, because our approach to the issue of ‘drug addiction’ has limited independent research around the topic, and hindered nuanced discussions in a local context.

Lennie, whose son is in jail for a drug conviction, said that the government needs to promote open discussions about drugs. If society didn’t view addicts as criminals, she says her son would have likely sought help earlier.

“Our society thinks taking drugs comes with other criminal tendencies,” she said. “Hence, if you take drugs, you belong in jail.

“But drug addicts need help more than they need correction.”

Lennie told me about the shame her family felt when her son was put in jail, and how it still exists today. Lennie’s relatives and friends know nothing about her son being in jail because “drugs is such a dirty word here.”

An opportunity to open up critical discussions about drugs is in schools. This is when most Singaporeans are first exposed to the topic—even if drug talks rarely offer any nuanced educational information about drugs.

“Schools tell you all about saying no to drugs, but they don’t really explain the ‘why’ well—or at all,” Jane said. “I really didn’t know anything about drugs until I started using, and maybe that would have made a difference.”

Lennie shared similar sentiments, saying that “perhaps, the government should differentiate between the various drugs so that our society will stop thinking that as long as someone takes any form of drug, he/she is a menace to society.”

In many countries, scientific research has encouraged governments to change their laws in regards to substances like marijuana, which have medical benefits, and Lennie believes that we can’t continue to look at all drugs with a generalised approach here.

From the moment an individual tries drugs to the moment they are arrested, there is little done to address why they fell into an addiction in the first place.

“When the officers arrested my son, he was treated like a murderer,” Lennie said.

Her son was detained for many hours with his brother, and they were both treated like they were “guilty until proven innocent,” even if one of her sons was clean.

“This uncompromising stand has turned our society into an intolerant one. I hope our rehabilitation centre starts looking like one, and that it starts treating addicts as patients that need help and support.”

First time drug offenders get put in a DRC, an institution that Diya, a 22-year-old who was admitted into one at the age of 19, calls “a jail with a different name.”

“Part of the disciplinary action in a DRC has to do with keeping us in the dark, but sometimes it’s too much, and it makes us feel so isolated,” she said, referring to how they are rarely given information about the outside world or their loved ones.

“It can truly drive a person to insanity.”

Both Diya and Jane said the reason why they started using was because they felt lonely, and that the DRC’s lonesome conditions did little to help them.

“Unless you have a strong support system, which most inmates don’t, you will feel even more isolated and alienated from society,” Jane said.

The Singapore government has definitely tried to improve programs for drug abusers, but the conversation can’t stop the moment small progress is made. Previously, if drug users were arrested more than twice they would be sent to jail instead of a DRC. Now, those arrested for a third time or more can be incarcerated at DRC’s if they haven’t committed other crimes. In addition to this, DRC inmates do not get a record like those in jail do.

At the moment, how many people know the difference between a DRC and jail? How many know what safe and private support options are available to citizens? Both Jane and Diya said they knew very little about this before their convictions, and fear to ask was what hindered this. But as matters of public concern, politicians need to address this—only then can we unpeel the layers of fear burying the issue from the public eye.

Many inmates can complete their DRC sentence outside the institution, with work programs. But if the government doesn’t normalise discussions around drug use, rehabilitation, and integration, ex convicts feel that they will continue to be marginalised and in turn struggle to find skilled jobs.

“Not everyone is able to reintegrate easily,” Diya said as she told me about using again after she was released, causing her to be put back in the DRC. “It’s normal to stumble when you are coming out of an addiction. Especially if you don’t have the right support, it’s so easy to fall back.”

Diya shared stories of the different people she met in jail, of different ages, ethnicities and backgrounds. When they were released from DRC, they each faced their own struggles with integration and relapses.

“I wish society would look at them and realize that they are changing and that they have paid their dues before placing judgement on them,” she adds.

Many of us in Singapore will likely encounter ex-convicts—knowingly or not—in our day to day endeavours. But as employees, colleagues, or even family members of these individuals, we owe it to them to destigmatize the shame they have experienced for so long. And the best entity to propel this change is the government, who has imposed unremitting laws around this issue for generations.

Are you an ex convict? Let us know your thoughts on the upcoming election at community@ricemedia.co. 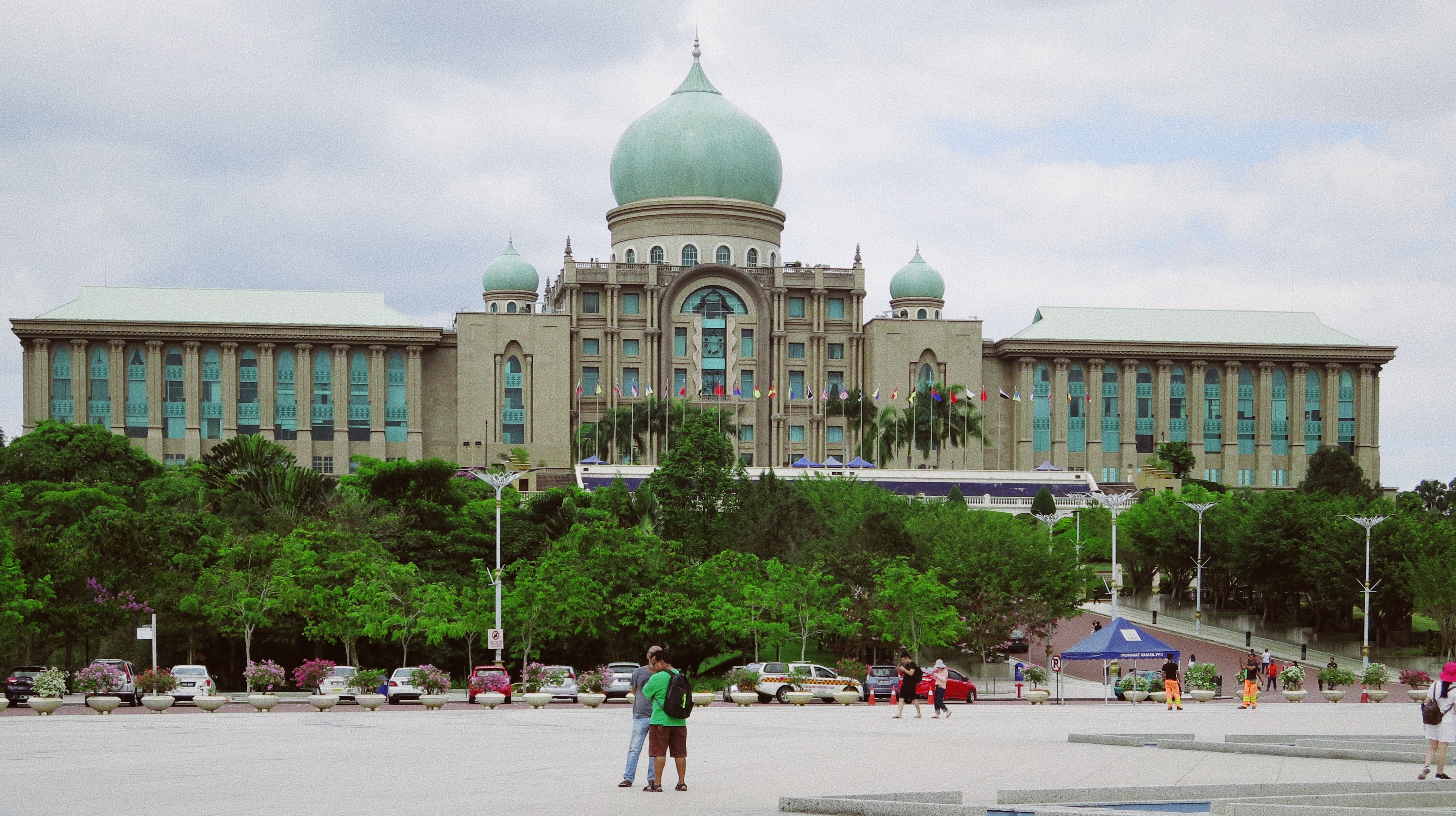 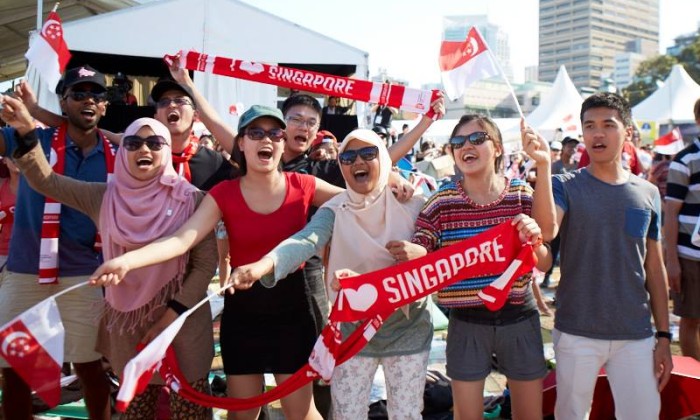