You Can’t Beat Fake News In A World Without Truth

Popular Forecast, or PopCast, is a column where we forecast and debate the popular and important narratives of 2019.

2018 was the year a proper Fake News debate finally arrived in Singapore. Most people might have forgotten this by now, but we had a Select Committee in Parliament chaired by Shan- I mean, Charles Chong, many feisty exchanges and a 300-page report recommending immediate action against ‘deliberate online falsehoods’.

It was also a year when we saw many  ‘deliberate online falsehoods’ circulating on the internet.

My favourite ‘Fake News’ moment of 2018 was Minister Ong Ye Kung’s statement that LGBTQ people do not face discrimination ‘at work, in housing and education here’. When I read the sentence in Today, I was too stunned to feel outrage or anger. Instead, I felt a sense of amazement; that a Minister could plainly utter something that seemed—at least to me—demonstrably false.

I’m no expert on education or employment issues, but surely it’s not true for housing? After all, access to public housing in Singapore is famously dependent on heterosexual marriage, to the extent that ‘BTO’ is often used as a shorthand for tying the knot.

How could any sensible person make the claim of an ‘egalitarian’ housing policy when gay couples can’t ‘BTO’ under the law?

To me, housing is a textbook example of ‘discrimination’, and our Minister was uttering a ‘deliberate online falsehood.’

But viewed from another perspective, what he said was technically ‘true’. There is no active discrimination against an unmarried gay man who ballots at the age of 35. His sexual orientation is not a factor which HDB considers, and his odds of getting a 3-room flat are the same as any unmarried straight man.

That is to say, if you bird-box yourself and refuse to acknowledge attempts to repeal 377A, gay marriage or even civil unions as a possibility, then yes, the housing policy is very fair: you can’t discriminate against a gay community which, for all intents and purposes, doesn’t exist. The BTO policy is faultless if you consider the current lack of gay marriage a-okay.

This is, I believe,  what Minister OYK meant when he claimed ‘no discrimination’, and why individuals like myself cried ‘fake news’ in response. Each of us believes that we are right, and indeed we are, but only because we have such radically different definitions of what constitutes ‘discrimination’. Hence, in our respective worldviews, which neither meet nor intersect, we are both spreading ‘fake news’ as well as speaking the ‘truth’.

It’s technically true that HDB does not discriminate against LGBTQ applicants (OYK), but only because the discriminating has been done elsewhere (Me).

We Are All Fake News
This is the real problem with Fake News legislation – we can’t regulate ‘deliberate online falsehoods’ in a world that has not one Truth, but many conflicting versions of the truth. While certain mundane facts like the route of bus 74 or the sugar content of a Milo packet can still be verified, you can’t say the same for things like discrimination, meritocracy, equality, free speech, or secularism.

Today, the world has produced too many different frameworks for understanding or interpreting the ‘reality’ around us. They, in turn, produce different, conflicting definitions. Anyone trying to ascertain the ‘truth’ about whether meritocracy ‘works’ or if caning is ‘barbarous’ will find only flawed perspectives rather than absolutes.

Right now, the government is considering the Select Committee’s report on deliberate online falsehoods. New powers to ‘counter and deter’ them should be expected in 2019 because it is considered an urgent problem, especially if a general election is called. Legislation is deemed a necessity because Fake News undermines Singapore’s social cohesion and therefore, our national security.

This is all well and good except it probably won’t work, because most of the issues that threaten Singapore’s all-important ‘social cohesion’ are not battles between Fact v. Fiction, but battles of ideology or worldview, where each party brings their own truths and facts.

The term ‘deliberate online falsehood’ supposes, in the best X-files tradition, that the truth is out there waiting to be found. But it’s not. Go looking and you will return more confused.

Take, for example, the question of ST’s objectivity. In a widely-shared FB post, Dr. Tommy Koh criticised ST for its pro-government bias because, among other problems, they did not publish his rebuttal to Minister Josephine Teo on Minimum wage.

ST journalists testily rebutted his accusation with arguments of their own. How could ST be biased when they also published Dr. Tommy Koh’s own op-ed on the exact subject?

Take, for example, the contested ‘fact’ that we own our HDB flats. The government’s fact-checking website ‘Factually’ says that 99-year leaseholds make you an owner because the lease gives you an owner’s right to rent, sell, renovate or bequeath.

Yet some would argue that ownership is not ownership unless it’s ownership-in-perpetuity. After all, owners of freehold property are also owners and their existence produces an uncomfortable paradox where some owners are clearly more equal than others.

Take, for example, the National Council of Churches of Singapore’s statement that homosexuality is not only harmful for the individual but for society as a whole.

Take, for example, my belief that the NCSS’s religious influences have no place in public policy.

I can go on, but you get the point. In each of these examples, there is neither falsehood nor truth. To speak of fake news or fact is beside the point when the parties are living in entirely separate realities. To a Christian pastor, homosexuality is necessarily harmful because the bible allegedly forbids it. As an atheist, I naturally cannot agree; because what is a ‘fact’ to a Christian is a ‘falsehood’ for sinners like me.

It is divisive and problematic. It is painful and deeply personal for everyone involved. It is also, however, a situation where the concept of ‘deliberate online falsehoods’ is completely and utterly useless.

No Right No Wrong
Last year, the Select Committee recommended more powers to deal with Fake News because Singapore’s diversity makes it particularly vulnerable. In its report, we are given many examples of the chaos wrought by Fake News, which has eroded faith in public institutions, undermined democracy, and threatened social cohesion/security.

Stories from the 2016 US election and the Brexit referendum appear often, as cautionary tales of the damage that Fake News could potentially do.

What the report fails to consider is that ‘Truths’ are equally divisive. It is not the Singapore Herald/States Times Review’s quarter-baked assertions that “LHL is a Lizard-man working for the Illuminati” that represent the greatest threat to Singapore’s social cohesion, but deeply-held beliefs that can neither be proven nor disproven. Beliefs like ‘homosexuality is harmful’ or ‘There is no more space for foreigners’ or ‘meritocracy doesn’t work’.

These beliefs cannot be repudiated because they are not ‘false’ or ‘true’. And yet, they are so deeply-held, that  they begin to acquire the authority of facts. When this happens, social harmony inevitably suffers. It suffers when we mistake argument for fact and try to pass off our ideologies as platonic truths.

After all, we can compromise on perspectives and opinions, but nobody compromises on a fact.

It threatens to undermine free speech and opens the door to censorship, but without addressing the biggest threat to social cohesion—ourselves. It empowers the government to define what is ‘Real v. Fake’ in a complex world where such categories not just irrelevant, but dangerous.

Call me Fake News if you wish, but I believe that tackling the perennial problem of social cohesion will require more than just a crude binary of Fake News v. Facts. It is not the outright lies or blatant falsehoods which threaten our security, but an increasingly complex world where right and wrong, true and false, are relative.

The idea that Fake News legislation could reduce its complexity and make Singapore whole again is, in my honest opinion, Fake News. 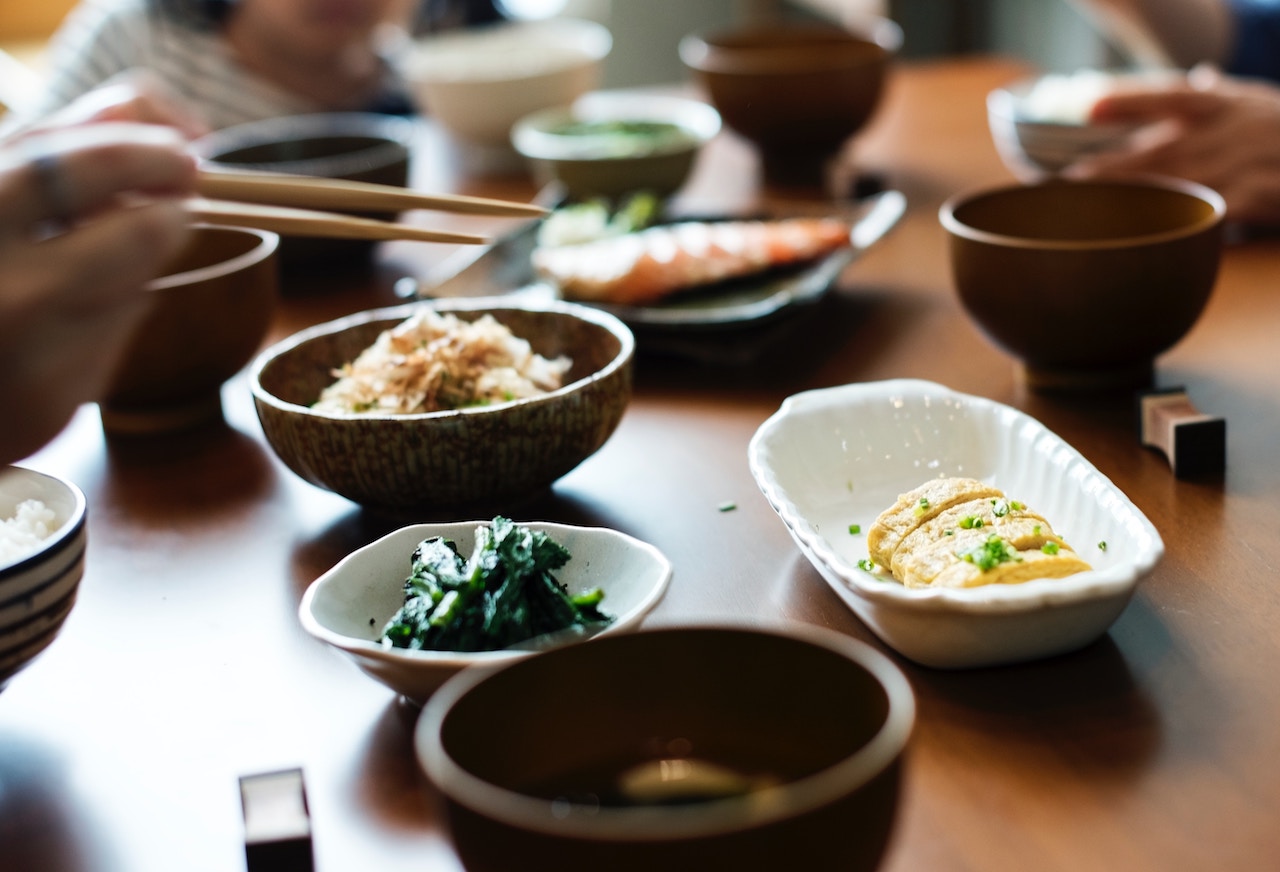