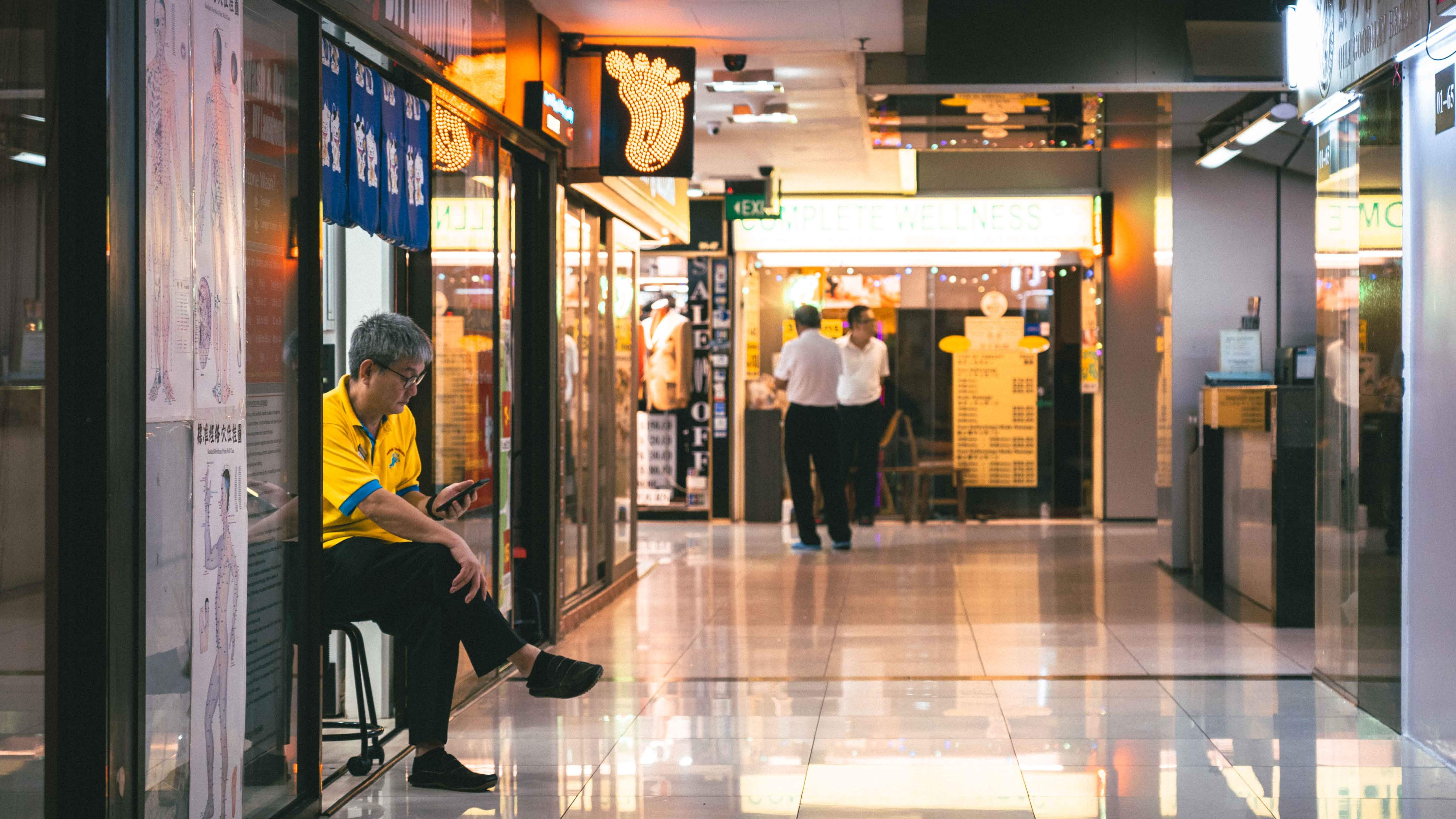 “What are you even going to do with a Gender Studies degree?”

Before I voiced my interest in Women’s and Gender Studies, life was much simpler. Psychology was, technically, a general, interdisciplinary major, but specialised enough for my parents to accept it. In Singapore’s cutthroat education system, the common alternative to a specialised degree is the highway; I was already halfway in the car.

With NUS’ recent move to merge two of their colleges, interdisciplinary learning is being increasingly recognised as the education of the future, equipping students with transferable skills across disciplines.

However, there is still a common sentiment that ‘specialisation’ in a singular discipline remains more important than the supposed ‘generalisation’ of learning across subjects. Moreover, being a rather new concept, there is potential for interdisciplinary learning to be misconstrued, leading to less students being likely to take up these broad-based courses.

Interdisciplinarity has been proven to transform uncut gems into polished diamonds capable of taking on the world. With the integration of interdisciplinarity, students become more involved in their learning. For instance, the collaboration between History and Social Studies may very well teach a student more about diverse cultures in a global society, encouraging them to become curious lifelong learners eager to apply their knowledge to their lived experiences of cultural differences.

Those who practise the principles of interdisciplinary study, such as critical thinking and effective problem-solving, have aided in opening new doors to the future.

Rather than being a touch-and-go, interdisciplinarity combines academic depth and rigour with connecting the dots to other areas of knowledge. Neuroscientists connect the natural science of biology to other disciplines such as mathematics and even linguistics to analyse impacts on the nervous system when facing neurological disorders.

As climate change threatens our future, the cross-referencing of disciplines such as commerce, the physical sciences, and even the social sciences in Environmental Studies can aid one in thinking of sustainable strategies to protect the environment. Feminist scholarship, adopted through the interdisciplinarity of Gender Studies, brings attention to deep-seated inequality and the forces that enable it.

Even though specialisation is often seen as that which gives students an edge, the practice of interdisciplinarity gives one even more of a leg up, honing a critical appreciation of the world around us.

With Covid-19 exposing the flaws in our current system, Singapore too has looked to interdisciplinarity to solve some of our most pressing problems. Heavily dependent on neighbouring countries for our food, our long-term food supply hangs in the balance. Tan Eng Chye, the President of NUS, has pointed out that national food production could be increased dramatically with more research in “urban farming, agritech and aquatech”, sectors that combine knowledge from the natural sciences with technology. In a post-Covid world, it is certain that we will continue using interdisciplinarity to spur us on.

The historical favouring of specialisation is not surprising. Singapore’s competitive education system breeds big fish. Naturally, students want to specialise in order to become the best in their fields. Following this logic, it doesn’t really make sense to have a wade in the pool of countless other disciplines.

Willard Libby won the Nobel Prize in Chemistry in 1960. His discovery of radiocarbon dating, a method used to determine the age of an object containing carbon—like a fossil—revolutionized the studies of Archaeology and Paleontology. Libby’s work as a chemist transformed our knowledge of history, allowing us to discover, through material culture, what life may have been like millions of years ago.

The application of Chemistry to branches of History is a far cry from what we would expect of interdisciplinarity. Still, radiocarbon dating has proven to be essential to our understanding of natural history, and continues to be utilised. Advancing our knowledge of the world around us has been assisted by the use of interdisciplinarity by scholars and researchers. It sustains us in expanding our parameters of comprehension. Equipped with the empirical nature of the natural sciences as well as the quantitative humanities, a consolidation of methods encourages one to be a creative thinker and flexible problem-solver, just like Libby. So as idealistic as it may seem, the high bar of today will definitely produce the thinkers of tomorrow.

While universities experiment with these new educational ideas, other tertiary institutions should also begin shifting their focus towards interdisciplinary learning to create well-adjusted young adults.

Although schools in Singapore offer a variety of qualifications, the GCE A-Levels and the polytechnic diploma are the two main courses in the mainstream higher education system. Yet they still leave much to be desired in terms of interdisciplinarity.

It is understandable that the degree of interdisciplinary learning in polytechnic is largely dependent on one’s course of choice. To generalise, polytechnic education focuses more on the requirements of the specific course over an extended period of time rather than across different courses.

The A-Levels do stand a chance at becoming a truly interdisciplinary course, with most students being separated into the Arts or Science streams. Within these streams, one might draw connections between their subjects of choice, which are often closely related. Still, this system has unfortunately failed in encouraging interdisciplinarity within its students—with most feeling that it is “too rigid” and that each subject is taught as a standalone discipline. Even with the introduction of ‘hybrid’ subject combinations in some junior colleges, some feel that its breadth across the humanities and sciences eventually disadvantage students.

As a student with the privilege (and the curse) of being in the International Baccalaureate (IB) system, I have experienced forms of interdisciplinarity interspersed throughout my learning. In Theory of Knowledge, part of the IB core curriculum, common ideas across subjects are addressed as extensions of knowledge. It is what the IB uses to market interdisciplinarity, and, despite its flaws, it seems to enrich its students with a better understanding of their academics.

Interdisciplinarity shouldn’t be elite and exclusive. Exposure to interdisciplinary learning should become a core value of the Singaporean education system, across the board.

Courses should make interdisciplinary learning a more viable option at the tertiary level.  Students from all educational backgrounds should be given the opportunity to be equipped with skills that allow them to improvise, adapt, and overcome. We need space to discover that everything is interconnected in one way or another. Breaking our preconceived boundaries of individualism supports efforts in advancing research and development for the collective benefit of humankind.

Outside of academia, the current relevance of interdisciplinarity can be easily found in the event shaping 2020 and beyond: Covid-19, and in particular, its toll on the worldwide economy.

Interdisciplinary learning is pivotal to helping people adapt to a pandemic-stricken world. As workers face retrenchment and increased competition for jobs, getting back into one’s old career is not an easy task for many. On the bright side, the pandemic has allowed those unemployed or considering switching jobs to build up transferable skills. Highly subsidised frameworks such as SkillsFuture encourage workers to upskill. The pace of change in the world today almost requires us to become adaptable to any situation, traits which interdisciplinarity encourages.

Additionally, as a student who may enter an unstable job market, the responsiveness to change gained through interdisciplinary learning could help us react to an ever-changing world. The nature of jobs are also evolving: With a simultaneous growing demand for tech-trained workers and in the gig economy or the arts sector, the parameter of what a “job” is isn’t as clear. As a result, the optimistic and versatile attitudes adopted in interdisciplinarity are essential when considering the futures of careers.

If we want to make meaningful changes to the world, interdisciplinarity should be our way of keeping up with the times. And if we really want it to be the education of tomorrow, we need to start promoting it to the generation who is going to shape the future. 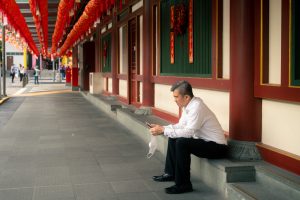 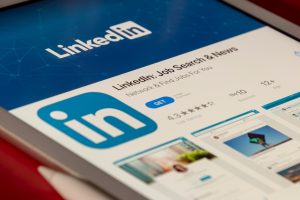 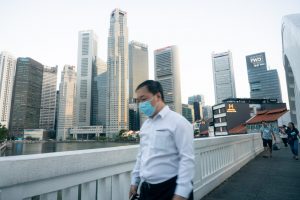 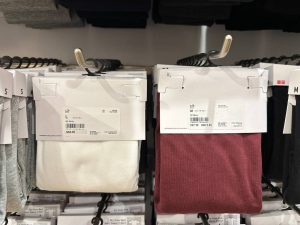