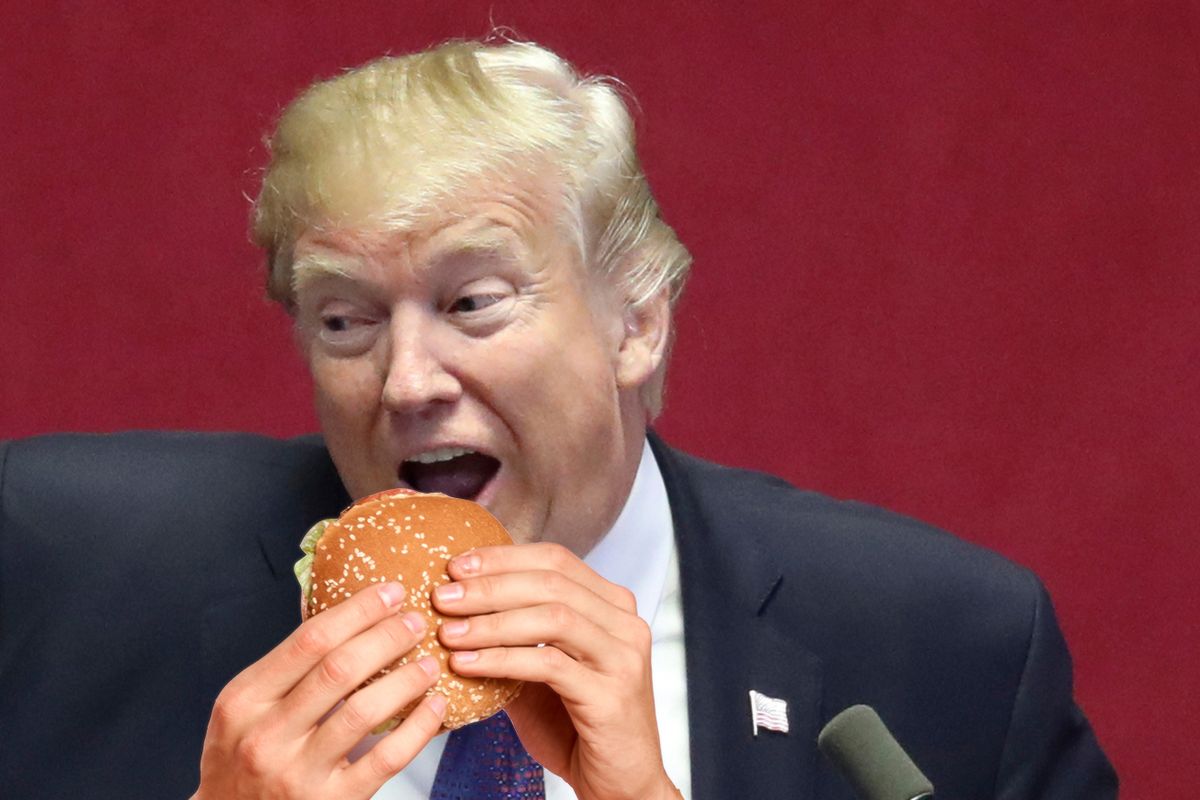 Image credit: Eater
After seeing President Trump’s untouched lunch at the Istana, journalist Jeremy M. Foo realised the truth: Singapore was only chosen for the Trump-Kim peace summit because it had all-day McGriddles.

He came to this insight after seeing a McDelivery rider speeding along Orchard road.

“Don’t you see? It makes perfect sense!” he shouted, gesticulating wildly to his colleagues, “Trump loves McDonald’s and all-day McGriddles was launched just days before the summit!”

Addressing the mind-blown public, Mr. Foo argued that the timing was ‘just too perfect’ to be a coincidence. He also gave additional reasons to support his hypothesis, including the beloved hotcake-burger’s ‘limited geographical distribution’, Trump’s long-term addiction to fast food, and its unusual 24/7 availability.

“Security was never an issue, he just wanted to eat McGriddles all-day,” he concluded.

Speaking on the phone, a US State Department spokesperson denied that Singapore was chosen because of its McDelivery service. However, she conceded that McGriddles were indeed ‘very delicious’ and they might have ‘played a part in the selection process’.