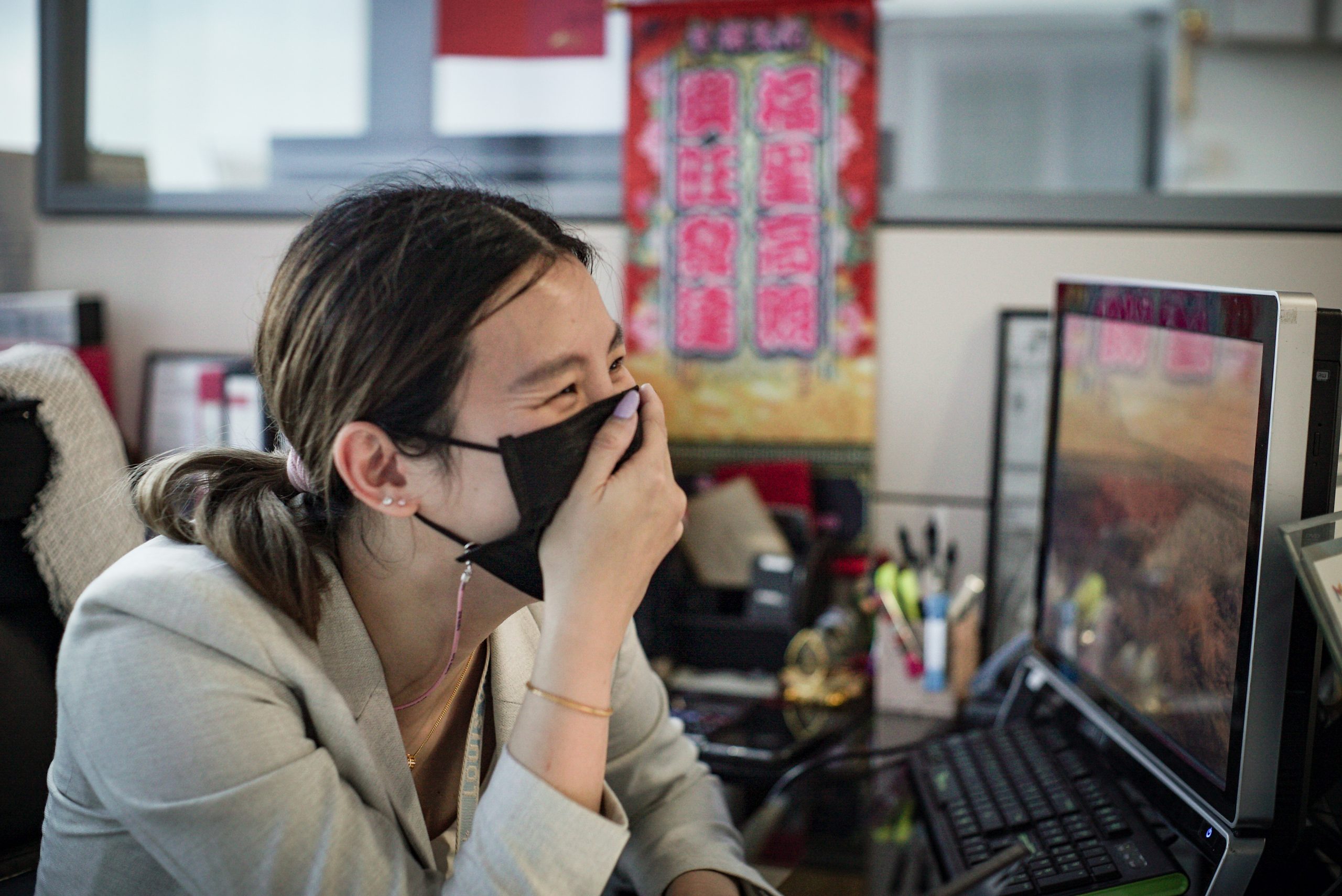 On September 21, 2021—a live-streamed video of local politician Lim Tean being harangued by debt collectors from SDCS Holdings went viral. The host of the live stream asserted that he was acting on principle. The value of unpaid debt is irrelevant, he argued. You pay what you owe or you reap what you sow.

After several minutes of shouting and door slamming, the debt collectors proudly left with a check for $4,905. Online, the conversation heated up. Many questioned the legality of live streaming a debt collection, and some wondered if the collectors depicted in the video were anything more than glorified ah longs.

It’s a gray area for sure—on the one hand, I wonder if we should be grateful for the legal debt collectors? Given that illegal loan sharks are known to use more unsavoury techniques than live streaming to recover a debt, perhaps this is the happy medium.

But on the flip side, it comes across as inhumane to harass debtors during a global pandemic. Many businesses and sectors have cratered or failed to pivot in the new normal—leaving honest, hard-working people with large debts and no livelihood.

At publishing time, the video of Lim Tean’s debt collection is no longer available to watch in full on the SDCS Facebook page. On Google, the company has accrued some brutal reviews from their clients: “This is a group of ah longs and hooligans fronting as a company.”

I grew curious when I watched a press reel on their website. In recent years, their spokesperson is Yvonne Ho—the 30-year-old wife of the SDCS founder, and the girl boss of debt collecting. In a profile by HER World in 2015, Yvonne is described as “The girl next door who shatters the stereotype of boorish debt collectors with her youthful mien.”

TLDR; in morbid curiosity, I met with the girl boss behind the debt collection agency who roasted Lim Tean live on Facebook.

A debt palace in the sky

In a nondescript high-rise in Jurong, I’m ushered into the SDCS headquarters. The first thing I notice is the framed testimonials. There’s one wall by the entrance which is plastered from floor to ceiling in reviews. Some are written on company letterheads, but most are printed emails and screenshots.

The office is small and segmented into cubicles. One large area is outfitted with weight lifting equipment. While we wait for Yvonne to finish up a phone call, I peruse the reviews on the wall. Most of them speak to the ‘good character’ of the debt collectors and the integrity of Yvonne’s work.

Good character and integrity are important qualities for Yvonne. Her main message, when speaking with the media, is that debt collectors are not ah longs. They’re in the business of justice.

When she waves us over to her cubicle, I’m struck by how young she looks. She’s almost demure behind her mask.

That changes when she speaks.

Yvonne is no shrinking wallflower. She talks with a no-nonsense attitude. Her cadence is pithy and her words are sharp. Though she’s personable, talking to her sort of feels like getting scolded. When I sit down at her glossy, black marble desk—covered in more framed email—she reiterates the righteousness in debt collection.

“We’re there to negotiate as a third party. There’s usually a reason a debtor will not pay—there might be a dispute or some unresolved issues. So we try to be on the debtors’ side as well. Some other agencies just harass, but we like to consider both sides.”

Yvonne divulges she’s even helped jobless debtors to secure work with her other clients and start the repayment process. When I ask for a specific example of this she is cagey, but the HER World article states that Yvonne herself hired one of her debtors to work at SDCS.

I’ll admit—Yvonne’s operations are impressive. The office is remarkably professional by industry standards. Her phone rings off the hook. The files are color coordinated and organised by region. She recites the company mission with conviction. Plus, SDCS is a family business: she’s inherited the operations from her husband who is 18 years her senior, and hopes that one day, one of her three daughters will take the wheel.

But I can’t shake the feeling that there is something distasteful about this line of work. Supposing that Yvonne’s (admittedly robust) operation is the best of the best, it’s depressing to think Yvonne’s ‘compassionate’ approach to debt collection is a rarity in the industry.

The legitness of Yvonne’s office is like putting lipstick on a pig.

Her collectors are still imposing. They hulk about the office with smiles, but I’m told the workout equipment is there so they can bulk up to defend themselves if necessary. When her officers go ‘outfield’ to collect a debt, she equips them with body cameras and never sends anyone alone. There’s a lot of abuse to cop on the clock.

Girlbossing too close to the sun

Yvonne is a compelling profile because she’s an anomaly. When one thinks of a debt collector, a young woman of small stature doesn’t come to mind. To her credit, I can imagine that Yvonne is formidable when she’s outfield and on the job. In actuality, she’s no less intimidating than her male counterparts—she’s just a curveball.

Further, it’s her femininity that she leans into when discussing the future prospects of SDCS. As far as she knows, Yvonne is the first female director of a debt collection agency in Singapore. In her opinion, women can bring something that men can’t into the industry—humanity.

“We can talk nicely. Especially with female debtors, who are often intimidated by men. They prefer to talk to us. Because we are a third party, being nice helps us to mediate. We’re not just showing up at a debtor’s house to scare them. If we purely demand payment it rarely works. There’s always a negotiation.”

I notice Yvonne’s diplomacy when we’re speaking. She’s adept at dodging uncomfortable questions, due to her prior media encounters. Before I met with her at the office, she declined to speak about SDCS’s Facebook Livestreaming. But when I ask about it again in person, she opens up slightly.

“It’s ordinary for businesses to carry out live streams to promote their services and products. There’s no such situation where we’d decide whether or not to do a livestream video. It’s a spontaneous decision made by the debt collector.”

She concedes the Lim Tean saga drew lots of attention towards SDCS on social media. At this point, I wonder if our unique algorithms have separated us like the two Korea’s—because her view of the response was overwhelmingly positive, whilst all I saw was outrage and indignation.

At this point, I read a few of the negative comments to Yvonne. She swipes them away with a gesture to the framed glowing reviews on her desk.

“Sometimes our rivals and unsatisfied customers play tricks on us by leaving comments and writing negative reviews. But we have more compliments than complaints. Our success rate is over 85%.”

To Doxx or not to Doxx?

The central question surrounding the Lim Tean live stream saga was the legality of filming a debt collection. Was it doxxing? Technically, no, since Tean is a public figure. But I’d guess there was some hiccup behind the scenes, as Yvonne is reluctant to name him or the event directly.

Recording a person without their consent with the intention to torment can be considered harassment, which is illegal. Note the distinction Yvonne made earlier: the subjects of the SDCS live streams are chosen at random and are filmed for SDCS to promote their services, and the recordings are not (in their view) made to shame debtors.

I’m not sure what to believe when it comes to SDCS’s intentions. A few years back, Yvonne proudly stated on camera that part of their work is to “use a lot of mental pressure to torture” the debtors. In fact, the video is the pinned post on their Facebook page. This contradicts what she tells me in person: that SDCS would never intentionally humiliate a debtor for not paying.

The softer side of Singapore’s girlboss debt collector

I don’t believe Yvonne is a cruel person, nor do I think there’s no place for her line of work in our society. Throughout our conversation, she’s adamant there’s a need for her services in Singapore. For example, when small claims judgments are ignored or delayed indefinitely, how else can SMEs recover the ‘minor’ sums of money which make a difference to their bottom line?

Of course, this is a hopeful projection of the ideal circumstances where debt collection is necessary. Though SDCS claims to be a neutral party between the debtor and the creditor, logically that’s impossible—seeing as their services are engaged at will by the creditor and the debtor cannot opt out of the ‘negotiations’.

In reference to the industry at large, Yvonne admits there is much “conning, scamming, and cheating.” She points out that in order to become a debt collector, the interested party just needs to register the business with ACRA to open shop—a straightforward, simple process. To compare this with a similar (ish) industry, to operate legally, licensed money lenders must comply with oversight from the MAS.

According to Yvonne, SDCS has been engaged on more than one occasion to recover money from competing debt collection agencies. She says her competition often withholds money from their clients, or slaps them with large service fees through numerous bank transfers.

This is why she has declined to associate her company with Credit Collection Association of Singapore—a coalition of debt collectors who have outlined a code of conduct. In her view, the competition is too shady to be lumped with under any circumstances. Her attitude is more ‘ownself regulate ownself’, I suppose.

Yvonne also believes there is a right and wrong way to handle one’s finances. She learned this lesson in her childhood, when her father turned to gambling to pay off some debts, which ballooned to over S$40,000, incurred the wrath of many debt collectors, and ended her parents’ marriage.

She stopped attending school at 14 to pay down her father’s debt, and her first job was a clerical position at SDCS. Yes, the company she’s now in charge of. Her brush with debt ended with a blessing: she met her husband through work, and has three young daughters with him.

She’s close with her kids. Financial health is a lesson they’re learning from Yvonne and her husband on a daily basis. They’re proud of their mother’s work ethic and success. Her eldest is paying attention to Yvonne’s duties, and hopes one day she’ll play an active role in the company.

I asked Yvonne if she’d ever taken one of her daughters ‘outfield’ to a collection; you know, to get a real sense of what the job entails. RICE will be accompanying her collectors soon for a video feature.

“Oh no. I wouldn’t want them to see that,” she replied. 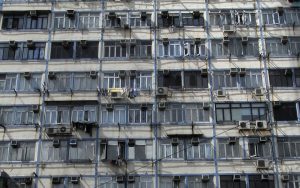 An underground industry that targets the city’s neediest.