Does this Racist Dating App Reflect Who We Really Are? 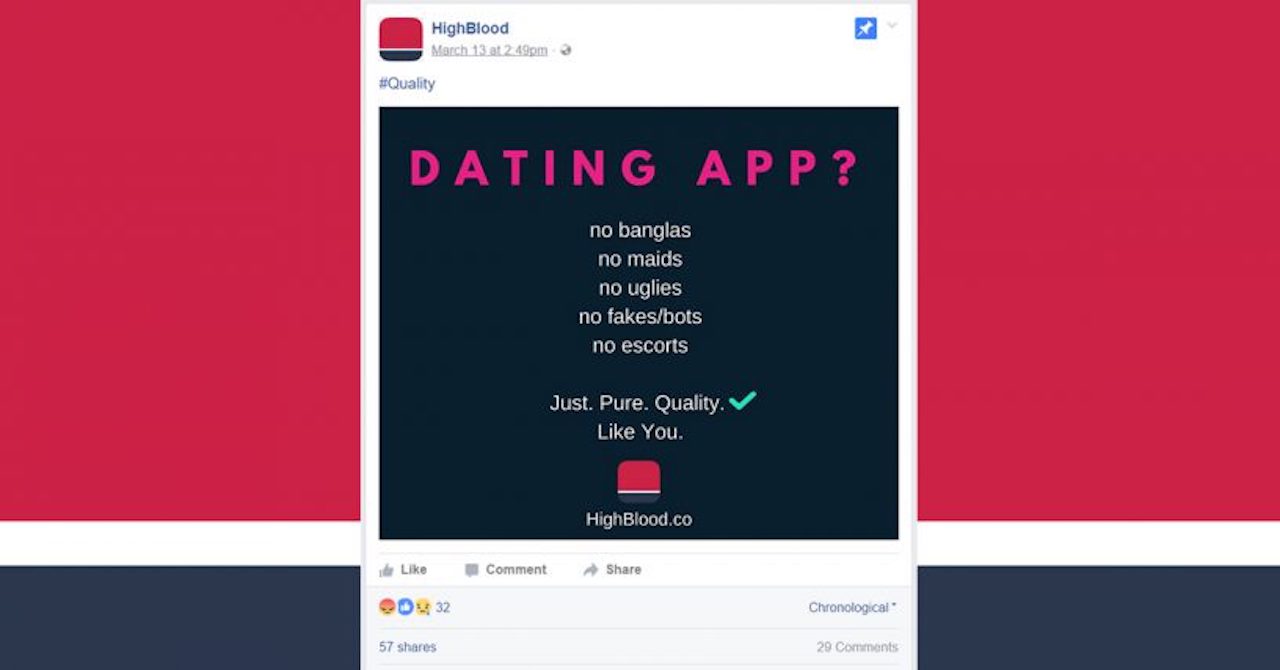 Before we plunge into this, ask yourself very honestly, “If you saw a construction worker or a domestic helper on Tinder, would you swipe right?”

This isn’t to say that HighBlood, the elitist, xenophobic dating app (that we can’t yet prove to be real) is in any way acceptable. At the same time, we can’t help but ask, are the sentiments expressed in a recent marketing post that we found so offensive really so unfamiliar?

Or does this simply articulate what a large proportion of Singaporean society already operates on?

Right as this piece of commentary was being written, the founder of HighBlood, Herbert Eng, responded to the backlash the above advertisement received. He stated that there is “a certain racial preference when it comes to dating—we are merely responding to honest (however politically incorrect) feedback respondents have given us when we asked them what they find insufferable in dating apps.

Of course, we have no idea who he surveyed or what exactly he asked them. But would it really be so surprising if, for every outraged Facebook comment disparaging this, there are in fact 2 or 3 people who believe that this is in fact how things should work?

After all, exclusive platforms are nothing new. In many cases, they thrive on some form of passive prejudice, whether it’s the racial dimension of Clan Associations or the elitist tendencies of something like CRIB.

All HighBlood has really done is given a voice to emotions not commonly disclosed in public. The social media echo chamber is real, and just because we (and our circles) don’t like what HighBlood is saying, doesn’t mean there isn’t actually a market for it.

So where does that leave us?

Louis CK once joked in a standup routine, “If you really feel so sorry for these guys, why don’t you just go pick one of ‘em and fuck ‘em? Nah? I didn’t think so!”

Hence, it’s a question worth pondering when Eng goes on to ask if dating preferences make you racist.

Unlike workplace discrimination, racial dating preferences generally don’t hurt or disadvantage anyone. And if it doesn’t, then is it really worth the condemnation?

After all, “I don’t want to date Chinese people” isn’t the same as “All Chinese people should die” or “I have no respect for Chinese people.” It can mean these things but it usually doesn’t; many of us date the way we do because of circumstances and the circles that we move in. The fact that your boyfriend happens to share your ethnicity doesn’t make you racist against others who don’t.

Hence, as one commenter pointed out, all this app really does is provide a platform for all the people who would date this way anyway.

HighBlood’s problem is that it’s built on really bad taste. Yet it forces us to confront the class divides that exist in Singapore, and how many still feel about work permit holders.

Today, the wheels of Singapore’s success are oiled by their blood and sweat. Yet domestic helpers still get abused, and construction workers are still grossly underpaid. One can argue that what they make is still loads more than what they would get back home. But this begs the question, “Would you do the same work for the same amount of money?”

In essence, Eng kind of has a point when he says that HighBlood’s approach is driven more by an occupational preference rather than a racial one. In Singapore, class divides are still a big thing, and whatever the varying definitions of what constitutes high or low class, many still refuse to associate themselves with people they consider beneath them.

From women who won’t date men who don’t drive to men who refuse to sit next to foreign workers on public transport, this is the reality we live in.

So the thing is, we should really be taking this episode as a timely reminder to look inwards and question our prejudices. No one might be talking about HighBlood anymore in a month or two, but our inner biases will still exist.

Let’s start dealing with those instead. 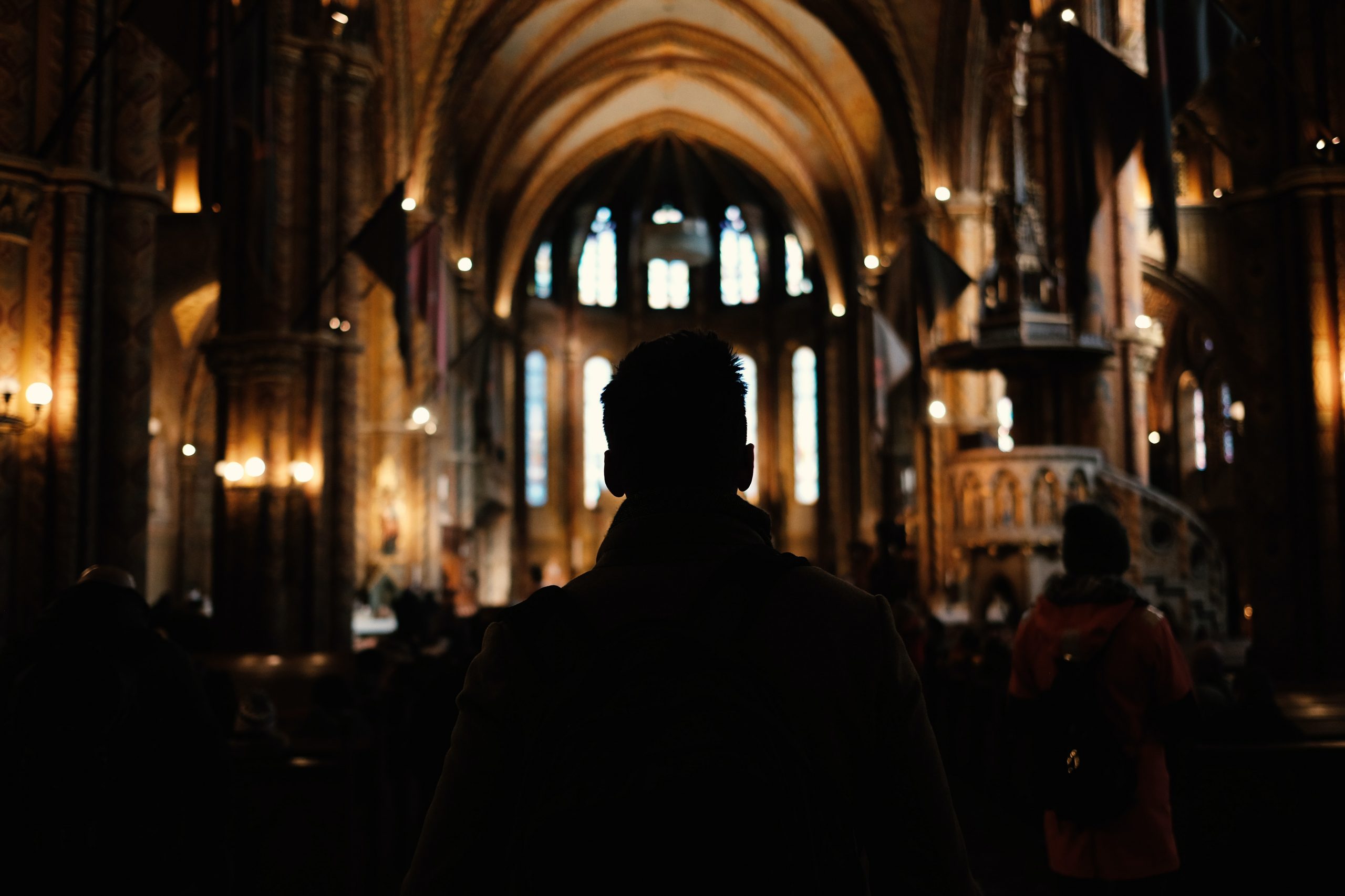 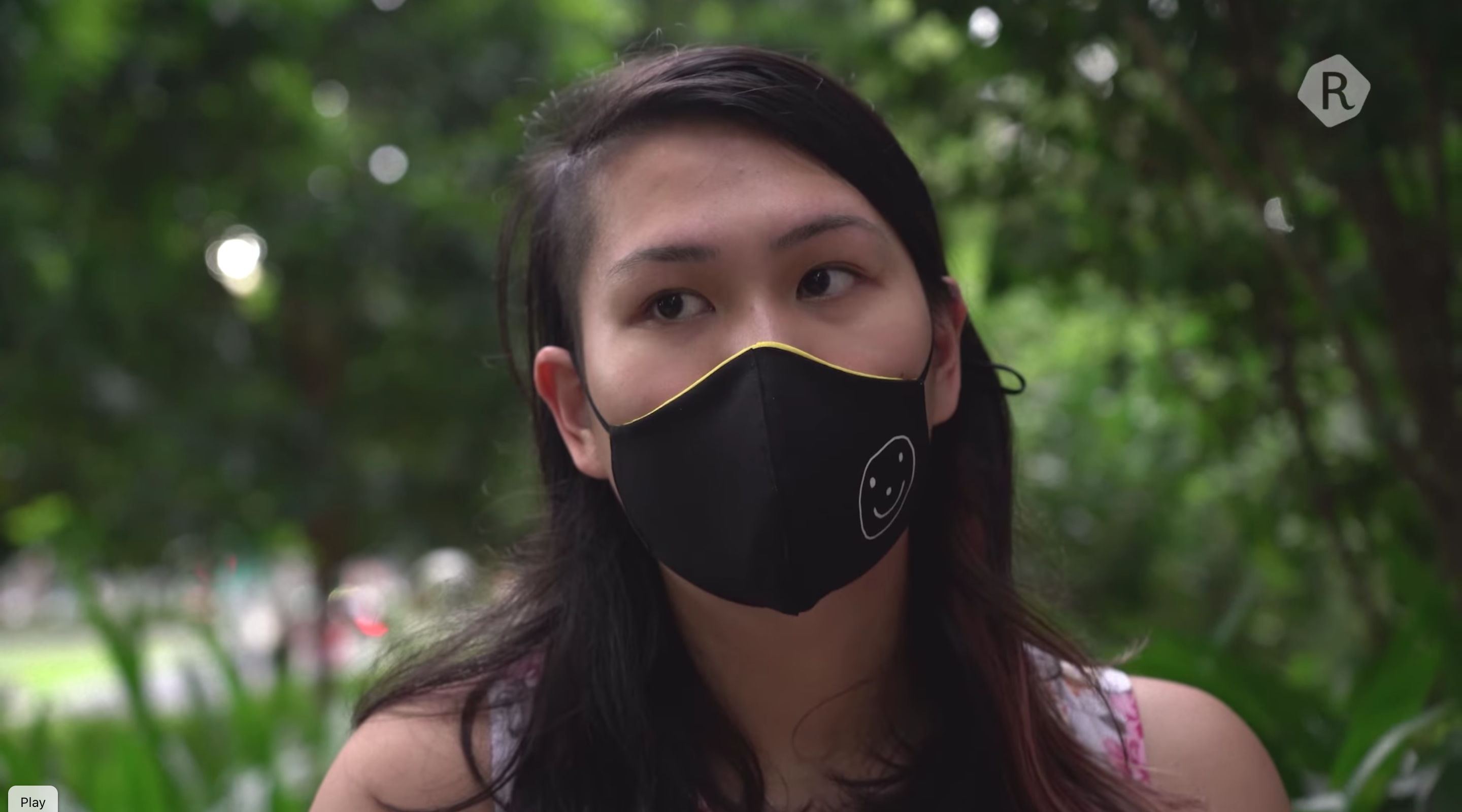 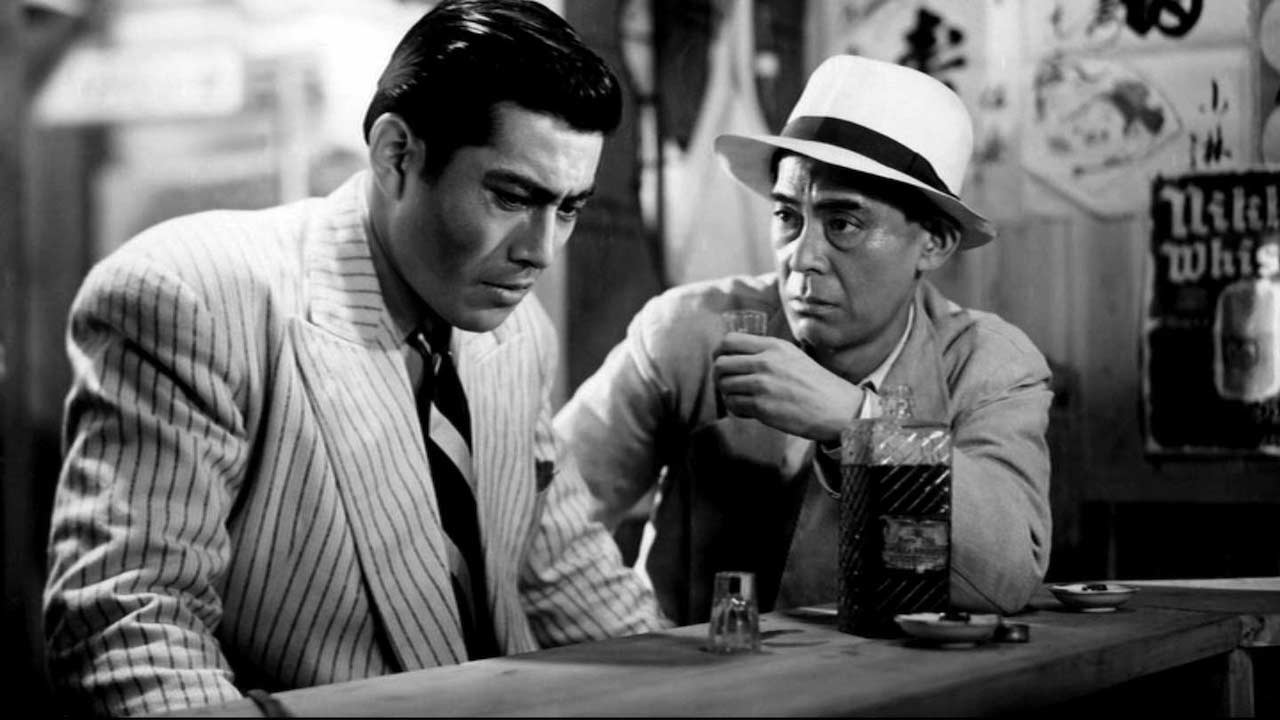 What Do We Talk About When Everything is 'Fine'?