3 Ways To Respond to Authority, According to a Fierce (but Resigned) Hougang Uncle 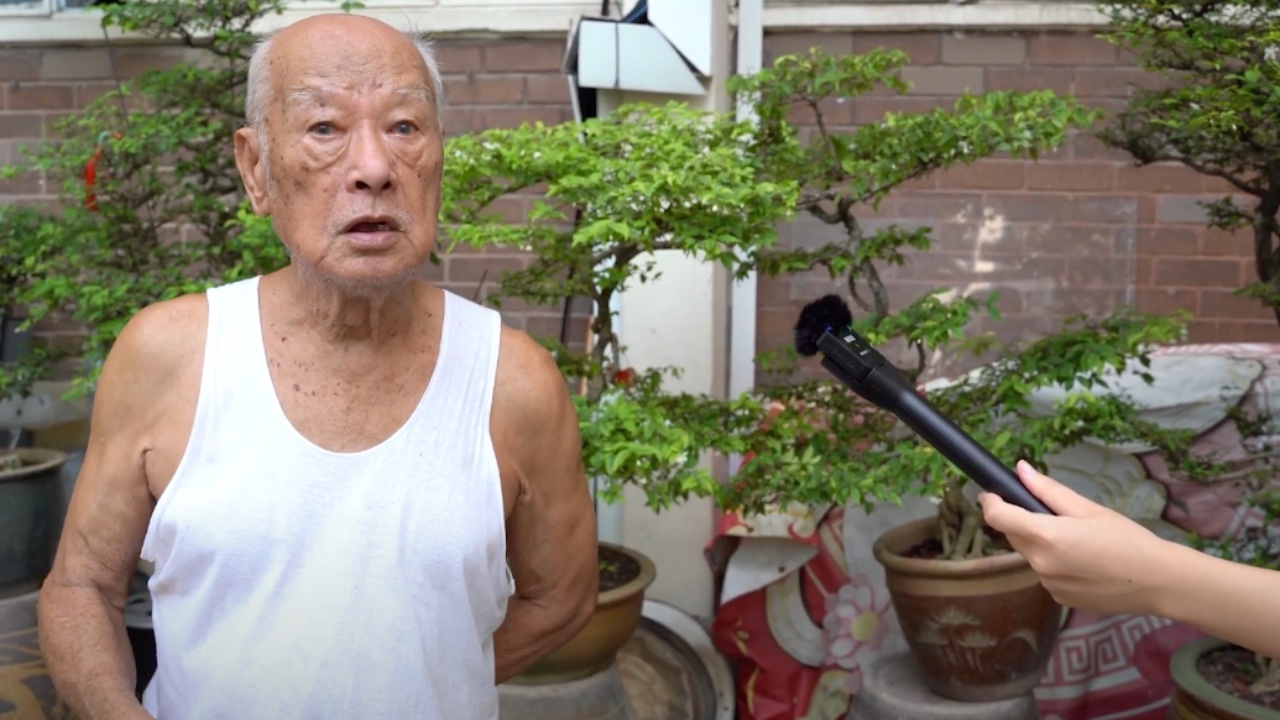 A Hougang uncle was left in the metaphorical weeds when the governing Aljunied-Hougang Town Council told him to remove his plants. Enormous potted plants line the public walkway—a makeshift botanical garden right in the heartlands, if you will.

His grievances were aired in a video interview by a local Youtube channel, Turf Wars. The video investigates whether public facilities are indeed more run-down in opposition strongholds. It concludes that residents felt that opposition wards are neatly managed.

In fact, so neatly managed that enormous potted plants along a public walkway were asked to be removed. Unsurprisingly, the uncle was upset with the town council’s marching orders. He planted his best foot forward, rooted to the same soil he was told to vacate.

“I gave them three options,” he declares on camera in Mandarin, with the same gusto as Patrick Henry’s “Give me liberty, or give me death”.

The Hougang uncle’s rebellion is a slightly muted declaration, but the energy is all the same. How dare they ask him to remove the potted plants he lovingly cultivated? Within a minute, Hougang uncle moves from denial, anger, and bargaining to “ok lor I’ll just remove them”—a quintessential Singaporean pattern of resignation.

Even though the Hougang uncle did eventually offer to remove his plants and accede to the town council’s request, one can’t help but feel that the uncle came out of this battle the victor. Even if uncle had to pack up his plants, at least it was one of his choices.

Technically, the town council conceded to his challenge. But the options offered by uncle are a (hilarious) reflection of how the rest of us react when the rulebook gets thrown down.

Go back to the basics. Reprimand a primary school student for making too much noise and you get an almost instinctual response: “But other people were making noise as well.” The uncle’s first step embodies this essence. And it’s effective.

“Walk around here. You don’t have to walk too far. Why other people can? Why I cannot?” he rattles off, hands behind his back. His potted plants stand in support of his bold argument. After all, their lives are on the line.

I get why the town council had to step in. Excessive potted plants can be potential dengue mosquito breeding spots. A public walkway lined with pots and plant racks can obstruct the path of residents, visitors and emergency services. Maybe the uncle knew that.

But he definitely knows that people love a good underdog story—thus the threat of involving media publicity. And there’s no better underdog for Singapore than an uncle who is not allowed to keep his collection of carefully cultivated plants. His neighbours can do it. Why can’t he? Unfairness grinds everyone’s gears.

And when those gears get going, reason can wait. Tug at the heartstrings, and the tussle is half-won. Let the man keep his plants; I hear people protest. Never mind the inconvenience. The plants are his friends.

The next step is crucial. Show that two can play this game of bureaucracy and administration. You’re willing to go to great lengths to get what you want. “You fine me ah. I sue you. See you in court,” Hougang uncle nonchalantly proclaims.

He throws the gauntlet. The ball is now in the court of the powers that be. Whether there’s a precedent in some obscure book that will allow the man to keep his plants is not important—I believe there isn’t. The uncle is obliged to remove the plants. He knows he can’t win if he goes to court.

But that’s not the point. The underlying message is that he intends to be a pain for unsuspecting civil servants. The depths of his dedication know no boundaries. He can be a Karen if he wants to be.

The takeaway from this option: Even in a losing battle, don’t go down without a fight. You might be wrong, but at least you’re wholeheartedly and annoyingly wrong. You’re so convinced in your wrongness that people might actually think you’re right. You might be mistaken, but people must respect your commitment to the bit.

Concede—not because you have to, but because you want to. After displaying your extensive knowledge of bureaucratic avenues, relent and do what you were asked to do.

Let’s be honest. You can’t afford that lawsuit. You don’t have the time. And those lawyer fees after your inevitable loss? Hope you planted some vegetables as well; you’ll have to live on them for a while.

“I remove. Sua la. Anyway, it’s just a casual hobby,” he says begrudgingly. He had them in the first half, casual observers would say. But that was his strategy all along. Three deft steps to stir public sentiment and sympathy.

Like the plants that sway in the background, the power dynamics have now changed; Hougang uncle removes his plants not in surrender but in an act of divine mercy. After all, Hougang uncle is an upstanding citizen; he will find something else to do with his time.

Lose your plants in the battle, win public support in the war. A big-picture play succeeds.

The point goes to Hougang uncle.

The plants might have to go, but the truth remains. Hougang uncle always wins.

If you haven’t already, follow RICE on Instagram, TikTok, Facebook, and Telegram. If you have a lead for a story, feedback on our work, or just want to say hi, you can also email the writer at hykel@ricemedia.co or at community@ricemedia.co.