Indian lead in a Korean drama? Why not? 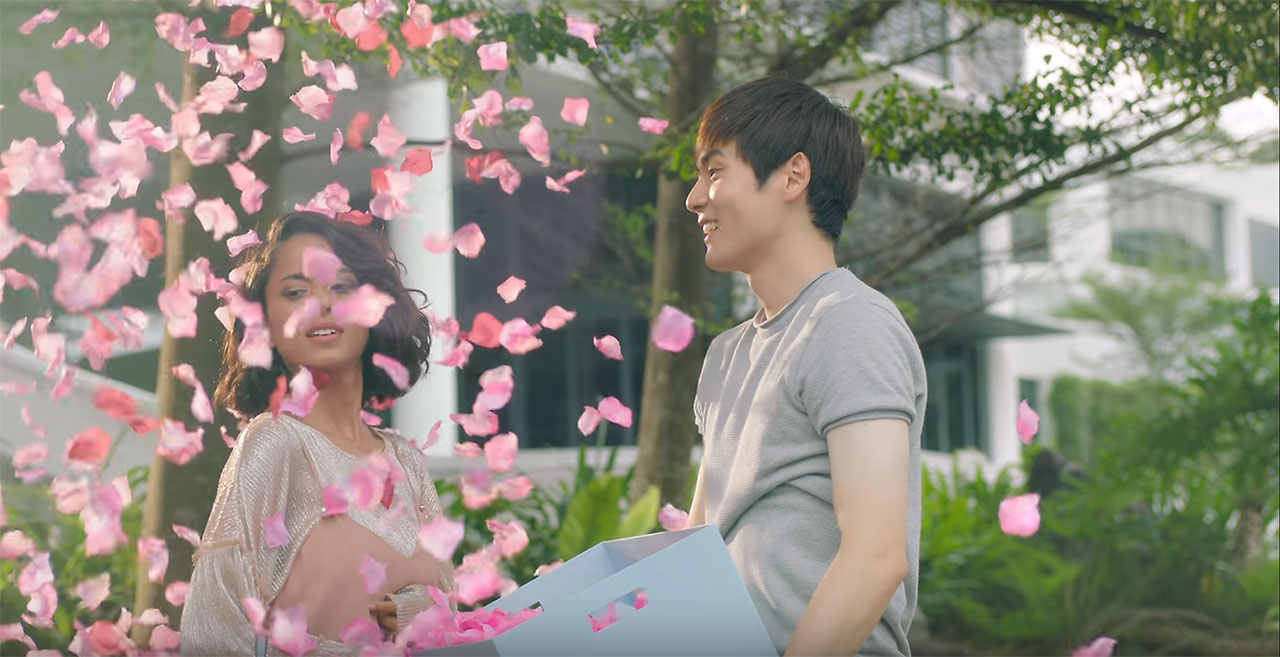 Laneige’s latest promotional video seems to have hit all the right notes for a sweet advertisement that imitates a typical Korean drama.

As a cute university student chases his one true love in slightly awkward fashion, engaging in overly dramatic displays of affection in slow-motion, he’s accompanied by an upbeat and endearing soundtrack. But beyond the entertaining story and hilarious acting is a more subtle touch of progressiveness.

The female lead (Trishna Goklani) whom the Korean actor woos in the video is Indian.

She is seen putting on Laneige’s products in her room while watching a Korean drama, captivating her pursuer as he stares at his crush dreamily. In a beauty industry that primarily favours fairer-skinned models as the face of their products, this is surely regarded as a bold move. Even more staggering is how Korean brands have traditionally featured models from their native country, which still harbours a largely homogenous society that somewhat resents inter-racial marriage.

Yet Trishna’s appearance in the ad has neither fazed nor surprised most viewers. From the comments on Facebook, most just seem to be delighted by a simple yet gratifying love story. Those who do acknowledge the actress’s presence only praise her beauty and the on-screen chemistry.

There is little to zero mention of Trishna’s ethnicity, and no one seemed visibly triggered by the portrayal of an inter-racial couple.

This is perhaps the breakthrough that we need when it comes to fostering a greater national identity in multi-racial Singapore. If an interracial relationship can be the face of a Korean cosmetics brand without warranting oohs and aahs, then it suggests that we have the capacity to be race-blind; to transcend the racial identity that continues to distinguish us as individual Singaporeans on our identity cards.

If Laneige is aiming to position itself as an inclusive brand, then it should be thrilled to know that its advertisement has managed to shift Singapore’s race conversation forward without the R-word even being mentioned.

Unfortunately, entrenched stereotypes still remain a major obstacle to racial inclusiveness in Asia. Watsons Malaysia proved that with its disastrous Hari Raya advertisement in June, featuring a “blackface” actress who “washes off” her dark face to become “beautiful”. Needless to say, the video drew flak for being sexist and racist, and was taken down shortly after launch.

Meanwhile in Singapore, even national broadcaster Mediacorp has been guilty of committing the cardinal sin of racial insensitivity.

In an episode of the Chinese-language drama series I Want to be a Star on Toggle, which aired last year, actor Chew Chor Meng said Indians and Africans were “the same”. Co-star Shane Pow later appeared in the same episode as a character with an Afro wig and donning blackface.

For breaching the Video-On-Demand Programme Code, the Infocomm Media Development Authority (IMDA) slapped the broadcaster with a $5,500 fine.

In another instance of broadcasting racially insensitive content, a Night Owl Cinematics make-up video equated a darker shade of make-up to an ethnicity that is predominantly darker-skinned.

As one Reddit user puts it, “we … partake in casual racism with our friends so frequently that we have no second thoughts of it. in fact, the video is an accurate depiction of us.”

The new Laneige commercial, on the other hand, is an example of the promise that Singapore’s values espouse: that we are able to move beyond tolerance to not even see race at all.

So, Indian lead in a Korean drama? Why not?