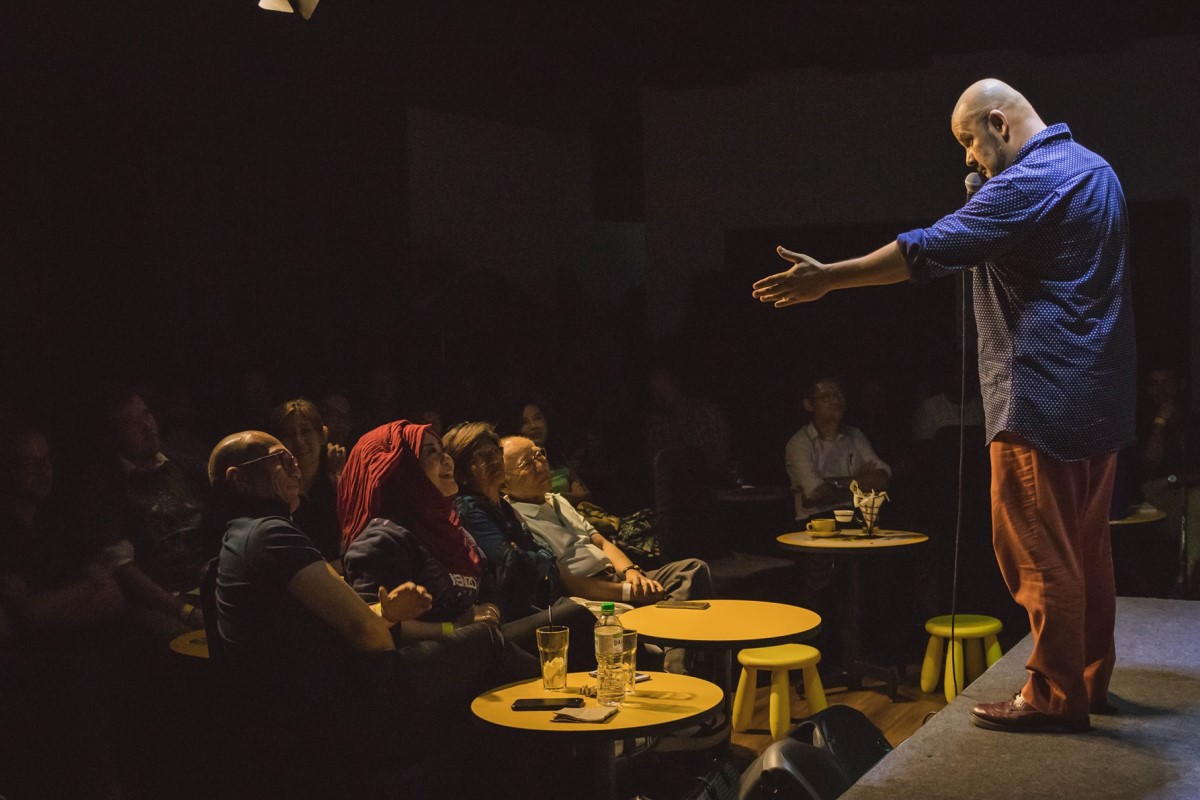 What happened next was a chain of events that will go down in the history of pop culture as Will Smith strode up on stage and slapped Rock across the face in front of a stunned audience. Smith later said he was defending his wife’s honour. Both Smith and Rock were criticised following the incident, and Smith received a 10-year Oscars ban for the slap.

Since then, everyone who is anyone has voiced their opinion on the event. I have no intention to add to the cacophony of voices because, frankly, the news cycle has moved on. Even so, it would be a missed opportunity if the incident did not spark a broader conversation—specifically how comedians can thrive in an era where jokes are now under scrutiny.

When you think about it, comedy is very simple. Someone tells a joke, and another person laughs. Except comedians will tell you it’s anything but simple.

Harith Iskander finds the word ‘joke’ problematic. “People think by calling it a ‘joke,’ you are making fun of the situation. But stand-up comedians don’t tell jokes—they tell what I call ‘bits’ or social commentary.”

The intent of comedy

At 55, Harith is regarded as the ‘Godfather’ of Malaysian stand-up comedy. He’s been working the comedy circuit since 1990. Good comedy, he stresses, is about “shining a light on a situation, not making fun of it, recognising that it can be uncomfortable and getting people to be aware of it.”

Which is to say, intent matters. Comedians are constantly asking themselves: what do I want the joke to achieve? Who or what am I mocking? What is the truth I’m telling?

For Sam See, a Singaporean comedian, it all boils down to: is it funny? “My job as a comedian is to come up with things that I find funny. I then do everything in my power to make it as polished as possible.” As one of the few openly gay comedians in this part of the world, the 29-year-old tackles subject matters such as queer topics—mainly to inform a non-queer audience. To make them think.

It’s what another local comic, Rishi Budhrani, also intends for his comedy. “Some of my material is silly, but some of it, I do feel, is important.” For the 37-year-old, a good comic reflects the times they live.

“Eddie Murphy’s jokes in 1987, if you review them now, you could say they were misogynist, sexist, even homophobic. But it reflected what people were laughing at then. Would someone be able to make a joke like that today? Probably not.”

The world has changed—so must comedians

It is why navigating the changing times, particularly in the online world, requires finesse and some luck.

“You put yourself out there; you hope people like it,” says See. He sees his job as a comedian in these modern times as putting out content. “If people hate it, that sucks, but that’s just part of the job.”

Budhrani agrees, but he’s also seen how comedians can benefit when they harness the power of social media.

At the height of the pandemic in 2020, without a live audience to perform to, Budhrani did the next best thing. Using an iPhone in his home office, he created ‘The Rishi Report’, an online news show that he says aimed to turn “headlines into punchlines.”

Episode 1 premiered on April Fool’s. Budhrani, who enjoys addressing current affairs and politics in his comedy routines, packed the 11-minute-long video with quips about how Singaporeans tackled the pandemic. “So remember Singapore, stay together, but one metre apart,” Budhrani signed off.

The following year (2021), between February and May, he took the online series to the theatres and ended up selling out three different iterations of ‘The Rishi Report.’

Comedy in the era of social media

It’s indicative of the potential of social media for comedy—in this case, giving Budhrani wider exposure that eventually helped him gain traction and harness all 8,000-odd followers each on both Facebook and Instagram.

But there are plenty of potential pitfalls, and Harith knows this all too well. Last month, he posted a snippet from a stand-up comedy bit he did, that lauded the efficiency of the immigration staff at Singapore’s Changi Airport while poking fun at Malaysia’s KLIA immigration authorities.

The joke did not sit well with Malaysia’s Immigration Department chief, who chided him for misleading the public. Harith is matter-of-fact about it. “Social media allows something to be taken out of context, and we need to live with that and learn to deal with it.”

All the comedians insist there is a difference between being in the room when a joke is told and watching an edited clip a few days later. When stand-ups perform live, the people in the room choose to be there. They’ve paid to be in on the joke. It’s about context.

But when those same jokes start to circulate elsewhere—like on social media or WhatsApp—they are subjected to a different audience.

Unlike a live audience, the social media crowd is more diverse and impersonal. Jokes online are judged more easily by sensitivities like political correctness. All it takes is just one voice of dissent. Social media amplifies that, and it gains traction. What happens after that concerns many comedians—‘cancellation’.

The comics I spoke to are acutely aware of how easy it is to fall victim to the so-called ‘cancel’ culture. See runs a podcast called ‘Small Batch with Mr. Sam See’. He talks to comedians and others from the entertainment world, and the ‘cancel’ culture—or being blocked from having a public platform or career—often comes up in these conversations.

“For most of them, it is the fear of what if it happens to me,” See says. “But you can’t name a comic who has been ‘cancelled’ based on their material alone. You can’t kill a career that easily. It takes a lot more work than that.”

It is why doing the work never stops for comics like Budhrani. He is constantly scribbling jokes on his notebook or iPhone. Since he began stand-up comedy a decade ago, the stage has been his therapy.

“When I lost people or something negative happened in my life, I try turning that into humour.” Deep down, he says, “I’m still an insecure, fat goalkeeper from Bedok View (Primary School), whom the girls in Malay class would laugh at.”

Reading the room and taking risks

That’s the sort of vulnerability and authenticity that audiences lap up, and Budhrani knows it. “The audience is very clever; we don’t give them enough credit. No longer will an audience accept a low-hanging fruit punchline. But if you cleverly address an issue, the audience says, ah, we see what you did there.”

Stand-up comics are constantly reading the room. They are adept at mental arithmetic – the kind that furiously calculates how far I can push a bit, or what’s the crowd makeup because it matters for the type of jokes they can tell.

See has travelled overseas extensively performing his stand-up routine. He tells me that the Singapore crowd is one of the hardest audiences in the world.

When both these audiences come to the same show, “you have to take a lot of risks as a stand-up comedian.” Risks such as should I go ahead with this joke even if it means losing half the audience.

Risk-taking of course is par for the course for most comics. They’re adrenaline junkies—the tougher the crowd, the funnier the punchlines. Over the years, Harith has performed for many Malaysian prime ministers and Sultans. The stakes are high, and slip-ups potentially career-damaging. But he’s realised that often, those whom he thinks will get offended the most by his jokes, don’t.

“When I do a bit that is cleverly structured, who’s laughing the loudest? Usually the Prime Minister or the Sultan. And when they start laughing, everyone else in the room laughs along.”

Budhrani often satirises political discourse in Singapore. It is a delicate tight rope to walk. Still, he’s been in rooms with ministers making political jokes, and “I didn’t go to jail because you find a way to say what you want to say by circumventing the legal boundaries and the cancel culture boundaries that you are aware of.”

It shows that with some creativity and a little chutzpah—it is possible to side-step ‘cancel’ culture—while staying funny.

Being funny is tough

Yet sometimes, even the most skilled comic cannot anticipate how their jokes can rile up an audience. See recalls having a ‘Will Smith moment’ of his own six years ago.

He was 23 when a man almost twice his age, charged up to the stage and tried to beat him up over a joke about Indian mothers. See says he understands why the man was upset. After the show, he apologised. So did the man. Overseas, See has been the target of racial and homophobic slurs. But he brushes those aside, calling them a “work hazard”.

But as See says, “it’s all about learning your limitations,” because to be funny is no laughing matter. Good stand-up comedy is one of the hardest things to do. It’s about trying, failing, picking yourself up, and then repeating it all over again. When the lines between humour and offence become thinner, as it does every now and then, it’s hard not to wonder if anyone is laughing. 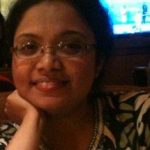