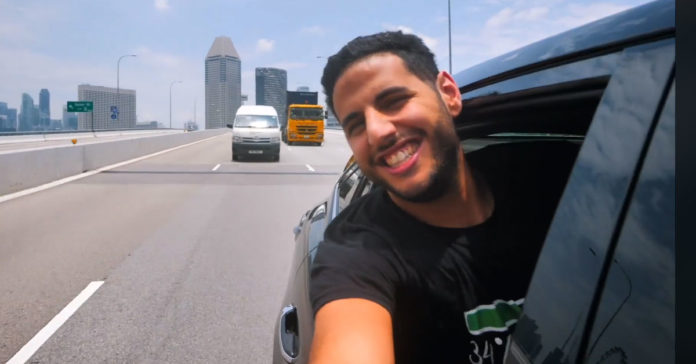 Alright, confession time. I had not actually watched a single episode of Nuseir Yassin’s minute-long video blog before deciding that I didn’t like them—the videos, the concept, and Nuseir himself. The constant stream of online vitriol, from friends and strangers alike, was sufficient to hurry me along into a premature condemnation of his content (or character).

Well, today I took the plunge, and went on a splurge of ‘Nas Daily’ content dating back to the start of the year. And, to be honest, I still kind of hate it. But for entirely different reasons.

You see, the hubbub surrounding Nuseir’s move does say some things about him. But after watching over three hours of ‘Nas Daily’, I’ve come to a transcendent realisation: it says a whole lot more about us—our vanities, our insecurities, and our reflexive self-diminishment.

Earlier this year, Nuseir announced that he was moving to Singapore, causing what’s known as, to use the technical term, a huge shitstorm.

Many locals have had our fill of Singaporean Youtubers and their strategy of appealing to the lowest common denominator, stringing together vignettes of terribly-acted skits, and unfunny writing to create what can barely be described as ‘content’.

At a glance, Nuseir’s content seems little more than more of the same, albeit at an international level. Worse, he raised the spectre of oh-so-sinister government propaganda, appearing with PM Lee in the latter’s biggest #fellowkids cringe moment to date.

Essentially, the blog-o-sphere’s (and my own) image of him was/is that of a witless foreigner (1st strike), another dime-a-dozen Youtuber (2nd strike), and shilling for the PAP to boot (3rd, GTFO).

The ‘controversy’ got so big that it prompted Mediacorp’s Talking Point to feature Nuseir in an entire half-hour episode, titled ‘Does Nas Really Know Us?’. While the video contained numerous bemusing hijinks (i.e. not at all funny), it also featured some tough questions from fans of Nuseir’s content.

To be honest, I was caught off-guard by his frank and well-articulated answers; watching his videos, it’s easy to forget that Yassein graduated from Harvard with an economics degree—on a scholarship.

When it comes down to it, the biggest hurdle when it comes to appreciating Nuseir’s content is that it just feels so gosh darn stupid. It’s not that he covers a topic in one minute; I’ve seen Vines that are more educational.

Rather, Nuseir’s videos seem custom-made for five-year-olds, with big shouty subtitles and shouty-er voiceovers in a gratingly fake accent.

But perhaps that’s the point. With refreshing candour, Nuseir says he’s not making the videos for the 2% of his audience who are Singaporean—in his words, “who cares?” He’s making them for the 98%, many of whom probably don’t speak English as a first or even second language.

Nuseir may be appealing to the lowest common denominator, but when you’re speaking to a hundred different countries without the benefit of a translator, maybe that’s what you need. We may look down on Nuseir’s content as ‘dumb’, but that could just be the intellectual snobbery of a population privileged to have received decades of excellent high-level English-language education.

Alone, however, this isn’t enough to account for the hate. After all, everyone enjoys some mindless entertainment now and then, and Nuseir is not the only source of stupid fun this country provides; he joins the likes of Pokemon Go and ice cream sandwiches on the shelf of brain-dead things that locals can enjoy.

And yes, while some may accuse him of being a sellout (both to the Singapore government and to companies like Facebook), it’s not a foregone conclusion. And as proudly pragmatic Singaporeans, we wouldn’t dare knock the hustle.

In his videos and his interview on Talking Point, Nuseir does explain some of the problems that he has with Singapore society: the lack of a minimum wage and the treatment of foreign workers, to name a couple.

Despite all this, he says that Singapore is the best country for him to settle in. Perhaps this is because Singapore tops the world in terms of its environment for young children and working professionals alike. Perhaps because Nuseir’s own life experience has brought him to hundreds of countries around the world, he feels assured that he is making the right decision.

Ultimately, the reason many Singaporeans feel discomfited at Nuseir’s enjoyment of Singapore is that we simply don’t feel like we’re living in the paradise on earth that he describes.

At the end of the day, this much is clear: we are the only ones to blame for any ‘controversy’ surrounding Nuseir’s move. After all, we are the ones who decided that it was a big deal, and chose to ascribe such significance to the migration decision of a simple vlogger. Well, by ‘we’, I mean Mediacorp, but you get the idea…

It’s time we got over our Little-Red-Dot insecurities. The strange Asian behaviour of deflecting or dismissing every praise has to stop. Nuseir Yassin is just a guy who was wealthy enough to afford moving out of his crappier home (wherever it is—I don’t care enough to check) to our nicer one.

While we may be rightly anxious as to the maintenance of our current standards of life, or point to the numerous flaws (pre-baked or newly-constructed) in our society, we are allowed to like it here. We are allowed to acknowledge that our country is green, our schools are good, and our children are healthy. And other people are allowed to praise that.

Something something, mountains and molehills.

Now can we all get back to crapping on POFMA?!

Have something to say about Nas Daily? Write to us at community@ricemedia.co.
Share to
Related Articles