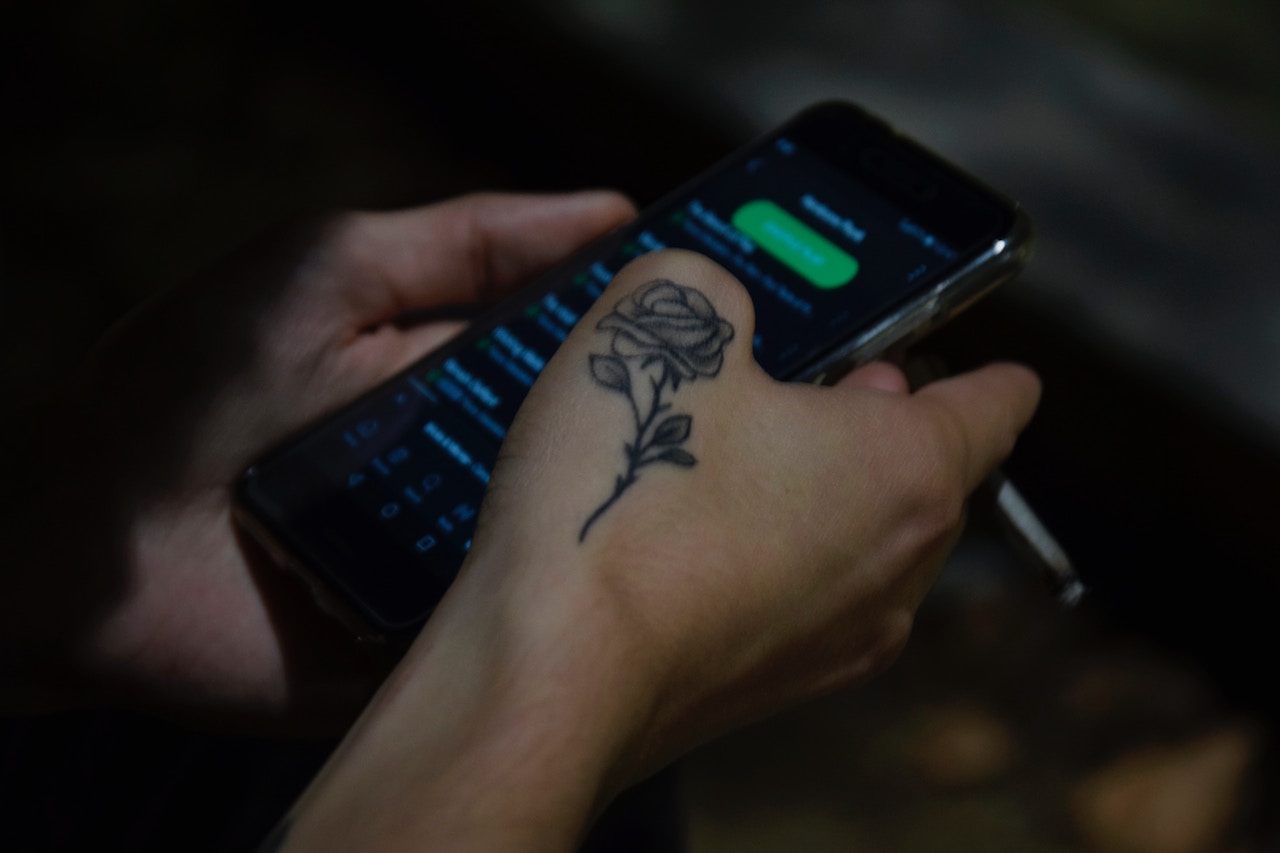 I am in love with a coward.

The first time I get angry at Caleb, he shares a song from Spotify on Instagram Stories: No One Really Wins by Copeland. I know it is directed at me—of course, it is—before I even google its lyrics. Luckily, he has saved me the trouble by also posting the song’s lyrics on the next frame.

If you don’t find the love you want,
if I have acted ungracefully
I don’t want to see you go
I never meant to make you want to leave

Even in my anger, I am oddly impressed by his ability to find a song that describes the moment so aptly. Since then, I’ve gotten better acquainted with two of his main talents: his unparalleled knowledge of the right song for the moment, and his inability to confront his feelings.

Unfortunately, I am also a fool, so I swipe up on his IG Story. I reply, sorry for being presumptuous, but no one is going anywhere.

It is 10:40 PM, and I spend the rest of the night agonising over whether I’ve made a mistake—not by forgiving him but by being so transparent with my feelings. There are zero times in life when I’ve regretted telling someone how I feel, but this could be the first.

I open our IG Direct Message about 30 times that night to check for the “seen” status below my reply.

It doesn’t appear until the next morning.

In May 2018, Spotify for Artists made it easier for Spotify users to share the albums, tracks, playlists, and artists they were listening to with their followers on Instagram Stories. The function was designed to help people discover new music and expand their aural tastes, but the collaboration ended up creating this generation’s equivalent of the MSN nickname—an equally evasive way to express how one felt without actually talking about one’s feelings.

From the mid to late 2000s, when MSN Messenger was all the rage amongst my peers, I would chat endlessly online despite having seen my friends just a few hours ago in school. But mere conversation wasn’t the point.

Instead, the platform was my first foray into figuring out who I was and who I wanted to be, even before I started blogging.

The MSN nickname allowed me to showcase an iota of my personality and learn how to communicate my feelings in ‘creative’ ways. If I wanted my crush to notice me, I would post lyrics from You and Me by Lifehouse. (This is just a rough guess; my mind has effectively blocked out all memories that trigger secondhand embarrassment.)

And it’s you and me and all of the people
And I don’t know why, I can’t keep my eyes off of you

As a hopelessly infatuated teenager, I would check whether my crush was online. If he was, I’d sign in and out of MSN multiple times in one night, so my nickname would pop up at the bottom right-hand corner of the screen, like one of those inflatable arm-flailing tube men. If he wasn’t, I would appear offline and wait until he signed in to turn into a lunatic, obsessed with the version of myself whom I presented online.

At the time, the goal of these unhinged actions was for my crush to notice and start a conversation. Then, surely he would realise my dazzling personality and fall in love!

Of course, none of this happened, because he was neither insane nor a mind reader.

But the habit endured. Like the Spotify song posted to an IG Story, the MSN nickname was our way of expressing longing, neediness, desperation, jealousy, loneliness, and a cocktail of other emotions that society taught us to feel ashamed of or embarrassed to have. We used the MSN nickname to let people (or that special someone) know how we were feeling in the moment; we wanted them to ask how we were, without actually having to explicitly admit to anything.

The MSN nickname was essentially our first brush with the freedom—and fear—of being truly vulnerable.

I’d like to think I’m more willing to be vulnerable than Caleb. But when we first get to know each other, Caleb secretly puts 爱我别走 (which directly translates to ‘Love Me, Don’t Go’) by Jay Chou into my Spotify playlist when we’re out together. I pretend I don’t notice until I get home, even though the moment I realise he’s added those songs to my playlist, I just want to ask him what exactly he feels for me.

That evening, after we part ways, I take a long drive home, trying to sort out my own feelings. After I arrive in my car park, I sit in my idling car, pull up our chat, and make a joke about the song. The elephant in the room looms large.

That night, I replay the song at least 10 times before bed.

I decide I won’t force him to discuss the reasons we’re developing feelings for each other but aren’t doing anything about it. I am not quite ready to deal with the hard, uncomfortable, thorny stuff either. I want to pretend that everything is okay, and I want him to let me.

We don’t talk about how we feel about each other until at least two weeks later. As it turns out, birds of a feather flock together.

By then, Caleb is also in love with a coward.

It should be no surprise that Caleb and I choose to skirt around our feelings.

Most people I know have immense difficulty talking about their feelings because they’ve always seen vulnerability as weakness. They would rather leave undefined situations in limbo, tediously navigating the blurred lines of grey areas than establish firm boundaries, simply because clearly stating what we want requires risk and sacrifice.

Sometimes, it might not even be our feelings themselves that leave us reeling from rejection, but the way we end up communicating them, the mood of the recipient, or the inappropriate time at which we’ve chosen to reveal them. There are simply too many independent variables, and the older we get, the more we want to avoid the crippling heartache that stems from not getting what we want or having our hopes dashed. So we make ourselves small and tell ourselves to accept less, want less, and need less, ignoring the quiet voice that tells us we can ask for more.

Similarly, posting songs on IG Stories is merely an MSN nickname in another form. ‘Describing’ our feelings via cryptic messages is easy when we believe a superficial degree of confession counts as a legitimate substitute for confronting our messy feelings head-on. We drop song lyrics as clues to the final puzzle that is who we are, what we want, and how we feel, hoping the person we’re ‘targeting’ cares enough to piece us together.

Perhaps, as a colleague suggests, this ‘trend’ also stems from our increasing tendency to use irony to deflect from the seriousness of an issue. The language of social media enables us to post memes and gifs, or say ‘same’ and ‘mood’, rather than articulate our feelings in complete sentences. Beyond reflecting a desire to evade uncomfortable topics, it also hints at a shift in our ability to communicate these important things.

But ultimately, this version of humour is a thinly veiled attempt at shirking accountability for our feelings and their resulting actions. It allows us to talk about our feelings without being fully sure of them yet, even though doing so often deceives us into thinking we have addressed them.

On the other hand, I tend to wax lyrical about embracing vulnerability, without properly comprehending everything it entails. In this sense, it is like compromise, which another colleague describes as “nothing we ever think it is until we actually go through with it”.

Vulnerability can get complicated, because another human’s emotions are inherently unpredictable. Someone might reveal something in the name of being vulnerable, such as that they don’t love you anymore or that you’re not good enough for them, and you might be completely blindsided, no matter how tactful or kind they are.

For vulnerability to truly work, it must go both ways. The receiver must be prepared to receive, even though they are sometimes in a more vulnerable position. They don’t have control over the situation or what feelings will be revealed. They can only wait—or, if they’re ‘lucky’, hazard a guess from the other party’s songs shared on IG Stories and prepare for the bomb to drop.

So it’s no surprise that Caleb and I choose to skirt around our feelings. But this is a dance whose steps we’ve turned into muscle memory.

Caleb and I aren’t a couple, though our fights often make it feel like we are.

It’s been almost a month since we had a proper conversation that wasn’t laced with hostility and heartache, overwrought with the things we wish we could say to each other but weren’t quite ready to confront on our own.

We are the personification of a Spotify song on an IG Story, but I hold out hope for eventual honesty. It has happened, albeit briefly, that it seems like a dream rather than a memory.

The first time he lets me into his private heart, he does it via the 173 messages he sends over WhatsApp, when I go on a holiday where I am without data for a week. I ‘star’ almost all of them, lest I forget how it feels to give someone your whole heart.

They include a Youtube link to Come Home Soon by Pug Jelly.

Back then, when I return to Changi Airport, I’m finally able to access data again. His messages flood in, almost causing my phone screen to hang. It takes me an hour to finish reading everything. Then I locate the video link, hold the phone to my ear, and press play.

No matter how much time passes, I will always remember that in the line at the baggage carousel, as the song trails towards its end, I think: this is going to hurt, but I am ready.

Have something to say about this story? Share a Spotify song on IG Stories and tag us. Or write in: community@ricemedia.co.
Share to
Related Articles