Unpopular Opinion: You Might Hate Reading Rupi Kaur, But She’s Worth Listening To Sound is the most important sense.

Ask any couple in a relationship. Many arguments could be avoided if they realised their partner’s passive-aggressive texts were actually filled with desperation to be understood, or that anger is sometimes fuelled by loneliness.

While these emotional nuances are easily lost in translation via text, they’re blatantly revealed in slight inflections during an argument, the pacing of a rant, or the unwitting stammer before a confession. After all, anyone who’s communicated an important message knows it’s less about what’s being said than how it’s being said, and just as much about what isn’t said.

Along the same vein, an audio narration has the power to change your mind about its text equivalent, because audio’s secret advantage is its ability to heighten emotional intimacy. For example, hearing a piece of salacious gossip tumbling out breathlessly from your friend could be more impactful than reading about it; having parents read aloud to their children firmly lodges a story in a child’s mind decades later; receiving a friend’s audio clips over WhatsApp feels more arresting and personal than if they’d sent the same messages via text.

So, despite the haters towards her debut poetry collection, “Milk and Honey”, listening to Rupi Kaur narrate her poems is unexpectedly intriguing.

Insta-poets like Kaur seem to be characterised by the vitriolic hate they evoke, as much as their massive Instagram following of several hundred-thousands that reflect the commercial viability of insta-poetry. In fact, I used to pride myself in being part of the former category, consciously elitist and exclusive in my views towards poetry.

Unlike the open-mindedness that poetry preached, I derided anyone who read Lang Leav seriously, and distinctly thought the state of our publishing industry was going to the dogs when Nicole Choo published her own book of poetry.

Similarly, Kaur’s poems always left a cloying aftertaste, like downing a spoonful of syrup. They made me feel full, but never satisfied.

And then I listened to her narrate her own audiobook.

“Milk and Honey” traverses several emotional landscapes after a break up, starting from the moment of fracture to the final healing. The feelings described might be sweeping, but no one can say they’re abstract or unrelatable.

In fact, the selling point for Kaur’s poetry is mass relatability.

Never mind structure, rhythm, or assonance, each poem succinctly captures the irony of heartache: a universal feeling masked as a singular and isolating experience.

what i miss most is how you loved me. but what i didn’t know was how you loved me had so much to do with the person i was. it was a reflection of everything i gave you. coming back to me. how did i not see that. how. did i sit here soaking in the idea that no one else would love me that way. when it was i that taught you. when it was i that showed you how to fill. the way i needed to be filled. how cruel i was to myself. giving you credit for my warmth simply because you had felt it. thinking it was you who gave me strength. wit. beauty. simply because you recognized it. as if i was already not these things before i met you. as if i did not remain all these once you left.

On first impression, this passage reads like an overly rambly and indulgent realisation of self-worth after a bad break up.

But Kaur’s recitation is full of rage, regret, and relief at once, beginning with the hesitation of someone who’s trying to find their footing after being through hell and back. The pace quickens towards the end, as though the person has finally healed from the pain, arriving at eventual clarity.

[player id=28954]
In another instance, the narration alone grants the listener a rare moment of catharsis, as Kaur recites a 400-word spiel about selfish people and their ability to take non-stop from the people around them until they’ve had their fill. The passage paints a picture of someone walking away from a draining and emotionally abusive relationship, each line sounding more forceful, until she reaches the end, where reprieve awaits.

and after all this. after all of the taking. the nerve. isn’t it sad and funny how people have more guts these days to undress you with their fingers than they do pick up the phone and call. apologize. for the loss. and this is how you lose her.

Even though Kaur’s narration is seemingly laden with performative feeling, it also carries the earnestness of spoken word poetry.

[player id=28961]
As a reader, you might be tempted to diss her book because her simplistic poems gloss over the myriad degrees of heartache. But as a listener, it’s strangely moving to hear Kaur recite these poems for the same reason: unlike the indefinite stretch of uncertainty of recovery after a break up, the black and white world that her poetry outlines feels comparatively easy to navigate.

The accompanying audio does what static text cannot: it convinces the listener that Kaur is their friend.

Many people argue that one sentence split into several lines does not a poem make, inadvertently implying that poetry shouldn’t sound like something almost anyone can write. Poetry, according to this school of thought, should remain inaccessible.

Kaur gets haters because her poetry does the opposite. Almost every poem in “Milk and Honey” is a glib truism that appears to be randomly broken up into a few lines, without any seeming method to the madness.

In a poem titled, “answers”, she writes:

the way they
leave
tells you
everything

[player id=28962]
In an untitled poem about knowledge that should be obvious and common enough, yet somehow isn’t, she writes:

[player id=28963]
The pretentious style of each poem’s presentation is a major reason that reading these poems on Instagram or in “Milk and Honey” can feel insufferable. It only reinforces the superficiality of insta-poetry, where aesthetics are significant to success.

Listening to Kaur read her audiobook, however, removes this crucial visual element. The varied cadences in her speech make up for my terrible impression of her work. In fact, with audio, I find myself drawn to her poems precisely for their generic nature.

When we feel sad, as seems to be the main emotion required to appreciate her poetry, perhaps we don’t want nuance. Perhaps we don’t want someone to tell us that our specific sadness isn’t caused by someone breaking our heart, as much as it’s caused by our shattered ego. Perhaps what we seek in these moments are broad statements that reflect and empathise with our pain, as well as give us permission to wallow, knowing this process is necessary in order to get better.

When I first listened to Kaur, I was hit with an urgent compulsion to be reassured by something facile, like “everything will be okay”. I stood at a traffic junction in Chinatown, as streams of cars passed me by. The light changed, but I remained rooted. I watched the world spin madly on; it was oblivious to the wants and needs of a single person.

But then I imagined what Kaur might say about the constant existential burden of love, complete with the lilt in her voice that’s now as familiar to me as her insta-poetry structure:

you love
what
you love

you love
who
you love

and that is
(you will be)
entirely
okay

All the books featured are available as audiobooks on Storytel, a subscription-based platform. RICE readers get a 30-day free trial, so download their app to get started, and check out over 110,000 titles they have available for streaming or download.

Would you listen to Rupi Kaur? Tell us at community@ricemedia.co 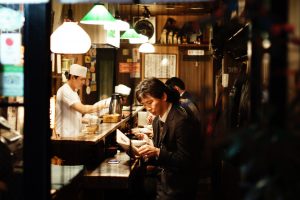