On the surface, not much has changed. Singapore’s total population grew at an annual rate of 1.1 percent, the slowest since independence. In line with the Government’s CMIO model, the ethnic composition of the resident population has also remained stable, with 74.3 percent Chinese, 13.5 per cent Malays and 9.0 per cent Indians in 2020.

But there are also worrying trends. Singaporeans are getting older, with seniors accounting for 15.2% of the population in 2020 (vs. 9% in 2010). As people have become more educated and career-oriented, they are also staying single for longer. Consequently, the nation’s total fertility rate (TFR) continues to decline below the replacement rate for the population.

This means that in the coming decades, Singapore’s resident workforce will be unable to support its economy. Foreigners and immigration will be necessary to fill in the gaps.

Intellectually, it shouldn’t be hard for Singaporeans to understand this mathematical reality. Since independence, the Singaporean economy has been built, in large part, due to its liberal immigration policies.

Yet domestic sentiment against immigration has deteriorated, with CECA being the most oft-cited example of how the Government is favouring foreigners for PMET jobs over Singaporeans. This has led Minister Shanmugam to issue an open challenge to PSP’s Leong Mun Wai to debate CECA on its merits.

This debate will likely occur in the coming weeks in Parliament. While I would like to see an in-depth policy discussion on, say, Chapter 9: Movement of Natural Persons of CECA, and to what extent ‘Expeditious Application Procedures’ differ from standard immigration processes, I’m also not holding my breath.

That’s because no one really understands how immigration in Singapore works.

Who Gets to Become a PR?

Imagine you’re the foreign spouse of a Singapore Citizen. You’ve been living in Singapore for at least three to five years. You’ve held your wedding ceremony in Singapore and registered your marriage with the Singaporean government. Both you and your spouse hold down steady jobs and are thinking of starting a family. Before you do so, you apply for PR.

How many tries should it take for you to get approved?

Rationally, you would think that the answer is one. That a foreign spouse of a Singaporean Citizen should automatically get their PR on the first try.

In reality this is not always the case. Despite having only lived in Singapore for just over a year, I personally know of three couples, where the foreign spouse was rejected at least once while going through Singapore’s immigration system.

After their applications were rejected, two of these couples attended a Meet-the-People session, where they sought the assistance of a prominent MP / Minister in their district. The MP wrote them a nice recommendation letter, whereupon their application was finally approved on the second or third try.

These are not isolated incidents. I’m sure many Singaporeans have heard of similar stories.

On the flip side, I also know a few highly-paid expats who got approved for their PR on the first try, after a mere two years in Singapore. Without throwing any of my friends under the bus, I know that many of these new PRs are aware that they can renounce their status at any time, and cash out their CPF for greener pastures.

For them, Singapore’s immigration system is a win-win proposition. Free money.

The disparity between these two immigrant experiences highlight several problems:

1. The fact that an MP or Minister had to be involved at all suggests that there are inefficiencies and gray areas in the current immigration system

2. It gives off the impression that a government bureaucrat is second-guessing a decision made by a Singaporean Citizen (i.e. who to marry), based on an unknown weighting of criteria

3. It creates the perception of an unlevel playing field, where there are ‘fast lanes’ for certain groups, and that entry into Singapore is based on ‘who you know’ rather than your intrinsic merits.

All of these points could very well be untrue. In fact, it is far more likely that these bureaucratic hurdles arose due to misalignments in policies and processes rather than some Machiavellian plot to replace Singaporeans with foreigners.

But the point here is that nobody really knows exactly what those reasons are, and how each criteria or immigration scheme is weighed against the other. The three couples mentioned earlier received no explanation after their initial PR rejections.

Clearly, more can be done. The rest of this piece will examine some areas around immigration in which Singapore can afford to be more transparent, as well as the challenges that come with this.

The Ambiguity of Singapore’s Immigration System

When we look abroad, countries like Australia, New Zealand and Canada have adopted points-based immigration systems with a more transparent rubric on how points are awarded.

This gives both citizens and prospective immigrants a clearer idea of which criteria carry more weight in the application process. Countries like Canada have also incorporated labour market testing processes, so that the onus is on the employer to prove that the requisite skills cannot be found in the domestic labour market.

None of these immigration systems are perfect, but they do contain elements of checks and balances, transparency, and a more consultative approach to public policy.

Anecdotal evidence suggests that the preferred path to PR is through the Professional, Technical Personnel and Skilled Workers (PTS) Scheme, where immigrants arrive into Singapore on a Work Pass first, before being eventually approved for Permanent Residency.

The current PTS scheme, however, seems to give undue preference to short-term factors like current salary, type of work pass, and the standing of their current employer, which may not necessarily align with the long-term needs of Singapore’s economy.

While basing immigration decisions on economic growth and productivity is sound in theory, it assumes that the labour market is efficient and that the HR recruitment process is devoid of any bias. It also fails to consider the externalities such policies create, like rising land, housing and real estate prices disproportionately hurting the poor and middle-class among the resident population.

All of this is further complicated by the CMIO Model in Singapore. While many suspect that race is an important criteria in the immigrant approval process, no one really knows how it is being applied in practice, and to what extent an applicant’s racial category might supersede all other considerations.

In the absence of greater transparency, accusations of an unlevel playing field—or even systemic bias—will persist. This is deeply counterproductive, and only serves to erode the trust Singaporeans have in their institutions.

Are Singaporeans Ready for Transparent Government?

However, when it comes to greater transparency on immigration, I’m more sympathetic to the Government’s position than most.

For most government bureaucracies, transparency can often be a lose-lose proposition. To acknowledge, in the general sense, that a system can be improved is one thing, but to unilaterally reveal to the voting public concrete examples of your own incompetence is basically political suicide.

And yet, inefficiencies and mistakes are features in all organisations.

Perhaps this is why most governments with any political capital at risk would infinitely prefer closed-door reviews over public consultations. Because to ‘check oneself’ publicly, would be to confirm the worst suspicions of your political opponents, while reaping none of the benefits of open disclosure.

In the last decade, you can argue that the government has made attempts at some transparency when it comes immigration—only for it to backfire on them spectacularly.

Take the controversial Population White Paper (PWP) published in January 2013, which outlined the Government’s plan to address Singapore’s declining birth rate by planning for a population “in a range between 6.5 and 6.9 million by 2030”.

Immediately, the PWP was met with swift anger from Singaporeans, sparking a rare mass rally of over 4,000 protesters at Hong Lim Park. It became such a defining issue in the months leading up to GE2015 that PM Lee Hsien-Loong had to walk back the projection.

Reading the PWP today, the tone adopted by the Government was actually quite balanced; it recognized the need to address the reality of an aging population and skills shortage in the labour force, while acknowledging the growing discontent among the Singaporean core.

But the public outcry against the PWP may have taught the Government all the wrong lessons.

So What’s the Solution?

And yet, the decision between top-down paternalism and a more decentralised approach to governance doesn’t have to be binary. It can come from a gradual process of opening up.

It may not even be necessary to abandon the current immigration model altogether. Instead, modest adjustments can be made:

First, start with the low-hanging fruit. Most Singaporeans would probably support expediting the PR process for foreign spouses of Singaporean citizens. If Singapore wants to address its low TFR, removing this bureaucratic hurdle should be a no-brainer.

Beyond this, a working paper published in 2018 by the Cato Institute offered the following recommendations:

1. Increase worker portability: allow Work Pass holders to change jobs without impacting their immigration status. By empowering workers, this will create better working conditions for everyone and a more efficient labour market. Local employers will have less incentive to exploit or under-pay foreigners (relative to hiring locals).

2. Encourage upward visa mobility: instead of constantly importing new foreign workers to address short-term needs, provide the foreigners who are already here with a more viable path to stay — conditional upon education, skills and other requirements.

3. Allow all Work Pass holders the option of becoming entrepreneurs: currently, the Government has a separate immigration scheme for entrepreneurs. But given that it’s notoriously difficult to pick winners in advance, why not let everyone in Singapore have an equal shot at job creation?

Now you might disagree with the above proposals, but at least now we’re having an argument based on policy rather than conjecture or emotion.

In order for this to happen, all politicians need to ground their discussion based on facts, data and a rigorous study of existing immigration schemes. For the Government’s part, it must recognise the vital role it can play in facilitating such debates, by offering equal access to information to all parties that want to contribute to the discussion.

Likewise, it is the responsibility of elected Opposition MPs to frame the immigration issue in a constructive manner, without stoking populist or xenophobic sentiments.

Whether this will happen in the upcoming CECA debate remains to be seen.

But the sense I get from Singaporeans is that they are tired of the political rhetoric and jargon from their MPs and leaders.

Both sides have a part to play in building a political culture where it’s possible to have open, fact-based debates on sensitive issues, so that the level of discourse on immigration and employment can finally rise above mere speculation and rumours. 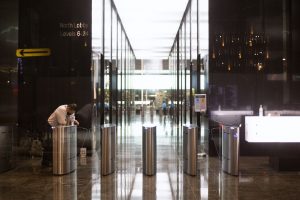