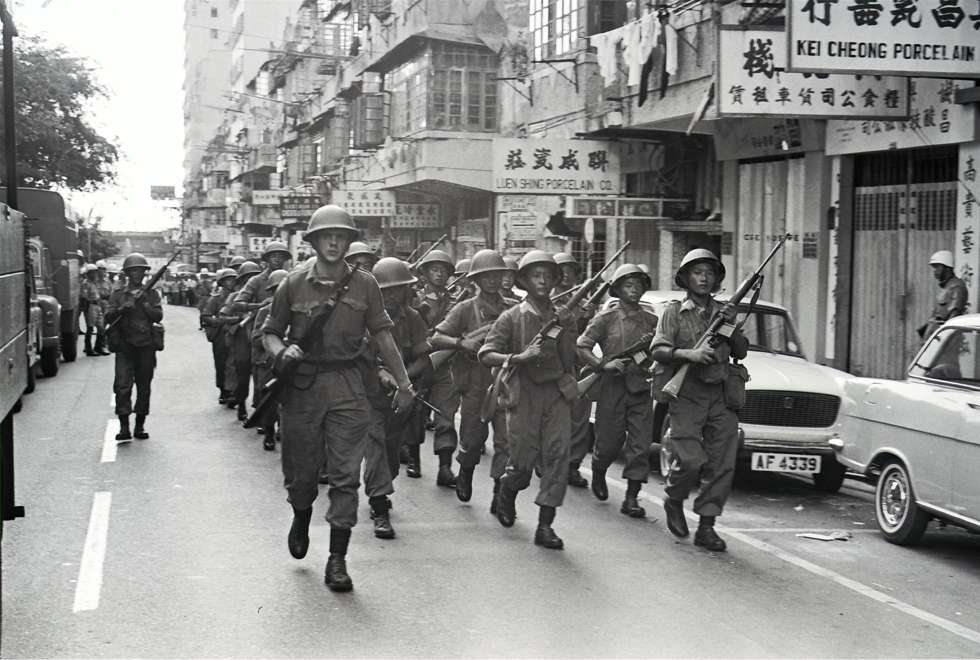 Singaporean leaders tend to see the Hong Kong protests as an outbreak of irrationality in an otherwise sensible city. In his mildly-controversial op-ed for SCMP, our Ambassador-at-large Mr. Bilahari Kausikan acknowledged the protesters’ passion, but lamented their lack of ‘common sense’. He also gleefully predicted what HK’s protesters will achieve: ‘absolutely nothing!’

Our Prime Minister concurs! At a recent Forbes panel, he argued that HK’s five demands were not meant ‘to solve Hong Kong’s problems,’ but ‘to humiliate and bring down the government’.

Subtext: This is not a rational answer, but a spiteful reaction.

History offers us an alternative. City Of Protests: A Recent History Of Dissent in Hong Kong is a 2017 book written by Hong Kong-based lawyer Mr. Antony Dapiran. Made from just 123 pages of A7-size post-it notes, it is shorter than an ants’ penis. You can easily finish it over a coffee and you should, because it offers an interesting rebuttal to the mainstream news narratives, which often vacillate between demonization and hagiography.

By examining Hong Kong’s history, Mr Dapiran comes up with an interesting counter-argument: 1. Hong Kong has a long history of protests, demonstrations and riots 2. They actually work.

In other words, the protests are a tradition rooted in pragmatism.

To make his case, he takes us on a guided tour of dissent in Hong Kong. Contrary to popular opinion, HK civil disobedience did not begin with the Umbrella movement in 2014.  Although it was the most widely-reported demonstration up to that time, it was neither the first, nor even the most successful protest.

The city has always been staging protests, sit-ins, demonstrations and vigils. Before the Umbrella movement, there was the 2011 National Education Controversy, the 2003 ‘Article 23’ marches, the 1989 Tiananmen vigils and the 1967 Leftist riots, which were instigated by CCP agents sent by China.

After the Umbrella Movement, there was the 2016 Mong Kok Fishball Revolution, which began with a crackdown on unlicensed hawkers.

In that same year, a small group of protesters marched on the Japanese embassy to protest a Pokemon name change: The mandarin form ‘Pikaqiu’ is unacceptable. Please change it back to the Cantonese Bei-kaa-ciu.

This is a totally frivolous example, but it highlights an important point. Hong Kong has always enjoyed a vibrant protest culture, which began way back in 1966 with the Star Ferry riots.**

In 1966, the Star Ferry Company wanted to raise the fare by 10 cents. Since the MTR was still a twinkle in some urban planner’s eye, this was disastrous news for the working poor, who could not walk on water and had no other means of getting across the harbour.

Outrage ensued. A young man, Mr. So-sau chung, started a hunger strike at the ferry terminal in protest. When he was arrested, more protesters showed up to demand his release. When those protesting his arrest were also arrested, all hell broke loose. 1465 people were arrested, 26 were injured and one person was dead. The British Army patrolled the streets to enforce a curfew.

The Good
This sounds terrible and it is, but Mr Dapiran also points out that the protests ‘did accomplish their original goal’. The price hike was limited to a 5 cent increase for first-class tickets.

This brings us to the book’s second point: Protests do work. In HK, they are extraordinarily successful as a means of resisting unpopular government policy. Colonial governors and Chief Executives alike were forced to change course when confronted by mass mobilization.

This was the result of the Star Ferry riots in 1966, and it would be the same for 1967 leftist riots, the 2003 ‘Article 23’ marches, 2006 Star Ferry demolition protests and the 2011 National Education protests. Not all protests were successful, but there were enough successes to justify optimism.

In 1967, for example, a leftist riot sparked by working conditions at the HK Artificial Flower Factory resulted in labour reform which included worker’s compensation, reduced working hours and improved health and safety standards.

44 years later, protests proved just as successful when the HK govt tried to introduce ‘The China Model’ curriculum, a sort of pro-China moral education program which derided democracy, liberalism and other western opiates. When 120,000 people took to the streets and with university students started camping on Chief Executive C.Y Leung’s front lawn, the HK government gave in. The schools could choose their own syllabus.

Hence, City of Protest makes a simple argument for why Hong Kong is in turmoil: “it often works”. To say that protests will achieve ‘absolutely nothing’ is absolutely misguided because they’ve proven highly-effective as a means of cockblocking unfavourable legislation. This is Mr. Dapiran’s ‘pragmatic explanation’. Given its track record and Carrie Lam’s withdrawal of the extradition bill, I don’t see how to argue otherwise.

The Bad
This peculiar protest ‘culture’ arose because of Hong Kong’s political system, which safeguards the freedom of speech whilst limiting suffrage. The Chief Executive is chosen by Beijing. HK’s ‘democratically-elected’ parliament, the Legislative Committee, also favors the establishment politicians. 30 of its 70 members are elected not by citizens, but by a small pro-Beijing business community numbering no more than 200,000 people.

Mr. Antony Dapiran calls this system ‘Liberty without Democracy’ and argues that it is the source of HK’s protest fetish.

After all, he asks, why bother voting when ‘past experiences in Hong Kong have shown that demonstrations in the streets were indeed a more effective means of achieving change than participating in the political system?’

Professor Andreas Fulda from the University of Nottingham disagrees. HK Protesters have enjoyed great success in blocking unpopular legislation. However, he also argues that such a system has downsides which are not readily apparent to the lay-man.

His book The Struggle for Democracy in Mainland China, Hong Kong and Taiwan argues that suffrage cannot be achieved in Hong Kong by protest alone. Although they’re effective as a means of cockblocking the Chief Executive, they actually hurt the protesters’ cause in the long run.

Looking at the same period of history, he suggests that Hong Kongers protest because the British colonial government was ‘highly responsive to public demand for reform’. In doing so, however, it attracted citizens towards mass protests, and away from ‘membership-based political parties’ like, say, The Tories or The PAP.

In other words, protest alone cannot forge common ground between contentious parties or erstwhile adversaries. Hence, their potential is severely limited as compared to political parties, who can compromise between ‘striving for ideals’ and ‘coalition-building.’  And in doing so, they build a broader, more coherent platform for political opposition.

To substantiate this argument, the book looks to Taiwan. In the 1970s-80s, DPP lawmakers worked with the KMT government, using ‘trojan-horse’ tactics to slowly liberalise the party from within. Democratization in Taiwan was possible, Prof Fulda argues, because of the’ infusion of young and open-minded Taiwanese politicians into the mainlander-dominated KMT’.

Such a process of ‘reform from within’ could not be achieved by protest alone.

In HK, the preference for protest over parliament has resulted in the fragmentation of the anti-Beijing camp into what Prof Fulda calls: ‘an ever increasing numbers of pan-democratic political parties, which very often resemble NGO start-ups without a clearly defined constituency.’ Instead of ‘unity’ to counter Beijing’s Xi’henanigans, opposition has broken up into a thousand harmless splinters.

The Future?
Singaporeans are supposed to be pragmatic. However, under the popular definition, pragmatism does not mean peace, stability or an absence of Molotovs. It just means doing whatever works.

In that sense, Hong Kong’s protesters are highly pragmatic. Their methods have worked in the city’s past, and they continue to be super effective today. You could argue, of course, that they hurt Hong Kong’s branding as a financial hub. But that’s disingenuous because you’re judging the protests based on what you want, rather than what the Hong Kongers desire for themselves. It’s a bit like hating Arnold’s because you prefer fish.

Neither book offers a real answer to the bigger question of how to achieve universal suffrage, probably because the real answer will start World War 3, but their history is nonetheless an interesting read.  Public opinion either venerates the protesters as saints, or cast them in the role of antichrist. When you look at the history, you realize the civil unrest is not even particularly new or radical. No wonder Lonely Planet lists ‘protest culture’ as one of the city’s attractions.

For an actual guide to uncivil disobedience, we recommend The Anarchist Cookbook. Write to us at community@ricemedia.co.
Share to
Related Articles