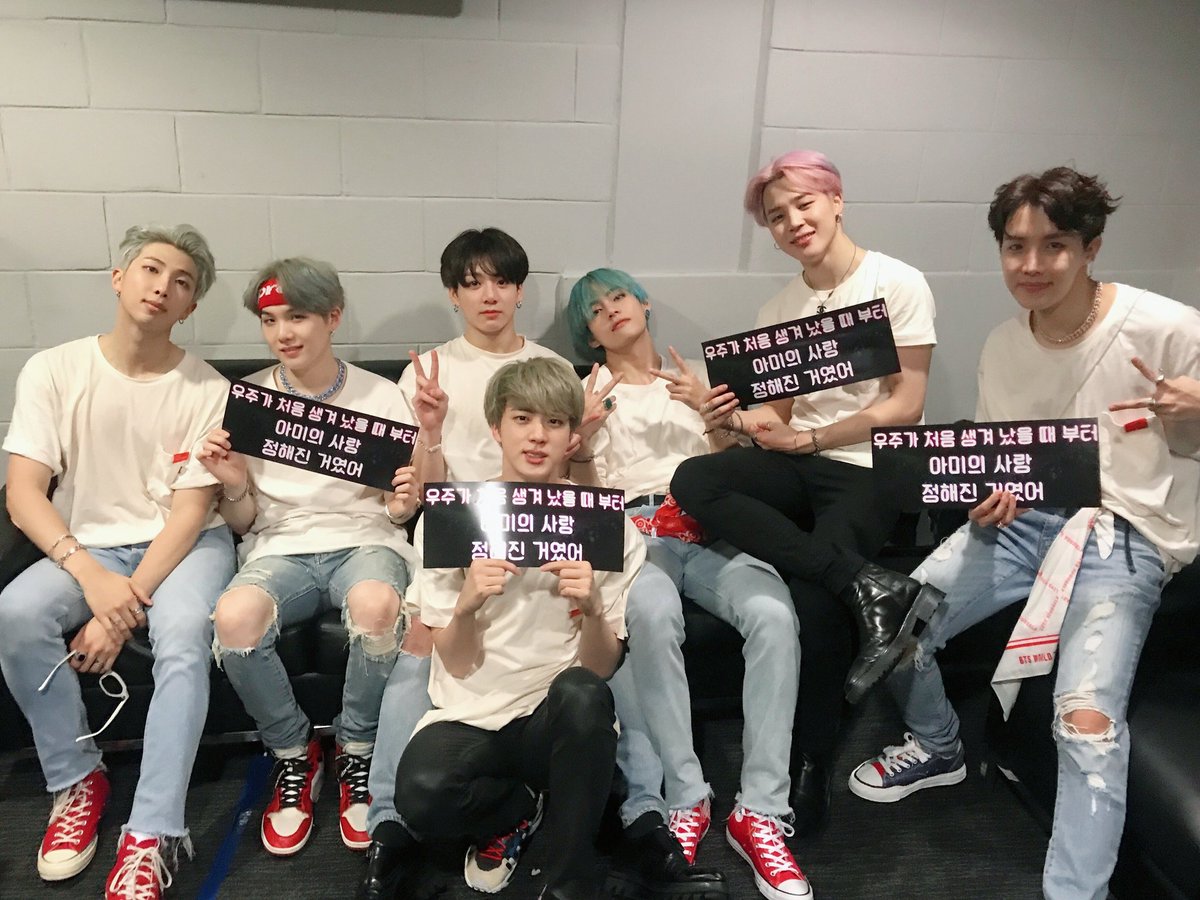 If you happened to be in the vicinity of the National Stadium last Saturday evening, you might’ve heard a deafening, high-pitched roar every three to four minutes. The atmosphere around the place was electric, and every which way you turned, light sticks waved in unison as the massive crowd cheered and sang along to the music.

But with the calendar still reading January, this was no National Day parade. And this was definitely no ordinary Kallang roar. There was an army present though.

The ARMY (Adorable Representative M.C for Youth) in fact, fans of Korea’s (and the world’s) biggest boyband, Bangtan Sonyeondan (BTS).

Now if you think likening the scale and passion of a K-pop concert to a country’s birthday celebration might be a bit of an exaggeration, you’re wrong. In fact, it’s a colossal understatement.

For anyone who’s ever heard of BTS’s legion of fans, this comes as no surprise. Often categorised as “deranged” or “delusional” rabid fangirls, ARMY has acquired quite the reputation for their immense and undying devotion to their idols.

Even then, while hordes of prepubescent girls make up the majority of the fan base, there were many older and more mature BTS fans as well—fans who actually saw something in them and weren’t solely focusing on their pretty faces.

There was definitely more to BTS than meets the eye. What was I missing?

Before appearing on the cover of TIME magazine and breaking Justin Bieber’s six-year stranglehold on the Billboard music award for Top Social Artist, BTS first entered the K-pop scene way back in 2013 under a relatively small record label and management agency called Big Hit Entertainment.

It was the brainchild of Bang Si-hyuk (a successful former songwriter and producer with JYP), who set out to create a group that was as genuine as possible. His aim: that its members remained relatable to fans and didn’t preach from atop their high horses. Unlike the highly-manicured idols typical of K-pop, these boys were supposed to be authentic.

Since Big Hit wasn’t one of the “Big 3” (SM, JYP and YG entertainment are the biggest players in the K-pop scene responsible for the biggest names in the business), the boys started from the bottom, and were the underdogs right from the get-go. They embraced the label, together with their openness about their struggles and how hard the work was. Eventually, it was this sincerity that endeared them to fans young and old.

“In the beginning they were more country bumpkins than high-class city kids. Rough around the edges and even a bit sua ku,” Desmond says.

ARMY knows this because of how active BTS is on Twitter and V Live, a Korean live-video streaming site.

Explaining that the boys have full control over their social media accounts without stringent policing by their management, Desmond tells me they regularly share snippets of what happens behind the scenes. This includes bits of their personal lives as well, especially when they return home for the holidays. Fans can follow the band’s growth, and more importantly, see them as regular people with regular lives away from the spotlight. In other words, it makes them real.

“You can tell it isn’t staged and there isn’t someone there telling them what to do or holding the camera for them. It’s very real and very refreshing. Even when they’re busy and exhausted on tour they’ll still take the time to interact with fans on V Live in their hotel rooms. It’s sweet,” Vivien adds.

Because of this astute use of social media, fans have unprecedented, real-time access to their idols in uncontrived settings. Every interaction feels personal, and each fan develops a sort of kinship with the boys.

To younger fans, they’re almost like the big brothers or cousins who’ve gone off to chase their dreams. For the older ones, it can be as if the boys are their teenage nephews, working hard to make a name for themselves whilst never forgetting to video-call home every once in a while to update the family.

Call it brilliant marketing or fantastic PR if you will, but as gap between idol and fan shrank, their fan base grew exponentially.

A closer examination of BTS’s lyrics uncovers another reason why they’re adored by so many.

With Big Hit wanting BTS to be as real as possible, management did away with the traditional restrictions placed on K-pop groups. Instead of having to present a polished and extremely politically-correct image all the time, they were given license to fully express themselves without having to worry about censorship from their label.

Already heavily involved in the creative process (often co-writing their own songs and helping in the production process), they even sing and rap about social issues. From the societal pressures faced by Korean youths to the prejudice against millennials, and even the worsening social division caused by socio-economic inequality in hierarchical South Korea—these were topics that transcended generations, relatable to anyone with a pulse.

Elsewhere, leader RM (Kim Nam-joon) and Suga (Min Yoon-gi) also talk openly about the importance of mental health, opening up about the anxiety and depression that plagued them as trainees.

By allowing themselves to be vulnerable with confessional yet encouraging lyrics, the boys cemented their authenticity, becoming an inspiration to fans regardless of age or culture. They became the band who understood first-hand what you were going through, and whose music you put on to remind yourself that everything was going to be okay.

In Joey’s case, BTS’s music helped when she was frustrated and so burnt out at work that she left her job without any kind of back-up plan.

“Everyone was telling me I was dumb to quit without having another job lined up but I just felt like I had to do something to make myself happier. During that period a line in their song “Tomorrow” hit me really hard. It was about how the days can become extremely monotonous when you’re stuck in a rut. The song suddenly put words to a feeling and I knew that I never wanted to feel that way again.”

Later, when she was looking for a new job, Joey took it slow and made sure that she found something she liked and actually wanted to do. It was less relevant whether the pay was high or the job was respectable. She just wanted to put herself first, and be happy.

This was the power of BTS’s lyrics.

Finally, BTS’s popularity has been all about timing.

As inspiring as socially conscious lyrics are, they’re not a new phenomenon. Seo Taiji & Boys—widely credited as the originators of modern K-pop—pioneered it way back in 1992. In the 25 years since, Korean boybands like H.O.T, Sech Kies, Shinhwa, and EXO have all commented on social issues with their music.

So why is so much of BTS’s mainstream success attributed to something they adopted from their predecessors? Simply put, it’s because the world has changed. In the last 5 years alone, society’s increasing progressiveness has made us more conscious and accepting of everyone around us.

With the #metoo movement, more and more individuals are taking a stand against sexual harassment and sexual assault. As more countries have begun legalising same-sex marriage, we’ve come a long way in removing the stigma surrounding homosexuality. And in movies like Black Panther and Crazy Rich Asians, we celebrate minority representation like never before.

In a world that’s increasingly questioning preconceived cultural norms, BTS’s meaningful anthems served as a sort of rallying cry, hailing the dawn of a new, woke era. Music is merely the universally understood and appreciated medium for the message, and ARMY has given its members a community to participate in this new paradigm.

Deliberately or not, BTS was simply in the right place at the the right time, becoming the faces of this new wave of change.

It must be said that while BTS were not the only ones championing noble causes, they certainly had the loudest voice thanks to the social media might of ARMY. Once again, the timing was right and BTS blew up just around the time social media apps like Instagram became mainstays on our phone. It was a match made in fandom heaven.

In a way, the BTS story is the perfect representation of Asian success, packaged with head-bopping pop melodies and accompanied by flawless complexions. Listening to the music and participating in the fandom—it’s all aspirational. They remind fans that if you push yourself extremely hard and stay true to your roots, your accomplishments will speak for themselves.

Yes, ARMY’s overwhelming love and support can get a bit extreme at times, and you might be tempted to label all of them “toxic” because of Dee Kosh’s social experiment. But don’t.

The fact is there will always be black sheep in any fandom, and if you take ARMY’s sheer size into consideration, the number of people who left vile and hateful comments (often behind the veil of anonymity no less) were really just a tiny drop in the huge-ass ocean that is their fan base.

Anyone who’s ever listened closely to BTS’s music knows that their message is about being empathetic and inclusive. And Vivien perhaps says it best: “I understand that BTS isn’t for everyone but then again, nothing can ever be for everyone so just appreciate and accept all the different kinds of music. Live and let live.”

Who’s your bias? Who do you stan? Tell us at community@ricemedia.co
Share to
Related Articles 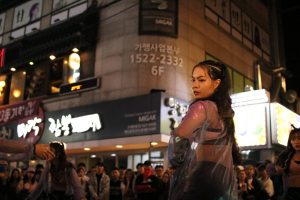 This was the extent of my obsession. 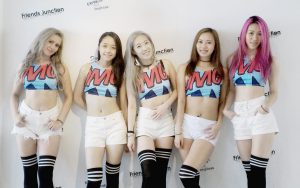