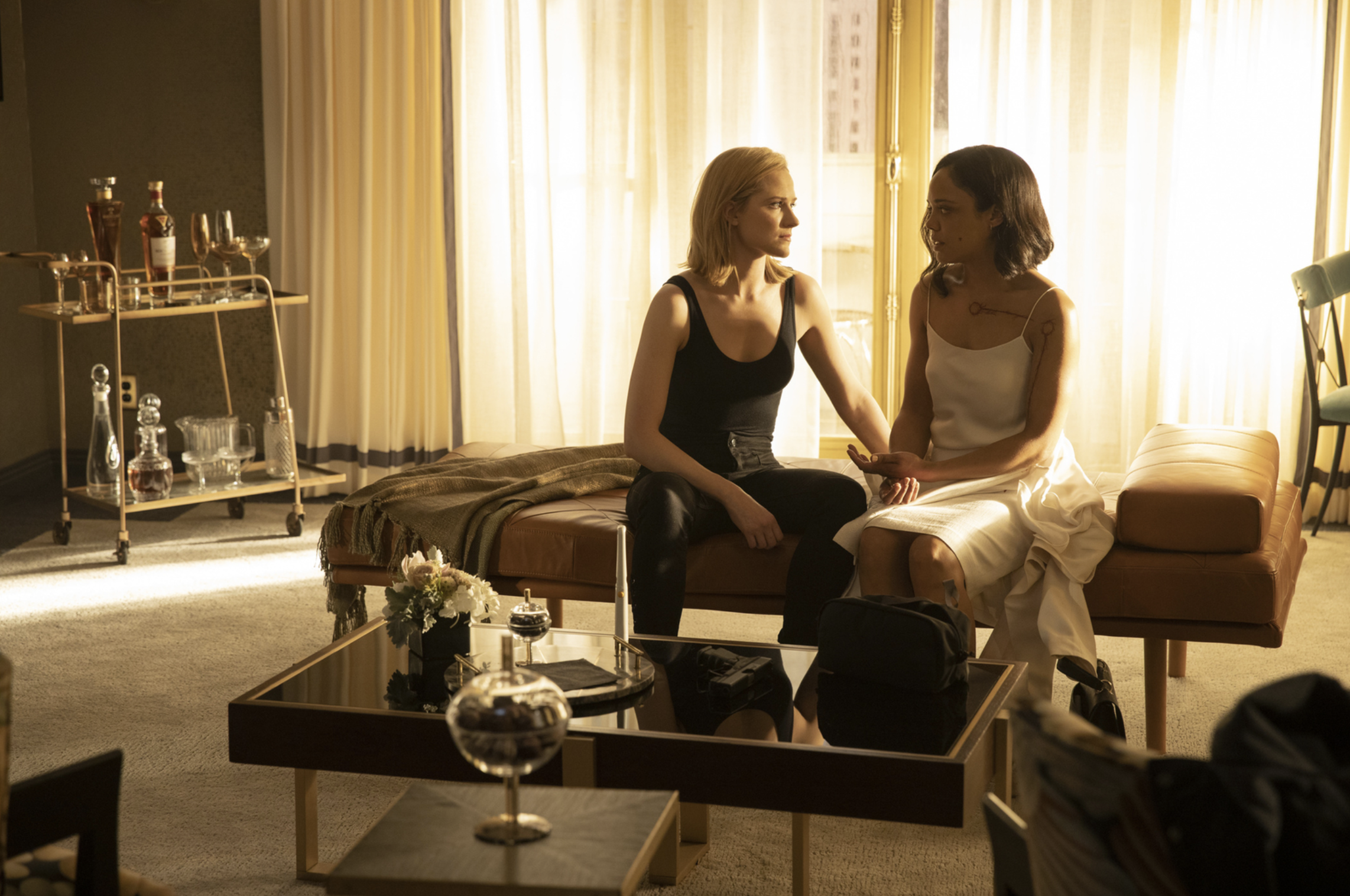 If you’ve heard anything about Westworld Season 3 at all, it’s probably that Westworld is shot in Singapore.

Judging by the number of scenes, it must be the biggest local production since Crazy Rich Asians.

Nearly every episode features some recognisable local landmark. Aaron Paul takes the MRT to go for an interview at LASALLE. Afterwards, he takes a stroll and makes it as far as Ion Orchard before the rejection call comes in. Dolores books a hotel at Parkroyal Pickering to liaise with her lover. Maeve meets her new expat employer at—where else—Atlas Bar.

Unlike Crazy Rich Asians, however, Westworld Season 3 is not an extended Singapore Tourism Board ad. Crazy Rich Asians was shot in Singapore, but our country has never been more than just pretty wallpaper for a fantasy of Asian-American empowerment.

Westworld, on the other hand, does not identify Singapore as its setting. We are only standing in for Futuristic City Par Excellence. However, the show does raise some uncomfortable questions–perhaps quite inadvertently.

In interviews, Jonathan Nolan said he chose to film here because the future had already arrived ‘in places like Singapore’. “You just need to know where to look,” he says. However, I’m not sure if this is the compliment everyone seems to think it is. Especially when the future is  a tech dystopia riven by massive inequality.

Westworld, as regular viewers would know, is a theme park populated by hosts (robots), where murder is permitted and rape highly encouraged.  Last season, Dolores—one of the hosts—escaped from Westworld to take revenge on the humans who abused her.

This season, she discovers that humans have done a pretty good job at fucking themselves over.

We may not be robot serfs, but we are certainly not as ‘free’ as one would imagine. In the park, the hosts are slaves to human whim. Outside, the humans are slaves to big tech companies like Facebook or Amazon.

Okay, they are not called Facebook and Amazon, but they might as well be. Incite Inc—the movie’s main antagonist—is an amalgamation of all your favourite tech companies, from Grab to Tinder. Like these companies, it gathers data on its users. So much data, in fact, that it can predict the future, manipulate elections, and even destroy your love life—just as tech companies are already doing, but on a much larger scale.

So far, so Black Mirror, I hear ye say. You are not wrong, but Westworld differs in one crucial aspect. While Black Mirror invariably depicts such data technology as evil and insidious, Westworld is more … ambivalent about the subject.

It’s true that Incite’s data and AI basically control the world, but they are a benevolent master. Before Incite, the world was torn apart by chaos. Nuclear disasters, civil unrest, Hock Lee Bus riots—you name it. After the Incite took control, there has been nothing but relative peace and prosperity.

In fact, we even witness its ‘wisdom’ in action. When Incite discovers how the Brazilian President’s corruption has worsened separatist conflicts, it immediately issues an ultimatum. Clean up your act or eat a bullet. Suitably chastened, he complies. Hence, through the miracle of data technology and surveillance, it has created a world that’s undeniably safer and better, albeit at the expense of free will.

In short, Incite offers what Cherian George describes in his famous essay The Air-conditioned Nation. A trade-off between civil liberties and material comfort. In exchange for surrendering your personal data—your political agency—you get to live in a universe of order and stability. You get to live … in Singapore.

Is this a good thing or a bad thing? The show wisely defers judgment. On one hand, the idea of being controlled by an AI causes us to rebel almost instinctively. However, the streets do look clean, green, and terribly efficient. Incite’s driverless ride-hailing service puts Grab to shame. Its control—much like our own authoritarian system—has resulted in a “desirable standard-of-living”. No doubt many kill for the privilege.

The catch? It has also produced massive inequalities in wealth and power. On one end are tech billionaires who are virtually gods. The other end is occupied by people like Caleb, a ex-soldier with no money, no prospects, and serious mental illness.

Caleb is a good person. In another time—as Dolores judges—he might actually ‘make it’ through pure grit. In the data-driven dystopia of Westworld where every facet of his past is known, he doesn’t stand a chance. He is denied better employment because companies buy data from Incite and thus know everything about his past. To make ends meet, he is driven into petty crime, which worsens his social credit score and thus further reduces his employment prospects.

Like the robots in Season 1, he is trapped in a loop which he cannot escape.

To what extent is this ‘Meritocracy’ a lie? Caleb’s predicament recalls our Education streaming system, where students are sorted according to their ability (or is it potential?).

Officially, the system is justified because students of different abilities learn at different paces. Unofficially, however, there is nothing to stop your stream from becoming a self-fulfilling prophecy. Caleb’s downward spiral is not unlike the loop which Jack Neo once portrayed in I Not Stupid. Students sorted into the Normal stream are demoralised. Many of them see their position not as a temporary setback, but a definitive verdict. Like Caleb, they struggle against the baggage of their past performance while Special students are given opportunities to excel and pull ahead.

In one of the most progressive and widely-applauded moves in recent years, Minister Ong Ye Kung has since dismantled the streaming system. However, his purview is limited. Even a Minister cannot dismantle the larger inequalities in our nation.

Control or Freedom? Chaos or Comfort? This is the binary choice which Westworld Season 3 presents.

It is also a political Rorschach test. Whether you choose to side with Incite or Dolores might be a good indicator of how you would vote in the next general election. The show asks the most fundamental question in politics: What would you sacrifice for a comfortable, stable life?

These are rather unpopular questions to ask during a pandemic. Unfortunately, they are absolutely necessary. Right now, the temptation is to give up everything to defeat covid-19. Anything goes if we can flatten the curve. Take my data. Take it all and count the cost later.

But what happens when the contagion ends? The virus will eventually run its course, but the problem posed by AI/Data will remain for the foreseeable future. How nation-states choose to deal with the immense power of data technology will determine the shape of things to come. Israel’s Mossad is using its extrajudicial powers to contact-trace. China has already built a social credit system with little opposition or fanfare.

The robot hookers and cowboys are gone, but the show has only grown more disturbing as it leaves Westworld for our world. Or as Chernobyl often reminds us: “Reality is the most horrifying genre of all”.

Westworld Season 3 is available on HBO and HBO Go. If you’re dying of boredom, freeze all motor functions to catch up with reality. New episodes air every Monday.