Top image credit: ST.
The Speak Good English Movement’s latest advertorial assault has all the hallmarks of a good campaign: catchy copywriting, striking iconography, and a simple call to action. It wants us to “be understood from Marsiling to Melbourne”, “from Newton to New York” by using “Standard English in everyday conversation”.

Simple and striking? Yes. Sensible and logical? No.

There are a lot of things we can say to demolish these claims. That they are haunted by a post-colonial ghost. That they are classist. That they presume the existence of a universal and unchanging “Standard English” everybody in the world magically speaks, accent-free and grammatically precise.

But it’s not worth devoting an entire article to debunking them. We need only quote Lawrence Sia, who was President of the Singapore Teachers’ Union from 1971 to 1982. In the late 70s, prompted by a debate raging in parliament about the status of Singlish (sounds familiar?), he led a team to England to talk to linguists. His reflection on that experience speaks for itself:

We went to England … and got in touch with the London University, a lecturer, an expert on English language. … And her point is that in England there is no Standard English, in fact, they are worse than us.

Anyone who has watched the video of a Scotsman puzzling over whether a kilogram of steel or a kilogram of feathers is heavier can understand why the lecturer said there is no such thing as Standard English even in its birthplace.

We’re not here to launch into an angry tirade about the baselessness of the campaign. We simply want to stress the importance of celebrating Singlish and the Singaporean accent.

Why is it important to do so?

To quote Sia again: “A little interspersing of the local slangs does add flavour to the richness of the language”.

For instance, the first Singaporean poem to be written entirely in Singlish, Arthur Yap’s “2 mothers in a hdb playground” is loved by readers and academics alike, precisely because of its use of our vernacular. Robbie B.H. Goh, an English Literature professor at the National University of Singapore, describes the poem as capturing a “characteristically Singaporean … grammar and lexicon … [that] form the common currency of the Singapore people”.

In other words, Singlish, or any patois, for that matter, not only enriches our language, but also serves as a marker of identity. It endears the speaker to the local community, making them seem relatable.

Our politicians know of and constantly deploy this rhetorical strategy (to varying degrees of success): just think of kee chiu and si gui kia. According to Sia, even “Lee Hsien Loong and the Ministers use the dialect boh looi… [because as an] election tool [it’s] so effective”.

Of course, it’s not a zero-sum game: speaking ‘proper English’ does not preclude us from speaking Singlish or in a Singaporean accent. Our politicians code-switch to appeal to different demographics; in their everyday life, they might speak in a phonetically precise accent.

This is something Jason Leow, the Chairman of the Speak Good English Movement, is at pains to emphasise. He writes, “The use of Singlish outside formal and institutional situations is evident and widespread, and we acknowledge that it is a cultural marker for many Singaporeans … You don’t have to choose between standard English or Singlish. … If you can code-switch, more power to you.”

Moreover, isn’t it pretty hyperbolic (and close-minded and xenophobic) to argue that using Singlish or the Singaporean accent will make us unintelligible to a New Yorker?  On the contrary, it is more likely that someone who grew up in a bubble of ‘Standard English’ and was unexposed to regional slangs and dialects will be lost in New York’s sea of tongues.

And why should the responsibility of pandering to Western sensibilities fall on us? As any New Yorker would tell you, part of the city’s charm is the plurality of voices that swell like a strange, seductive symphony around you.

Along these lines, it seems contradictory to promote an authentic hawker culture on the one hand, and a sanitised language on the other. It’s rather like screaming to the world “char kway teow is an amazing Singaporean dish!” and instructing hawkers to describe it to foreigners as “rice noodles stir fried in soy sauce”. (Anecdote from my editor: “When I was on a flight back to Singapore I actually had flight attendants offer us ‘nasi lemak with curry chicken’ and ‘white rice with spicy chicken’ to ang mohs”.)

If the Speak Good English Movement truly wants to promote understanding and cultural immersion—in its call for Singaporeans to “connect with people across borders and cultures”—it should understand this: first, this relationship is two-way; second, there will be no culture left to connect with if everyone spoke in ‘Standard English’.

Speak Singlish then really nobody understand and got not cultural feels meh? Lai talk cock together at community@ricemedia.co
Share to
Related Articles 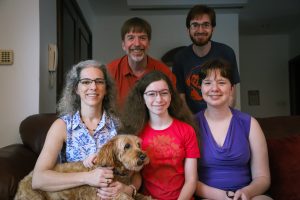 There's a preconceived notion that a “true” Singaporean speaks Singlish. So what happens to the Singaporeans who don't? 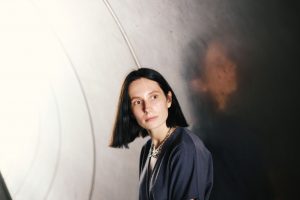 Photography by Marisse Caine.  After 13 years in Singapore, 22-year-old Callum Dunne was forced to leave in May. He lost his job, his visa expired and he couldn’t find new employment, leaving him with no option but to return to the UK.  “My entire life is in Singapore,” he said. “My 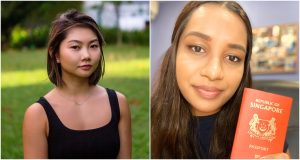 Disclaimer: Rice does not endorse or support any political party in Singapore. This is a series of voter profiles by RICE where we speak to Singapore’s minority communities and find out the issues that matter to them. Every year, the government grants between 15,000-25,000 new citizenships in S