The WP Has Won A Battle, But They’ve Got a Long War Ahead

At a press conference in the wee hours of Saturday morning, he claimed that he wasn’t feeling “euphoric” about the party’s performance, describing it as “pleasant surprise” but not a “quantum leap”, and that there “was a lot of work to be done”.

It was a noticeably measured statement, if one which also demonstrated the humility and grace which won the WP so much praise this GE. (Or perhaps he was simply exhausted after a very long few weeks.)

But if Pritam was cautious in victory, he was also right. Gaining more seats in a crisis election, against structural imbalances and expectations of the ‘flight to safety’ is a promising start for the WP in this Parliament. Nonetheless, the Workers’ Party has, well, its work cut out for it.

First, the WP will need to negotiate its ongoing legal tangles: the yet-unresolved police investigation into Raeesah Khan, and the albatross of the AHTC saga.

Raeesah’s election was an electrifying repudiation of gutter politics and a resounding vindication in the court of public opinion, but not the legal one. At time of writing, the AGC still has yet to confirm what, if any, action might be taken against her.

During a webinar organised by academia.sg on Saturday morning, Dr. Kevin Tan of NUS opined that the element of ‘deliberate intent’ under section 298A of the Penal Code would be hard to prove, but the AGC has not definitively ruled out proceeding with charges. Unless and until this is so, and depending on what penalties Raeesah might face, her disqualification remains a remote but not impossible outcome.

Meanwhile, given the strong showing by the WP’s Aljunied team, the viability of AHTC as a political weapon may have expired with this GE. Nonetheless, the case—which could take several more years to resolve—could have significant practical implications for the WP.

(A quick, over-simplified recap, in case you gave up following the last five years of drama like I did: Pritam Singh, Sylvia Lim, and Low Thia Khiang were all found liable for misuse of town council funds late last year, but will be appealing the decision.)

As a civil lawsuit, the case doesn’t currently affect the MPs’ Parliamentary positions. However, in the event that the appeals fail and the MPs are unable to afford the damages owed to AHTC and PRPTC, this could cost them their seats in Parliament.

The second-order question here is the size of the damages, which is the subject of a separate trial in itself. AHTC and PRPTC’s lawyers have argued that they should amount to $33.7 million, while the defendants’ lawyers contended that the real quantum recoverable is only $15,710. If the final sum is significant enough to force the WP MPs into bankruptcy, they would be legally unable to hold office.

Like all incoming MPs, the WP’s Sengkang GRC team will have their hands full getting into the nuts-and-bolts of constituency work. But as representatives of a new GRC, unlike their colleagues in Hougang and Aljunied, they will also have to set up their town council from scratch.

The practical challenges this presents are difficult to understate. As town councillors, they will need to amass a huge amount of resources within 45 days (premises for the town council itself; manpower; infrastructure and systems, amongst others), set these up, and get operations in gear. (All town councils will also have to abide by new governance rules set by MND, born out of the AHTC saga and the AMKTC bribery case.)

Naturally, teething problems will be inevitable with a project of this scale. The new Sengkang team will need to be ready to address mistakes and manage residents’ expectations during the transition, on top of their other duties, and prove themselves credible managers/saikang warriors as well as compassionate advocates. Notably, they will be doing so as first-time MPs, and with three team members— Jamus Lim, Raeesah, and Louis Chua—who are newcomers to politics.

In the medium term, the team will need to make good on the issues they addressed in their campaign pitch. During the Sengkang GRC constituency broadcast, Jamus Lim highlighted demand for childcare centres, bicycle and PMD paths, and more communal spaces as issues the team will be looking into—all bids designed to resonate with the area’s famously young demographic, over and above the usual issues of ‘retail politics’ like covered walkways and estate upgrades.

It’s unclear how much funds they will have to work with to achieve these. Beyond money collected by the town council itself (through S&CC charges) and government operating grants, the third source of town councils’ income is grants from the Community Improvement Projects Committee (CIPC).

To access CIPC funds, MPs apply to the constituency’s Citizens’ Consultative Committee (CCC), an entity under the People’s Association (PA). The CCC assesses their proposals and disburses CIPC funds accordingly.

Opposition politicians have long complained that the CIPC grants are stacked in favour of PAP wards. AHTC, for example, has a markedly inconsistent funding history.

The Politics of Planning

In this, the practicalities of running a town council are inseparable from its politics.

If the WP’s experience taking over Aljunied Town Council in 2011 from the outgoing PAP team is anything to go by, this process may not be pretty (notwithstanding that this involves the carving-out and formation of a new town council, rather than a straight handover).

During GE2015, controversy ensued when the WP’s Aljunied team went public with complaints about how the PAP had made life difficult for them during the transition (and afterwards). For example, Pritam Singh recounted the following experience during a 2015 rally speech:

“When the Aljunied MPs took over the GRC in 2011, our first welcome gift from the PAP was the transfer of the leases of 26 community sites where Aljunied residents gather and bond, from the Town Council to the People’s Association. The seven Residents Committees in Eunos received a directive from someone, I don’t know who, not to engage or have meetings in the RC Centre with the incoming Workers’ Party Town Council.”

Only time will tell if the Sengkang team will face similar experiences. In any event, despite having defeated them in the polls, the new Sengkang MPs—and their WP colleagues in other areas—will have to reckon with the PAP’s entrenched grassroots presence in their wards.

One of the lesser-known issues which emerged out of this GE’s NCMP debate is how losing PAP MPs are automatically appointed grassroots advisers, while Opposition candidates, even if they win, are not.

This taps into the long-standing, acrimonious debate over the politicisation of the PA as a statutory board, and whether it undermines the authority of Opposition MPs. While the PAP has strenuously dismissed such claims, Minister Chan Chun Sing also confirmed that Opposition politicians are not appointed grassroots advisors on the basis that they “would [not] be willing or able to execute this role for the government of the day”.

In effect, this means that opposition MPs are closed out of influential positions in their own wards, while the PAP will be able to leverage their existing community networks and resources, such as community centres and PA-organised activities.

Over the next five years, the Sengkang GRC team will have to build and mobilise their own networks, but the PAP’s presence will be challenging to counter. Our Class Notes reported that for years after he assumed office, outgoing Hougang SMC MP Png Eng Hua was still correcting residents’ assumptions that he would be giving out bursary awards to students.

Finally, there is the long-range issue of what GE2020 means for the WP’s branding as a party.

The WP’s strong overall performance this GE, even in constituencies it didn’t win, can arguably be attributed to two factors. One, unhappiness with the PAP’s insistence on heavy-handed, abrasive politicking (and a corresponding appetite for a more ideologically diverse Parliament, with a healthier and more constructive political culture). Two, growing interest in the sorts of socially and economically progressive policies in its manifesto.

The upshot of this is that the WP’s support in GE2020 may have been spread across a broad church of voters: pro-Opposition diehards; its traditional base inherited from its days under Low Thia Khiang; swing voters who might usually lean PAP, but were put off by its toxic conduct; and younger, progressive voters.

The umbrella desire for a stronger check-and-balance and an aversion to gutter politics may have united all these groups in GE2020, but they may want different things from the WP going forward. Swing voters, for example, may not have the appetite for policies like a minimum wage or redundancy insurance, while younger voters may expect the WP to take a harder stance on issues like the repeal of 377A.

Over the next five years and beyond, the WP will have to find a way to retain these disparate groups while broadening its appeal to Singaporeans. It will have to make some strategic decisions around how to market itself, depending on where it thinks its core bases lie (in light of changing demographic trends, and how younger Singaporeans will age into voting eligibility by GE2025), and what it thinks Singaporeans want it to be.

The check-and-balance platform has served the WP well, and will continue to do so for several more election cycles. Ironically, its own utility as a marketing point will be eroded as the WP gets stronger. If the party manages to gain more elected seats in future GEs—structural challenges like the GRC system notwithstanding—voters will come to expect more of the party than just keeping the government on its toes.

At some point (though perhaps not for some time), the WP may need to begin marketing itself as an alternative government, especially as demand for diverse political discourse grows. Till then, despite holding only 10 seats in Parliament, the WP will need to find a way to keep its policy proposals on the radar, and establish a clear and authoritative voice on national issues.

All this said, it’s an exciting time for Singapore’s main opposition party. Beyond its electoral gains, PM Lee’s move to make Pritam Singh the official Leader of the Opposition will endow the WP with proper resources and staffing, although the exact scope and privileges of the role remain unclear.  It was a stirring and unexpected endnote to a tumultuous election season, and one which hopefully bodes well for Singapore politics in both spirit and substance.

But now that GE2020 is over, as the party has acknowledged, it will have to get to work—fast. Singaporeans will be watching closely to see how the hammer falls.

What do you think about where the WP is headed from here?  Send us your thoughts on our post-mortem at community@ricemedia.co.

Nothing to Do Except to Create: Youth Give Back to Society in Time of COVID-19 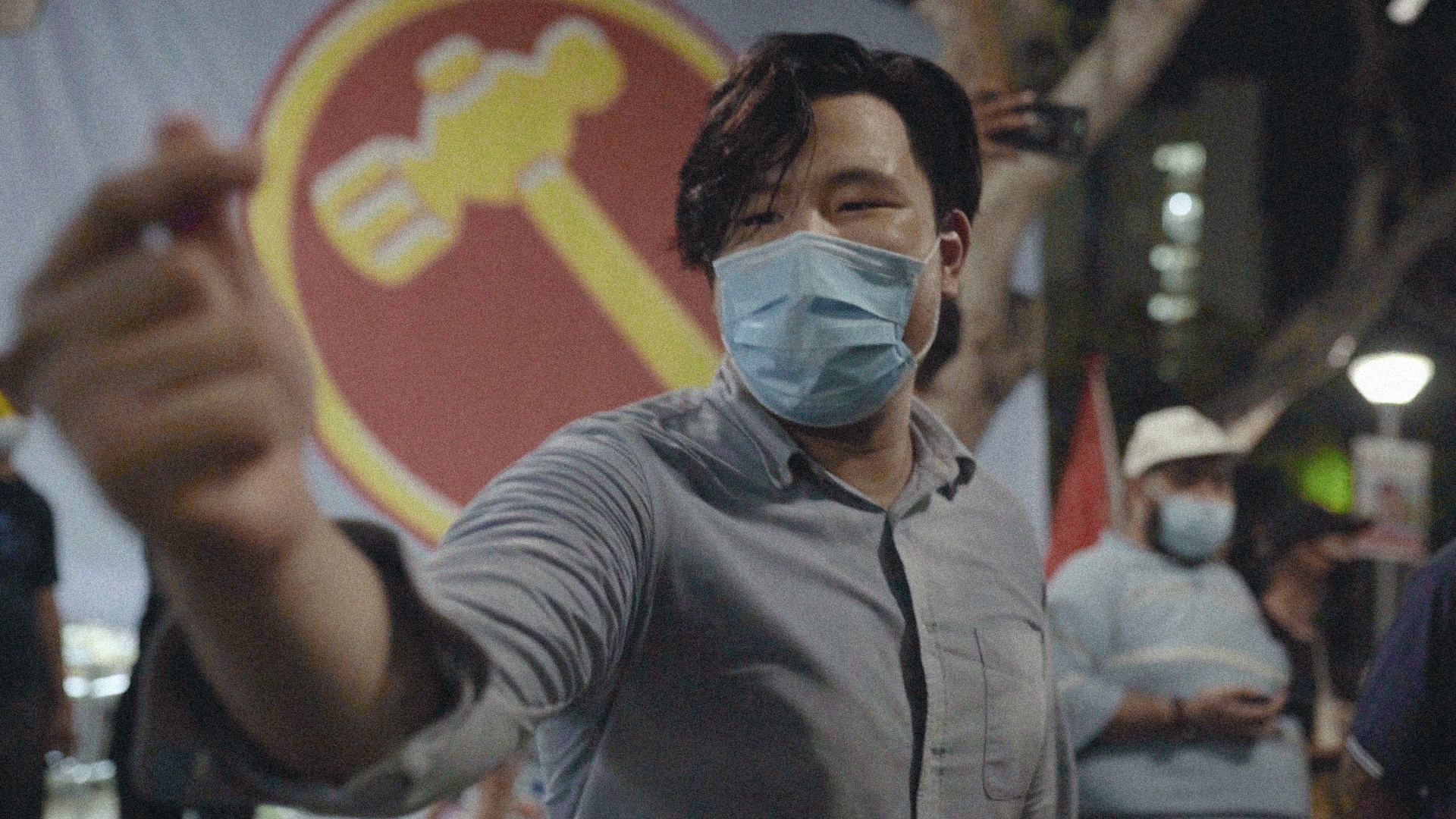