The Science Behind Hating Someone For Their Voice 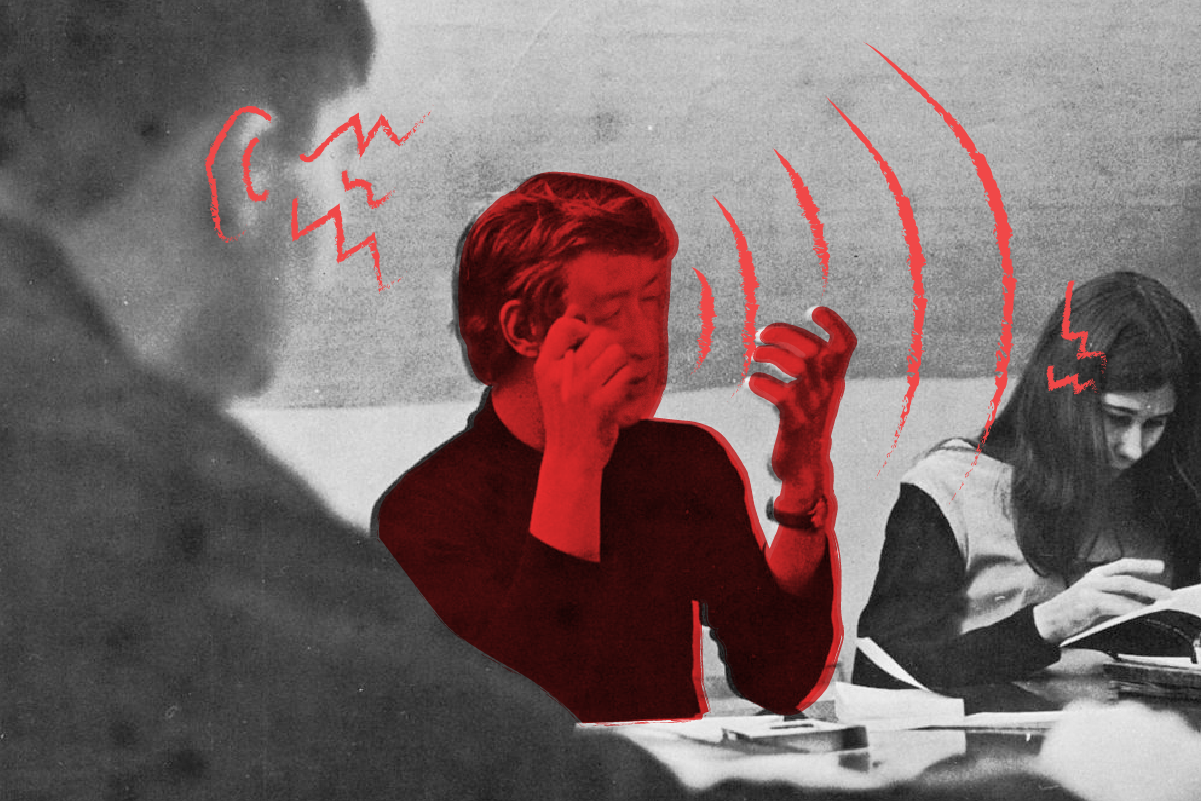 In a clip from 2011, current Member of Parliament (MP) for Macpherson SMC Tin Pei Ling swings between bubbly and composed as she speaks to the media. At more excitable moments, her voice rises almost to a “childlike” squeal.

In more recent footage from 2015, everything about her has changed.

She’s calm, confident, and her voice holds steady at what vocal coaches call a ‘middle C’. Her hair is different as well, and she now looks and sounds every bit the seasoned MP she’s become.

Brian Lee, a voice communication expert who founded Be The Voice Academy, tells me that it’s common for vocal coaches like himself to work with professionals and C-suite executives. This includes Members of Parliament.

“We understand that we find certain voices more soothing or grounded. And these tend to be deeper voices,” he says.

“High-pitched voices, on the other hand, can be unpleasant or cause anxiety.”

These sentiments are echoed by Carina Tien, who founded The Voice Room in 2003. She shares that CEOs who are speaking on stage, for instance, tend to tone down their voices in order to be perceived as assertive or authoritative.

In contrast, high voices tend to communicate high energy, and as such, “Don’t give people a serious impression.”

When the idea for this story first surfaced, I thought immediately of 26-year old Jeradine Phneah, a blogger who writes about socioeconomic issues.

I first heard about Jeraldine in 2013 when she joined Miss Singapore to raise awareness for her campaign to lift the ban on dialects on television. Despite her passion for facts and rational arguments, she’s been called a ‘bimbo’ on numerous occasions, and the way her voice sounds has been used against her while masquerading as criticism.

Jeraldine tells me that she never expected that anyone would react negatively to how her voice has a higher pitch than others.

“It doesn’t upset me,” she says, before candidly adding that she believes a bigger weakness of her communication style is that she’s too straightforward.

She then goes on to point out how, at the beginning of former British Prime Minister Margaret Thatcher’s career, she was criticised for having a shrill voice. Thatcher later received training to achieve a calmer and more authoritative way of speaking.

This, she explains, is why she decided to start adopting a lower tone of voice.

Yet for those who believe they “can’t help it” when they find some voices more irritating than others, science suggests they may in fact be right.

Using functional magnetic resonance imaging, they were able to map brain responses to 75 different sounds, ranging from “pleasant” to “aversive” ones.

What they found, as Dr. Sukhbinder Kumar from the University of Newcastle explains, is that the emotional part of the brain takes over to enhance certain sounds within a specific frequency range.

These are sounds in the frequency band from approximately 2400 to 5500 Hz. And when we hear them, our brain basically makes us perceive them as more unpleasant, connoting a possible distress signal.

Such sounds include a knife scraping against a (glass) bottle, chalk against a blackboard, and women screaming. On the opposite end are sounds like that of running water.

At the same time, pitch doesn’t appear to be the sole determinant of unpleasantness.

These are all sounds that invoke very specific experiences, memories and emotions. So for instance, you wouldn’t classify a baby crying as simply a ‘high pitched noise’. Rather, this is a sound that can cause some anxiety, often prompting one to take action to deal with the source of the sound.

And so when we hear the voices of individuals like Tin Pei Ling or Jeraldine Phneah, it’s not just sound we’re hearing. From their body language to the pitch of their voice, stereotypes subconsciously shape our inability to take them seriously just because they sound a certain way.

Sometime in the year 2000, the term ‘misophonia’ was coined. Literally meaning “hatred of sound” or “sound-rage”, it was proposed as a condition in which negative emotions and physical reactions are triggered by specific sounds.

In trying to determine whether misophonia constitutes a mental disorder, Dr. Steven Taylor at the University of British Columbia concluded in a study that the intensity of an emotional reaction to sound depends predominantly on three things: a person’s previous experience with a given sound, the context in which the sound is presented, and a person’s psychological profile.

It was observed that a heightened disgust sensitivity made some people averse to specific “soft” sounds like chewing or lip smacking. This, by extension, gives us insight into how our perception of high-pitched or “bimbotic” voices are very much shaped by our environment.

This includes everything from media representations of cultural stereotypes to how our parents screamed at us as children (a suggestion from Brian and Carina).

So when ‘bimbo’ or ‘ah lian’ evokes a very specific kind of female individual with a very specific kind of personality, this is likely a bias that has been nurtured over time. After all, the human female voice has a typical range of 165 to 255 Hz, and can rise to 3000 Hz in exceptional cases. This isn’t exactly in the “distressing, brain triggering” range as described in an earlier paragraph.

Joel Tay, who runs speech therapy service Voqol, tells me, “I think there are some universally recognized voices that are considered beautiful, pleasant, etc, and some aspects of the voice that are also culturally learned.

“A good experiment is to listen to the radio stations of different countries. Presumably, the DJ’s voice is an example of what that culture accepts as pleasant.”

This reminds me of what Krystal Choo, founder of social mobile app Wander, tells me.

She says, “My radio lecturer in school told me I read well but my voice is too shrill to be calming on radio. On another occasion she only said I sounded like a 12 year old girl. I was 18.”

In addition, Joel singles out research that has shown how politicians with deeper, lower, and more masculine voices tend to do better with voters. This is regardless of whether said voter or politician is male or female.

In a recommendation she received via LinkedIn, someone who had previously worked with Jeraldine says of her: “Don’t let her high-pitched squeaky voice fool you. Jeraldine is a highly intelligent, insightful and adaptable partner when it comes to analytic solutions.”

Jeraldine tells me that she really appreciated this, and says, “Instead of judging men and women based on the pitch of their voices, I hope that people would focus instead on what they have to say and how they treat others.”

Similarly, Krystal shares that because of the pitch of her voice, “I think men thought I’d be more “girly” or submissive and would treat me with that expectation. The opposite would be quickly established!”

She adds, “I think there is a deeper sense of care or protection as well, because of the same assumption and the stereotype that goes with it. I do little things within the conversation to drive focus to the content.”

When I then ask her if there are voices she herself finds grating or unpleasant, she tells me, “Yes. When the voice is too sharp, it hurts my ears. I also don’t like the sound of a voice when it’s very nasal, there is a certain unease about it.”

So there. If you do happen to find someone’s voice annoying, whether they are male, female, or anything in between, it doesn’t make you an asshole. But if you choose to let that annoyance inform how you behave towards that person, then yes, you are indeed an asshole. Just How Scientific is Singapore Science Park? A Not-So-Scientific Investigation

We take a trip down to some labs to mess around with test tubes, mysterious chemicals and the bright minds who work there. 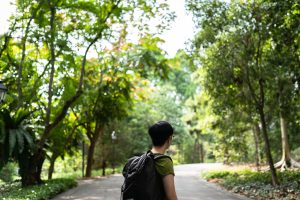 We’re Taught That Most Relationships Are Transactional, So We Treat Nature the Same Way

All images by Cheryl Tang. Like many Singaporeans, my first lesson in economics was learnt at my primary school canteen. For the first time I had to buy my own food—money in exchange for a good; $0.50 for a bowl of fish ball noodles. For much of the developed world, transactions are the way I Walked Across Singapore In One Day. For Science.

Many epiphanies were had along the way.