Writer’s Note
This was a column written by Shermaine Ng Xue Min, back in 2016 when a schoolmate and close friend attempted suicide by overdose. Then, the conversation surrounding mental health was not yet widely discussed, buried under a nation obsessed with values of grit, tenacity, and progress.

Shermaine’s thoughts and reflection on the incident, five years on, still rings true. The relevance of her commentary in this day and age is telling of how little progress we’ve made since, a disappointing and sad state of affairs that could have and should have been taken more seriously.

Fast forward to 2021 and, in the wake of the River Valley High killing, we see Singapore’s Ministry of Education finally taking proactive steps to ensure students and teachers are well supported in the areas of mental health and mental well-being. There’s also increased awareness and willingness to seek help as society starts embracing mental health as a necessary and crucial part of life to actively work on.

Students are now being told that reaching out for help is not a sign of weakness. They’re also asking to be equipped with tools on how to help peers who are showing signs of distress or suicidal tendencies. Are these initiatives sufficient or are we simply playing catch-up?

Shermaine’s commentary has been edited for length and clarity.

I was in Year 4 and studying at a single-ed school in Singapore when a dear friend, Jess*, became increasingly and intentionally distant. She avoided messages from friends, shunned company and often gave cold, one-word responses to our attempts at a conversation. Eventually, we decided to give Jess the space we felt she wanted—we called her out to the movies less, spent less time with her in class, and let time ease the detachment.

I remember vividly one fateful afternoon when another friend and I just caught “Finding Nemo in 3D” at Cathay Cineleisure. When the movie ended, we left the cinema laughing, arms linked, an empty popcorn box in the other hand. The high we felt sank to an immediate low when we saw almost 50 unread messages on our phones from the friend with whom we’ve parted social ways.

Our hearts dropped. In the frantic hours that followed, we called everyone we knew who could have been in contact with Jess, all the time crying, overwrought with worry that she might have taken her life—and all in the span of one animated movie.

We eventually learned that on the same day she sent those texts, Jess attempted to overdose. The impending sense of loss and regret and all that crying are now but fuzzy memories. Perhaps, the height of fear was so traumatic that the mind has buried it deep in our subconscious.

Thankfully, Jess remains a good friend, closer than many others, though this episode is still firmly etched in our hearts. The close shave with death and the one choice that almost made all the difference, though, is one I am intimately familiar with.

In my years in secondary school, I have heard about or known of at least one suicide occurring every two years. Even upon graduation, heartbreaking news such as this continues to spread across the school population like wildfire untamed.

While the anecdotes I share are drawn from the school context, I realise that this trend is observed nationwide and is in no way unique to my school per se. It’s tempting, though, and understandably so, to draw flawed casual relations if only to detach oneself from the fear-inducing truth that suicide is a choice that anyone has the power to make.

“We could never have seen that coming”

The Art of Thinking Clearly by Rolf Dobelli introduces the Confirmation Bias within the first five chapters and labels it the “father of all fallacies” and the “mother of cognitive biases”. Confirmation Bias tends to selectively intake information to support existing theories and perceived patterns we have identified.

It is our means of protecting our minds from the complexity of this world we live in, and it helps us make sense of our everyday stimuli. It is dangerous, though, to apply it on some occasions.

I was in Year 2 when I first heard of a suicide attempt by a schoolmate—my first brush with such news. The surprise that follows is often accompanied by oft-cited tropes like, “Wow, no one could tell” or “Who knew?” and the familiar refrain of “We could never have seen that coming”.

Naturally, I formulated the belief that such incidents were singular and anomalous—how else could we explain how hundreds of other students going through similar phases in life could choose to live on to the next day? How else might I rationalise or understand this terrifying choice that the individual had made? It had to be an exception.

In school, we have a ‘tradition’ of sending encouraging messages to fellow peers whenever a major exam is near. This, paired with the various kindness initiatives by the Peer Support team, left me puzzled how a nurturing and caring environment like this could allow the incubation of suicidal thoughts. I continued to affirm my belief that these incidents were anecdotal so as not to confront the alarming paradox. It was just easier.

In Junior College, we were often told to be thankful and appreciative of our privilege. Society taught us that any expression of negative emotions is an indication of weakness or a lack of gratitude.

We were convinced that our material possessions and tangible achievements were the only valuable assets. There is absolutely and undeniably nothing more we could ask for—our understanding of value was warped.

The clear lack of empathy

It is easy to attribute such principles and point fingers at the flaws within the school system. But the fact remains that the general public was equally complicit in shaping such beliefs, evident in newspaper articles and media that exaggerate anecdotes and draw inaccurate causal relations between the incidents of suicide attempts as synonymous with “being in an elite school”.

It’s further exacerbated by well-intentioned but misguided relatives who say, “you’re from School X, can one lah”, or worse, those who associate the very identity of being a student in an elite academy into a label analogous with expectations of high achievements.

The lack of empathy embedded in this culture that goes far beyond the institution’s four walls has silenced the unhappiness and concealed the symptoms of any festering problems we might face. “Good,” it seems, is the only acceptable answer to “How are you?”.

In my final months in JC, I remember struggling terribly with insomnia, suffering from countless sleepless nights, heart-thumping episodes, and indescribable anxiety. I finally decided to visit a school counsellor—a first for me. The visits were followed by messages that showed consistent and reliable support from the counsellor and comfort in knowing that I could always seek help where I needed it. Friends who knew I had seen the counsellor also showered me with hugs and daily words of affirmation.

Admittedly though, there was a hesitation before letting anyone know that I was going to the counsellor at that point. It was as if I would be admitting to something being very wrong with me, some kind of problem I couldn’t resolve. I silenced myself for fear of judgment.

Herein lies the problem. There is a stigma lobbied against those who extrovert their feelings of negativity and externalise their struggles. It is ironic that while everyone knows that life is an oscillating narrative, we only listen with most empathy at the part where “life is a bed of roses”.

One would expect that with our understanding of the value of human life, we would protect it at all costs, but how ‘acceptable’ is getting help and how much do we encourage the most effective forms of suicide prevention in the society that we are all a part of creating?

As of 2015, Singapore has seen an average of 400 suicides every year on top of another 1000 cases of attempted suicides. National Statistics show that the bulk of the cases come from young adults aged 20-29 years old, while the numbers for youth suicides have recently reached a 15-year high.

Let every news of suicide be remembered; let us not brush off every individual’s choice as an ‘exception’ or ‘anomalous’. It is not okay that the choice to take one’s life is this prevalent. There must be something we can do as individuals.

At the core of it, it’s worth remembering that, inherently, we matter as human beings. The prizes, achievements, trophies, tangible outcomes, the ‘paper chase’, and grades are but a fraction of our being.

Dr Chia Boon Hock, a psychiatrist that specialises in cases of suicide, said the faster pace of life, coupled with the fact that those aged between 20 and 29 “expect a lot and want a lot more”, contributed to the higher number of suicides.

Perhaps, the true challenge is to look beyond the initial judgment of a person’s achievements and to learn the virtues, beliefs, and character that make the rest of the person. Doing so might just encourage everyone all around us to strive for a more balanced gauge of self-worth.

The most heartbreaking of all that underlies suicides is not only the aftermath of loss with no return but also the unimaginable sense of isolation that had paved the way for such a choice. My favourite poem on Solitude by Ella Wheeler Wilcox amplifies the loneliness that we experience in our day-to-day life because we don’t embrace not being okay enough.

It’s time we gave praise to the courage of those who seek professional help from counsellors and talk openly about difficulties and unhappiness.

My younger self did not see the prevalence of suicide simply because it was yet to be a regular occurrence in my sphere of knowledge. Only when you persistently experience this terrifying experience of loss do you see the magnitude of the choices we make and the gravity of the issue on hand.

The apathy that is encapsulated in oft-repeated familiar consolation (“life goes on” or “the institution will do something about it” because “the system is at fault”) is indicative of our increased desensitisation. Perhaps, it is to protect ourselves lest we’re left feeling helpless. But in this case, where we are the very agents of change and prevention, it is imperative that we try. Let’s start with #howru.

*Names have been changed 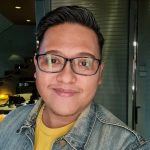 I've known my closest friends for 11 years. Yet, we still can’t be emotionally intimate with each other. It’s high time that changed. “Ma! Kor Kor Hit Me!” — The Sibling Bullying We Too Easily Dismiss

For most people, bullies come from school. I had those too. But the biggest one was the one waiting for me at home—my sibling.