Mulan Review: Not Quite Dishonour, But A Disappointment Nonetheless 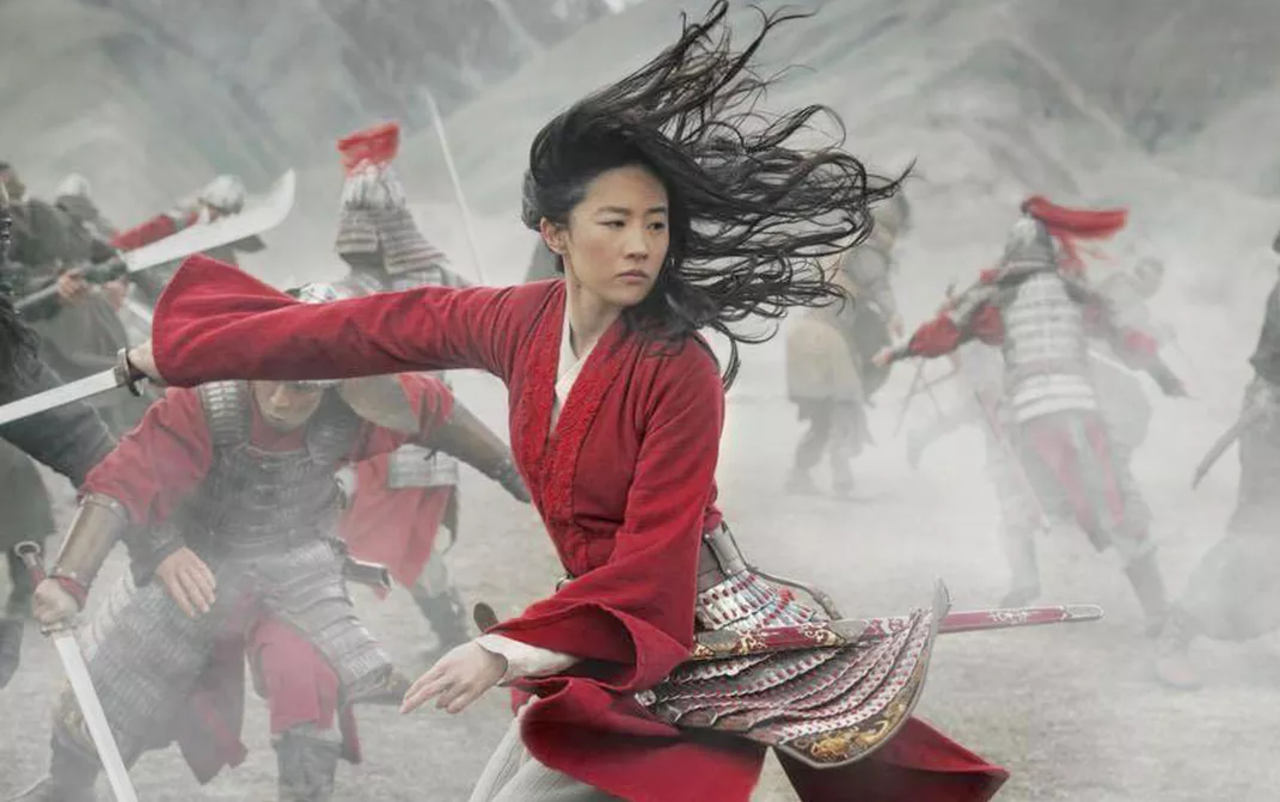 Let’s get down to business: there’s nothing technically bad about this movie. I don’t feel like I wasted my $13.50, nor was I seized by the urge to stand up halfway and cry, Pack up, go home, you’re through.  It’s just not very good.

It’s a shame, because I really wanted to like this live-action Mulan. Scratch that: I wanted to love it. The first time I watched the trailer, I honest-to-god choked up.

How could I not, when the familiar orchestral strains of Reflection—the ugly-cry ballad to end all ballads—played while our heroine rides out against the snow-capped mountains? How not to sniffle when her ailing father, asked if he has a son who can fight in his stead, replies that he is blessed with two daughters?

The 1998 animated version has, without question, some of the best characterisation and songs in the Disney Renaissance (fight me). This successor, in true Asian child fashion, was thus born carrying the weight of crushing expectation.

It’s Disney’s $200 million attempt at courting the Chinese market, yes, but it also has to do justice to one of its most beloved heroines (the only East Asian one to boot, with an explicitly feminist bent), satisfy its LGBTQ+ fans without losing mass-marketability, and navigate a host of other cultural and geopolitical minefields along the way. Unfortunately, it struggles with the first responsibility of any film: telling a good story.

The plot follows the 1998 version fairly religiously, and we all know what happens there, so I won’t waste your time with a full recap.

This version opens with young Mulan chasing a chicken around the village. Her indulgent father and despairing mother fear that their spunky elder daughter will suffer in adulthood, because spunk does not win husbands.

There is a nice reference to the original ballad, with grown-up Mulan telling her sister about spotting two hares running side by side. Everyone repeats ‘bring honour to our family’ and ‘loyal, brave, and true’ like they’re studying for the gaokao. There is a gross mischaracterization of qi. So far, no real surprises.

When early details of the live-action film were released, fans like me were distraught to learn that the songs (along with characters like Mushu and Shang) would be axed. Whoever decided this should be tied to a tree and tortured with bamboo slivers. But the loss of the songs, while tragic, isn’t the real problem.

It’s that much of the animated version’s emotional development also took place during the songs. This film’s writers, for reasons I cannot fathom, don’t seem to have realised this or made up for it elsewhere. Their script has plenty of gorgeous sequences, but a hole where its soul should be.

Character interaction is minimal, and so is world-building. Nobody develops enough of a relationship or gets enough lines in to make an impression, and the comic relief and joy which suffused the original are sorely missing. The Chinese Matchmaking and Ah Boys to Men scenes are all there, but with less dimension than the cartoon did.

This problem recurs throughout the film: every time it runs up against a Big Emotional Moment, it stutters.

Mulan from the 1998 film was completely useless when she first showed up at the camp. 2020 Mulan, by contrast, has been training in secret since she was old enough to hold chopsticks, so all she has to do is pretend to be useless. All it takes is a sparring match with her obligatory love interest to reveal that she’s actually a combat prodigy.

Similarly, the gender troubles never quite convince, although Mulan spends the first third of the film panicking about passing. In fact, her alter ego makes such a good catch that Donnie Yen’s commander jokes about marrying his daughter to her (ha).

It’s hinted that said obligatory love interest, Honghui, suspects something’s up, so there’s nothing much to betray. And significantly, Mulan unmasks herself, so the big reveal falls flat. (One of the most unbelievable things about the film is that she neglects to slice off her hair, so Liu Yifei slays warlords while looking like a Herbal Essences ad.)

Removing any sense of true struggle stops the audience from journeying with the characters. We don’t really buy Mulan’s transformation, so we’re not invested in her triumph, either.

It’s the same with her isolation. Although Donnie Yen takes pains to intone repeatedly—seriously, nothing in this movie means anything unless it’s said 5x—that the penalty for any minor infraction is death, the stakes never seem truly real. I felt absolutely nothing when he exiled Mulan to her disgrace, moments after she saved all their asses.

Not all is lost. The film is visually stunning, and the battle scenes are especially glorious. Director Niki Caro has clearly studied Peter Jackson’s Lord of the Rings playbook—shots from the mountain siege could’ve come out of the battle of the Pelennor Fields—and added the breathtaking combat scenes of Zhang Yimou’s wuxia epics, complete with people running up walls.

The most compelling element of the film by far is Gong Li’s character, a shapeshifting witch who ends up a sort of Darth Vader figure to Mulan’s Luke Skywalker.

She’s at once Mulan’s foil and a kindred spirit. Both are exceedingly capable women who’ve infiltrated the world of men, and can only gain their acceptance (or what passes for it) by hiding their own strength.

But the difference between them, the movie suggests, is not that Gong Li dared to be unapologetic about her abilities and was punished for it. It’s that she chose the wrong side.

On the other hand, the only thing holding Mulan back is herself. Even after unmasking herself, she never becomes a credible threat; the bros and patriarchs around her mistrust her not for her strength, but her deception. (Still, it’s an affecting moment when her ex-comrades, one by one, decide to heed her warning. A group of men saying I believe you to a woman: what greater fantasy could there be?)

In fairness, this is Disney, so we shouldn’t expect a robust interrogation of the patriarchy. Still, it’s a little disappointing that it seems to subscribe to the Sheryl Sandberg School of Feminism. Unbind your breasts, lean in, and claim your destiny, it suggests, and voila: no more hostile men! And with that, what could have been a compelling exploration of female ambition is thwarted.

Like so much else, this is a pity, because the film’s got so many riches to work with. Mulan’s story has proved a remarkably flexible avatar for gender/identity/piety/power for centuries, but even without all those things, its emotional core is timeless: the fear that no one will love you once they see you as you truly are. Still, it’s hard to love something when—as the film’s reflection shows—there’s just not much inside.

The only right opinion is Team Cartoon, obviously. But if you think otherwise, tell us at community@ricemedia.co. 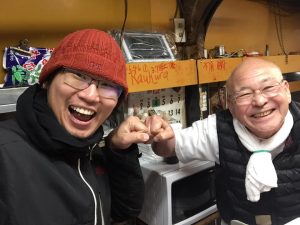 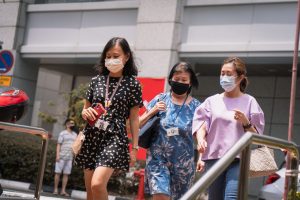 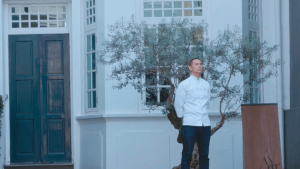 Once upon a time, in the gentrified streets of Bukit Pasoh, sat Restaurant Andre, a fine-dining establishment under the helm of one Andre Chiang. In the span of a few short years, the combination of his vision, determination, and culinary sorcery propelled it to the top of Singapore’s gastronomic 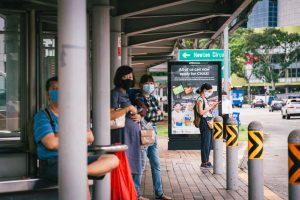