No Singaporean Really Expects to Win Toto, But It’s Bonded Us Since the 1960s 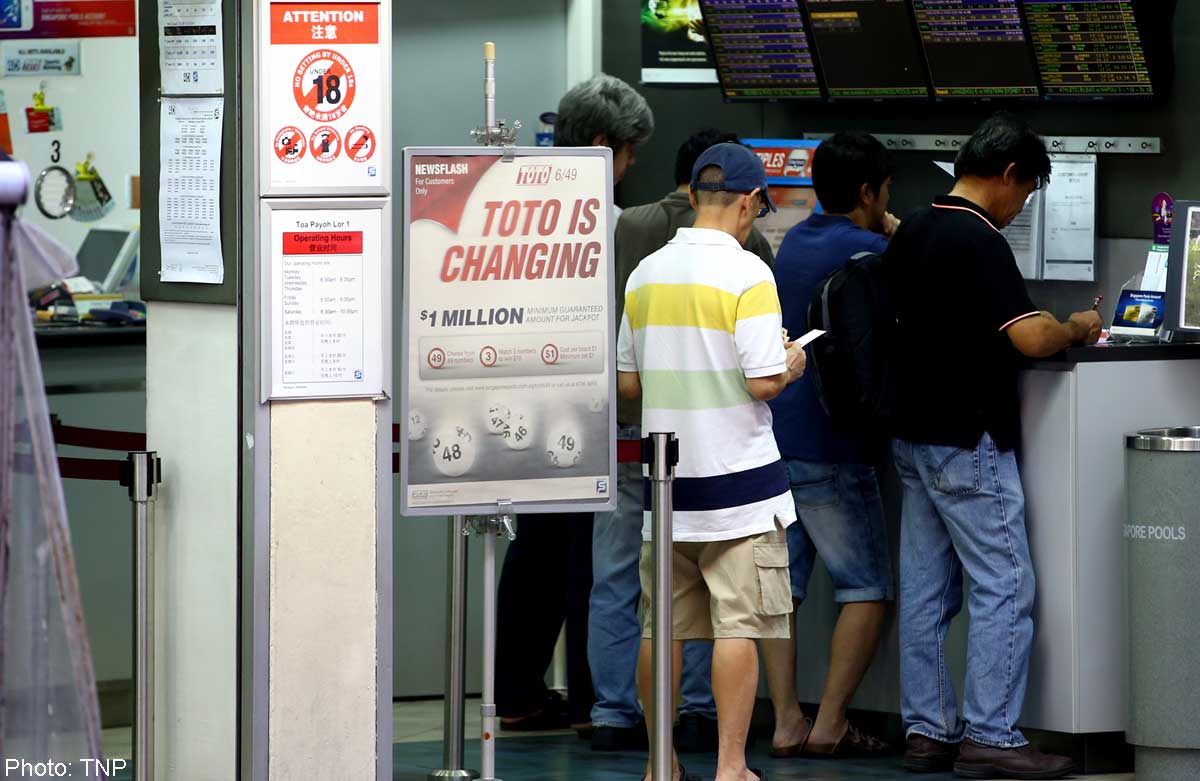 Particularly after the recent $9 billion pump by both operators into our integrated resorts, the subject of gambling has been under increased scrutiny. Just as how Marina Bay Sands sanitised gambling, Toto can be seen as a revenue generator guised under the veil of state-sanctioned gambling. It is hence unsurprising that over time, the emphasis on problem gambling has muted the benefits that Toto has had on responsible gamblers.

While an unpopular and hard pill to swallow, Toto has indeed contributed towards bonding Singaporean Chinese for over five decades since its inception, consciously engineered by Singapore Pools or otherwise.

Queueing for Toto (alongside alcohol) once you reach the legal age is a cheeky ritual. The triumphant moment of flashing your IC to the counter for verification marks the inception of a new stage in life. The entire process of brainstorming a series of numbers strung by inspiration, revising the numbers again and again, grabbing the pink square of paper that can change everything, and tearing it up in anger after losing is a passage of life that all of us go through at least once.

From young adults to the elderly, the draw of the draw remains obvious and constant: buying Toto is tantamount to purchasing the hopes of a comfortable and early retirement, undoubtedly a rare occurrence here in Singapore.

I recall visiting my grandfather at a public hospital while he was undergoing cancer treatment. After setting foot into a ward filled with patients and visitors one evening, I realised an overbearingly tense, uptight, and almost eerie silence. Blank-eyed, everyone had ears glued to the radio, trying to catch digits spouted in the most neutral and robotic manner.

The scene then transformed into chaos, with collective whines and sighs on how close they were to winning, how only a mere number was off, and how they regretfully changed their winning number at the last minute.

Sprinkled with a few vulgarities from various Chinese dialects, the conversation amongst strangers held on for at least 15 minutes before dispersing back into their respective social clusters of patient-visitors.

Even in a cancer ward where spirits were low and days were ominously numbered, Toto connected people.

Community-based gambling is not something unique to this day and age. In the past, many zi char restaurants doubled as gambling houses. The communal aspect of gambling that brings about solidarity amongst locals extends beyond Singapore Pools, and is manifested in other aspects of life. Singapore Pools only serves as a trigger to more conversations, as a starting point of small talk that binds the community.

Just because something is bad when people grow addicted does not mean that the rest with self-discipline should be denied the chance to enjoy it sparingly. Other vices, such as alcohol, can also have serious repercussions.

All this means is that measures to curb and educate should be in place as opposed to banning it entirely. Gambling, in most instances, as statistics have shown, is indulged in casually and responsibly. In most instances, it does good as a social glue and pastime.

It gets problematic, however, when you examine the demographics of individuals drawn to physically queue for Toto with obsessive regularity.

A significant number of them are the elderly, blue-collared workers, or low-income workers who can afford to spend the money more meaningfully elsewhere, such as in re-skilling or up-skilling to seek higher income and contribute better to the economy. Being drawn to the prospect of a financial windfall can signal a variety of motivations not limited to greed, optimism and boredom, but also undertones of fear—specifically, fear that there will be insufficient funds to tide one through retirement and sickness.

This points to the lack of an adequate support system that can stem from one’s own family or the government. It may even seem, at this juncture, as though Singapore Pools is exploiting the financial circumstances of such individuals to profit. The destructive repercussions of gambling addiction on the gambler and their loved ones, regardless of the statistics, need no further elaboration.

With this as the backdrop, it is important not to neglect the benefits that Toto has on responsible gamblers who do so well within their means.

While pathological and problem gambling rates in Singaporeans and Permanent Residents was at 0.9% in 2017 up from 0.7% in 2014, median bets were at SGD30 a month in 2018 up from SGD20 in 2014. This median bet amount also seems healthy considering that the median gross monthly salary for full-time workers is above SGD4, 400. This goes to show that there are responsible gamblers in the midst who are doing so without compromising on their well-being and finances.

For this group of people, Toto is harmless slips of hope and entertainment.

Toto has been providing the nation with something to look forward to every Monday and Thursday, at 6.30PM (or 9.30PM, if it is an exciting cascade draw).

Since the 1960s, Singapore Pools has stayed by our side, like a guardian. It sometimes leaves you for a bit, but is always trustworthy enough to revisit your life milestones. When you are young, Toto visited you in the form of scrunched up paper numbers as your grandparents innocently tell you to pick some numbers before scurrying off. After graduating from school, getting a car, buying a home, getting married, or having kids, Toto would come knocking on your door, often with its friend, 4D, and demand to be bought.

Even after the passing of a beloved, the seemingly inappropriate topic of Toto would come up after a period of grief in hopes of getting at least something remotely good after all that happened. Toto pervades our lives, from the moment we are born to after we are gone.

Following the legalisation of online betting services for Singapore Pools since Oct 2016, millennials were better able to engage and get into the game with ease. Over half of Singapore residents aged 18 and above have participated in at least one form of gambling activity. This is unsurprising given the presence of mobile-friendly websites and convenient mobile applications.

Mindless queueing is a thing of the past. Now, you can be that annoying, less technologically savvy and lazy friend who asks, “Eh, can help me buy Toto online not ah? I PayNow you.”

You can be an anti-gambler who scoffs in disapproval at such unhealthy habits, a phantom gambler who buys once in a blue moon when you ‘suddenly got feelz’, a casual gambler who routinely spends within means, or a habitual gambler who can’t wait for automated bets to arrive. You may be at the mercy of office chatter generated from the X million cascade grand draw. Regardless, Toto has greeted you in one way or another.

Toto, like all businesses, has evolved with Singapore over the years. Beyond its digitalisation, the marketing collaterals have come a long way from mirroring aesthetics of online virus clickbaits with its loud and eye-piercing graphics, to a careful balance of the colour wheel amidst tasteful design.

While pathological gamblers are a problem, responsible gambling within means has remained a good glue across generations.

On a personal level, as I become a young adult, it is obvious how Toto acts as a linking bridge connecting me with my parents at random moments. I actually look forward to the emoticon-filled text messages from my dad offering to buy Toto during cascade draws.

When feeling tired on Mondays, or when you are almost giving up on Thursdays, Toto swoops in as an additional thing to motivate you to get through the day. It is a great conversation starter that can be easily brought up and quickly extinguished without hard feelings.

While Toto losses end up in mild disappointment, it never runs deep. We all know for a fact that winning the Toto is close to impossible. After all, you are four times likelier to spot a UFO, and we all know how rare UFOs are in a sunny island like Singapore, than striking the Jackpot with one Toto ticket.

However, if a dollar can buy some harmless thrill and excitement amidst the concrete CBD walls and annoying open-plan workspaces, why not?

I have, out of curiosity, dedicated a couple of hours scrutinising and analysing Toto trends in hopes of finding some magical way to beat the system. I thought that I could be the next Toto Master after figuring out the probability of each number appearing, rearranging them into top permutations, and buying a list of combinations to maximise the chances of winning. (Spoiler: I couldn’t.)

I guess the trick to winning is to be kind-hearted and generous, like this Jackpot Aunty who gave away her windfall twice.

But for that, I will need to win the Toto first.

This story is not sponsored by the National Council on Problem Gambling.

Nonetheless, problem gambling in any form has serious repercussions on the gambler and loved ones. If you need more information or assistance on problem gambling, do not hesitate to call the National Council on Problem Gambling at 1800-6-668-668 or access their webchat services. 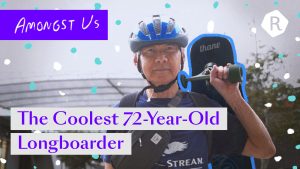 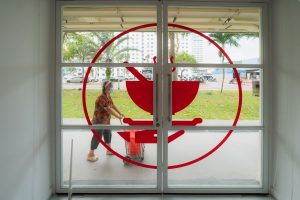 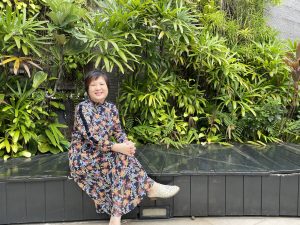 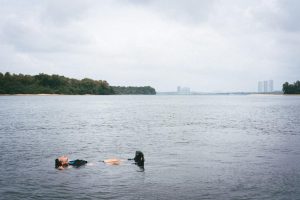 Five Singaporeans share their motivations for pursuing the FIRE philosophy with one taking a slightly different route than usually prescribed.